Superhero Teams That Need Their Own Video Game

From the Avengers to The Guardians of the Galaxy, video games about superheroes have been around for decades. While certain comic book characters have gotten the video game treatment more times than we can count – we’re looking at you Batman – there are a plethora of others who’ve been left by the wayside. 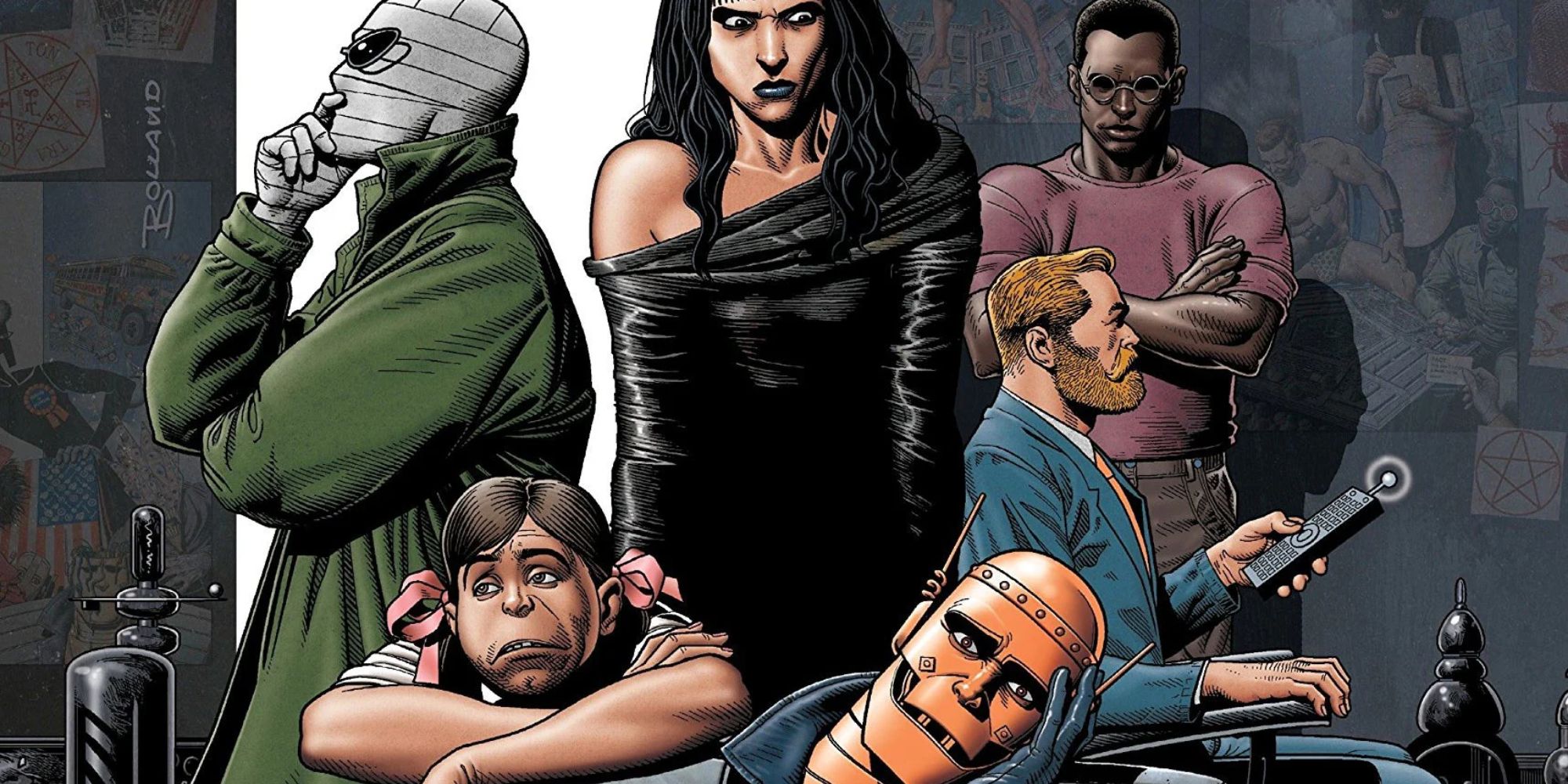 You’ve almost certainly heard of the X-Men. They somehow got eleven movies – ten too many if you ask us – a ton of games and of course enough comic books and spin-offs to last you multiple lifetimes. However, you’ve likely not heard of their slightly less popular but far superior DC cousin, the Doom Patrol.

If there is any superhero team more deserving of a video game, it’s these guys. Dealing with mental health issues on a daily basis, fighting surreal and abstract villains like there’s no tomorrow, and dealing with a guy who hunts people with beards – no, really – it’s baffling these guys haven’t already gotten a game or two. Let’s get the Doom Patrol name out there and maybe sideline the X-Men for a while. It’s about time. 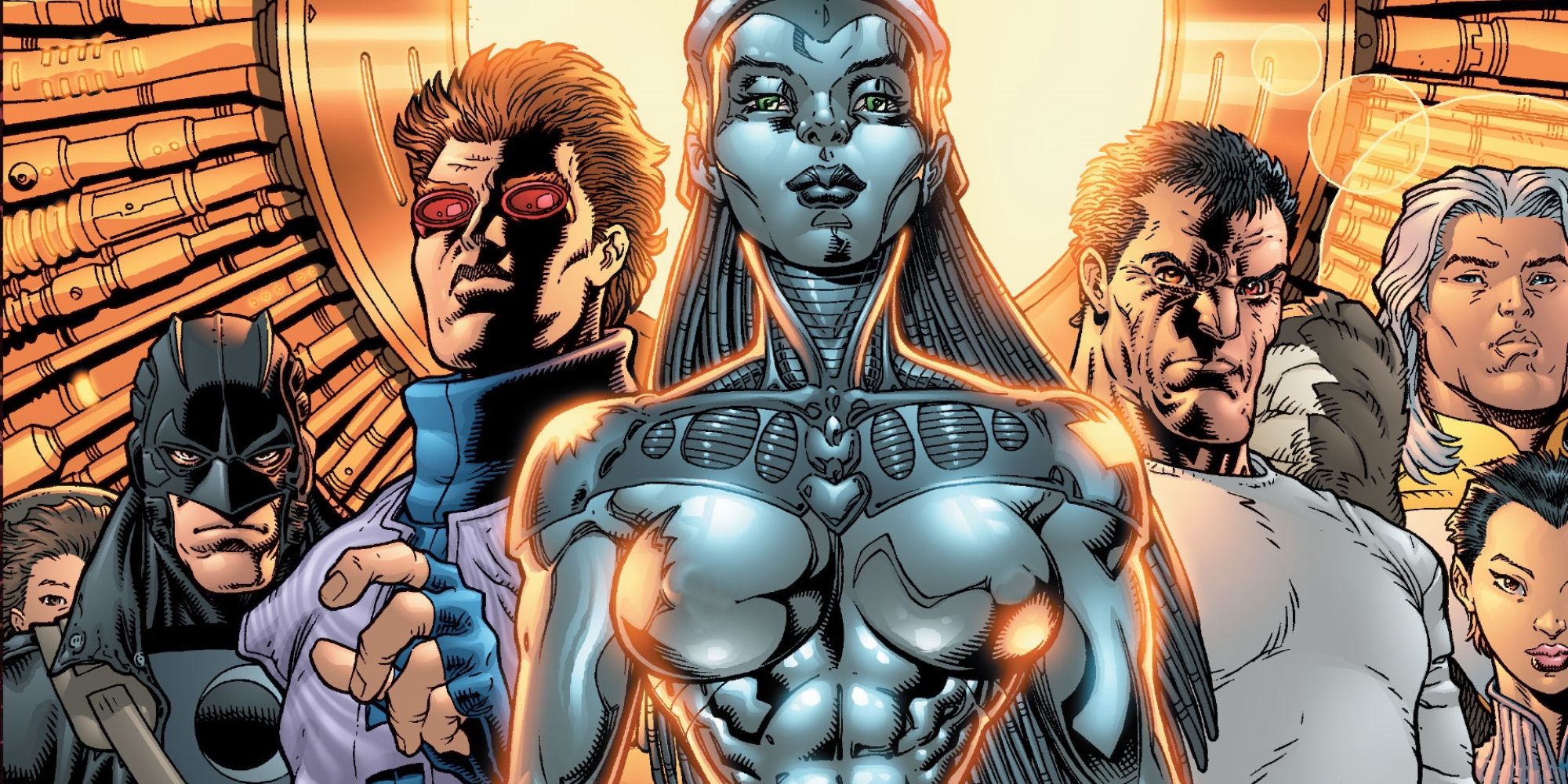 When you think of popular and established superhero teams your mind probably doesn’t picture The Authority. Like the Doom Patrol, these guys pushed the boundaries when it came to what it means to be a superhero. With characters like Midnighter – yes, he’s basically Batman but cooler – The Authority proved to be a little more chaotic and nuanced than your JLAs of the time.

With such a diverse cast of characters to choose from – not even counting those that join post the Outer Dark story arc – you’d certainly have an interesting video game on your hands. Of course, it’d have to be more narrative-focused, perhaps more akin to the Telltale games. However, no matter how you slice it, a game centered around The Authority would be a one-of-a-kind experience, that’s for sure.

7 The Guardians Of The Globe 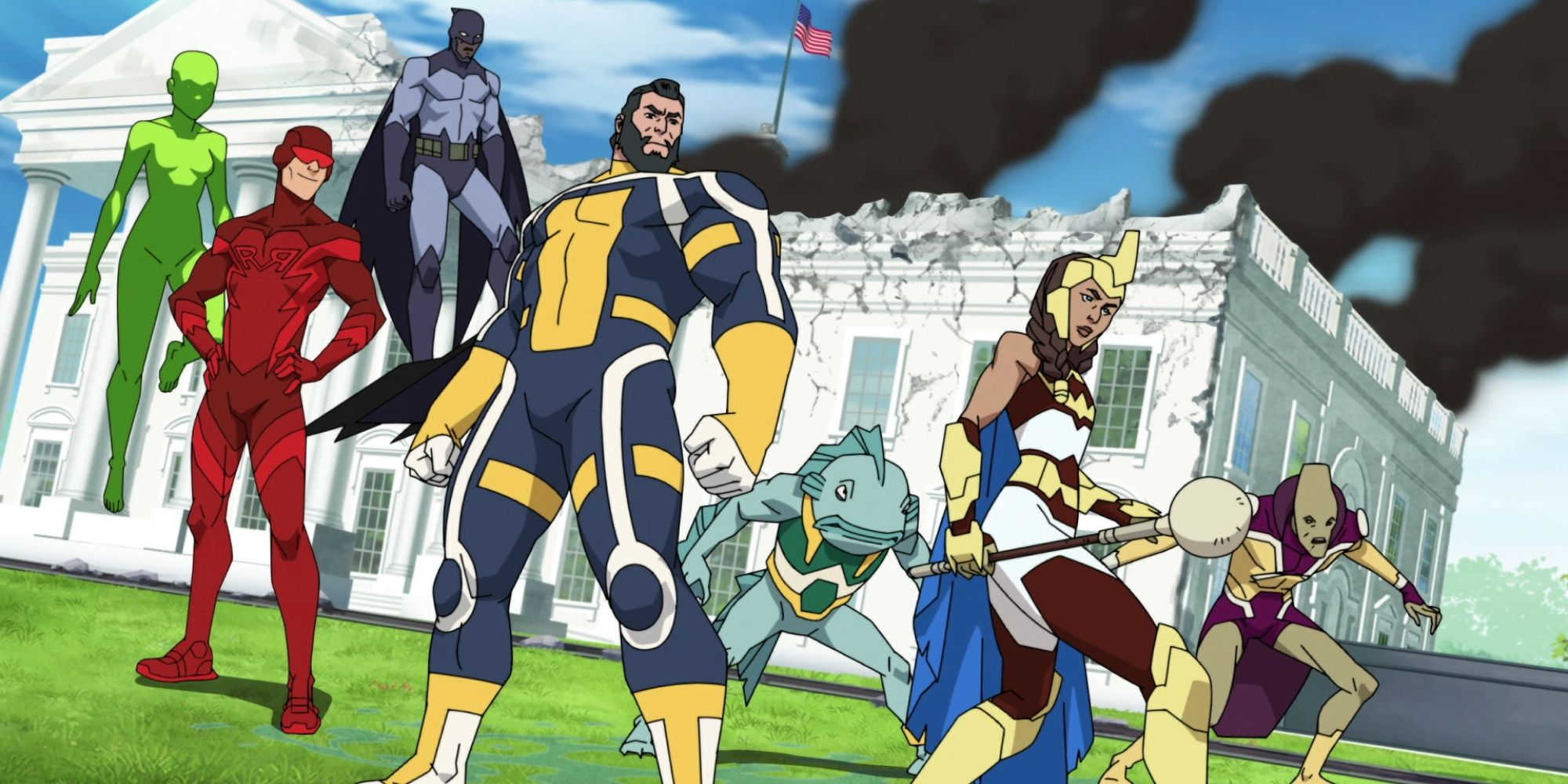 So, you’re probably wondering why The Guardians of the Globe – a group of superheroes brutally murdered at the end of the very first Invincible episode – deserve their own game? Well, it’s pretty simple really. They’re absolutely badass and would have totally won that fight. But that’s neither here nor there.

A prequel video game exploring the founding of The Guardians of the Globe and expanding on its core team members would be something special. The writing of Invincible is truly masterful and explores superheroes in a way that’s never really been done before. Transitioning that to a video game would be phenomenal, and could even act as a deconstruction of superhero video game tropes. Or it could just be a fun fighting game set in the Invincible universe. 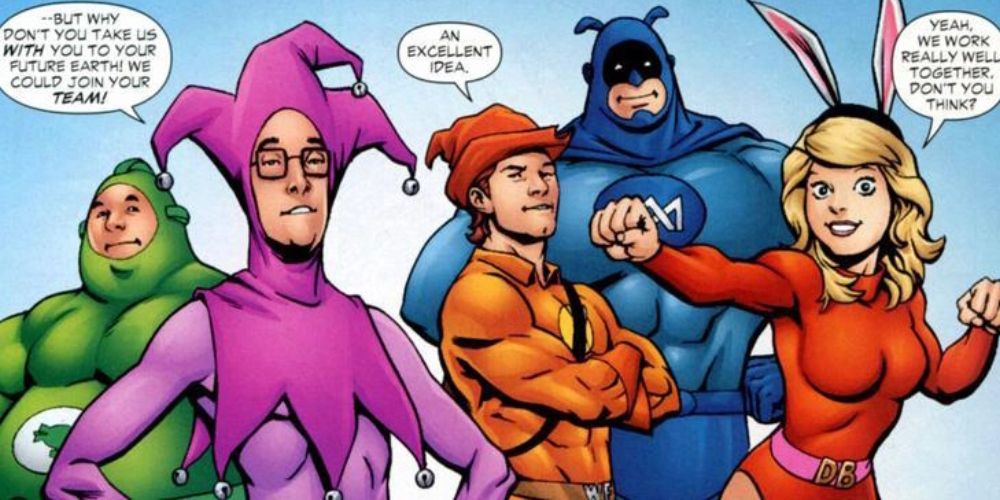 Okay, so this one is kind of a joke. Well, mostly. The Inferior Five were a parody superhero team – and are possibly the most obscure DC characters on this list – who took on a litany of joke villains including the Egg Men and a green hulking like figure called Man-Mountain. Their team members consisted of the less than spectacular children of a more experienced superhero team. For example, The Blimp was the son of a Flash-esque super-speedster, and his power was that he could float very slowly, not unlike a blimp.

So while this is mostly a joke entry, the Inferior Five could actually prove to be an interesting set of characters in a video game. If you put them in a visual novel format you could explore their various insecurities and difficulties with dealing with overbearing parents. It wouldn’t be too dissimilar to the Jupiter’s Legacy Netflix show, only in video game format. Frankly, it would be the perfect way to bring back this parody team. 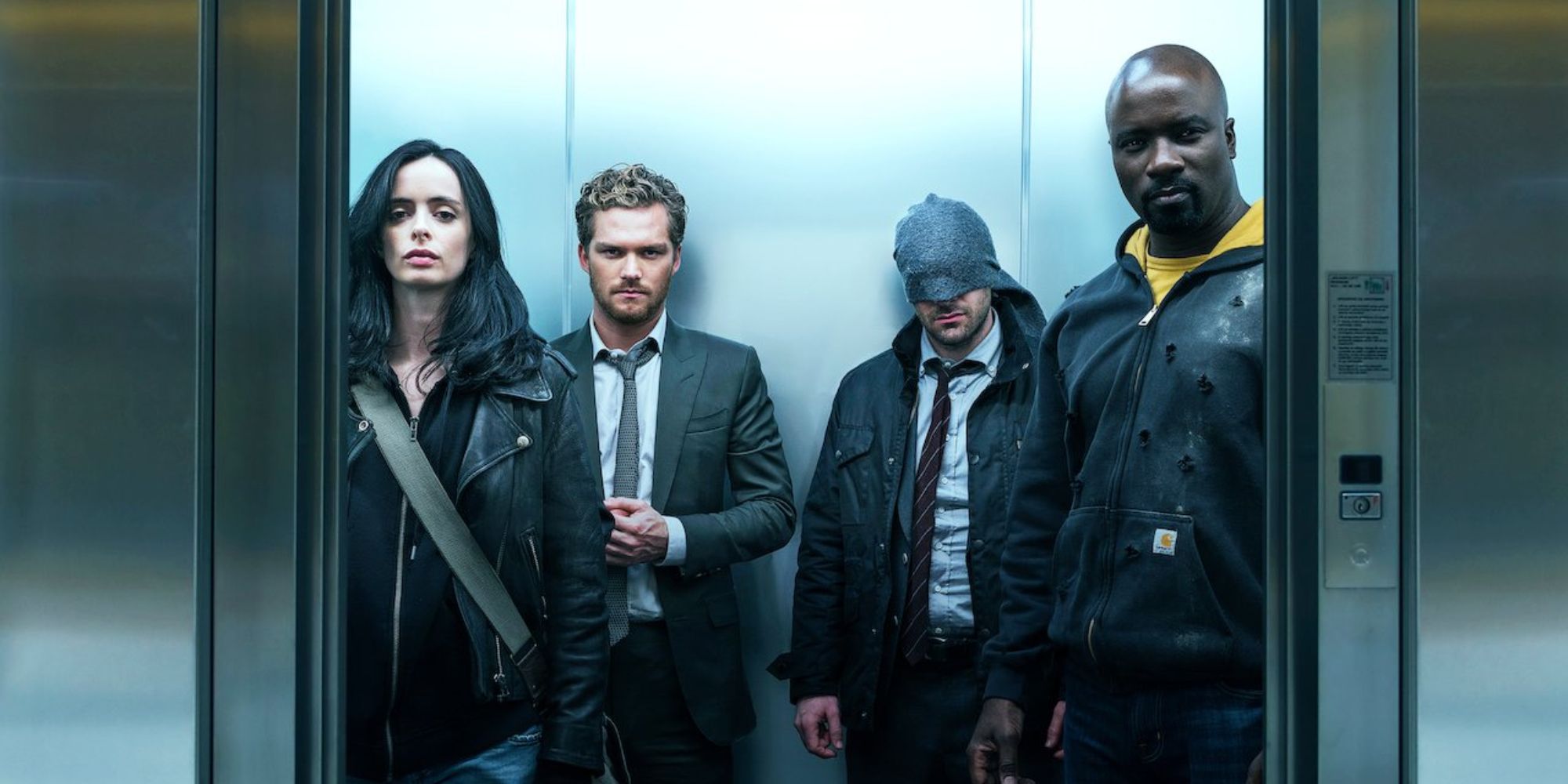 The Defenders have had a lot of incarnations since their inception way back in 1971. Featuring team members such as The Hulk, Doctor Strange and the criminally lesser-known Namor, this fighting force has been taking on otherworldly beings for quite some time. However, while you could really make a video game about any of the various line-ups, by far the most interesting is Netflix’s 2017 group.

Consisting of Daredevil, Luke Cage, Jessica Jones and Iron Fist, this ragtag group of mixed martial arts and super-powered people would make for fascinating video game characters. You could set it on the grimy, grungy streets of New York – the kind Spider-Man tends to miss as he’s swinging up above – and include a Yakuza-style fighting system. Being able to switch between each character on the fly would be fun too. 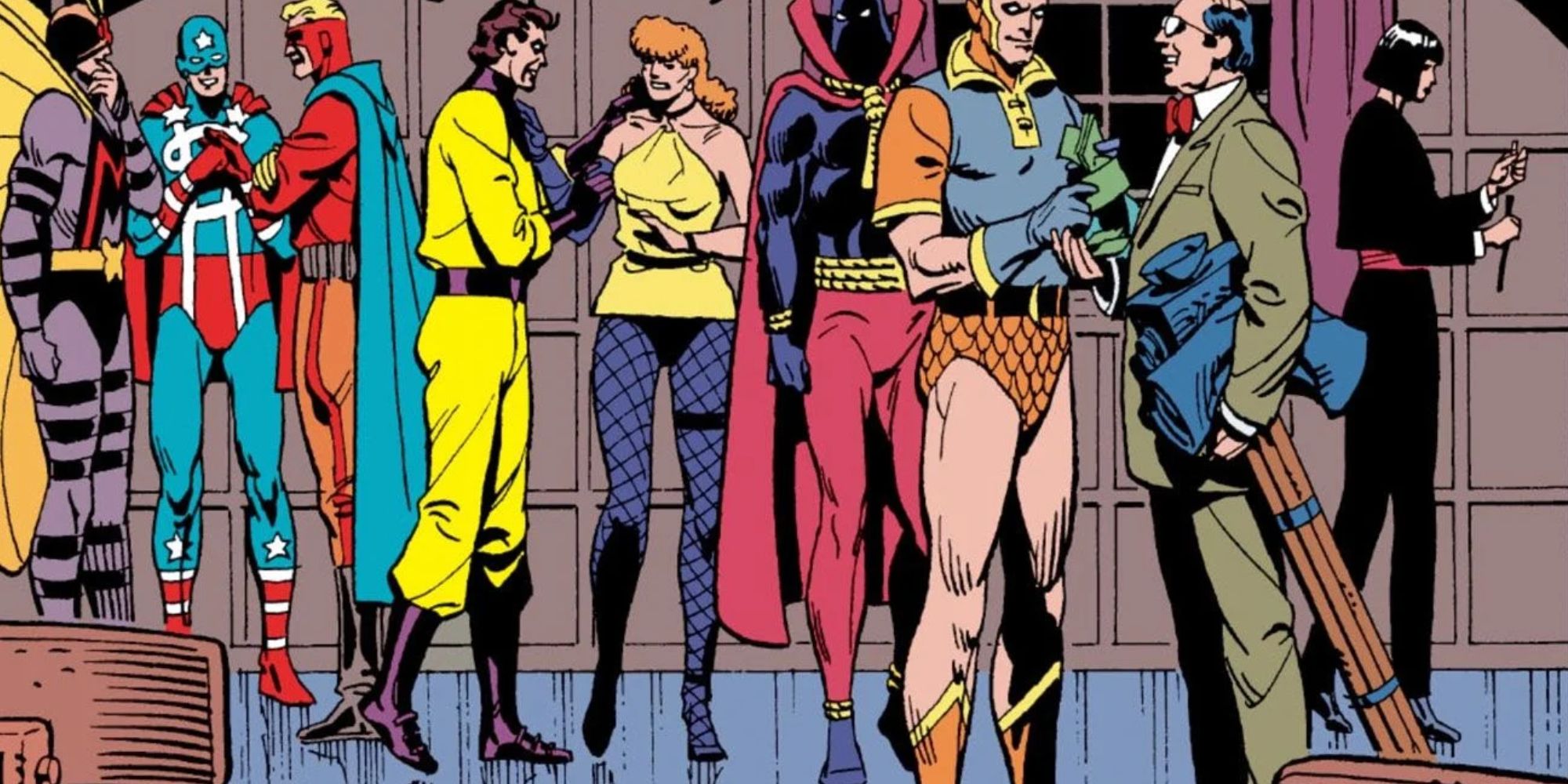 Unlike every other superhero team on this list, the Minutemen – not to be confused with the infuriating group from Fallout 4 – are completely devoid of powers. While their garish costumes make them appear like a competent group of heroes, they mostly just dressed up and took photos with one another. So, how would this make for an interesting game? We’re so glad you asked.

It is precisely their lack of powers that make them so perfect for a narrative-focused video game. Exploring the various personalities behind each character – which have only been touched upon briefly in other media – as well as the difficulties of tackling crime without powers and the troubling aspects of the 1940s would be incredibly fascinating. At the very least, it would be something a little different. 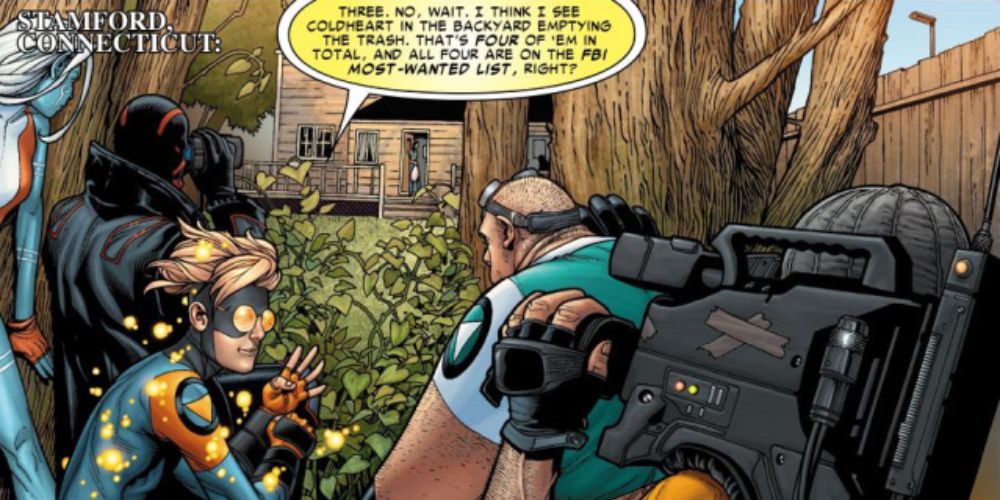 For those who are perhaps casual fans of the MCU, but haven’t quite gotten round to reading the comics, the New Warriors may not ring any bells. However, these guys actually played a huge role in the comic book version of one of the best MCU movies: Captain America: Civil War.

The New Warriors have been featured in a ton of comics and featured a whole host of team members. However, the best version to be in a video game would be the social media-savvy, reality TV show stars that appear in Civil War. Following around a group of superheroes chasing online clout in a world with genuine consequences is a brilliant concept, and one perfect for a video game treatment. 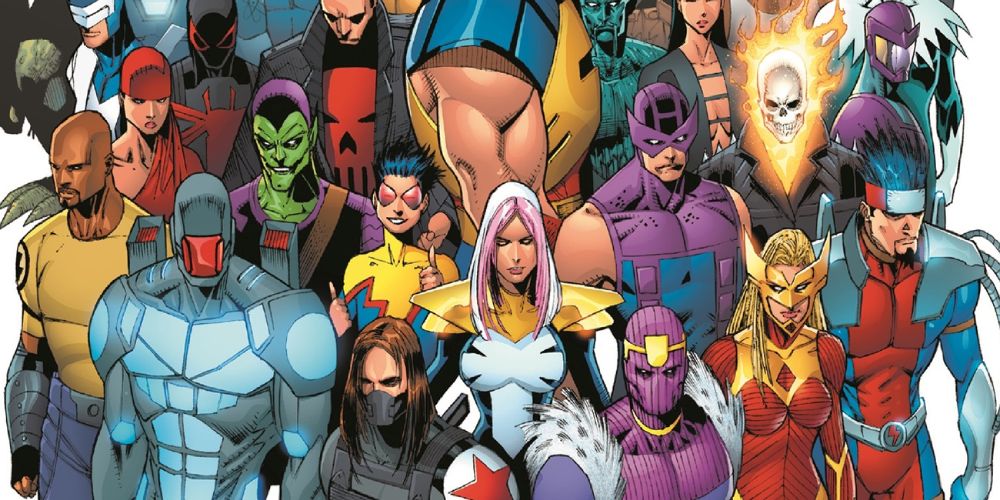 Who doesn’t love an anti-hero? Bad guys turning good has always been an interesting concept and one explored numerous times in video games. From the Infamous series to Prototype, the idea of playing a bad guy is as enthralling as it is extremely fun. So, why not give the Thunderbolts a go?

These Marvel villains occasionally turned heroes would make for an interesting playable cast. It would certainly be a change of pace to see some of Marvel’s large roster of fascinating villains appear as the main characters in a video game. After all, the precedent is there with DC’s The Suicide Squad. It’s about time the world became more aware of the wonderful Thunderbolts and all their morally ambiguous deeds. 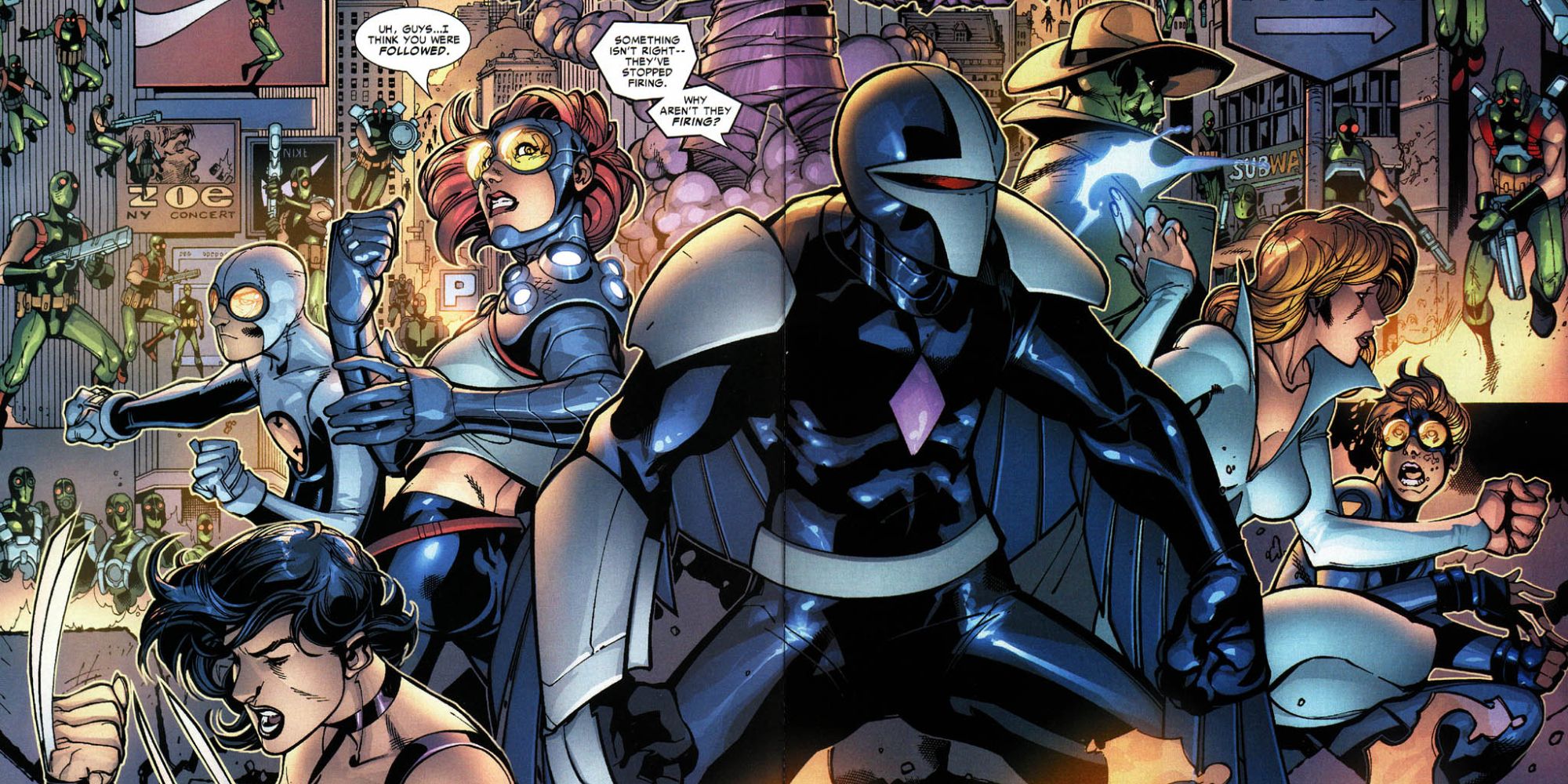 In a one-off Marvel comic, the majority of superheroes are wiped from the planet by the time-travelling villain, Chronok. All that is left are a handful of weird and obscure heroes Chronok overlooked because of how truly pathetic they are. This short-lived series is perhaps the greatest set-up for a superhero video game.

A video game centered around a group of fairly weak but unique heroes facing off against a seemingly impossible threat would make for an engaging narrative-focused video game. Each mission could revolve around a different hero and their part in taking Chronok down, introducing the player to a myriad of fun and engaging gameplay mechanics. There are just too many possible avenues a developer could take with this amazing story to list here. But rest assured, this would make for a truly awesome video game.