Take Your First Look At The Resident Evil 3 Remake

The announcement of a Resident Evil 3: Nemesis remake would have been shocking news had the digital listing for the game not leaked a week ago. Regardless, Resident Evil 3 was officially announced today during Sony’s State of Play broadcast with an April 3, 2020 release date. The surprising news is that it comes packaged with the online co-op game Resident Evil: Resistance, which was originally slated to be a standalone experience.

As for what we can expect from Resident Evil 3, we don’t know much yet, but the teaser trailer looks to retell the story from the original 1999 release that sees Jill Valentine being hunted by a rampaging beast called Nemesis. Much like this year’s remake of Resident Evil 2, it looks like the player’s journey through this classic will be much different, and Capcom’s website reveals it will use the same over-the-shoulder perspective as the new RE 2.

Following the State of Play, Capcom revealed the game is coming to PlayStation 4, Xbox One, and PC. A collector’s edition was also revealed. You can see it below: 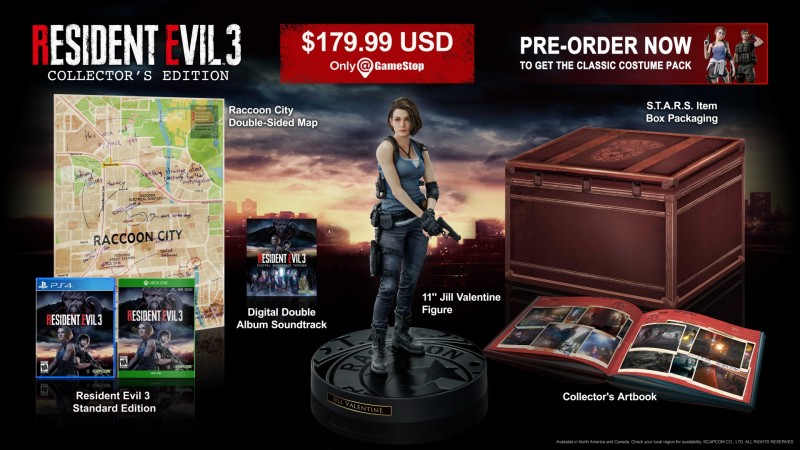