The competitive Pokemon scene received yet another major shakeup in Scarlet & Violet with new moves, abilities, and of course, a new mechanic in Terastallization. With the return of in-person Pokemon Video Game Championships (VGC), the best players in the world were also able to showcase the best Pokemon in the main Doubles format.

You will need a well-balanced team of six to give you sufficient options as you and your opponent select the best four Pokemon to use in each match. While each subsequent series will introduce new choices or restrict others, these competitive Pokemon should provide a solid starting point as you build the best team for the Pokemon VGC. 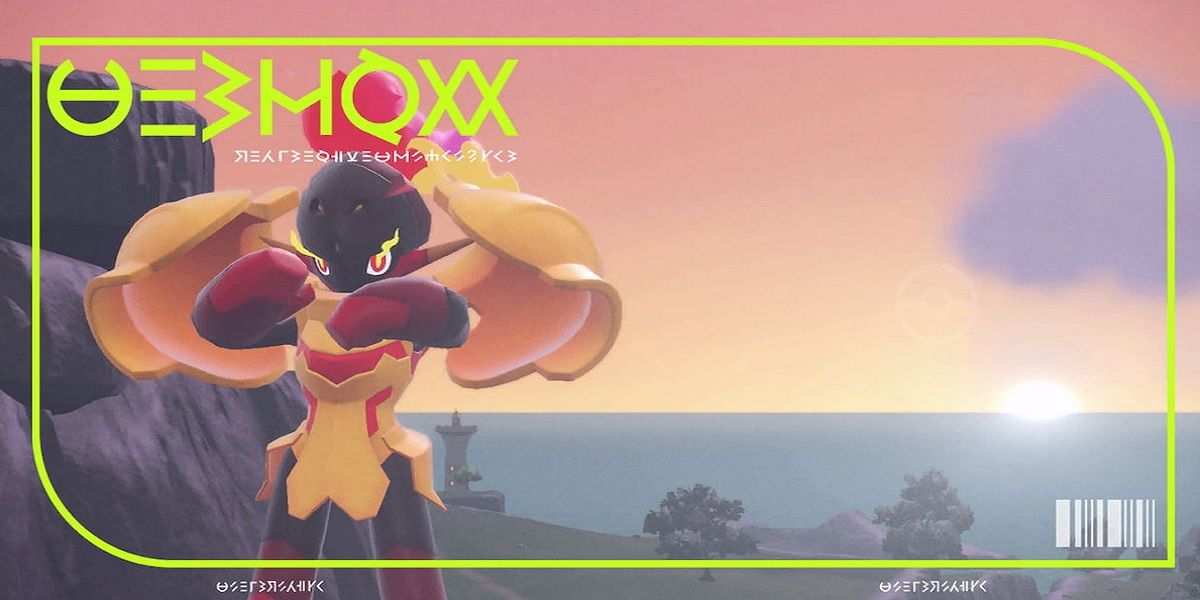 Armarouge provides an excellent option for fans of Trick Room strategies, as it can use the move itself, or be paired with the somewhat underrated Indeedee (female) for explosive synergy. Indeedee's Psychic Surge ability sets Psychic Terrain for Armarouge, allowing it to take full advantage of Expanding Force.

This powerful Psychic-type move allows Armarouge to hit all opponents in addition to boosting its power in Psychic Terrain, causing huge problems for opposing teams. Very few combinations can resist both Fire and Psychic moves, so Armarouge can pivot to Armor Cannon if needed to keep the pressure up on the opposing duo. 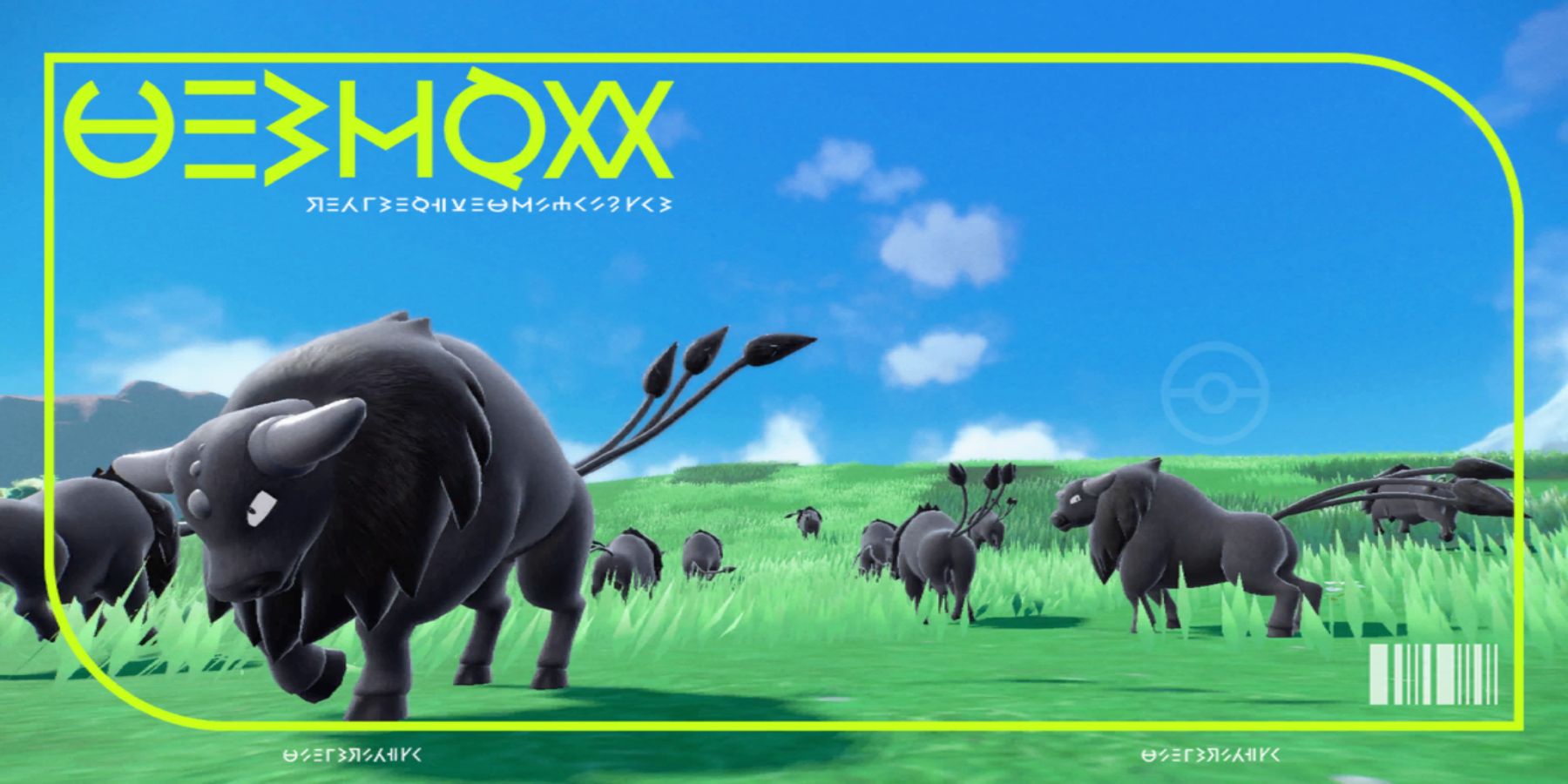 Tauros made its mark on VGC Series One as it featured in the winning competitor's team, helping to counter the dominant Dondozo strategy. The Water-type version made things very difficult for Dondozo to secure a KO and threw a wrench in the plans of several competitors along the way.

This was the first occasion that allowed Tauros to shine as a viable option, and ideal movesets are still being crafted as a response to the surprising victory. Body Press and Chilling Water are excellent options to consider if you plan to build your own set. Chilling Water is a great utility move to pair with the Intimidate ability, as both will lower your opponent's Attack by one stage. However, don't rely on it to do damage as Tauros can't do much with a 30-base Special Attack stat. 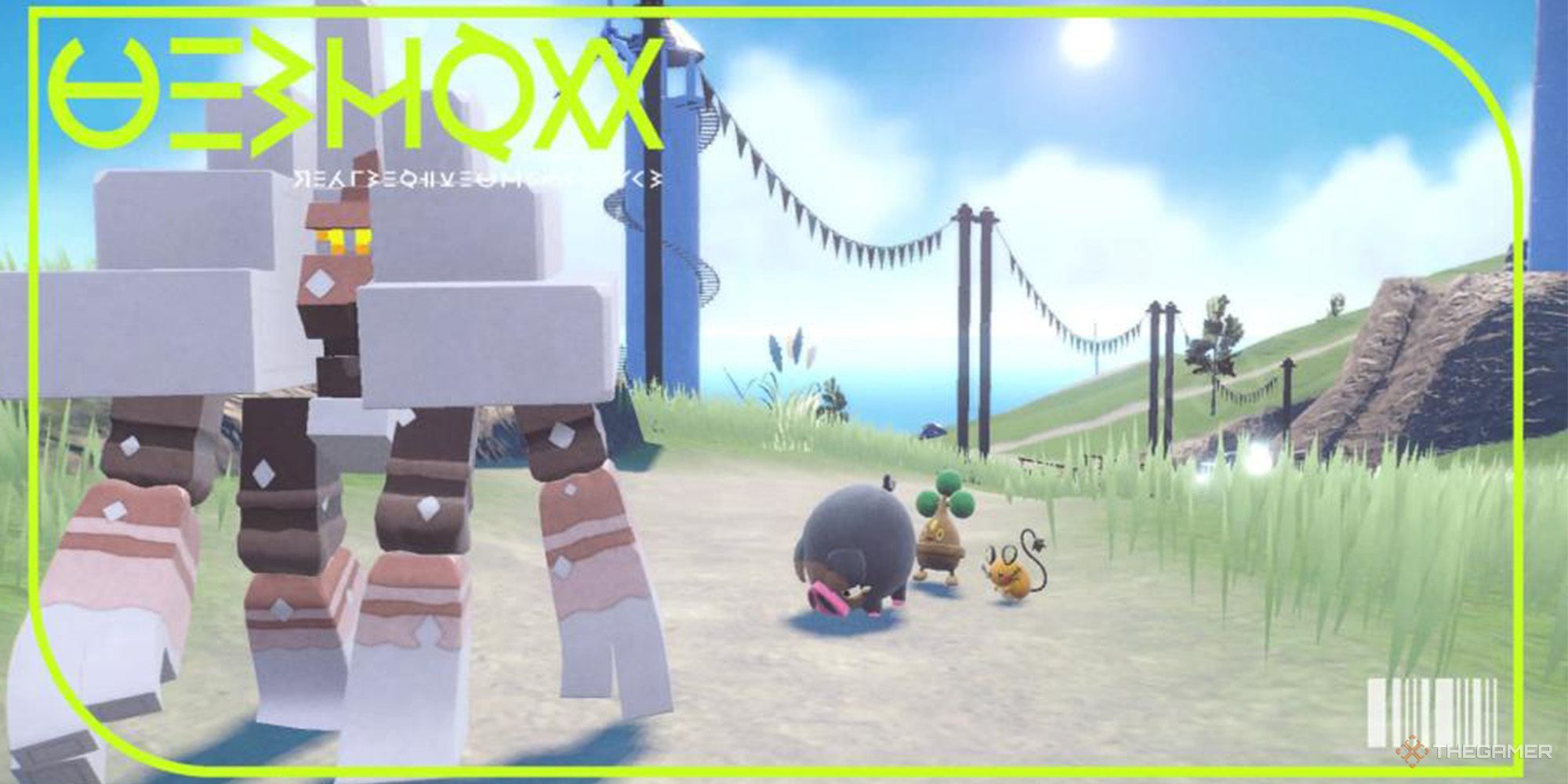 Garganacl is quite literally a massive obstacle to any team unequipped to deal with its defensive fortitude and surprisingly lethal Salt Cure. While Garganacl already boasts impressive defensive stats, it can augment its walling ability with Iron Defense and Recover to force your opponent into a less-than-ideal situation.

Its most popular set is rounded out with Salt Cure and Body Press, the latter of which uses Garganacl's Defense instead of Attack when calculating damage. Unsurprisingly, Body Press and Iron Defense make for an incredibly potent combination, but be wary of Pokemon like Murkrow, which can negate all of your stat boosts with a single Haze. 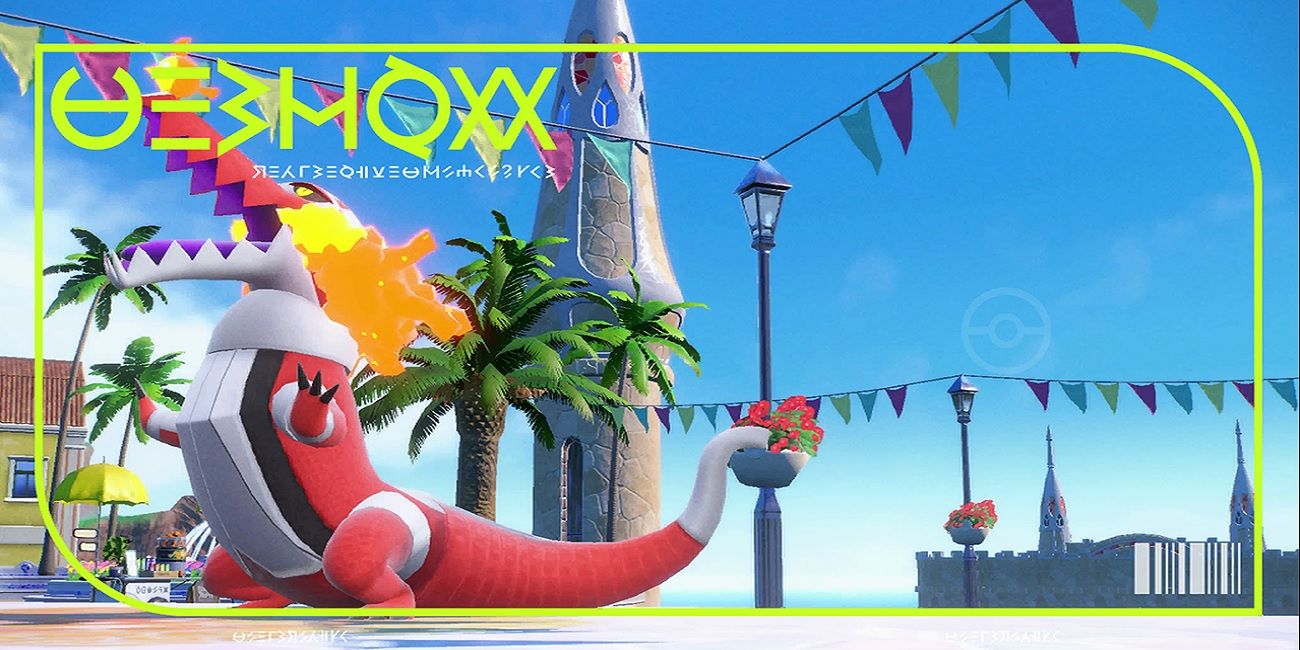 Everyone's favorite goofy dinosaur evolves into quite a threat when it reaches its full crocodile potential. Unaware is a fantastic ability that allows Skeledirge to ignore all other Pokemon's stat changes when doing damage. In addition, Torch Song is a powerful move that also raises Skeledirge's Special Attack stat by one stage.

The ability to inflict impressive damage while also boosting your primary attacking stat is a rare combination that should not be undervalued. Skeledirge's Ghost typing gives it a handy immunity to Fighting-type attacks which are quite common on popular Pokemon like Garganacl and Annihilape. 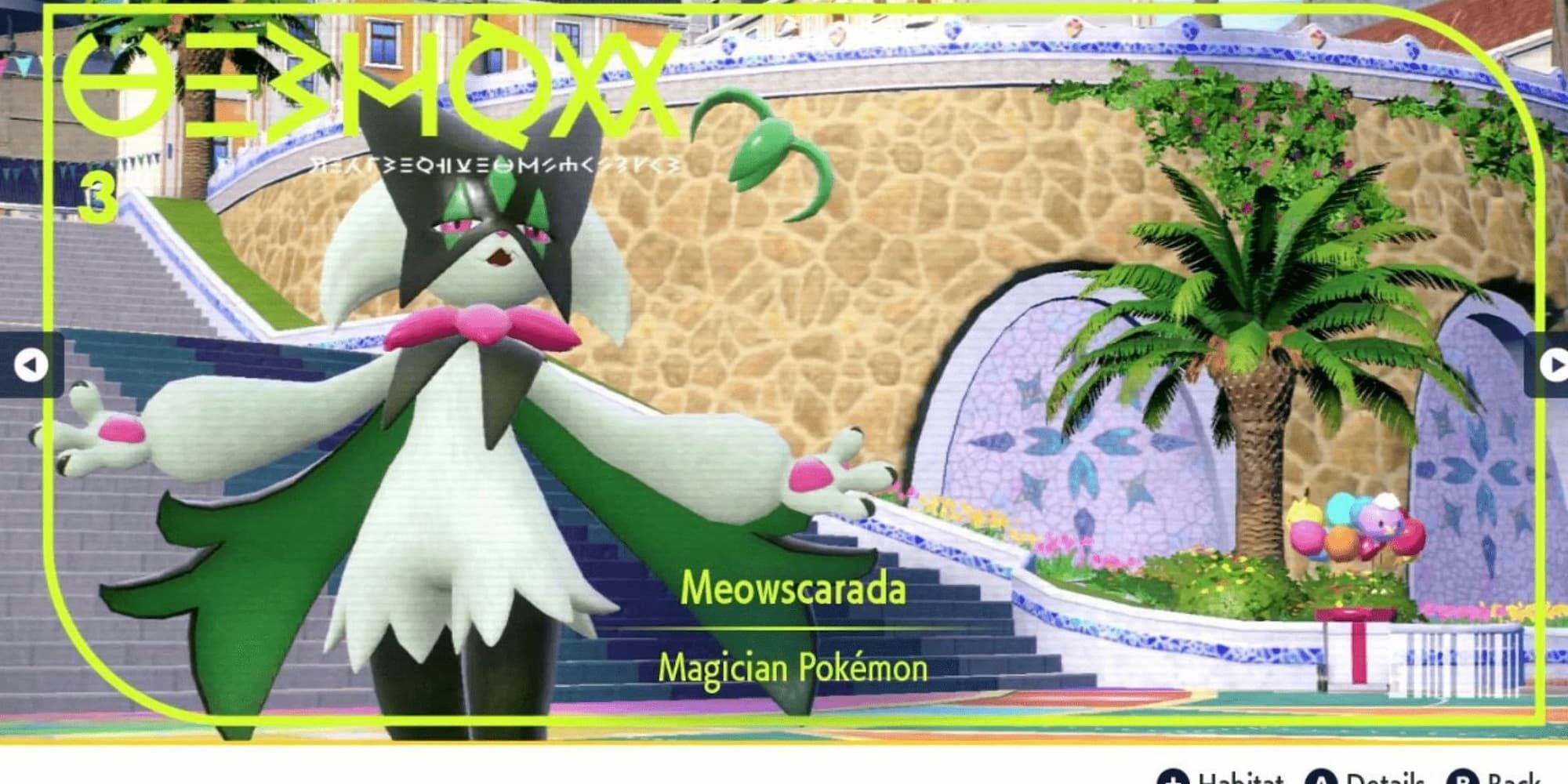 Meowscarada claims the crown for the best Paldean starter to use in Doubles, in part due to its excellent Dark and Grass dual typing. It resists six prevalent types in the format, most notably other Dark types, and is completely immune to Psychic damage.

Flower Trick is an extremely powerful move, especially for teams that struggle to deal with foes who boost their Defense. Flower Trick guarantees both perfect accuracy and a critical hit, which will ignore all defensive boosts the defending Pokemon may have stacked up prior. This makes it a fantastic check to Dondozo, who runs wild in this format. 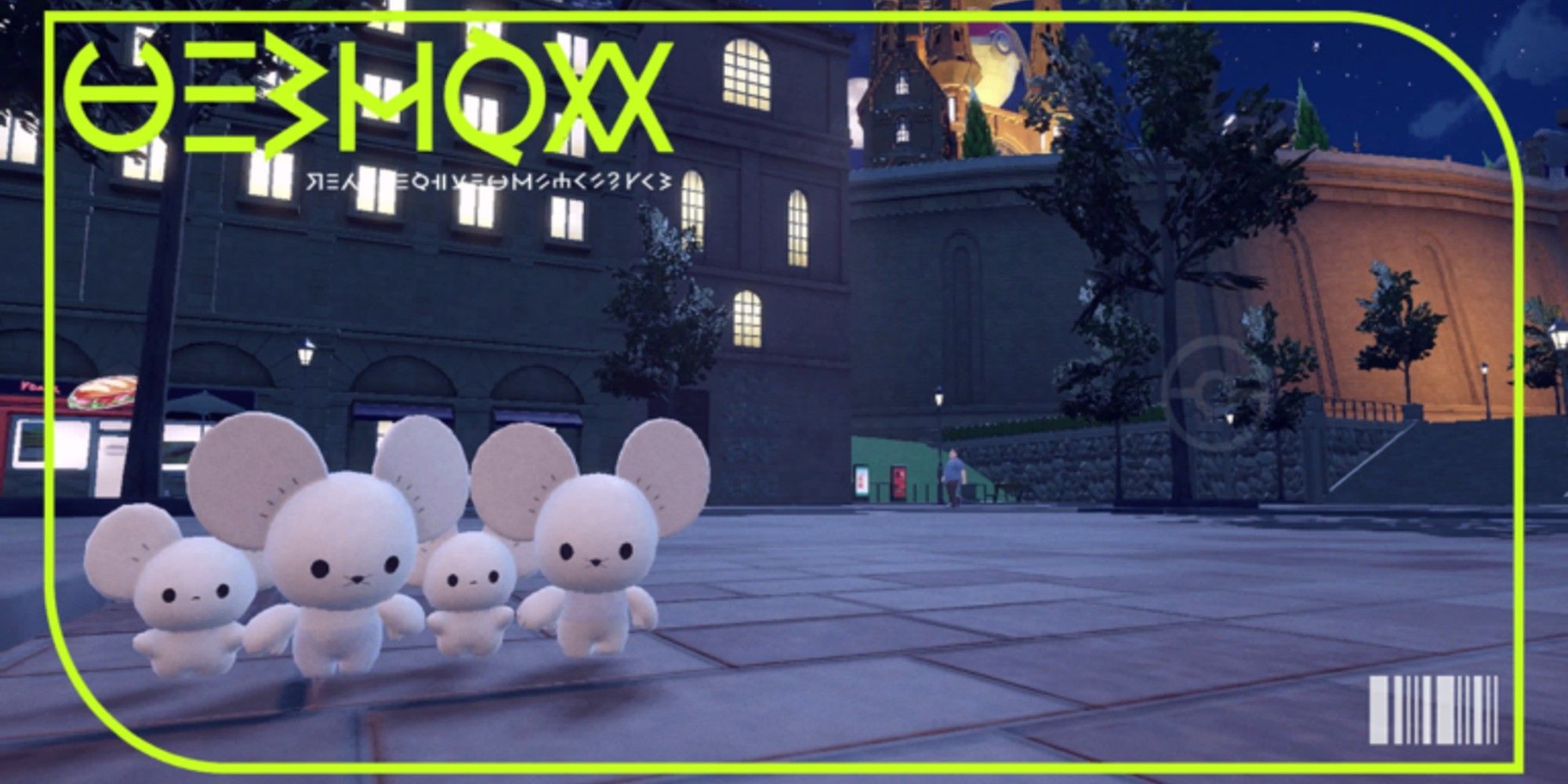 Normal-type Pokemon have been underrated for too long, and Maushold simply won't stand for it anymore. Despite a lack of super-effective attacking power, this mouse family hits exceptionally hard with its signature move, Population Bomb. When combined with a Wide Lens, it is almost certain that you will land ten hits each time.

Maushold's high damage potential and resistance to Ghost-type attacks make it a prime candidate for teams that need a redirection Pokemon. Follow Me can draw Shadow Ball from Gholdengo or Rage Fist from Annihilape away from teammates who would be KO'ed by those ferocious attacks, giving this little mouse family a large role to play on many teams. 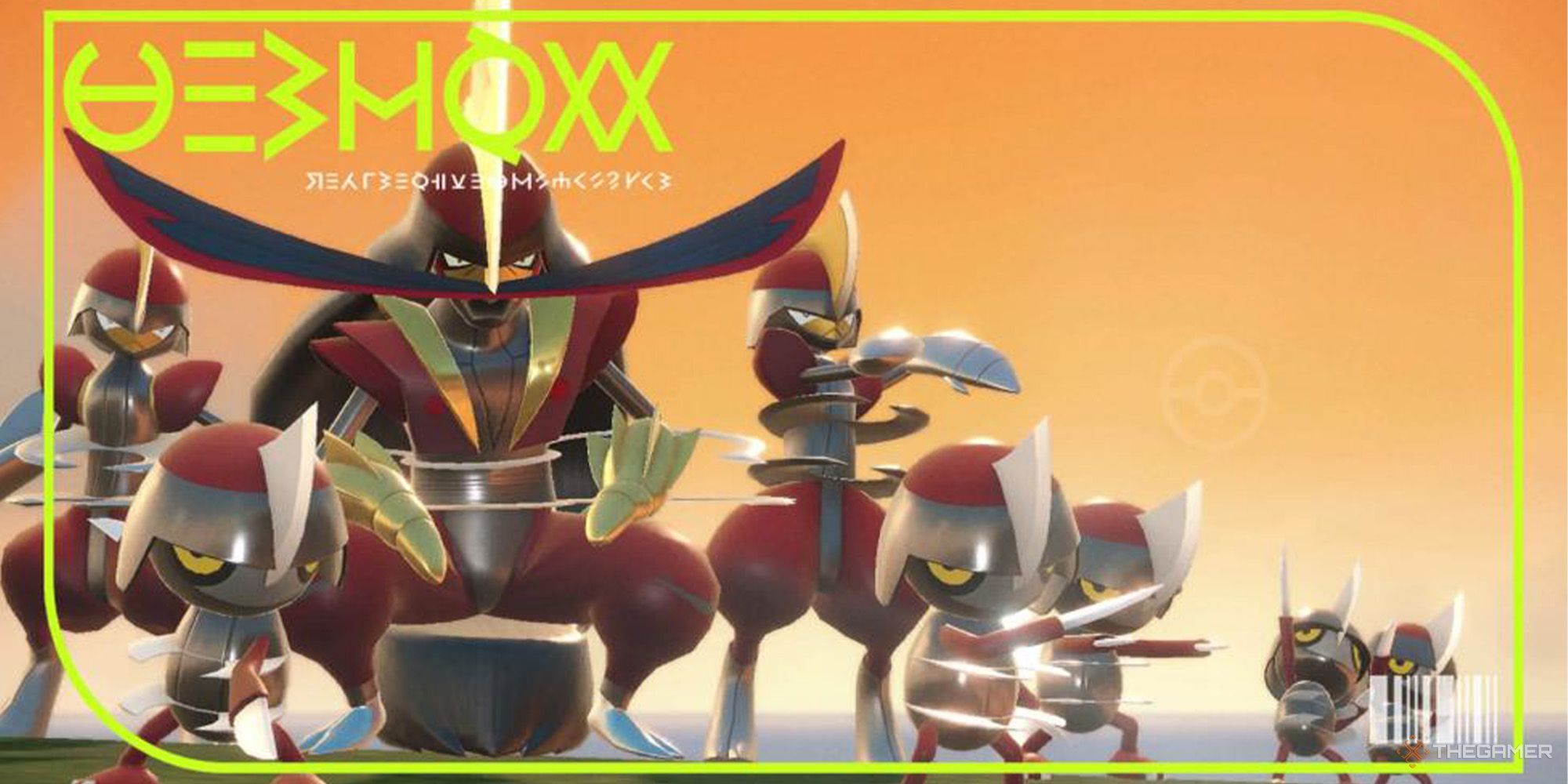 Kingambit burst onto the scene as one of the best new evolutions introduced in Scarlet and Violet, but it didn't stop there. Its phenomenal base stat total (BST), excellent movepool, and top-tier abilities make this Pokemon a contender for the competitive crown.

Defiant and Supreme Overlord are both excellent choices for Kingambit's ability as they give it access to free stat boosts depending on the situation. Kowtow Cleave and Iron Head are powerful moves that take advantage of Kingambit's Dark and Steel dual typing, but you may need to commit to one quickly, as Kingambit wants to Terastallize before it is targeted and KO'ed due to a quadruple weakness to Fighting-type moves. 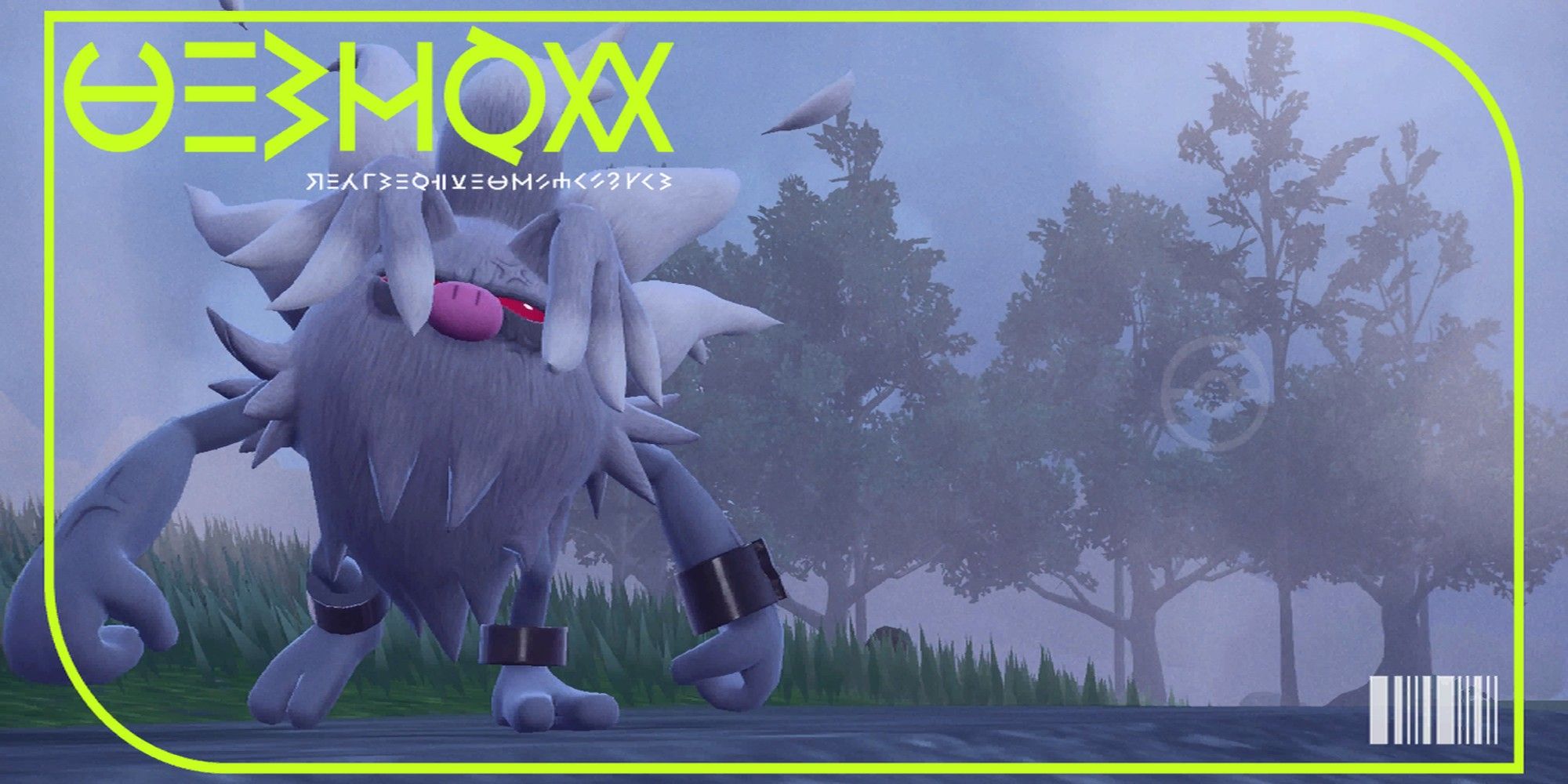 Annihilape presents an inverse use case to Kingambit's as it actually prefers to be hit in order to power up its signature move, Rage Fist. Rage Fist increases its base power of 50 by 50 points with each hit Annihilape endures, enabling it to hit back with vicious force.

Annihilape's greatest asset might be access to Final Gambit, which inflicts damage equal to your HP on the opponent but causes Annihilape to faint in the process. This ultimate sacrifice gives you an almost certain KO on the targeted Pokemon, particularly if you fully invest in Annihilape's HP Effort Value (EV). On the flip side, if you prefer not to see your Pokemon faint, you can run a Bulk Up and Drain Punch set that should keep you alive for a while. 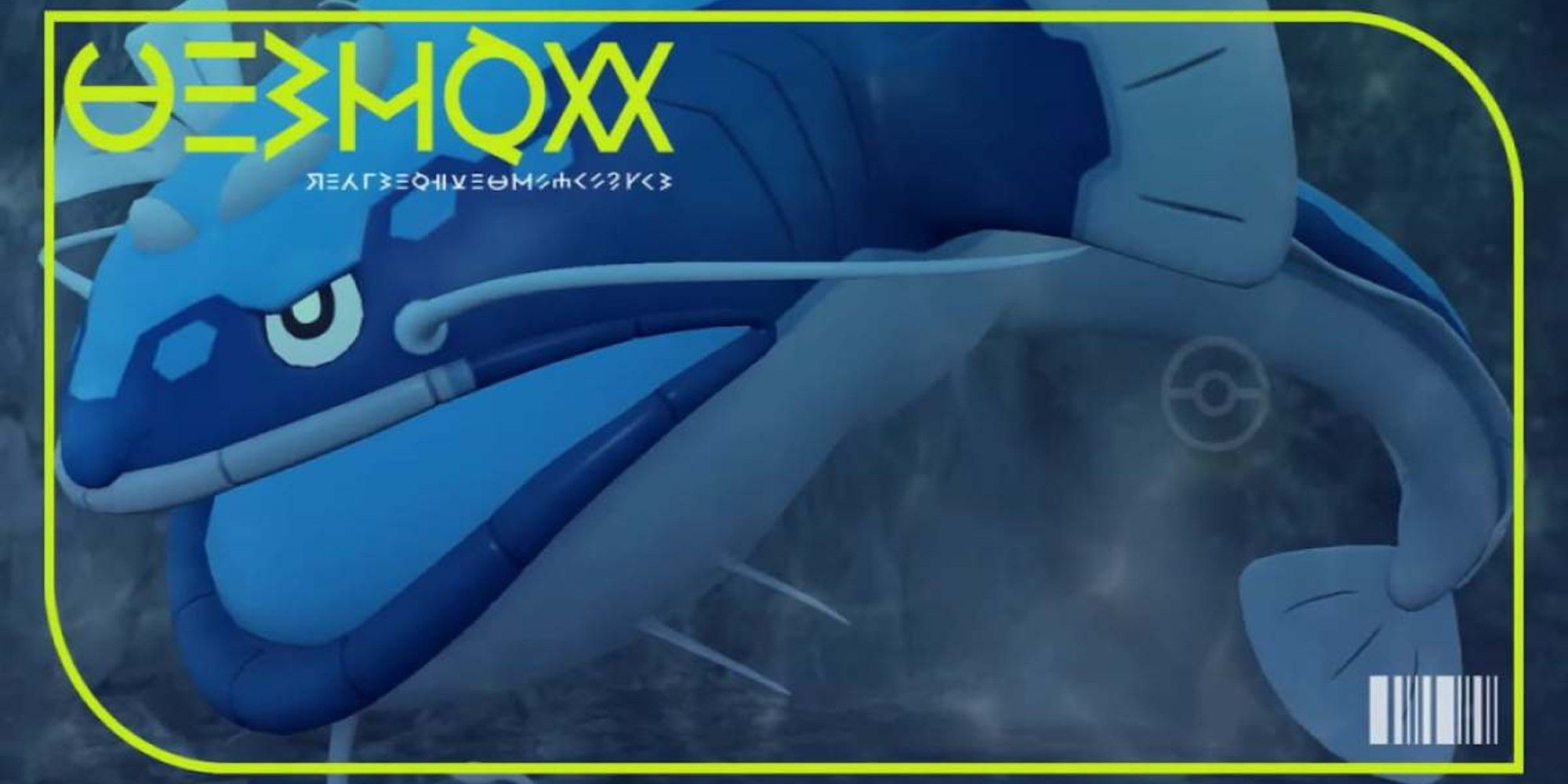 Dondozo combines with Tatsugiri to form a powerhouse partnership that only gets better with Dondozo's fantastic newly introduced move: Order Up. Order Up raises one of Dondozo's stats by one rank depending on the Tatsugiri form in its mouth. Curly Form raises Attack, Stretchy Form raises Speed, and Droopy Form raises Defense.

Dondozo already gains two stat ranks in each stat just for having Tatsugiri in its mouth, so this potent combination can sweep entire teams quickly if they don't neutralize the threat. These incredible abilities and powerful synergy make Dondozo one of the main meta picks in VGC Doubles. Defeating Dondozo frequently requires a bit of luck or a misplay to stand any chance of eliminating this catfish menace. 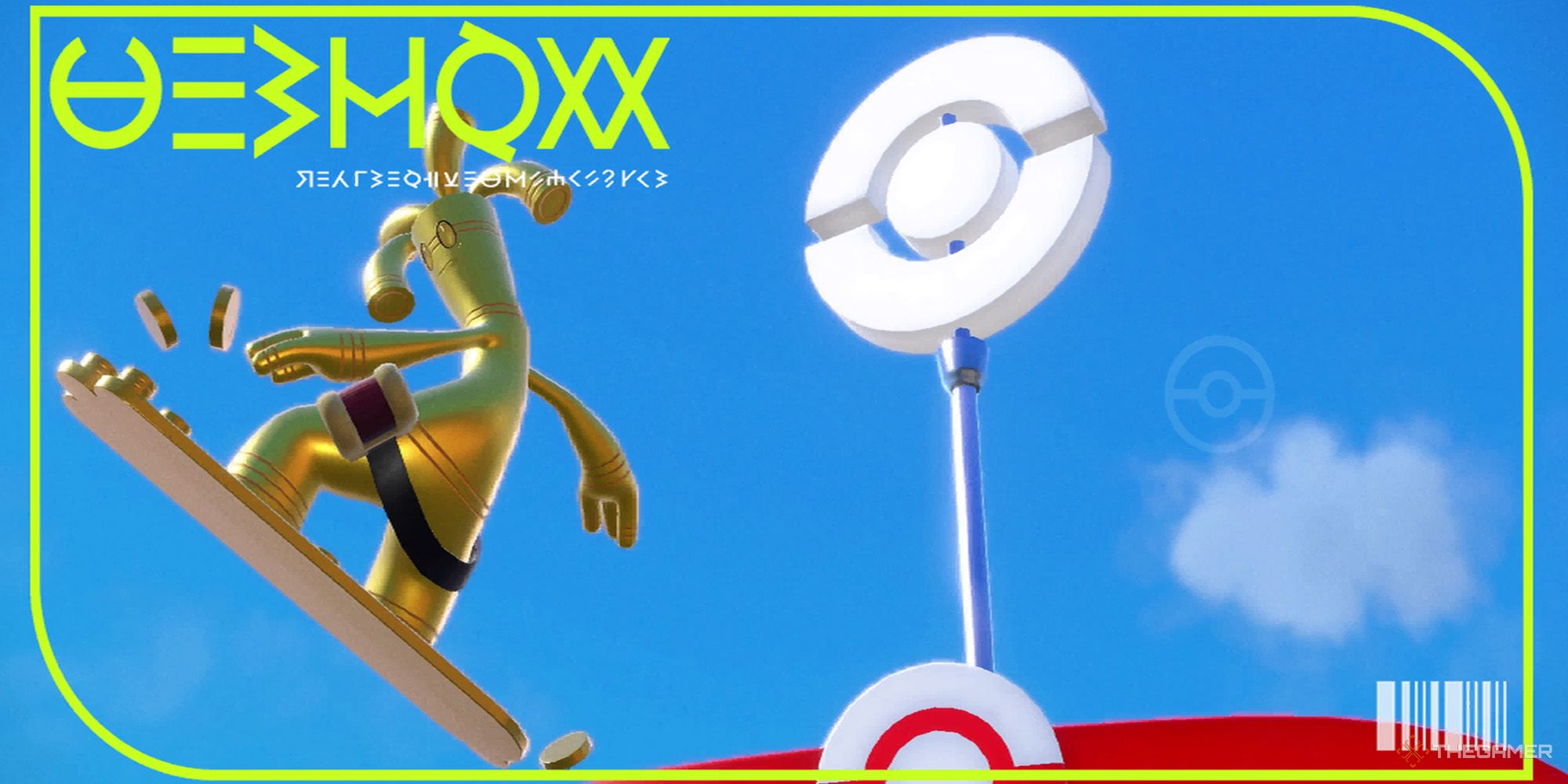 Say what you wish about Gholdengo's design, but there's simply no arguing against its competitive viability. Good As Gold is perhaps one of the best competitive abilities ever introduced, as it makes Gholdengo immune to all status moves. As such, you have to use brute force to take down a Gholdengo, which becomes complicated when you consider its nine resistances and three immunities.

On top of these defensive qualities, Gholdengo also boasts a 133 Special Attack stat as well as access to fabulous moves like Shadow Ball and Make It Rain. You can run a Choice Scarf to make its attacks hit even harder or an Air Balloon to completely negate a weakness to Ground, making this gold ghost more difficult to defeat. It's not invincible, but Gholdengo definitely sets the gold standard as the best competitive Pokemon from Paldea.