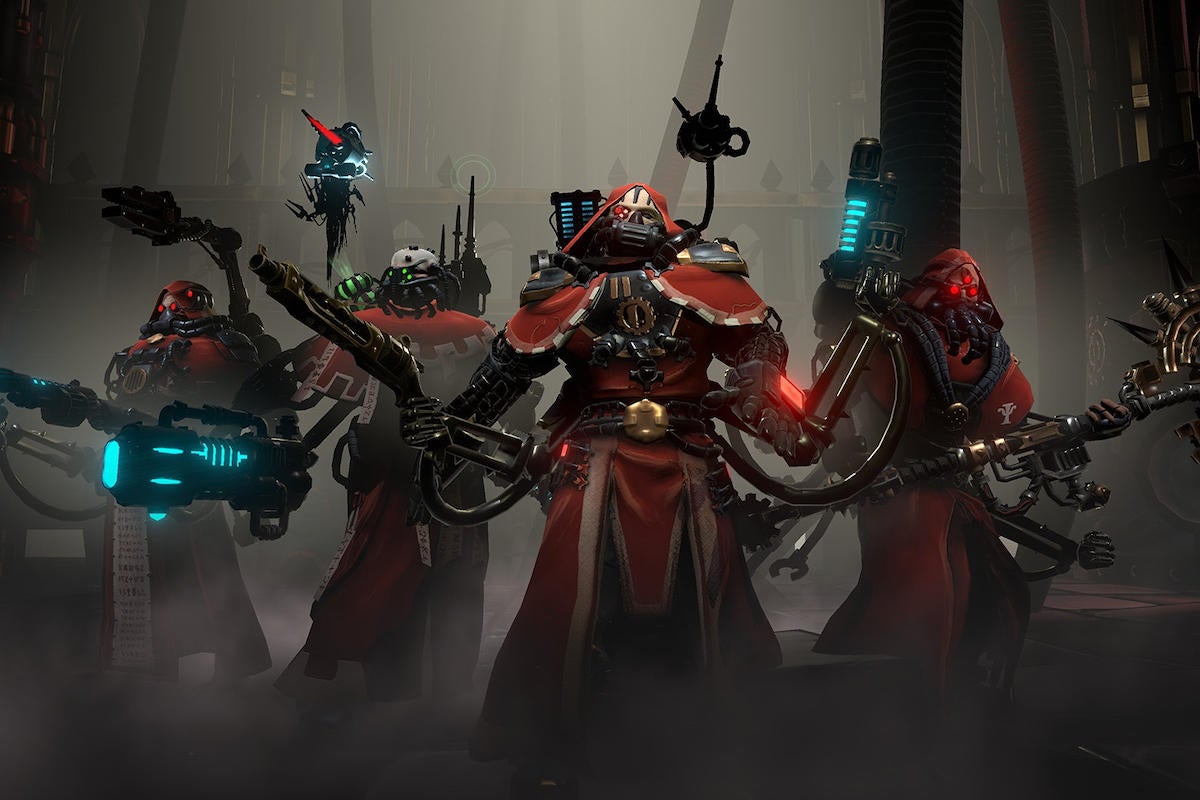 Mac games seemed content to spend the first weeks of this year in comfy hibernation, leaving us with little in the way of good games for enduring the wintry days. (A big exception was January’s Slay the Spire, which we’ve included in this month’s roundup.) But by February the platform had roused itself to life again, giving us a fantastic shooter and brawler that riffed on the arcade hits of yesteryear and a deep Civilization expansion that offers dire warnings for the future. These month’s titles range from the graphically demanding to the relatively simple, so you’re sure to find something your machine can handle among the choices.

If you’re looking for more hot Mac games, be sure to check out our list of the 10 best Mac games from 2018. 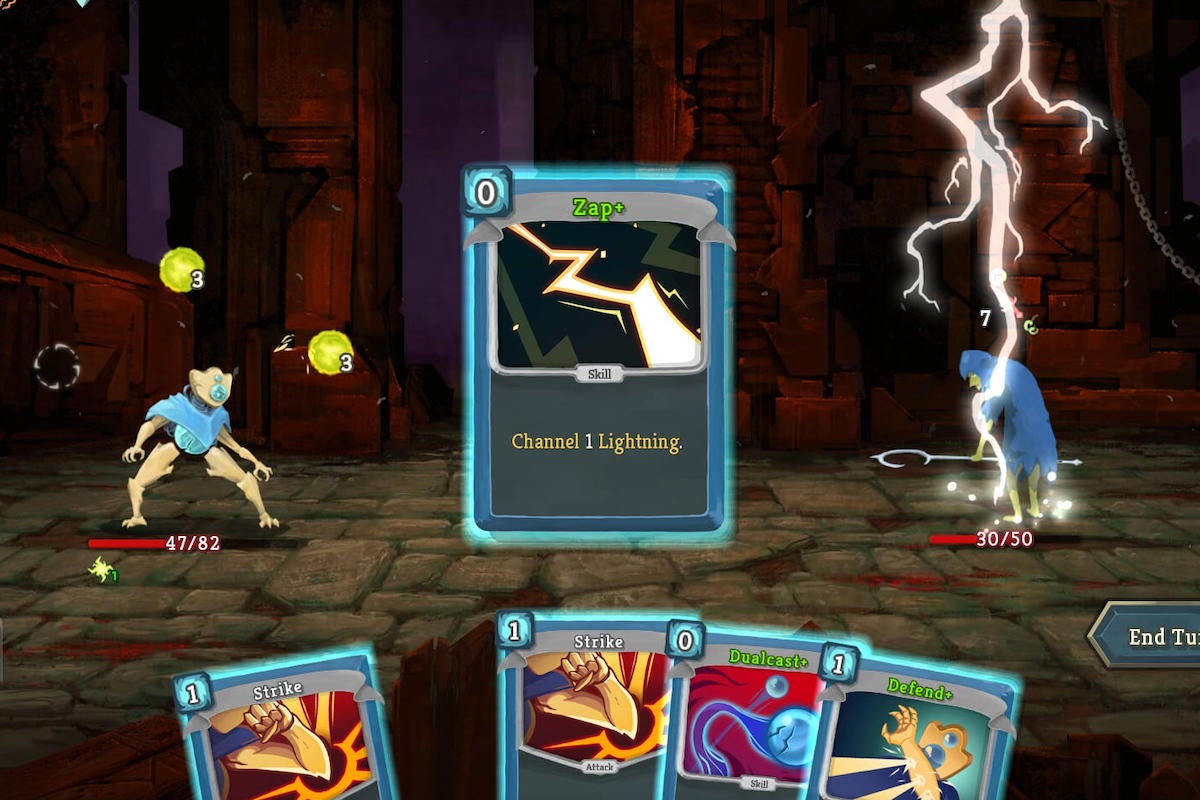 Slay the Spire is a Frankenstein’s monster of mishmashed genres that should collapse under the weight of its own ambition. It’s a roguelike, a collectible card game, and dungeon-crawling RPG. But is it fun, you ask? My friends, it positively slays.

Thanks to the roguelike design, a successful ascent to the spire’s heights seldom takes more than an hour. And while some repetition inevitably slips in, the plentiful and varied ability cards that drop for the warrior, rogue, or mage-like being you control make this a tale with an infinity of variations. Some ascents are rough, as you’ll fail to get cards that complement your hero’s skills. Others, though, reward you with a chain reaction of complementary abilities where poison ultimately triggers corpse explosions. Sometimes Slay the Spire feels like Magic the Gathering, sometimes it feels like vintage Final Fantasy, but never feels like anything less than fun. 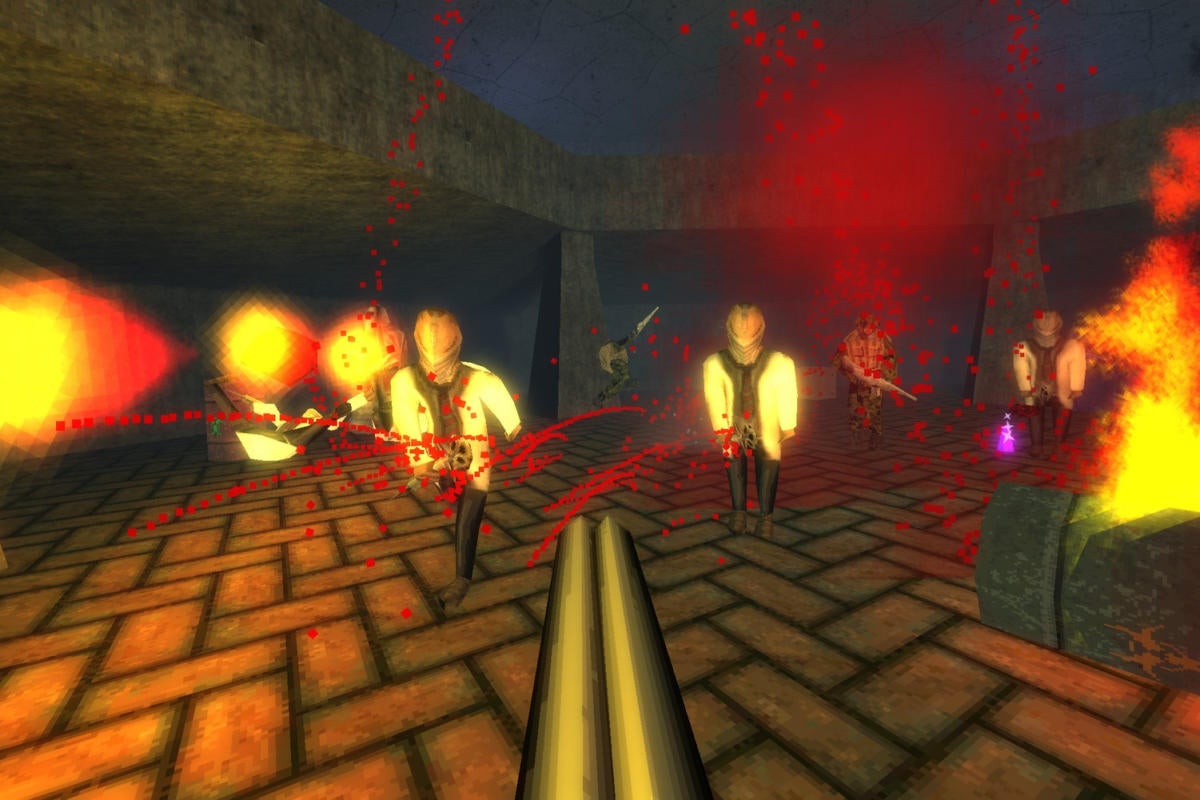 Developer David Szymanski calls his game Dusk, but it might as well be a lost gem from the dawn of speedy first-person shooters like Doom, Half-Life, and Quake. Dusk, better yet, plays like how we remember those games rather than how they were. It splatters hallways with pixelated blood. It drops loot as frequently as enemies drop limbs. It embraces backtracking and keycards but also revels in advances particle effects, lighting, and digital storytelling while blasting a gnarly soundtrack from Andrew Hulshult, the composer for Brutal Doom and Quake Champions.

The most hellishly brutal levels take barely a quarter-hour to complete, and three campaign paths allow for variety. If you ever get weary of the single-player mode, a delightfully retro multiplayer mode in the vein of Quake will keep you up from dusk ‘til dawn. 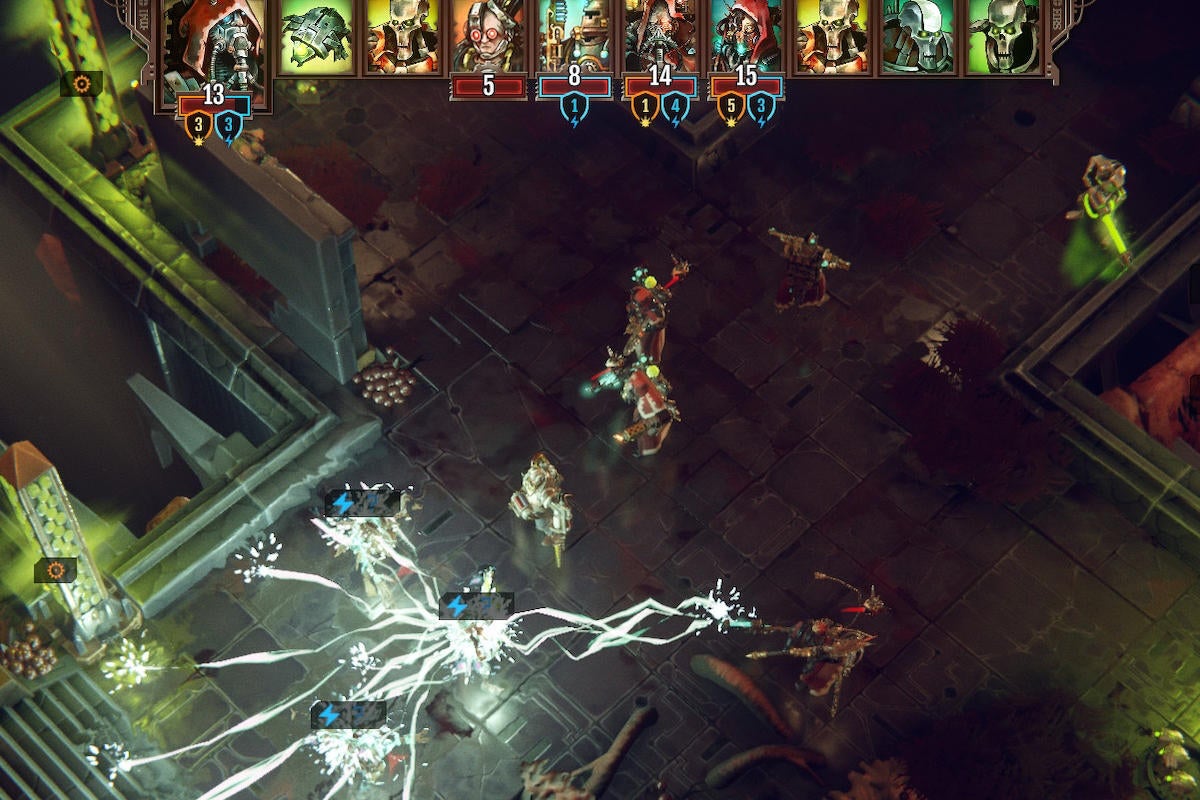 Warhammer 40,000: Mechanicus is flippin’ weird—but then that’s how you know it does the Warhammer universe justice. It’s a turn-based tactics game in the style of XCOM: Enemy Unknown, but in this case you’re in charge of a band of bickering gothy scientist-priests running around the tombs of slumbering Terminator-like beings intent on eradicating all life. Should the Adeptus Mechanicus fail to finish their mission before the rascally robots rise again, even a John Connor may not be enough to save the rest of us.

Mechanicus is a good point of entry for anyone wanting to understand the franchise’s appeal, in part because Ben Counter, author of more than 40 Warhammer novels, was responsible for slinging the story. The only real “problem” is the wild upgrades the Adeptus Mechanicus can equip themselves with, which allow even average XCOM players such as myself able to play like gods long before the counter runs down. The initial tension flies out the window far too soon. A proper difficulty slider would work wonders. 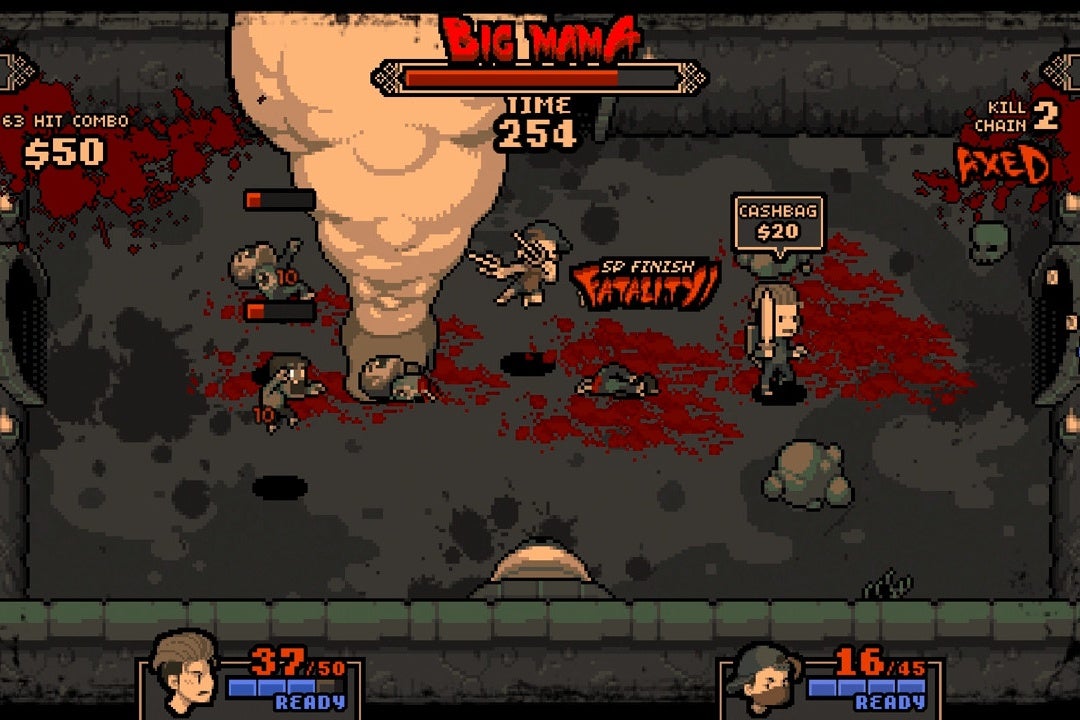 Sidescrolling 2D beat ‘em ups looked as though they might be down for the count for a while there, but Streets of Red: Devil’s Dare Deluxe proves the genre always manages to pick itself up again. And this brawler packs a satisfying punch, too. Even the genre’s best games (like Castle Crashers) tend to devolve into button mashing, but combat in Streets of Red champions a novel combo system that emphasizes placement, timing, and smart use of an ever-replenishing energy bar. You’ll need to master it, too, as Streets of Red deletes your entire save file if you foul up too often (although you can buy your way back into the action if you’re scooped up enough cash from the zombies).

Playing Streets of Red while solo can be fun, especially when you’re experimenting with the four starting heroes and the two unlockable ones. But much like every beat ‘em up from River City Ransom to Scott Pilgrim vs. the World, it comes into its own when played with friends. 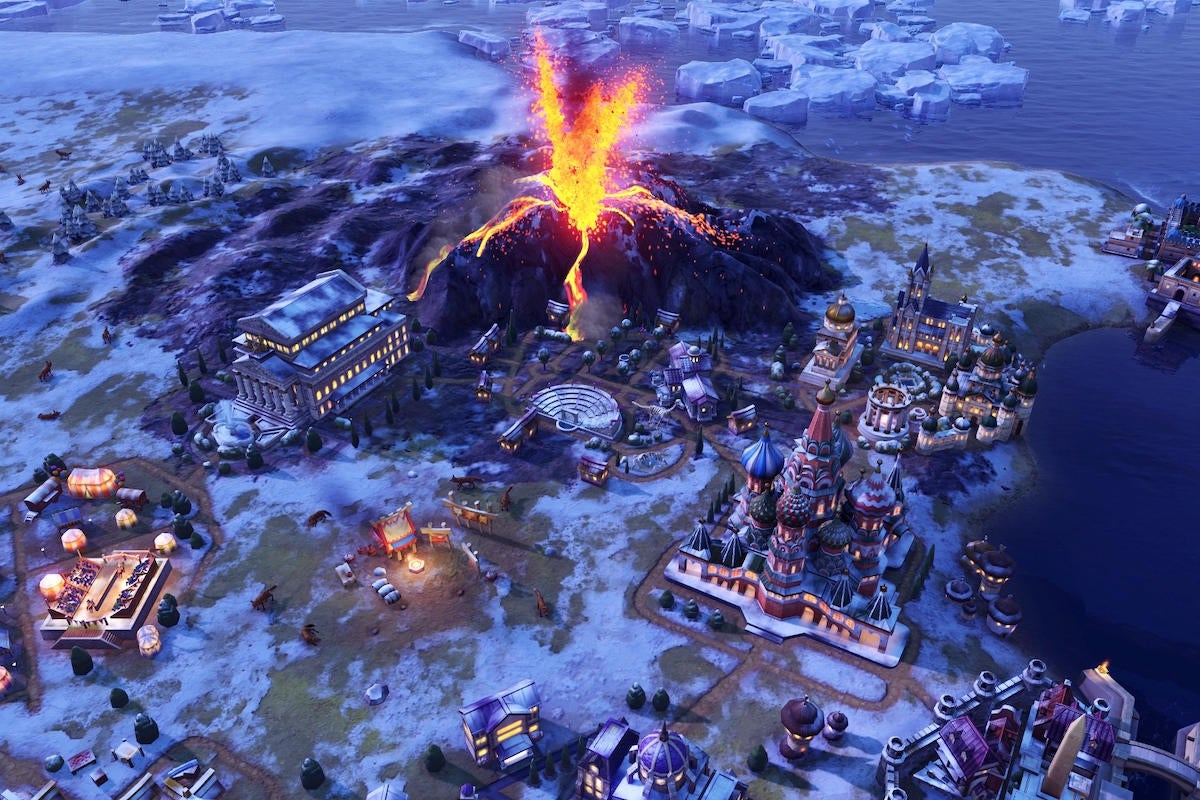 Sid Meier’s Civilization VI (and the Civ games before it) emphasized the general selfishness of large-scale leadership, but its last two expansions seem intent on showing how our actions have far-reaching consequences. In Rise and Fall, Firaxis showed how decisions could affect loyalty; in the new Gathering Storm expansion, we see how wanton exploitation hurts both ourselves and the world as a whole. It makes choices realistically difficult. Splurge on coal and oil, for example, and sea levels rise and flood valuable coastal tiles. If you don’t, though, your gas guzzling rivals may gain the upper hand.

Further additions include new leaders, new wonders, and a mediocre World Congress system that lets you vote on random decisions as a world every 30 turns. But the focus on climate change is the real star here, not least because it spices up the once-predictable endgame progression beyond the modern era. With Gathering Storm, we’re reminded that the term “end game” might be true in more ways than one.