Sinnoh isn't exactly teeming with Fairy-types, nor is having a Fairy-type Pokemon on your team a necessity for completing the main story in Pokemon Brilliant Diamond & Shining Pearl. But no single type is mandatory by any stretch, and Fairy's effectiveness against Dark, Dragon, and Fighting — three of the most dominant forces on many trainers' rosters both in-game and online — presents a compelling argument for giving these pixies a fair shake.

It's often remarked that every Pokemon, in every game, can be used to challenge the Elite Four and win. Hardcore players have essentially proven this. But there's a big difference between comfortably confronting Sinnoh's highest-ranking members of society and narrowly achieving victory after several dozen failures.

Most players prefer the former. Fairy-types can help make it happen. Here are the ones to watch out for. 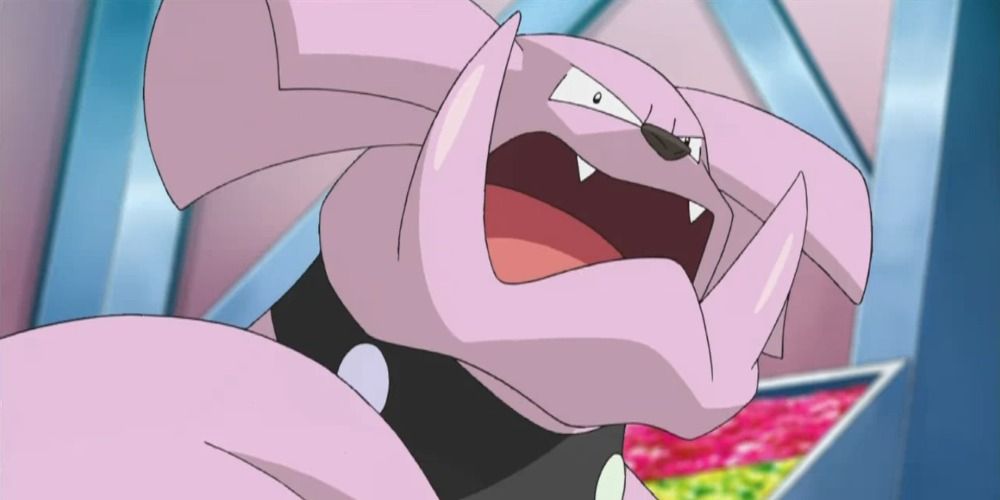 Granbull carves an uncommon niche among Fairy-types: it emphasizes raw Attack power over absolutely everything else. If Snubbull, its previous form, were catchable prior to obtaining the National Dex this purple bulldog could also carve through all sorts of foes like butter. Too bad Snubbull won't spawn in the Grand Underground until after the credits roll.

Still, players could do far worse for Fairy-types in BDSP if they haven't found a reliable partner yet for the Battle Tower and all those Gym Leader rematches. There aren't many Pokemon whose move pools have room for Play Rough, a 90 base power physical Fairy attack with a slim chance of lowering the target's Attack stat by one stage. It's actually a bit more powerful than the far more commonplace Dazzling Gleam, though, so you know, rock it, Granbull.

Be sure Granbull's ability is Quick Feet, which provides a 50 percent boost to its Speed whenever it's under the influence of a status infliction. Even better, it cancels out the automatic speed reduction that the Paralysis debuff causes, which just goes to show how irate this canine can be. 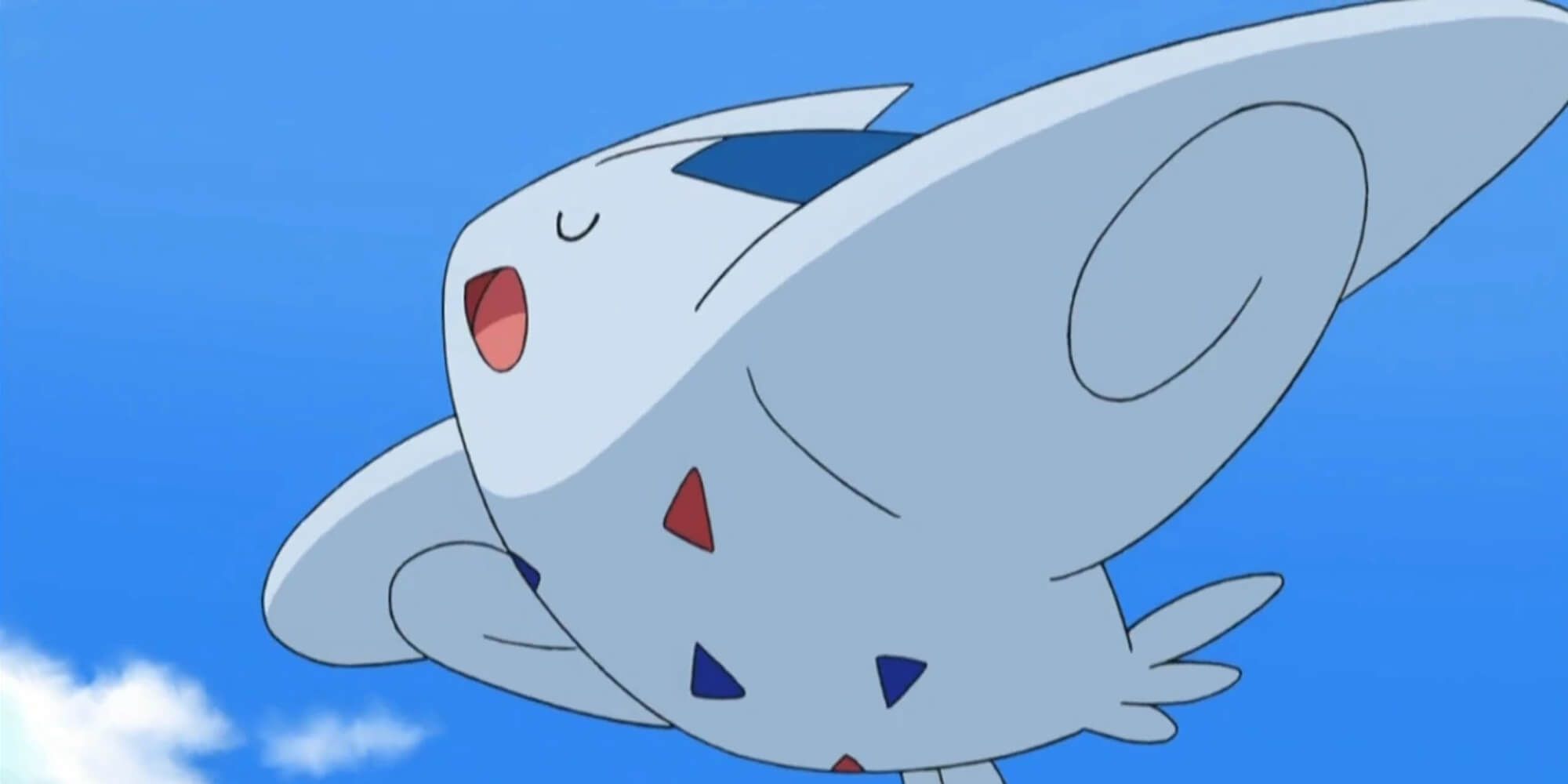 More often than not, if a Pokemon in BDSP is listed as being a part of the National Dex, it cannot be obtained until the post-game. The Togepi line is one of the exceptions to this rule. Despite appearing in the National Dex, Togekiss can be yours early in the game. There's an asterisk, however. Until the credits have rolled, the only way to get a Shiny Stone for your Togetic to evolve into Togekiss is through Pachirisu's Pickup ability.

Pull it off, though, and what a Fairy-type wonder you'll receive. Togekiss combines great Special Attack and Special Defense with four type resistances and two outright type cancelations (Ground and Dragon) to become one of Brilliant Diamond & Shining Pearl's best wallbreakers.

Hidden abilities notwithstanding, Togekiss will either come equipped with Hustle or Serene Grace. On paper, Hustle sounds handy. The user's Attack stat is raised by 50 percent at all times for a 20 percent reduction in accuracy. In other recent games, Pokemon like Sword & Shield's Dracozolt are nigh-unstoppable. But here's the thing. Togekiss' Attack stat is kind of terrible.

Make sure it's Serene Grace instead. Give it Dazzling Gleam and Air Slash for STAB ("Same Type Attack Bonus"). Sit back and smile. Serene Grace doubles the likelihood that the user's moves inflict any secondary effects. Air Slash ordinarily has a 30 percent chance of making the enemy flinch. Up that to 60, Togekiss is nowhere near as harmless as it appears. 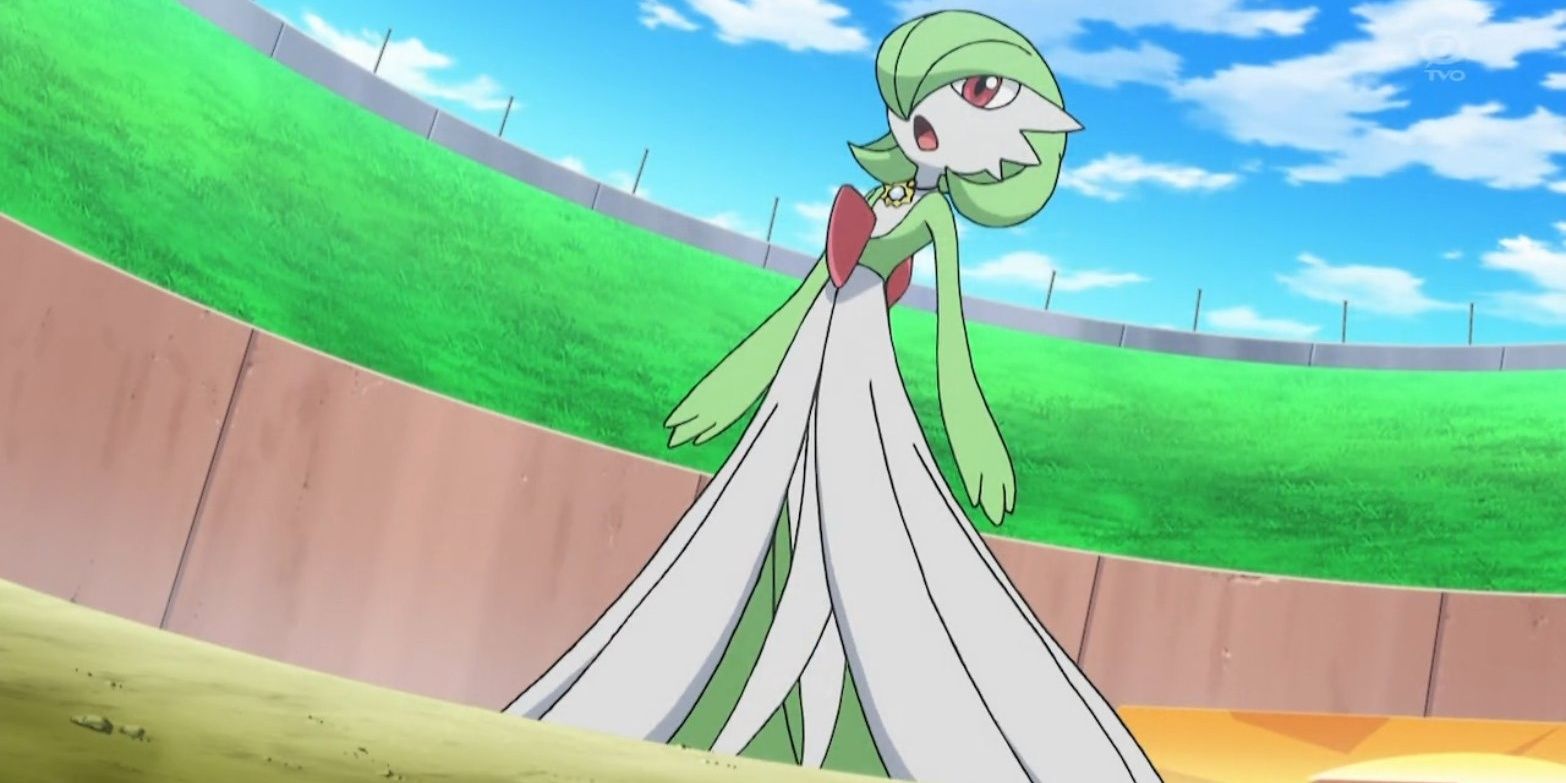 There was a time when Gardevoir was on everyone's teams without question. It was just one of those things people did, like brushing their teeth in the morning and popping bubble wrap. That time is long gone, but Gardevoir has far from vanished. She still attends a solid number of parties, and when she does, players can find plenty of use for her.

With such emphasis on Special Attack and Special Defense, Dazzling Gleam is a shoo-in for most move pools. Psychic or Psyshock should fill the next slot; it really depends on who you're up against. Psychic is the more standard-issue special-based strike, whereas Psyshock, whilst still belonging to the special-based move group, damages the target per their Defense rather than Special Defense.

She may not look the part, but Gardevoir can deliver a supreme form of one of the best Fighting-type moves in the game, too. Focus Blast only hits seven out of ten times, but with a base power of 120, it's worth it for those startling little moments when the "Embrace Pokemon" needs to put her dukes up.

Pick a Ralts with the Synchronize ability if possible — Ralts can be found rarely down in the Grand Underground prior to obtaining the National Dex despite not appearing on the Sinnoh Dex — so that if Gardevoir's struck by a nasty status affliction, the opponent is forced to have a taste of their own medicine. 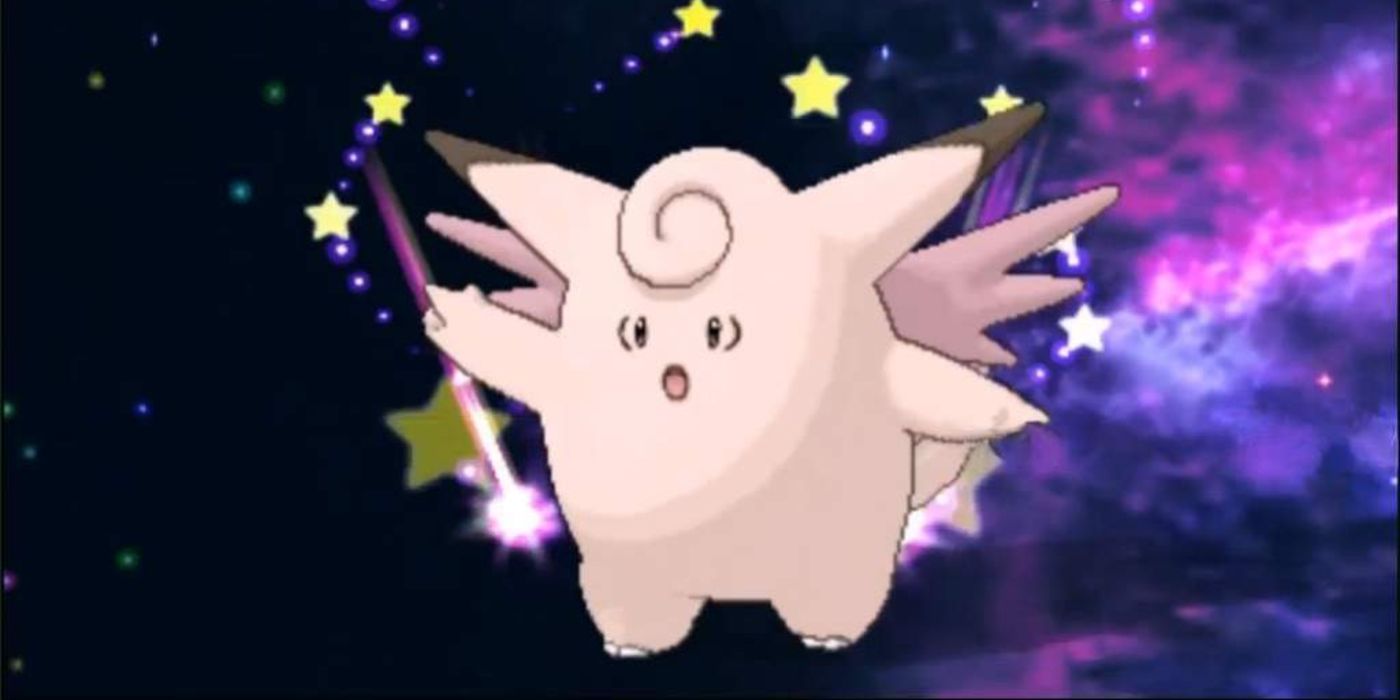 Here's a weird one. Every Pokemon has a formal subtitle of sorts, a species designation. Pikachu is the "Electric Mouse" Pokemon. Charmander's the "Lizard Pokemon." Lickilicky is, this one will blow you away, the "Licking Pokemon." Every now and then, multiple Pokemon come along with the same species, so to speak. Granbull and Clefable are both the "Fairy Pokemon."

If Granbull is the feisty warrior-sprite, Clefable's the classic slightly impish pixie. None of its stats stick out majorly, though HP and Special Attack are both sturdy enough to note. But Clefable has a secret weapon called Magic Guard. It's a Hidden Ability, which means players won't encounter a Clefairy with it in the wild. Win a bunch of matches at the Battle Tower to earn an Ability Patch and Magic Guard will finally be yours.

That's a lot of effort. Why is it worth the push? It nullifies a tremendous number of threats by only allowing Clefable to be hurt from direct attacks. Granted, there are dozens upon dozens of these in Pokemon Brilliant Diamond & Shining Pearl, but don't underestimate how many attacks do not make contact at all. There is roughly the same number between the two categories, so in effect, Clefable has sliced the pool straight down the center.

With all that taken care of, let Clefable be Clefable — if a move sounds like it belongs with this moon-worshipping Fairy-type, that's probably because it does. Moonblast, Soft-Boiled, Sweet Kiss, all of these are dandy. In the Battle Tower and competitive online matches, toss in something unexpected like Thunder for good measure. 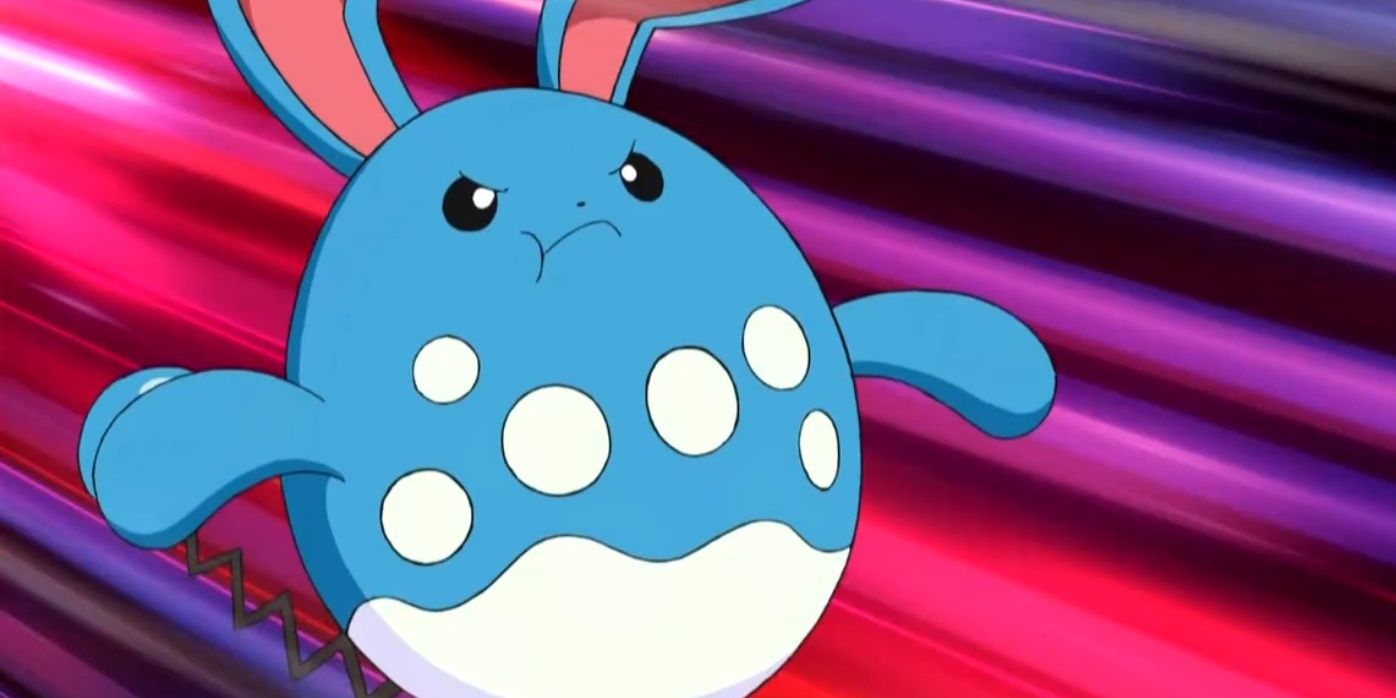 Azumarill is a blue-and-white, egg-shaped, bunny-eared behemoth. Its Huge Power ability doubles its Attack stat, which while yes, is a paltry 50 without it, is still superb. That's thanks to its great HP, Defense, and Special Defense; the interplay here cannot be overstated. Azumarill is built like a truck (if perhaps a very round one) and meant to endure all kinds of pain. But courtesy of Huge Power, it's the rare bulked-up wall that can smack back in spades.

Water/Fairy is a snazzy type combination that Azumarill only has to share with Primarina and Tapu Fini, neither of whom play a role in Pokemon BDSP. It means Azumarill's only got three weaknesses (Poison, Grass, and Electric) and none of them are doubled. By contrast, Azumarill's resistant to six types and immune to a seventh. Remember all that bulk? Very little in either the main game or post-game is going to burst this bubble-spewing braggart.

Liquidation and Play Rough both serve up the STAB. Ice Punch is practically obligatory if your team lacks proper Ice-type coverage otherwise. The boldest players will bring Azumarill into big battles with Belly Drum, blasting away half of its maximum HP but maxing out its Attack in return.