Coffee is one of those things that people have opinions on. It's a culture in and of itself, with massive varieties of beans, flavor profiles, methods of creation, aging and so much more. For many people, simple dried granules might be enough, but some people like to take it a bit further.

You could almost call it an art form, and games themselves are art too! They can cover every possible genre, and plenty of them have a love for the depth that can exist in coffee. Sometimes it's more educational or focuses on the calm environment of a cafe and other times, it can even be the portal to another world. 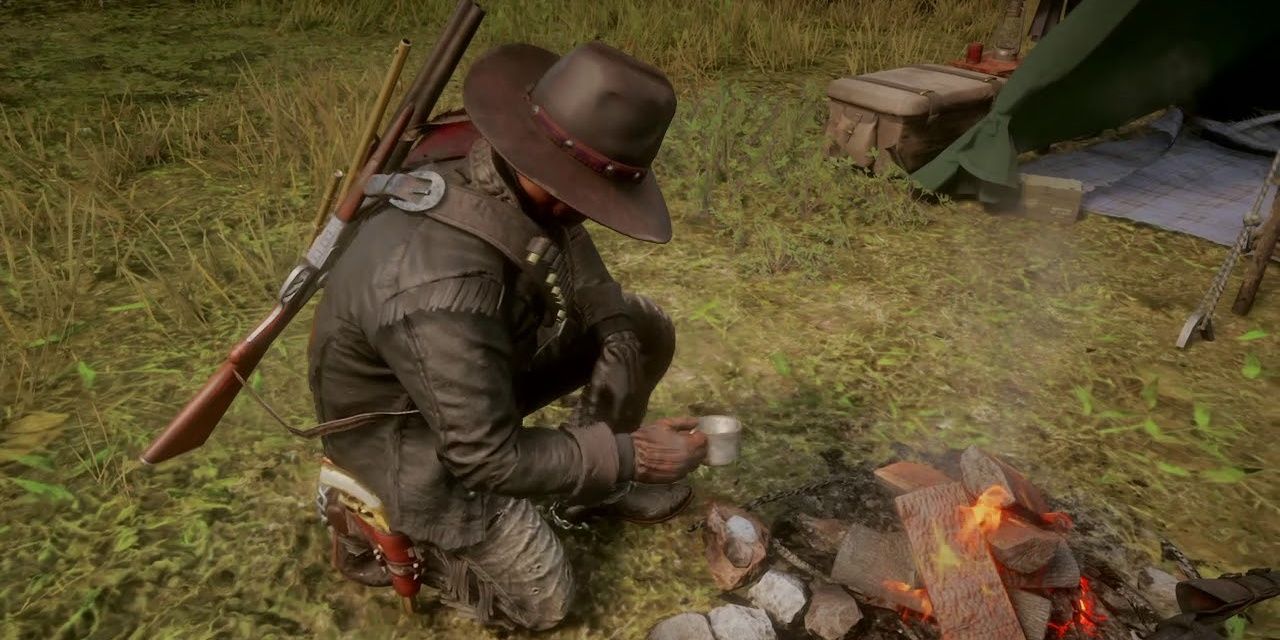 One major aspect of that is coffee. There's plenty of food and drink in the world, and Arthur does have to keep an eye on his weight, but coffee is a slightly more involved process, having to buy the beans and percolator and brew it yourself by a fire. It helps restore your dead eye and can be found at camp too if you ever run low yourself. 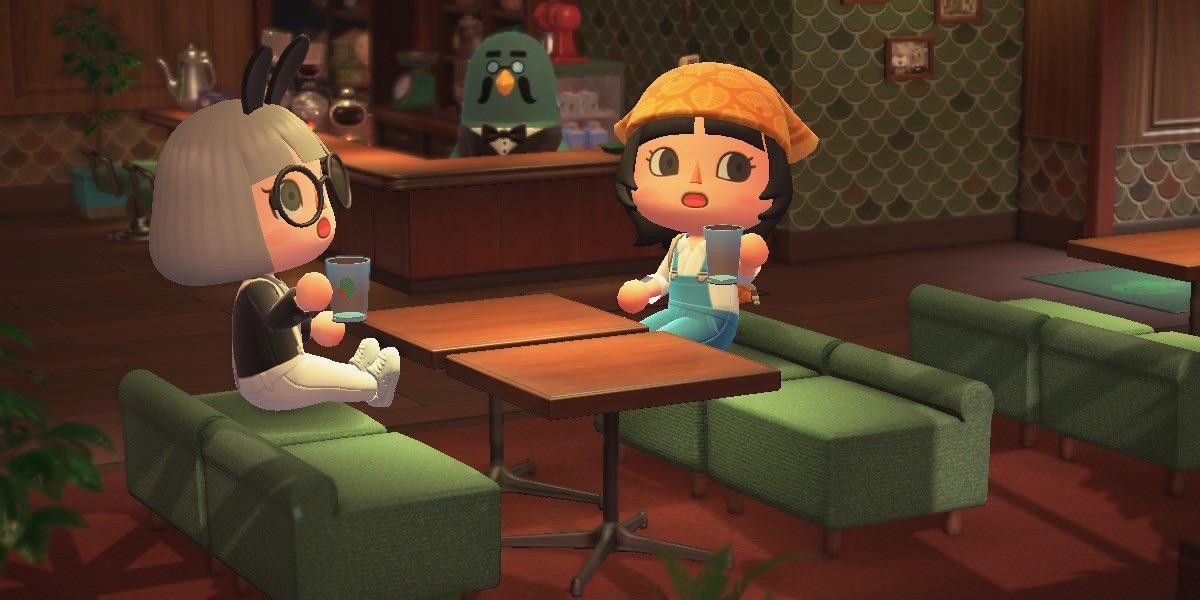 Animal Crossing, like every good game that wants you to live out a nice, idyllic little life, is packed to the brim with things for you to do that are somewhat superfluous. But originally missing from New Horizon was Brewster and his cafe, a beloved feature of New Leaf that let you work the counter yourself for some cash.

With its return, you can go to the Roost for a fresh cup of coffee and have a nice chat with Brewster. But even better, you can invite your friends along, be they villagers, other islanders or even amiibo characters to all have a nice evening out with a cup of coffee. It has no real purpose, but what's better than a nice cup of coffee amongst friends? 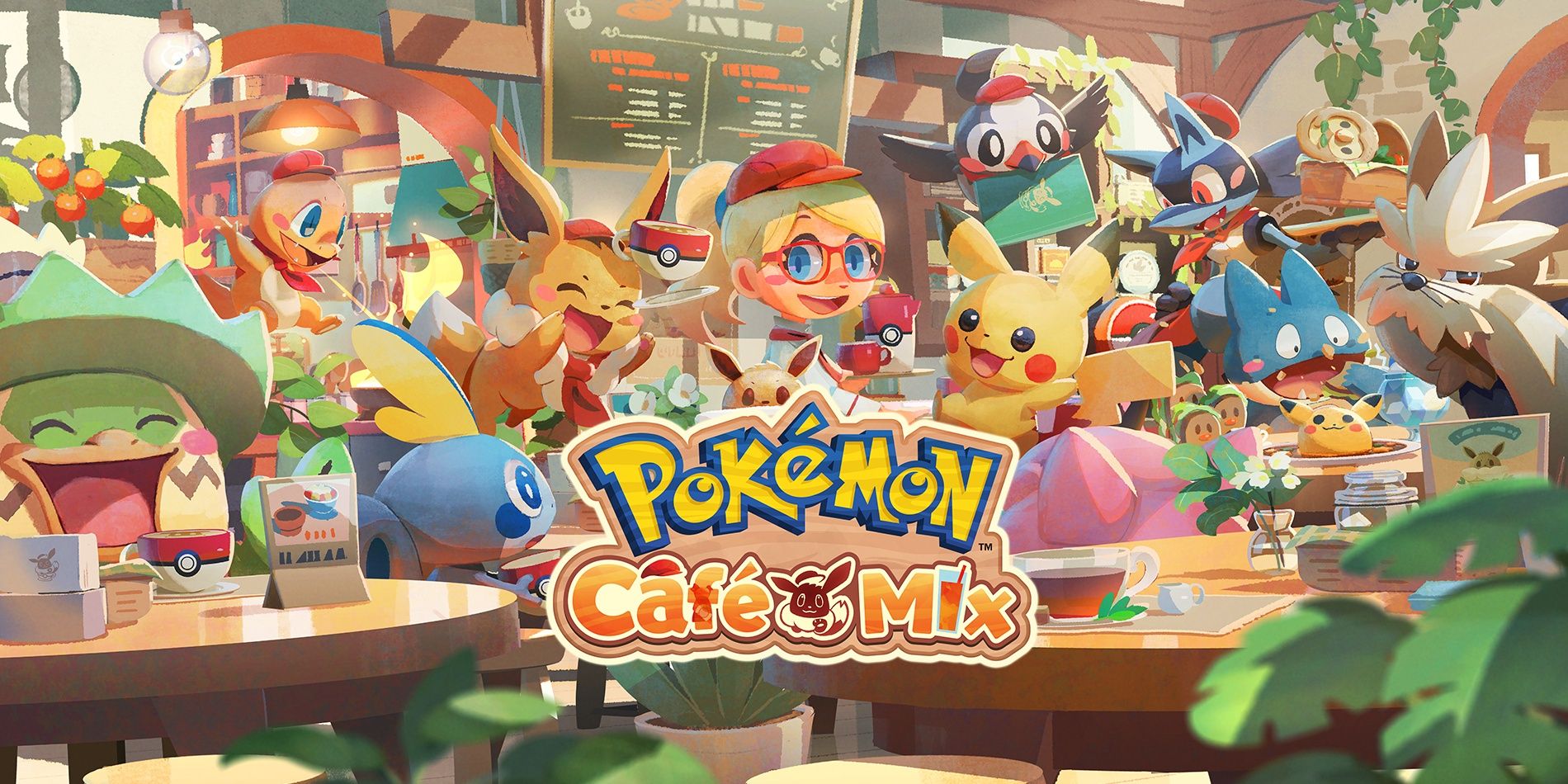 With a media franchise the size of Pokemon, it would be impossible for them to have not covered basically every imaginable scenario at this point. There's even a Pokemon game to help you brush your teeth, so Pokemon Cafe Mix, letting you run a cafe with some Pokemon, is far from the biggest stretch.

Thing is, this isn't your typical "manage a coffee shop" game. Instead, Cafe Mix is actually a puzzle game, mainly match-up puzzles, trying to get high scores and convince visitors to join your team, all the while creating dazzling drinks and meals. It's a simple little game, but has an adorable art style and will maybe scratch that coffee shop itch. 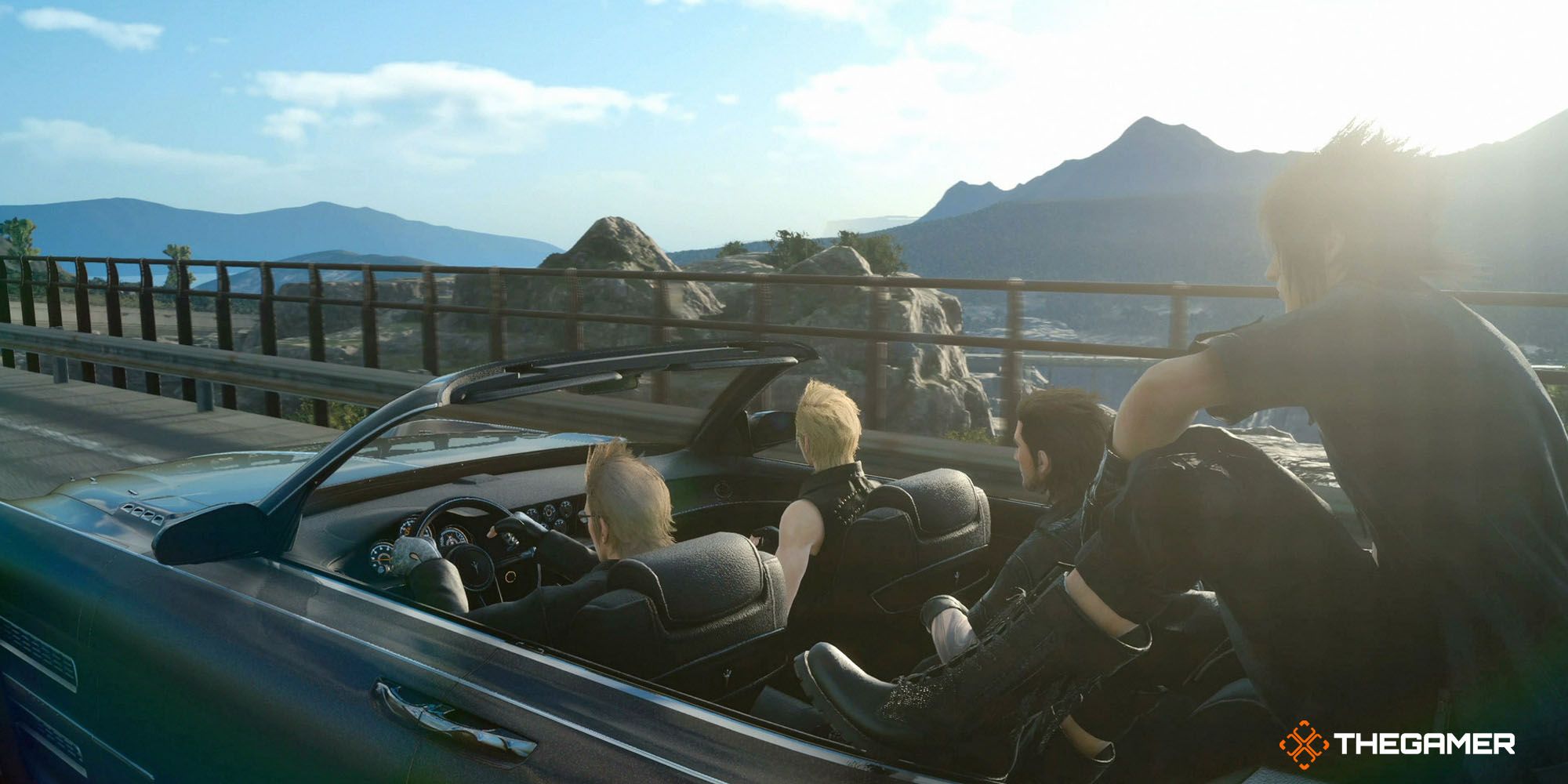 Final Fantasy 15 has had what one could call a troubled development. Starting as Versus 13, it was eventually given a new director and instead shifted into Final Fantasy 15 instead, building on the limited footage that was already shown. It's still a great game, passion bursting from the seams of its rickety foundations.

Of the merry band of adventurers, there's the parent of the group, Ignis. He coddles the group, is the one they look to for all their issues, and even keeps them fed with his wondrous recipes. But during all his travels one constant is his favorite brand of coffee, Ebony, that never leaves his sight. Looking after a group like them, he'll need it. 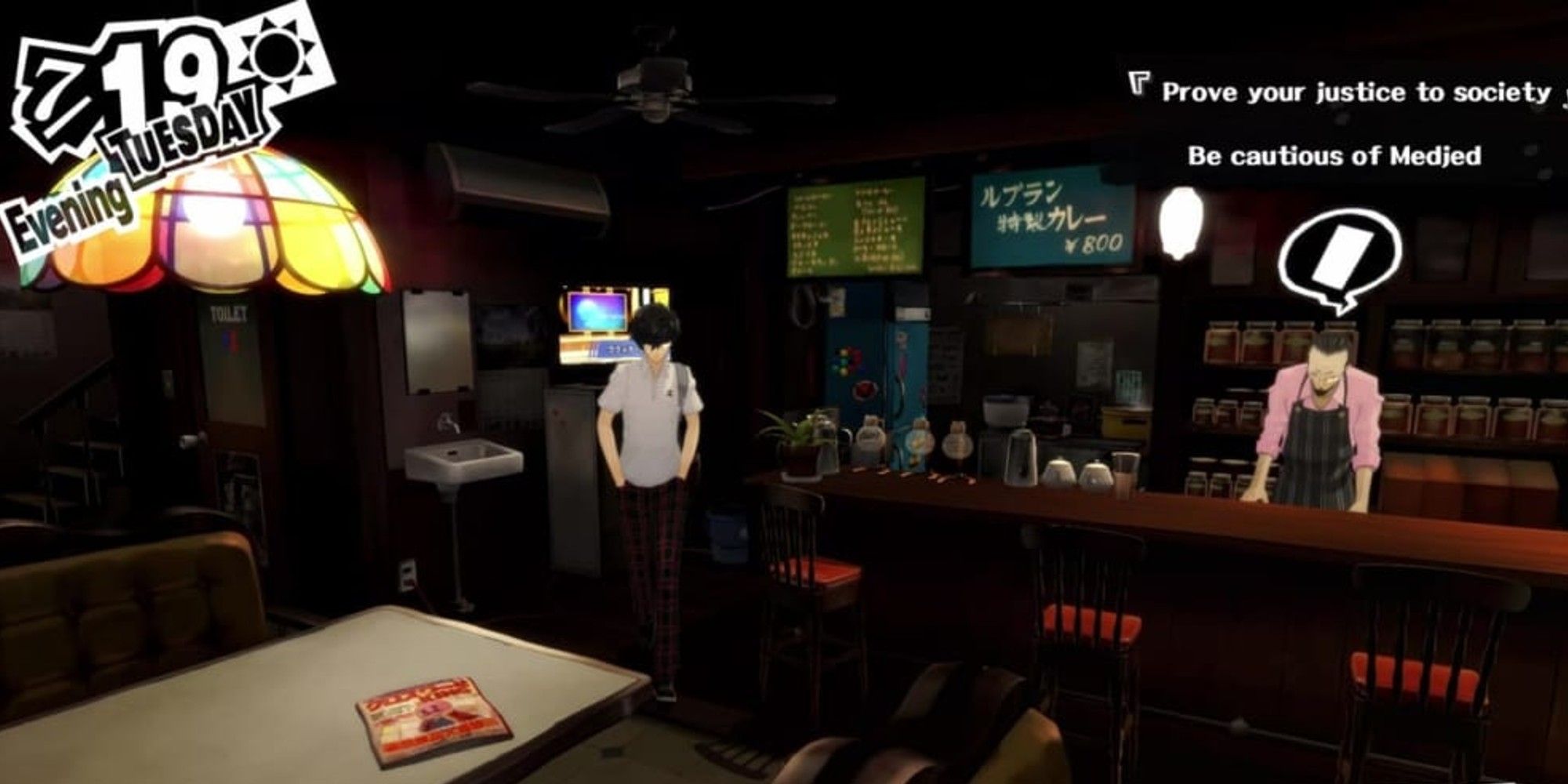 The Persona series has been running for a long while now, and each game is a drastic departure from the last, in style, themes, and gameplay. Sure, things like the Persona themselves and core elements of the combat remain, but not much else. For example, does any other Persona game have as much of a coffee obsession as 5?

Starting off with you being put under the watchful eye of Sojiro, you are instantly introduced to Cafe Leblanc, his pride and joy. And as he warms up to you, he starts teaching you his techniques, how to brew coffee, and the differences in different bean types. Leblanc coffee is so useful that it takes a portion of the day to even brew up. 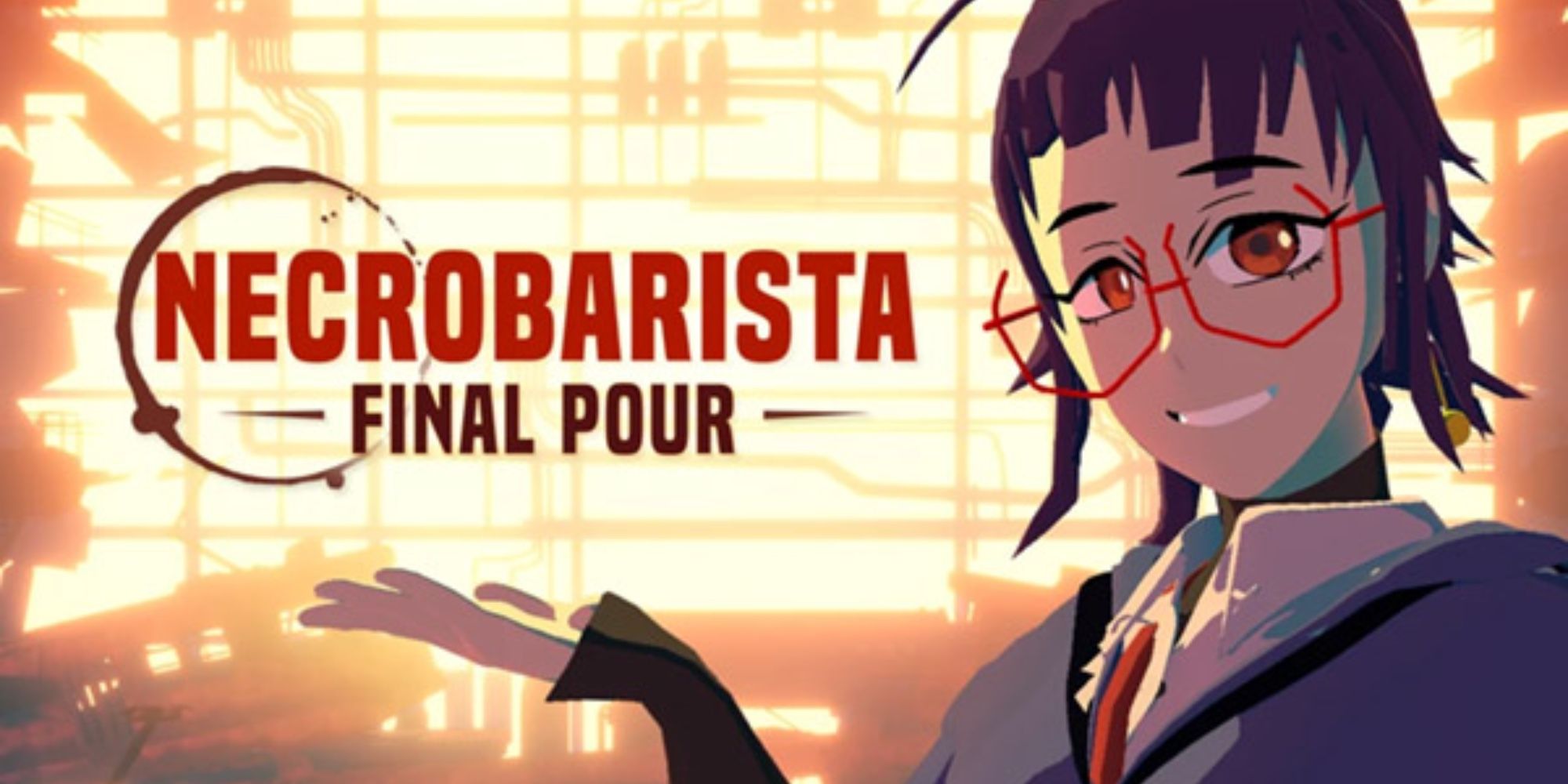 Coffee is viewed in a very specific way, like it's some deep indication of the human soul. What you like can say a whole bunch about your character. But coffee is also something that can keep you calm and open to talking. And Necrobarista thrives on that, giving the dead one last pour of coffee and having an evening of life before passing on.

The game is a visual novel with quite a unique style, hovering words in a 3D environment, but exploring in first-person. Its themes are heavy, dealing with the concept of letting go and accepting death, and finding peace in the little things, like a good cup of coffee before you face the rest of your life, or death as the case may be. 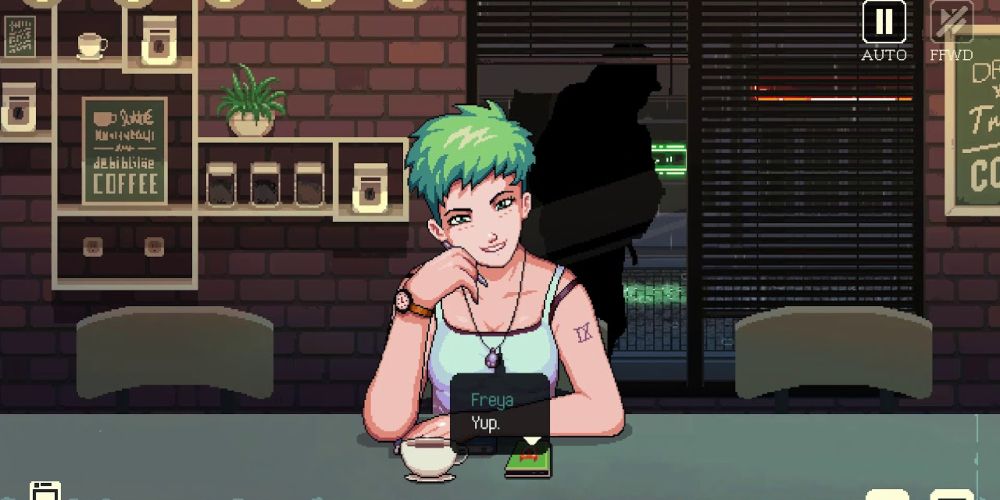 Coffee Talk has very similar vibes to VA-11 Hall-A, but where the latter is cyberpunk with heavy themes delivered bluntly, the former is a pseudo-reality, things quite similar but just a bit different. There are elves and succubi, but they need a calm place to sit and chat like anyone else.

There's no grand story at play here, just your customers and serving them up a nice cup. It's all a place to be calm, a small little shop amidst the metropolis. Make the latte art that will put a smile on their face, be the small bit of joy for them after a hard day. Let them indulge in conversation with each other. It's soft, not trying to be anything more than a period of calm, and succeeds wonderfully. 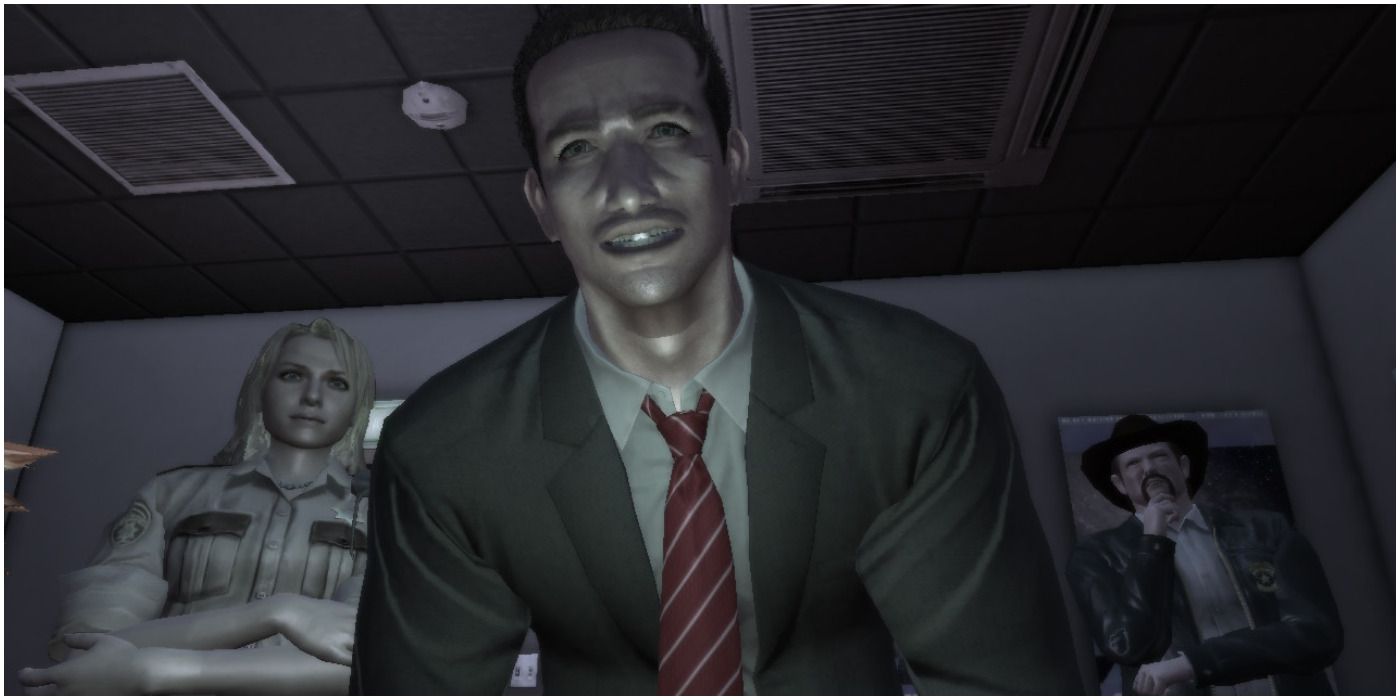 When we talk about weird writing in games, lots of people like to bring up Hideo Kojima for the surrealism of the writing in his works, ignoring that the convolutedness is parallel to the themes of his works. If you actually want weird writing, you want Deadly Premonition. And yeah, it's weird, but damn if it doesn't actually have a great story.

Pulling heavily from David Lynch's works to the point it almost feels like fanfic, Deadly Premonition is a ride that always runs at full speed. And being a love letter to Twin Peaks, coffee is pretty major. But Detective Francis York Morgan has more than a damn good cup of coffee. He has a coffee that gives him visions of what's to come, from mastermind dogs to red raincoat killers. It's something truly special.