Horror games are not for everyone, but the best horror games are so influential to anyone in the gaming community that’s brave enough to play them. A good horror game has memorable antagonists, the perfect creepy music to set the mood, and a compelling environment.

The wintertime is the perfect setting to scare an audience playing a game. It's gray, the sun sets early so nights are long, and there is a stillness in the air. Anything could be lurking around a corner to break the silence. Here are some of the horror games we think you should try when you’re snowed in. 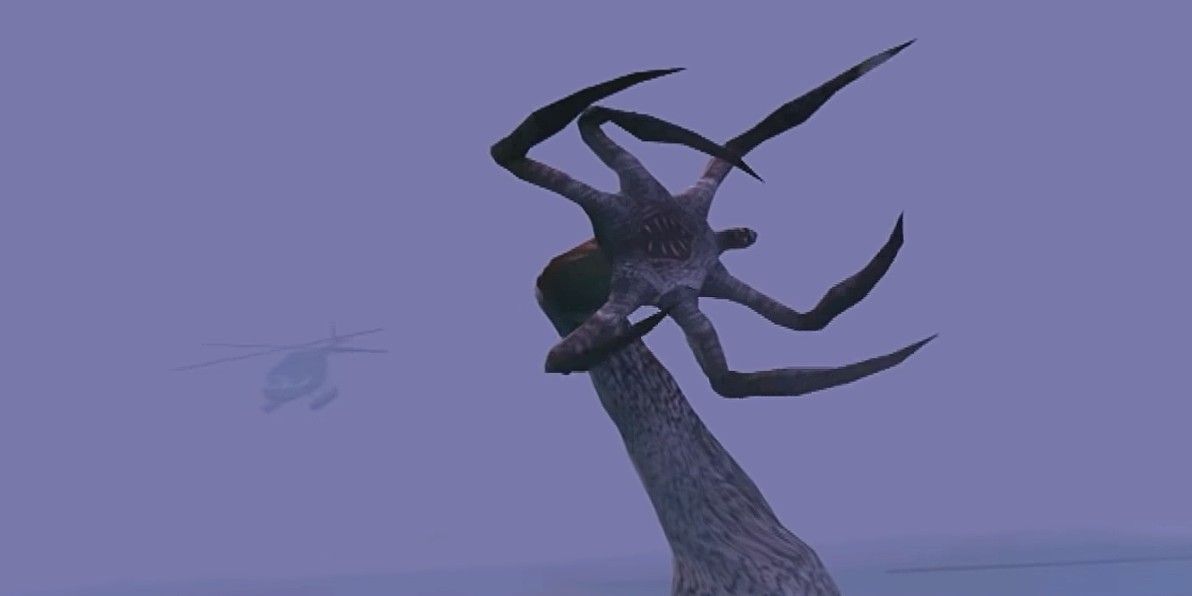 In the early 2000s, The Thing video game came out as a sequel to John Carpenter’s movie The Thing. John Carpenter even makes a cameo in the game. It follows the spirit of the iconic horror movie and recreates the settings of the original movie for gamers to experience.

The Thing video game has you play as the protagonist Blake. He is sent to investigate the disappearance of the crew from the movie. Players have the task of surviving the frozen tundra of Antarctica and fighting parasitic aliens. Other members of the protagonist crew can also be infected with the parasites, so you must care for them as well before it’s too late. 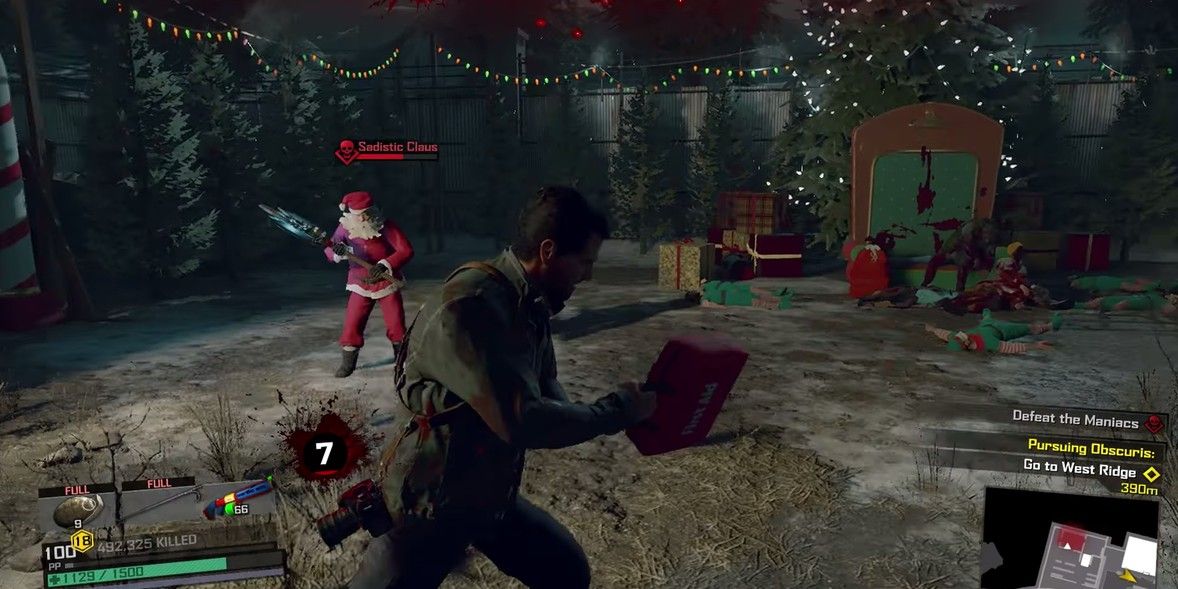 Dead Rising is an incredibly popular zombie game most fans of the zombie survival game genre have played and enjoyed. In the latest Dead Rising game of the series, the story takes place around the holiday season. Frank is stranded in a mall and must survive waves of zombies by gathering any weapons he can from inside the mall stores.

The game is still horror-based, but it definitely embraces the comedy genre too. Dead Rising 4 has a DLC expansion that lets you dress up zombies as Santa’s elves or use a candy cane crossbow to kill enemies. You can even fight Santa who was formerly a mall Santa. 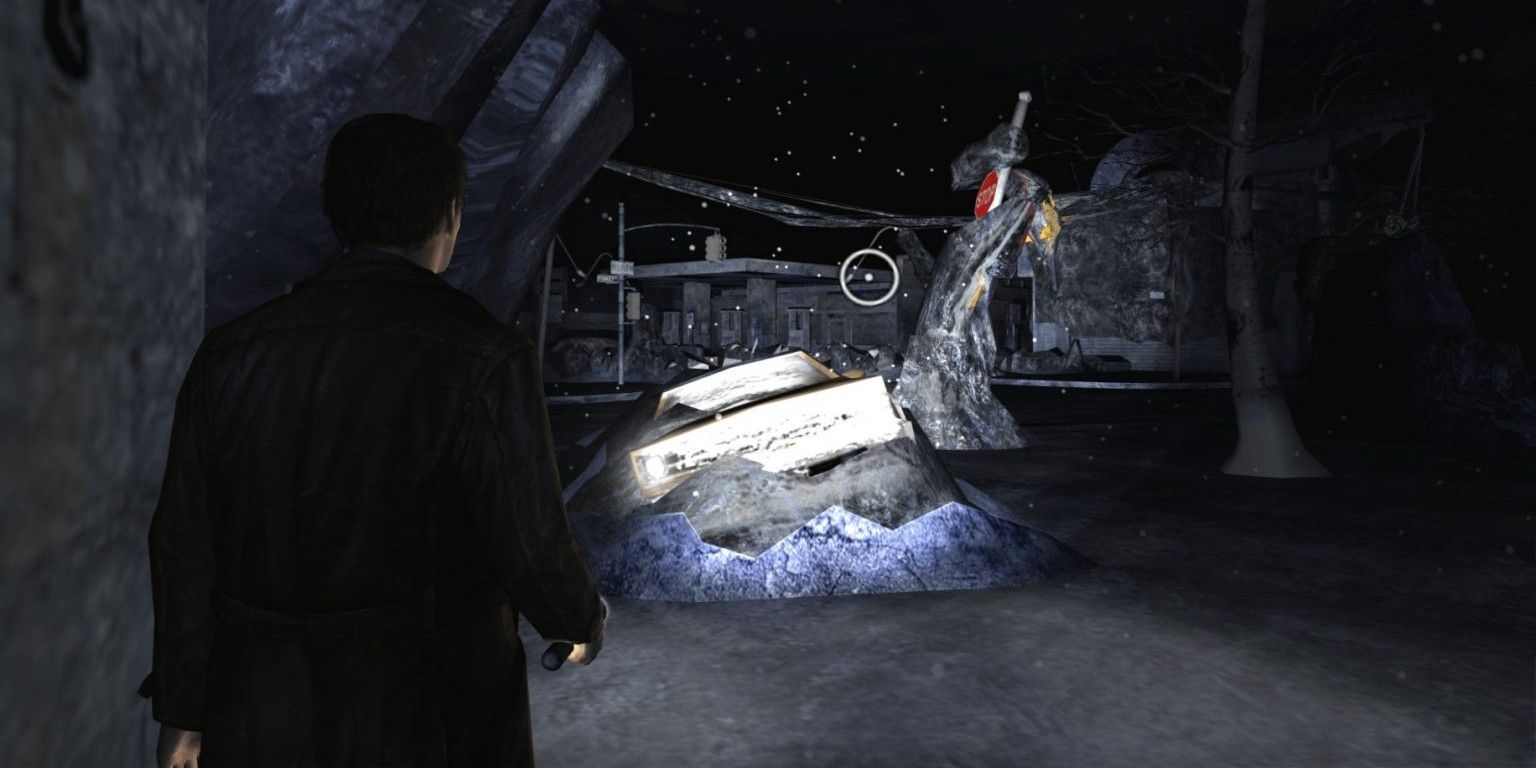 Sometimes remakes of games do not live up to their originals. There is a heavy burden on them to keep the spirit of the original while adding just enough fresh content to keep things interesting. Silent Hill: Shattered Memories is a remake that does the original justice.

The game first begins in a therapist’s office, and the choices you make when asked questions will affect how the rest of the game unfolds. Afterward, you'll wander around a cold, eerie town and complete small puzzles throughout. Silent Hill: Shattered Memories encourages you to carefully observe your environment by giving you clues and changing the gameplay depending upon what you find. 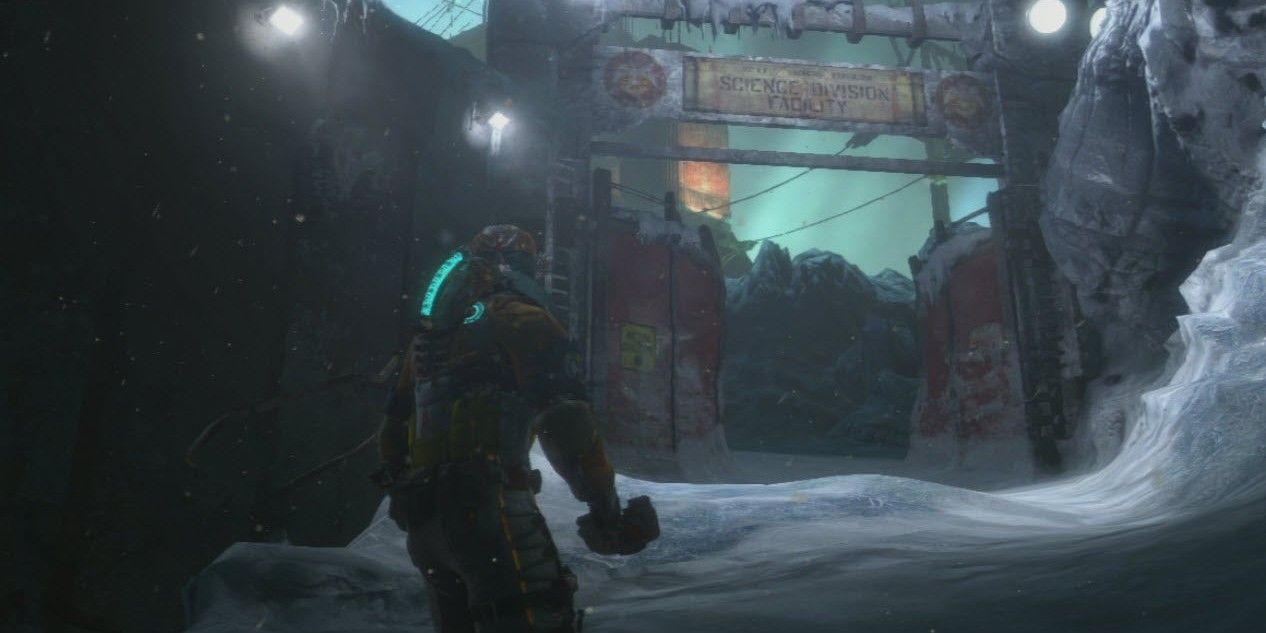 Dead Space 3 takes place off Earth, but the environment is still frozen and freezing for your winter gaming fix. In the last Dead Space of the series, protagonist Isaac Clarke travels to the icy planet Tau Volantis. Here they face the classic Dead Space antagonists, the Necromorph.

Sci-fi and horror fans alike agree that Dead Space 3 strongly uses its environments to submerge you into the gameplay. The developers took creative freedom in creating an otherworldly and futuristic environment off Earth. That’s why the sci-fi genre can be so horrifying: it’s a completely new and unknown territory, unlike anything we know. 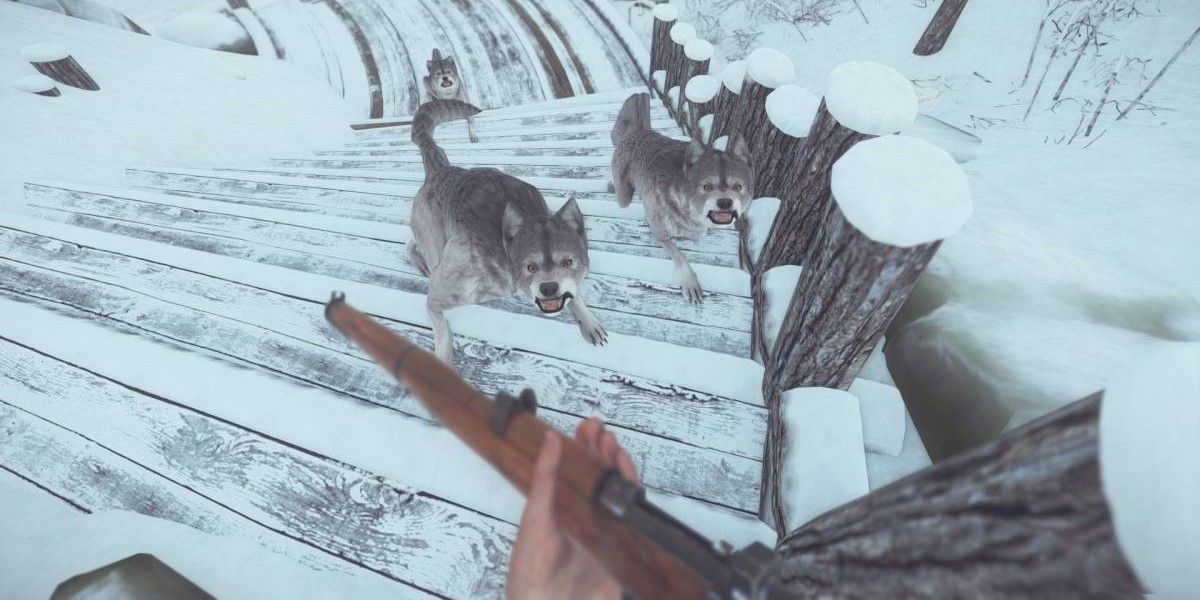 A Canadian studio created a horror game that embraces the feeling of being stranded in the frigid wilderness of Canada. In Kona, the environment around you is like an antagonist, although other supernatural horror elements appear the more you play the game.

Players of Kona must carefully maneuver in the world around them and pay attention to protagonist Carl's physical and mental health. The cold winter air can harm you, but to stay warm you can build a fire. Your stress will increase when you see traumatic events, and this makes gameplay difficult. You can fix that by having a beer or cigarette. 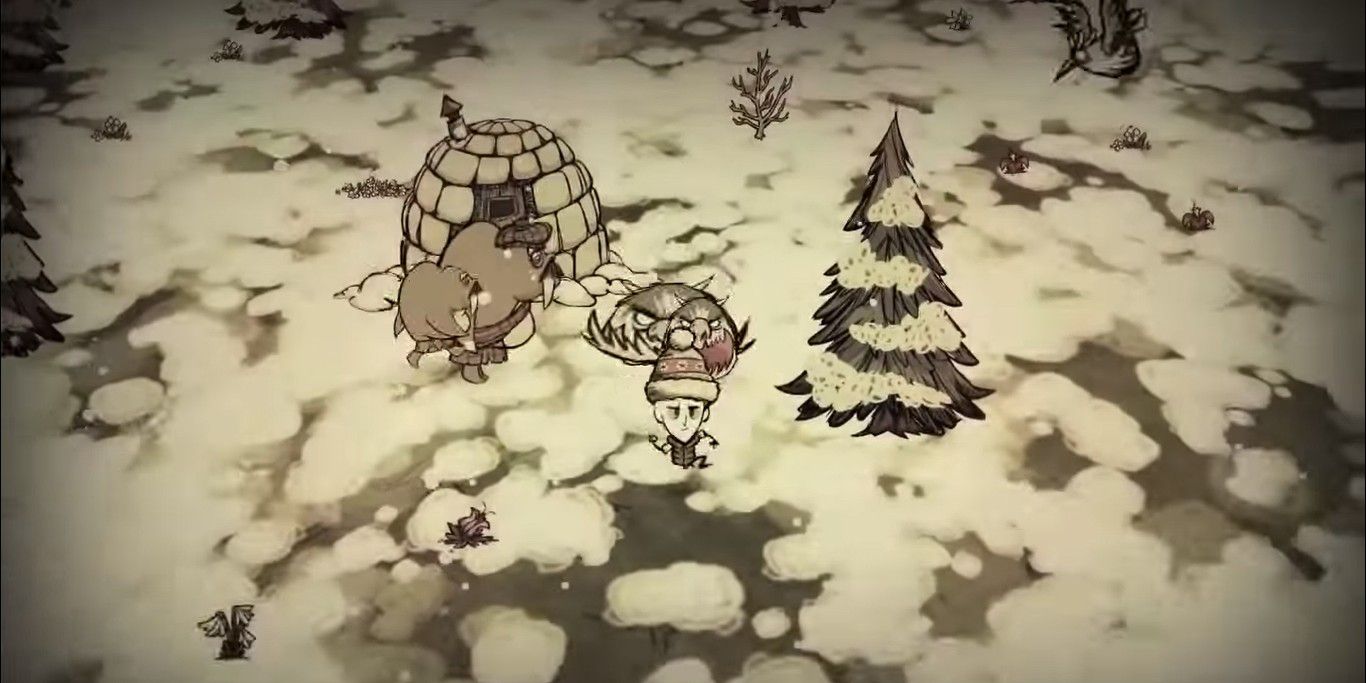 Don’t Starve has a cartoon art style that is cute for a horror game, but that doesn’t mean it’s any less entertaining or creepy than other horror games. The entire objective is to survive as long as possible, and the game counts how many days you’ve survived in a world infested with monsters.

Winter is not the only setting in this game, but it is a challenging section of Don’t Starve. Survival relies on battling the natural elements, gathering food, staying sane, and avoiding monster attacks. Wintertime comes with the expected challenges of freezing temperatures and minimal food. 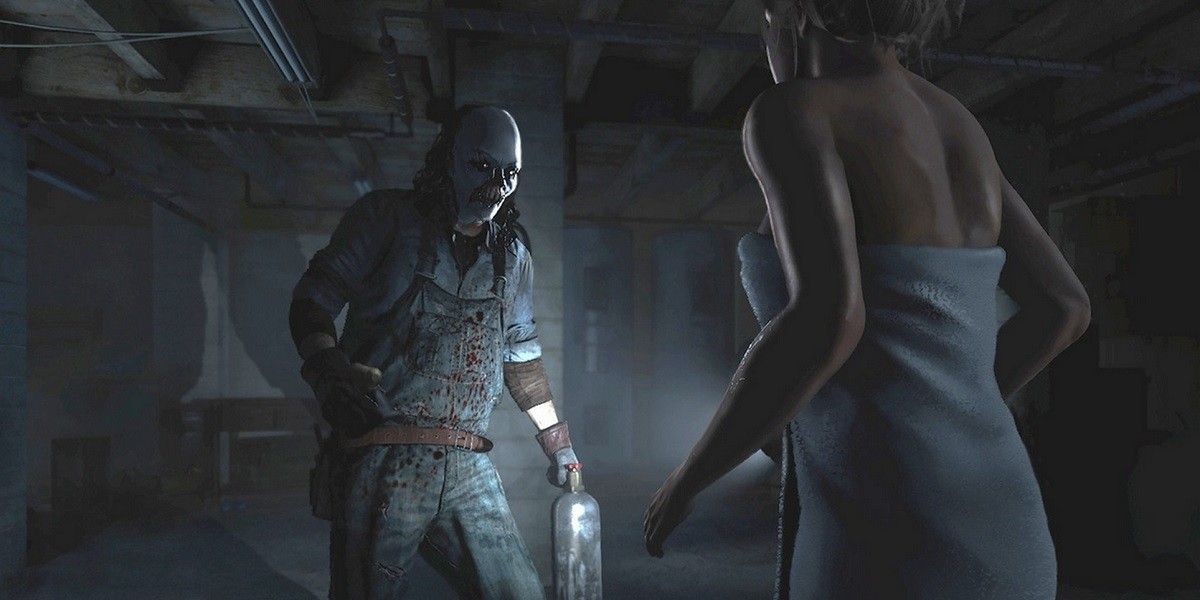 Horror across any media is notorious for revolving stories around a cabin in the woods. In Until Dawn, a group of friends goes on a retreat to Blackwood Mountain, but things take a dark turn. The group is split up and is being targeted first by a masked man then a mysterious creature.

The element of survival is really emphasized here. The gameplay is based on a butterfly effect, meaning that every choice you make affects the way the story turns next. Players have the potential to save every single member of their group, but only when the perfect choices are made. 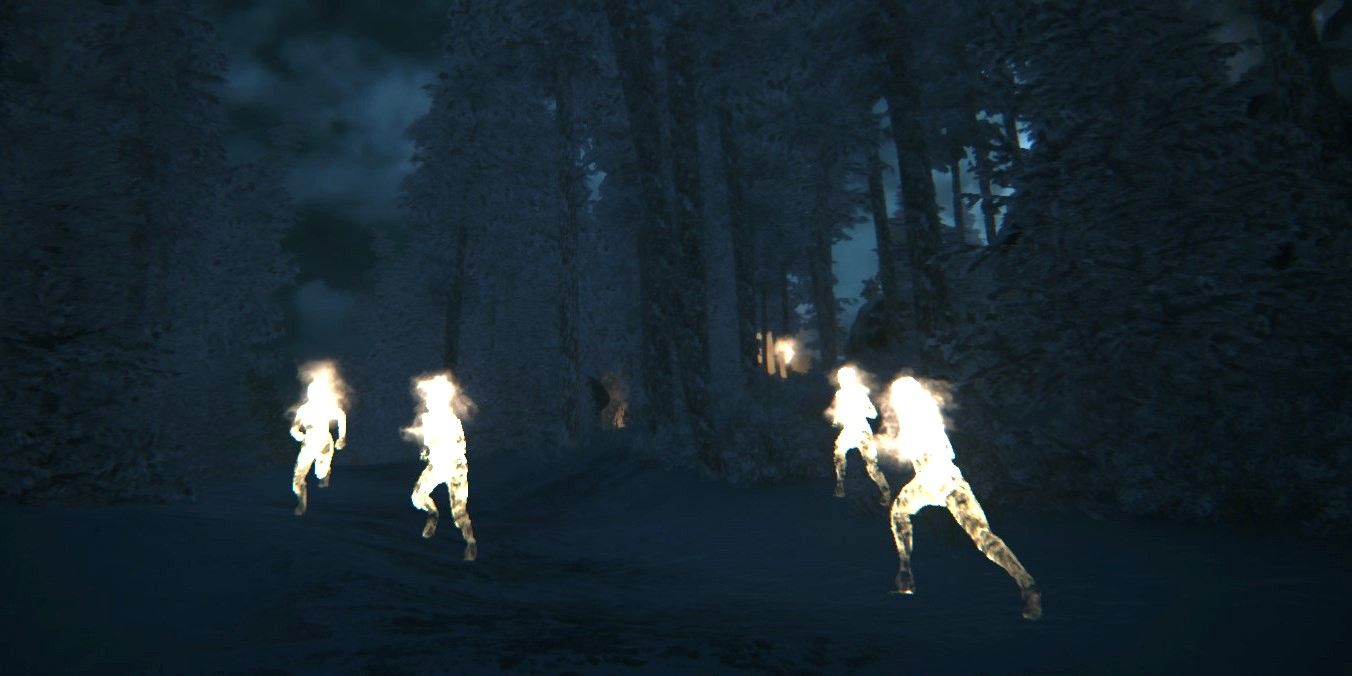 When a horror movie or horror game says it’s based on a true story, you know it’s going to be chilling. Kholat is an indie game based upon the Dyatlov Pass incident. This was an event in which nine Russian hikers died in the mountains under strange circumstances. They seemed to flee their campsite in a rush, and three in the group passed from traumatic injuries.

Kholat takes the player to the site this tragedy occurs. The game’s protagonist is traveling to the mountains to investigate how this happened. They quickly discover strange supernatural occurrences like glowing footprints and lights in the sky. As the game progresses, more clues on what really happened unfold.