The Cycle: Frontier Guide To Playing As A Group

Dropping onto Fortuna III and playing Solo in The Cycle: Frontier is a pretty brutal experience. If you don’t get torn apart by the slabbering monstrosities that call the tumultuous planet home, there are the blood-thirsty Prospectors prowling around that want what you have.

Going in as a group with friends can exponentially improve your survival chances as well as make some of the harder missions or bigger threats, such as Alpha Predators, much more manageable. So for plucky Prospectors dropping with backup, here’s a guide to playing with groups that might make things easier.

How To Start A Group Drop 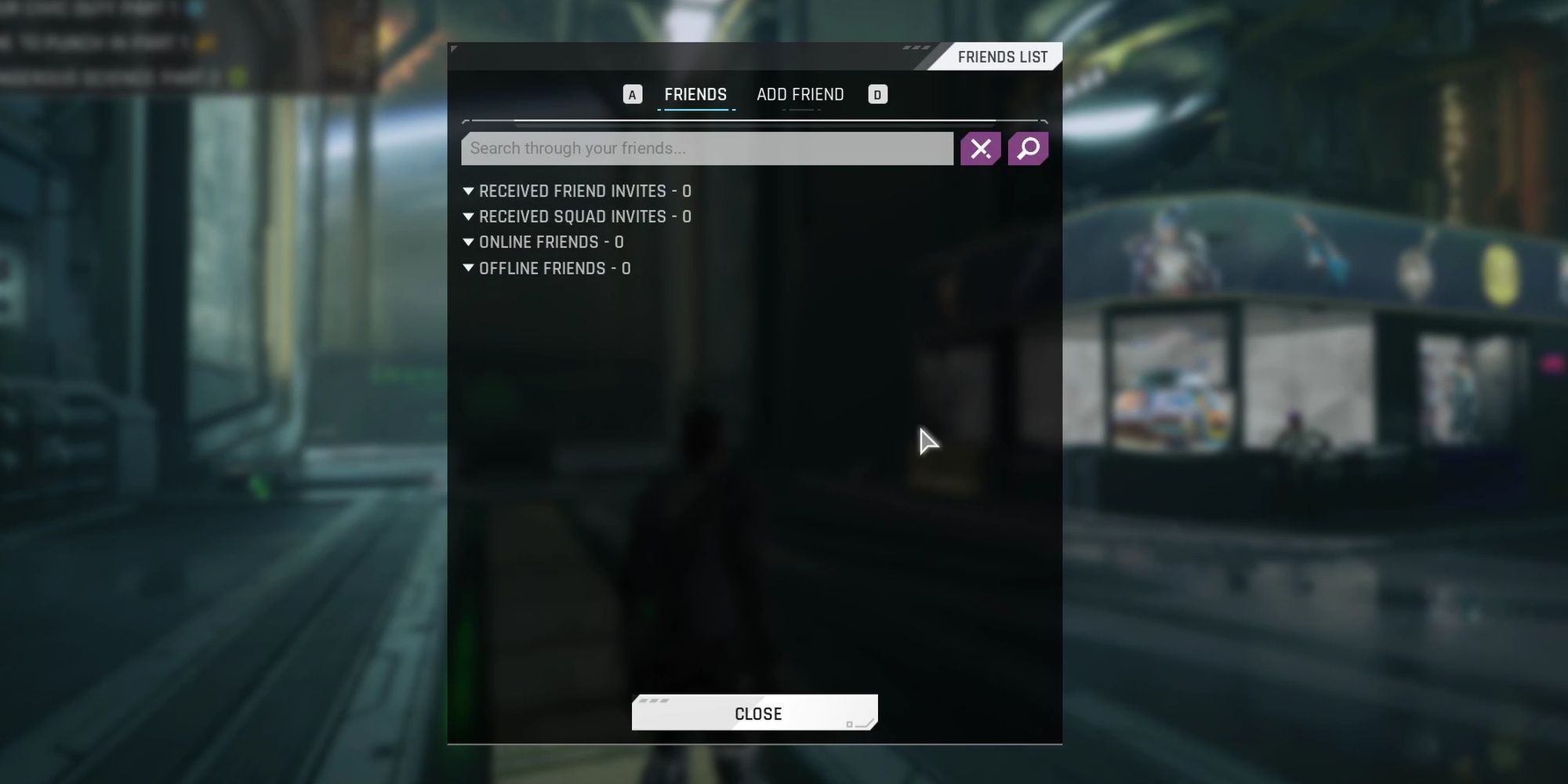 Starting a drop with a group in The Cycle: Frontier is extremely easy. There are unfortunately no matchmaking options to start a group with random players. So you’ll need to have a few friends on standby if you want to roll as a sqaud.

To start a group just use the social menu and then send an invite, it’s that simple. Once someone accepts it they’ll be brought into your Hub location. From there just queue up a drop and you’ll all be dumped on the planet of Fortuna III in a random location together. Then your team can plunder the planet and other Prospectors' pockets to your heart's content.

The Difference Between Solo And Group Drops 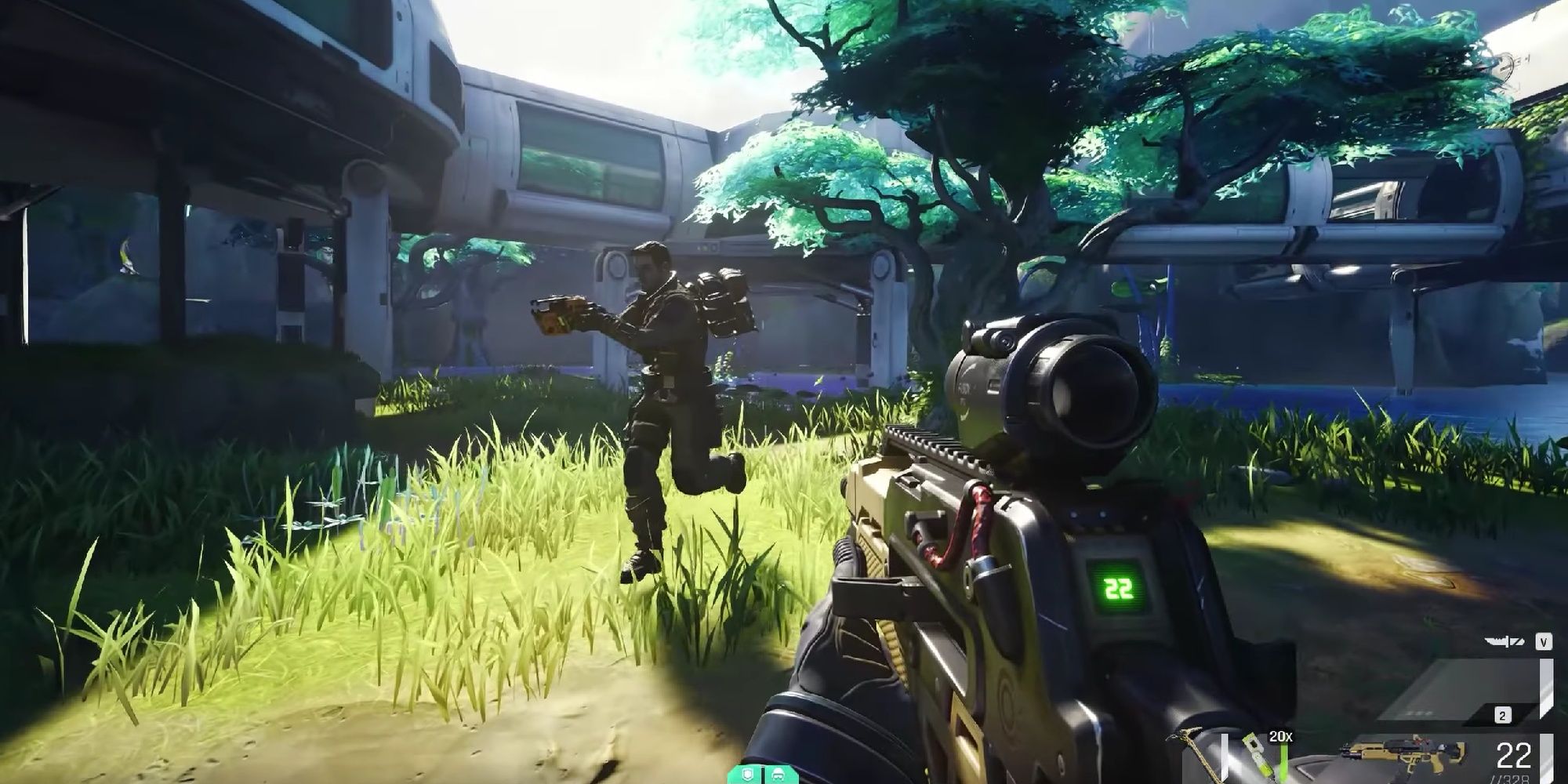 For those new to the game, the difference between dropping on your own and going in with heavily armed friends is pretty massive. Especially since The Cycle: Frontier, unfortunately, has a bit of a balancing problem with how groups are integrated into the game. In that they’re just thrown into the mix with other solo players.

Unlike other games like Call of Duty: Warzone as an example where there are dedicated modes for Duos, Trios, and Quads where they’re matched against other groups. Here it’s a complete free-for-all, with large groups often dominating and eviscerating anyone that’s by themselves and unfortunate enough to get in the way. So if you really want to clear house and go home with an inventory heaving with scavenge and a wallet full of Krypto Marks, going in with friends is the best way to play The Cycle: Frontier. 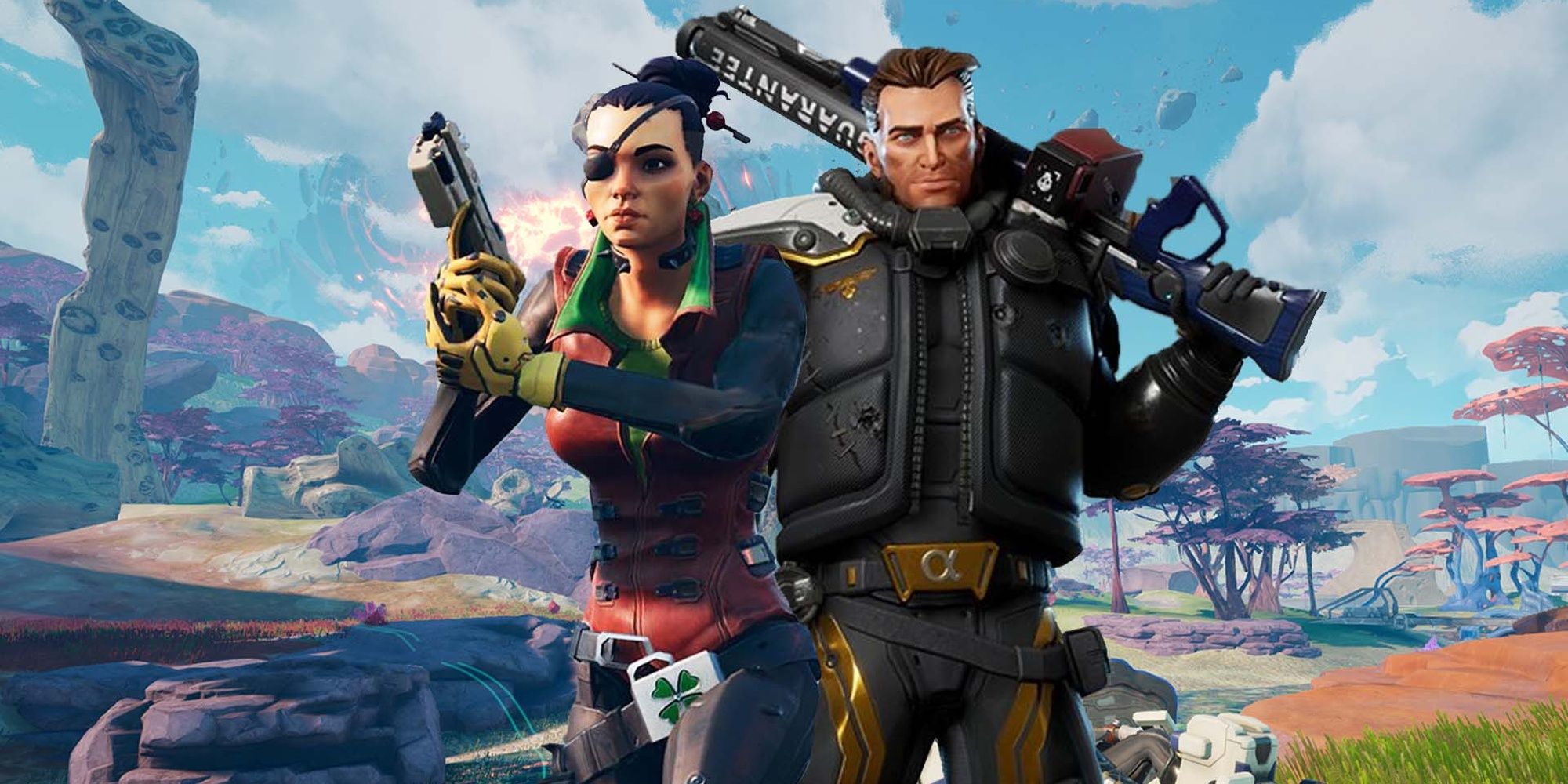 For those looking to dive onto the planet with their pals with the prospect of collecting tons of loot in mind there are a few things worth keeping in mind. Whilst you can rampage around like a heavily armed bull in a proverbial shop, playing smart can keep your squad alive longer.

Plus, the more people in your crew still standing when you head for the extraction ship the better as means more items to sell. So here are a few helpful tips for teams looking to make the most of their time on Fortuna III. 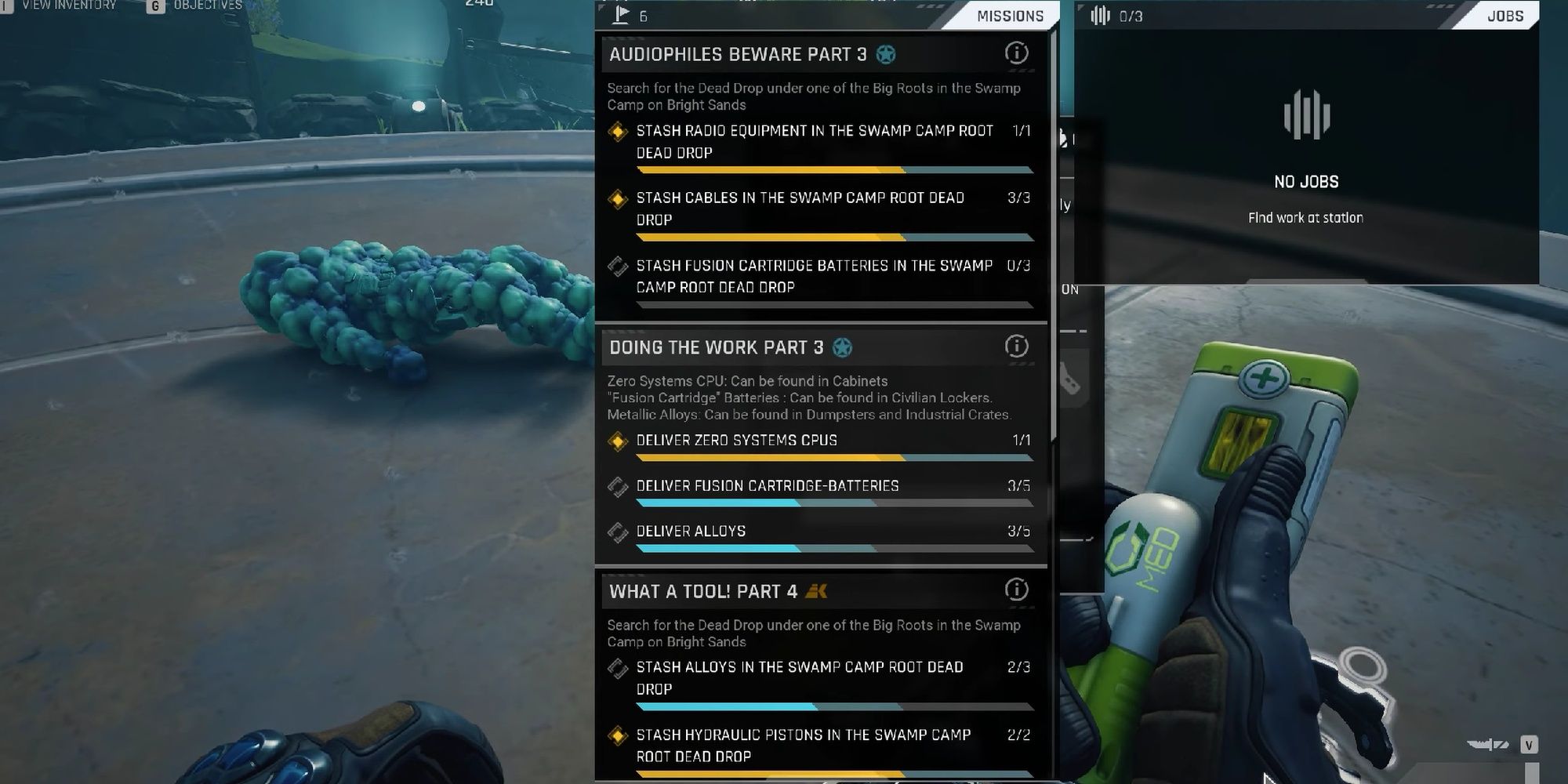 First and foremost, it may seem an obvious point to make but having a plan when you hit planetside can make all the difference. The maps in The Cycle: Frontier are pretty massive, especially Bright Sands and it’s easy to just wander around for hours on end.

Whilst you can do that, it’s much more efficient to go in with a game plan of what locations you want to hit, what items you need, or what missions need to be completed. With the map constantly filling with players, the longer you’re group is wandering around the more vulnerable they become. Plus there’s also a higher chance of encountering another team of Prospectors with much stronger gear. So get in, get what you need and get out. 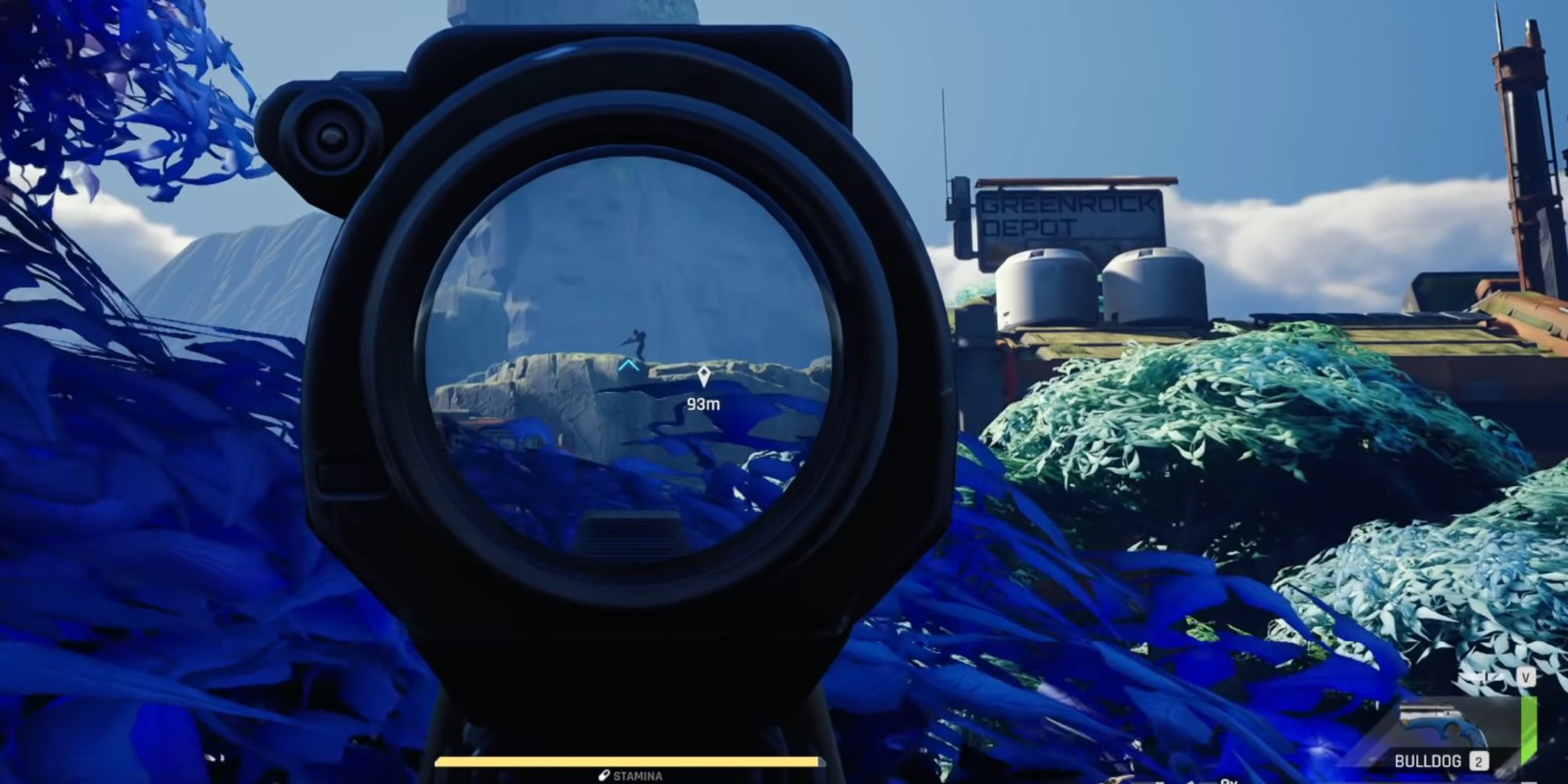 Whether you’re going in with friends, or a ramshackle group of randos that you’ve managed to recruit in the Hub, the key focus in any drop should always be communication. Whether ingame or external, staying talkative makes quite a difference.

Death can come out of nowhere fast and often unfairly if you’re unaware of how The Cycle: Frontier calculates damage. So being able to yell at your fellow scavengers when under fire is crucial. Whilst there is a ping system to point out threats, it’s not particularly great, and often by the time you’ve indicated at someone's location they’re already long gone. Or have opened fire and taken out another teammate. So use a mic and be chatty if you can. 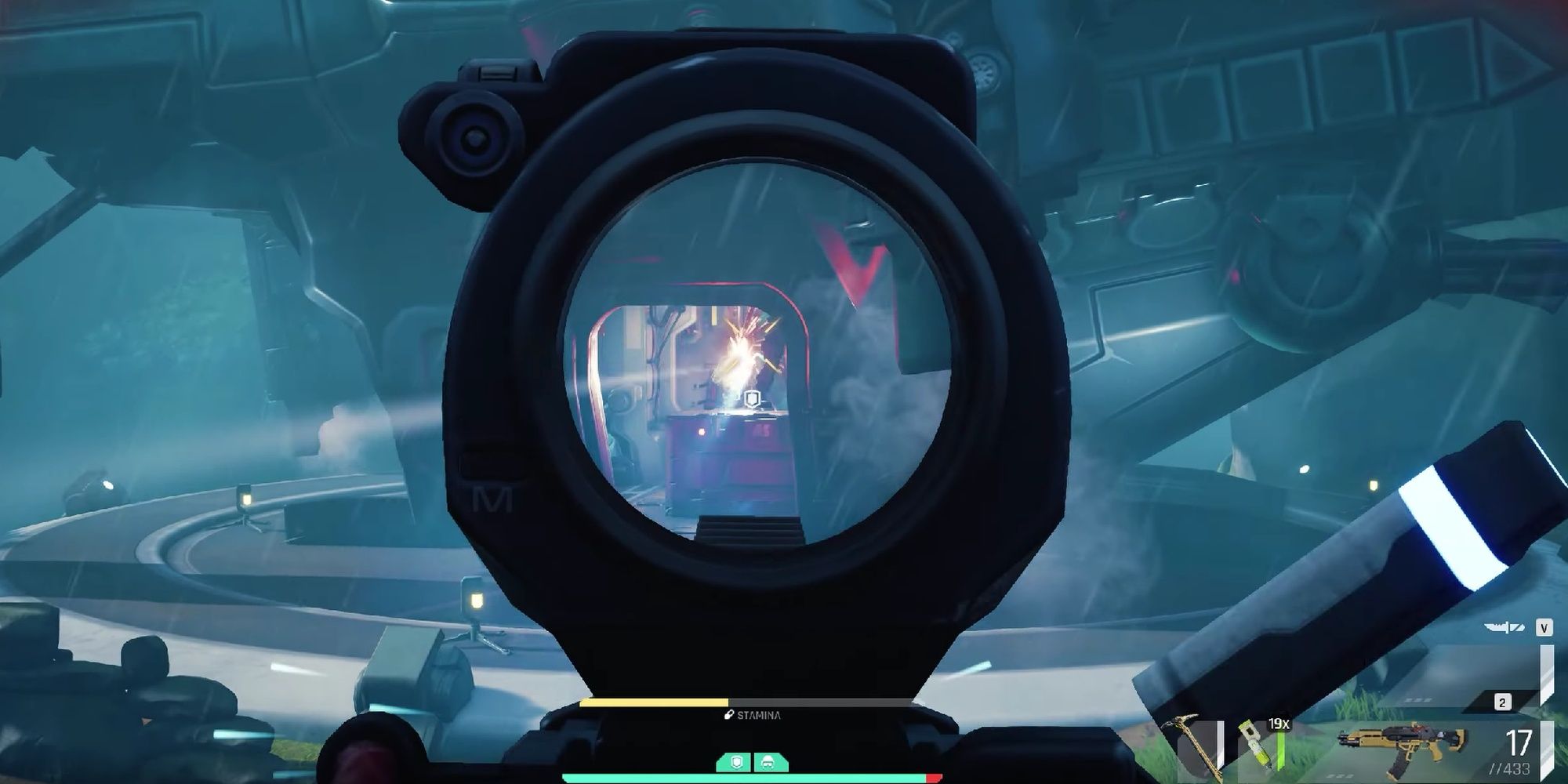 Its been mentioned multiple times already and there are countless forums posts to back it up, but The Cycle: Frontier is very unbalanced when it comes to its multiplayer aspect. Groups have free reign and when you encounter another player the Community seems to agree that the best tactic is to rush someone's position.

Because the majority of players tend to play solo, and because being on your own is much tougher since you can die in just a handful of lucky hits, often Prospectors that are by themselves will hunker down and just wait. Or panic and run, only to get shot in the back from someone hiden by the exceedingly dense foliage covering the planet. A group of three charging from different angles or suppressing someone's position is impossible to counter right now, so it’s easy to just charge your way through any opposition. If your group spots a target, be aggressive and run them down.

Whilst this works for now, future updates to deal with this balancing problem could make this a dangerous tactic. So use your best judgement when engaged in a firefight. 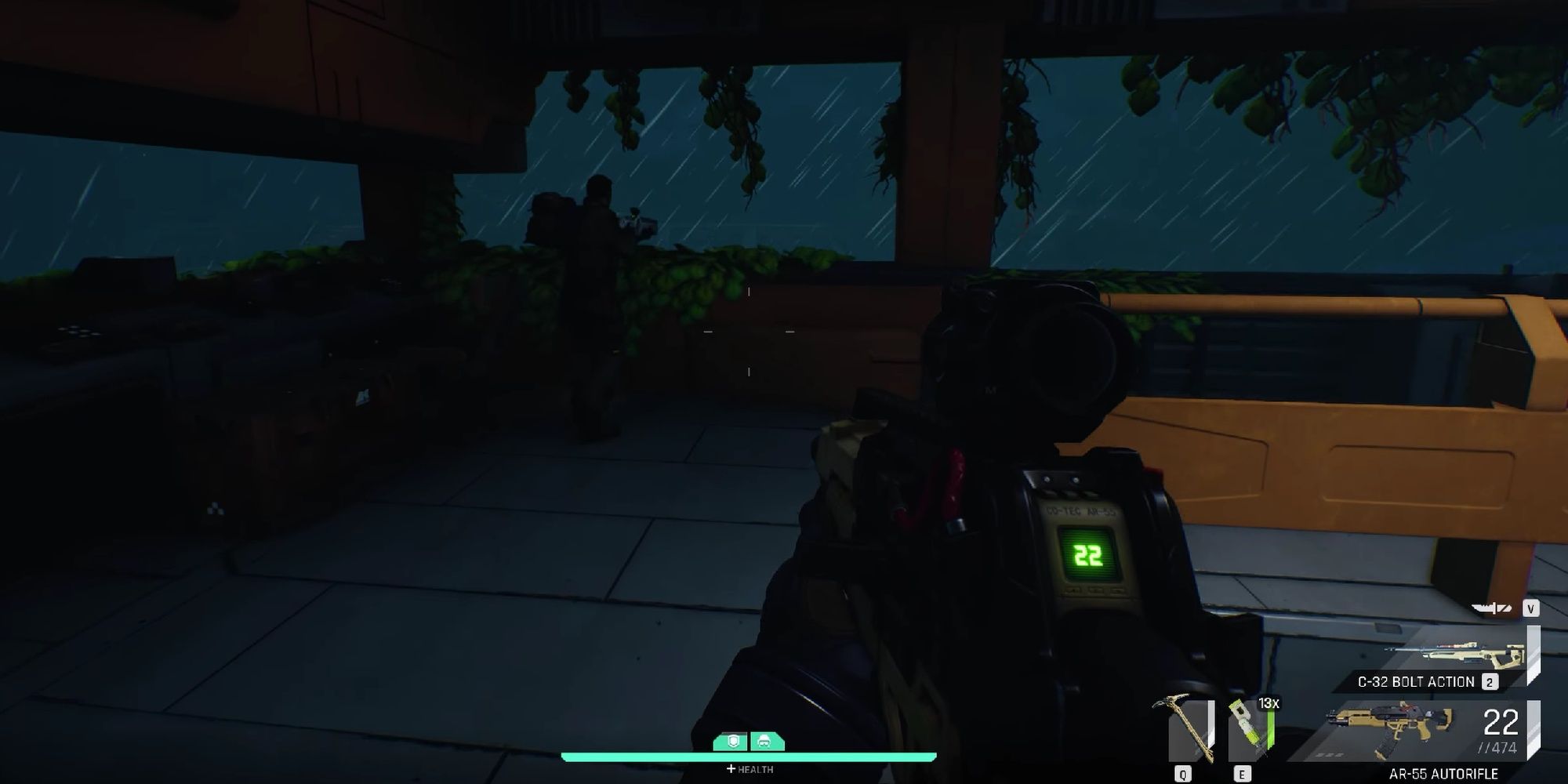 Whilst there is no dedicated class system in The Cycle: Frontier, having each squad member specialize in something that benefits the team as a whole can make the process of getting those backpacks bulging with loot much smoother. Plus, it helps shore up any potential weak points in your group.

For example, have an even spread of weapon variety, or set someone as the mining expert or Packhorse in the group with an empty inventory that can be filled to the brim with scavenged materials. It’s not mandatory to succeed, but organizing everyone into roles can make for a much more effective fighting force. Which can often be crucial if you’re bringing in something big like the Laser Drill, as you'll have to defend it from a range of threats as they dredge up rare ores from beneath the planet's surface.

Set Someone As A Sentry 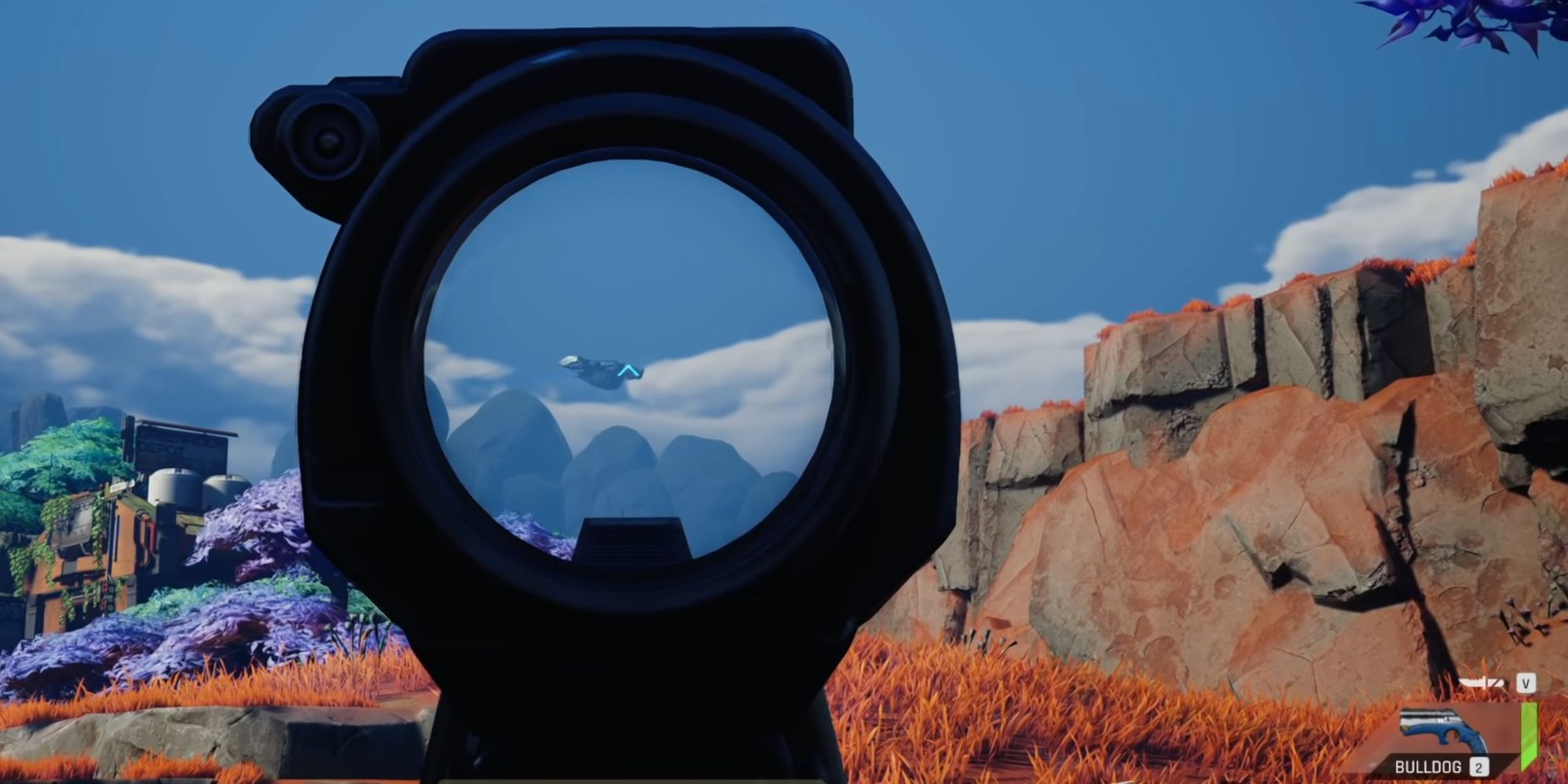 It’s incredibly easy to be ambushed whilst exploring on Fortuna III. Especially if you’re playing on the smaller Crescent Falls map where a gunfight is always around the next corner. So having someone in the team that can watch your back whilst you dig through boxes and drawers can be extremely helpful to the group.

Considering how the servers for maps are left open for hours and how players are continually poured onto this melting pot of violence and ruined architecture, areas that may seem empty for the moment can quickly fill up. Drop points are fairly random, but you can get really unlucky and have multiple Prospectors land extremely close to each other. So have someone on watch, preferably with a scoped rifle or a set of binoculars, after all the last thing you want is an ambush.