The Dark Pictures Anthology: The Devil In Me: Opportunity – Scene Walkthrough

You’re now into the fourth scene of The Dark Pictures Anthology: The Devil in Me. Charlie has just received the phone call from Du’Met at the end of the previous scene while showing his team their show’s pilot, and we listen into the call as we watch the group get ready for their journey to the recreation of H. H. Holmes’ infamous Murder Castle.

Follow along with us in this Season One finale of The Dark Pictures Anthology, as we help you get through the Opportunity scene and onto the bulk of the game.

This walkthrough covers the Theatrical Cut, the version of the game you see your first time playing through.

Since The Dark Pictures games are renowned for their stories that end in a number of ways and secrets that abound, there's a lot to find, and we'll update our guide if needed.

We did play through the game several times, making as many unique choices as possible to bring you complete coverage.

Collectibles And Bearings In This Scene 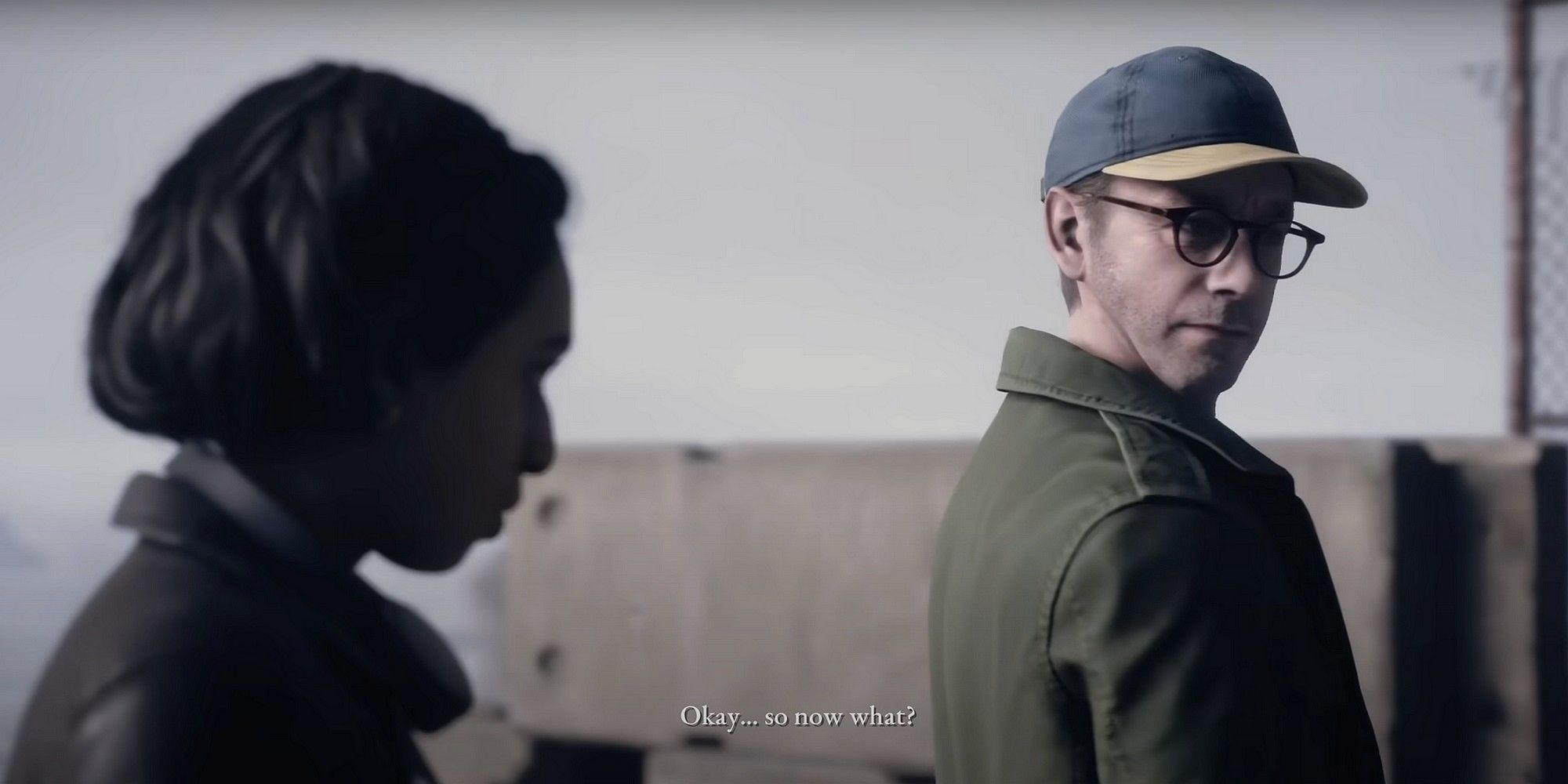 Getting To The Castle 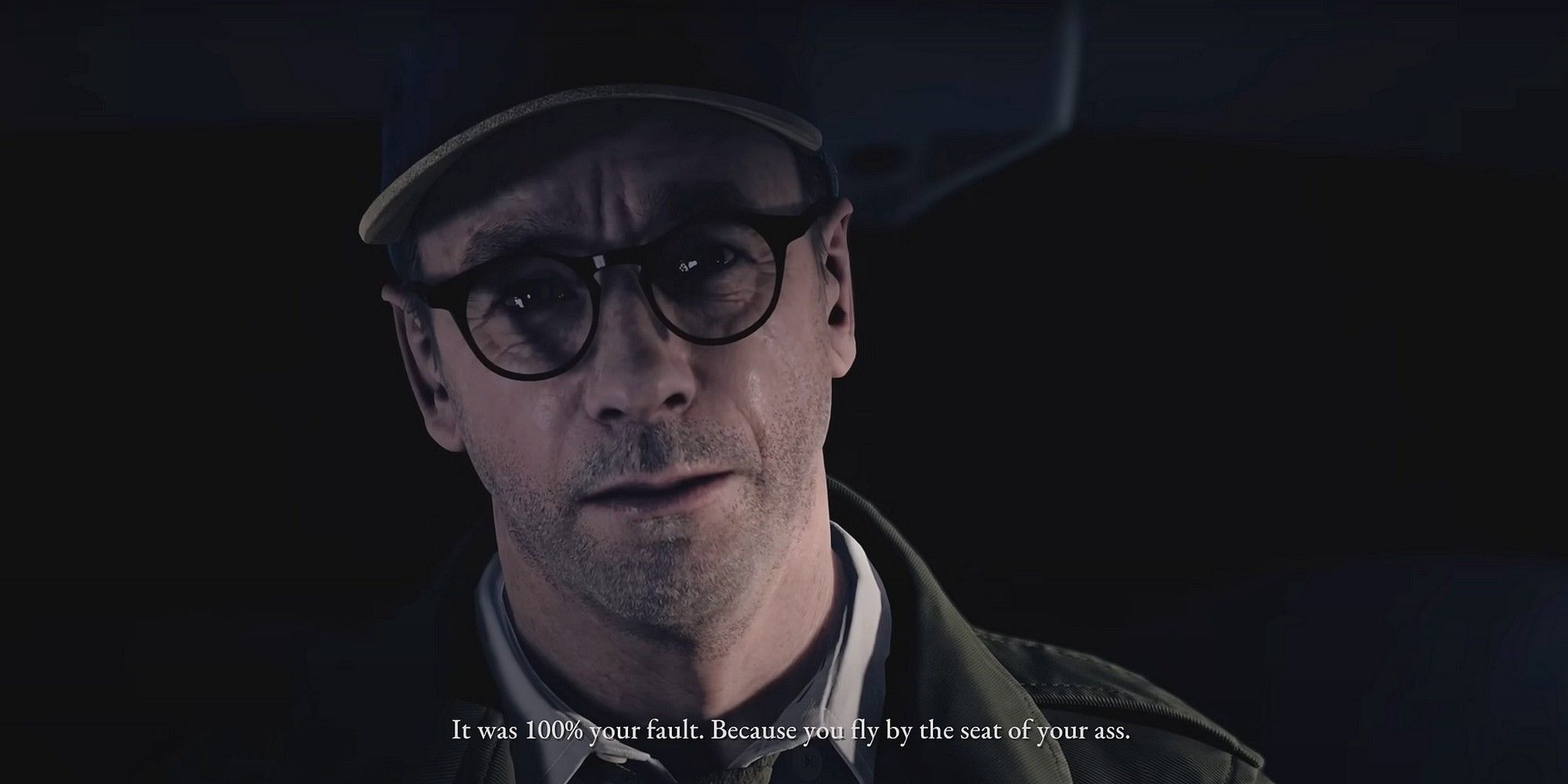 Du'Met's recreation of Holmes' Murder Castle is out on an island in the middle of Lake Michigan, and he tells Charlie over the phone that he'll send a car for the team. As we watch them get ready for the ride, we listen to Charlie's phone call with Du'Met.

From here, you have another cutscene of the crew in the limo after being picked up. They reminisce about an old project before the driver plays a recording of Du'Met asking them to surrender their cell phones. Once they do, the car arrives at their drop-off location, and it leaves once they've gotten all their stuff. 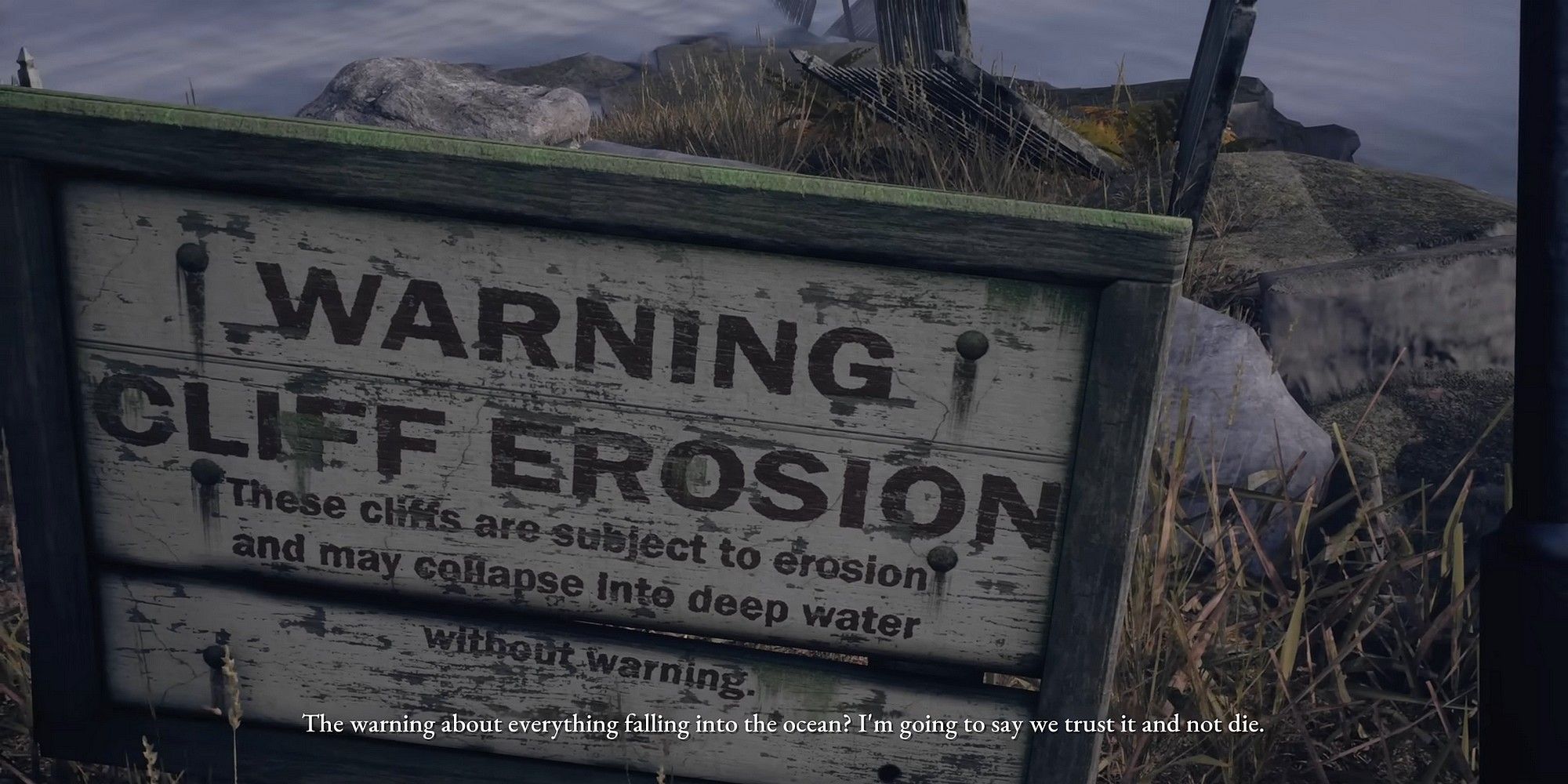 When you arrive, Charlie views the area through a directorial lens and wants to get some footage from the lighthouse nearby. The women of the group don't want to go, so Charlie and Mark set off.

You play this scene as Charlie, and it serves as your crash-course tutorial on the bulk of the new features added to The Devil in Me.

Approach the decaying staircase and line Charlie up with the rock wall nearby, where he crouches to let Mark climb up first. Follow the path forward (there's really only one way to go in the entire scene), becoming familiar with running, jumping, sliding, and crawling on the way.

When you finally reach the top, you realize the lighthouse is locked. There's a partially-open gate to the left of the main gate, so direct Charlie there and squeeze through the fence, then break down the back gate with Mark's help to get into the area. 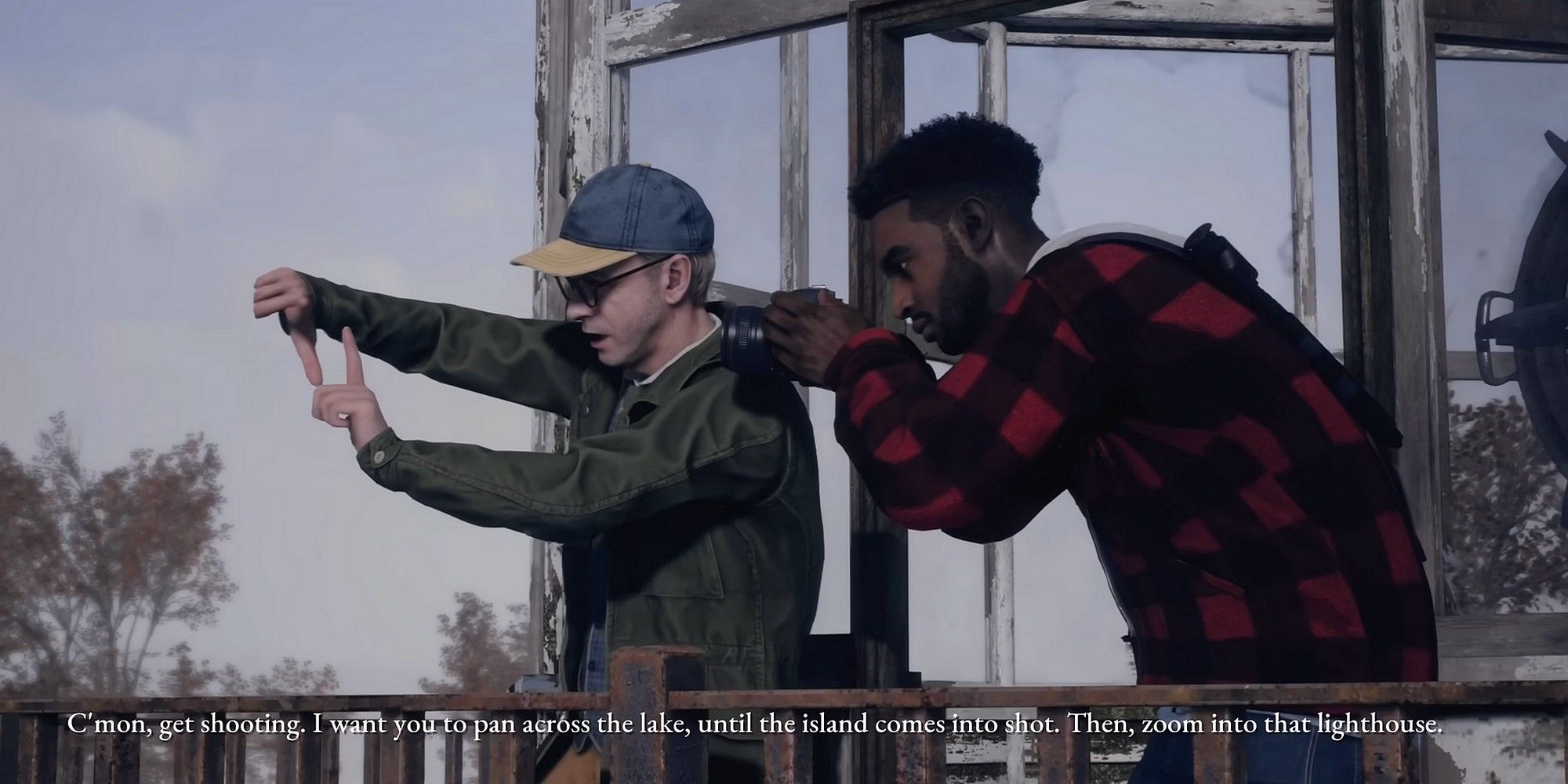 Wrap around back toward the view of the water and push the dumpster here to below the opened window before instructing Charlie to crawl in, where he opens the door for Mark. The men are immediately confronted with the sound of something coming, and they must hide behind the overturned table to avoid detection until the creature making the sound is gone.

Once it is, go into the newly-opened room to find your first of the picture premonitions of the game, which shows a speedboat crashing into rocks. After finding the picture, slide through the opening in the wall in this room, and then go up the stairs to the next floor.

Check out the wall display and find the taxidermy bird on the table in this room before you climb the ladder in the adjacent room.

This brings you out to the lighthouse, where you quickly assume control of Mark for a moment. He pulls out his camera, so follow Charlie's directions to get some shots. Charlie sees the ferry arriving and urges Mark back downstairs, which ends the scene.