The DeanBeat: #StopAsianHate by making us more visible

Bear with me on this column because I’m angry, and I’d like to make a reasoned argument that the game industry can do something about the cause of the moment — #StopAsianHate. Moments like these are opportunities because someone is probably listening.

It has always been easy to pick on Asian Americans and Pacific Islanders because we are such a small part of the population in the U.S. Haters can think of us as “others,” or people who are out of sight, not easily understood, easily stereotyped, and less than fully human. (For more on that last claim, check out the book War Without Mercy: Race and Power in the Pacific War by John Dower.)

When former U.S. President Donald Trump repeatedly talked about the “China Virus” or “kung flu,” he did so in a calculated way. Asian Americans are just 5.6% of the U.S. population. He could afford to offend us because we weren’t big enough to vote him out of office. He treated other minority groups no better. He was confident his base would reward him for being openly racist. No one stopped the bully. Fox News reveled in his clever wordplay. The predictable downstream effect of this is blood running in the streets. 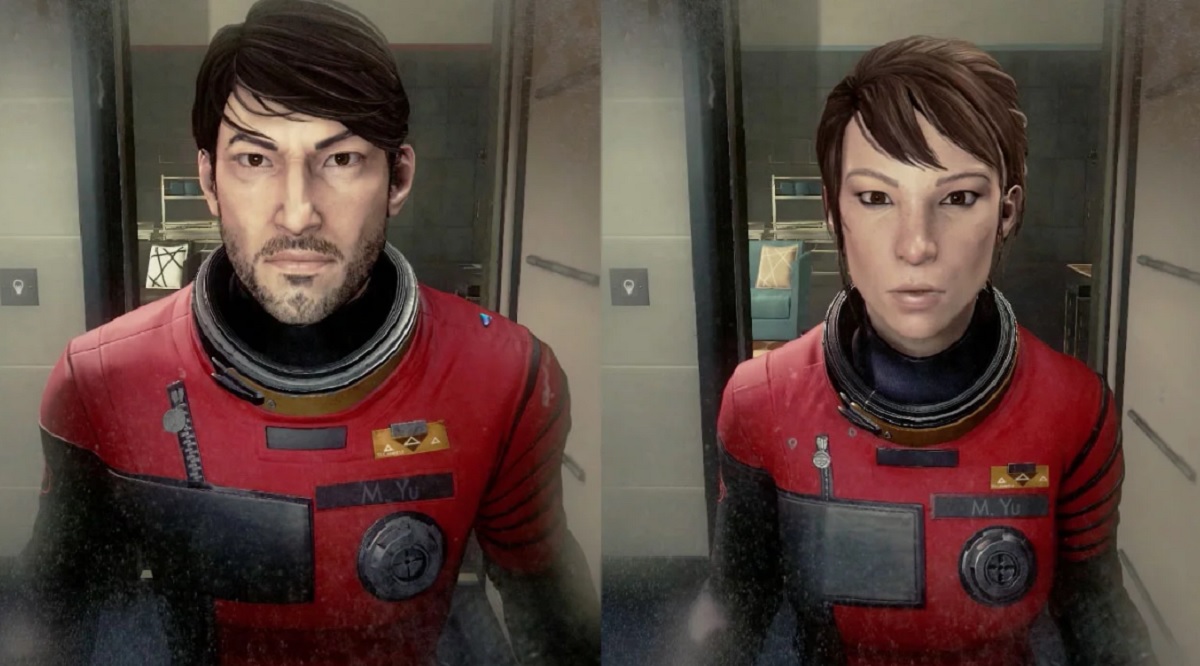 Above: You can play as a male or female version of Morgan Yu in Prey.

The thing that all minority groups share is that we never have enough people to protect us when things get bad. We couldn’t stop the internment of 110,000 Japanese Americans — including my father and many members of my extended family — in incarceration camps in World War II. Last week others protested the “cancel culture” that got six books by the beloved Dr. Seuss pushed out of publication. I tried to remind people on Facebook that Seuss was initially for the internment, and he created some racist images that stirred hate against Japanese Americans. Later on, he apologized. In the children’s book, Horton Hears a Who, he wrote a dedication to a Japanese friend. The book’s refrain is, “A person is a person no matter how small.”

This week, things got bad again. A man in Georgia killed eight people at three spas, where six of the victims were Asian women. While the true motivation behind the killings isn’t known, it was part of a disturbing trend. Activist group Stop AAPI Hate reported this week that it has received 3,795 reports of hate incidents against Asian Americans and Pacific Islanders during the past year.

I recall in the 1990s, when I worked at the Los Angeles Times, we were about 3% of the population — too small to be included in polls that broke out the opinions of populations that included Latinx, Blacks, and whites. I complained about this, and the pollster and editor explained that not enough Asian Americans responded to be statistically significant. I felt that they could find the Asian American responses if only they were willing to spend more money on their polls. But the net result was that we were invisible. 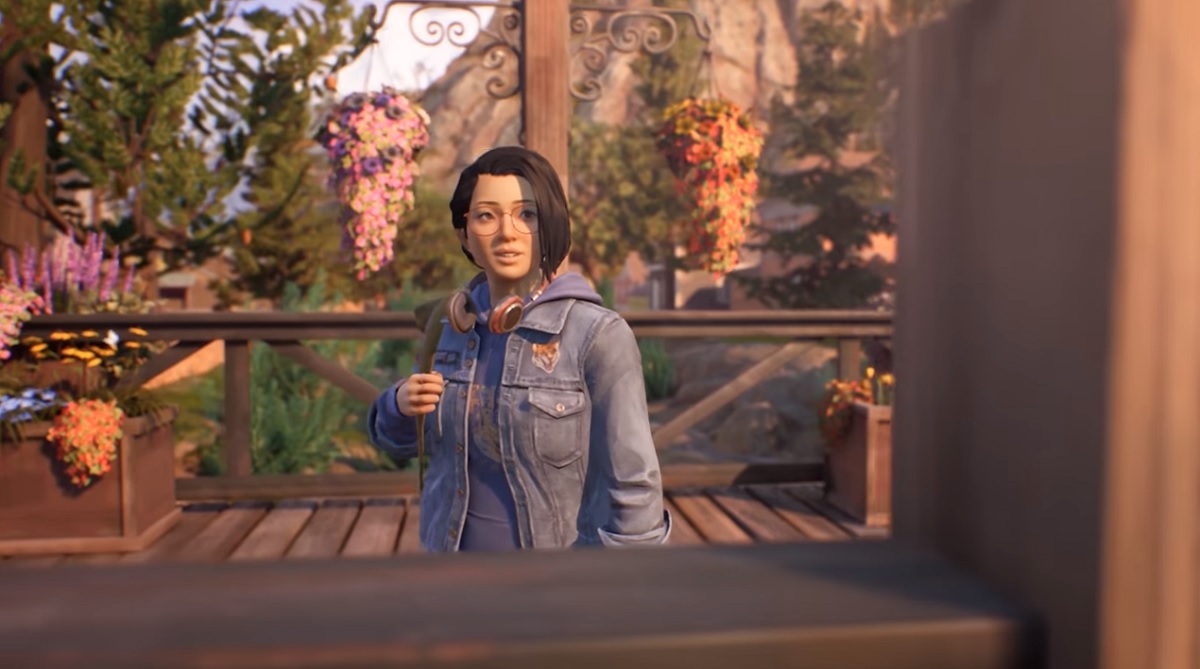 It felt like nobody really wanted to know our opinions because they assumed that we were more like white people than other minority groups. Asian Americans have been cast as “model minorities,” an attitude that surfaced in the 1960s. Proponents of the myth used it to show that America wasn’t racist. If Asian Americans could succeed, then the American system was fair and so Black and LatinX people should be able to succeed too. It was a myth that left behind many Asian Americans who weren’t successful, and it was a way to pit minority groups against each other.

I grew up stereotypically quiet. I would physically shake and have to steady myself before I spoke up in class. It took me years to find my voice, and to realize that I was more at home in an English literature or journalism class than I was in business, engineering, or science classes. Years later, I found some solace in the book Quiet: The Power of Introverts in a World That Can’t Stop Talking.

And so I understood the urge older generations of Asian Americans had to be quiet. To comply. To not talk about it when they were victimized, harassed, bullied, or looked over. The Japanese have a phrase, shikata ga nai, or “it cannot be helped.” And deru kui wa utareru, or “the nail that sticks up gets hammered down.” But newer generations said to hell with that. They fought for our rights, vetoed victimhood, and got us an apology from the U.S. government for the wartime incarceration.

At this time, I’m heartened to see people speaking out. Jeremy Lin, the former NBA basketball player, and actress Olivia Munn have done admirable jobs speaking out against the hate and giving the mainstream faces and voices to listen to. And I was inspired by Ashlyn So, a 13-year-old middle school student who organized a march against hate in San Mateo, California, a few weeks ago. My wife and I attended that march, and it was good to see hundreds of people march together — including non-Asian people — against anti-Asian hate.

I was also delighted to see the game industry speak out on our behalf. Bandai Namco US tweeted, “As a company based in Japan, the recent rise in anti-Asian hate has truly hit home for our employees. We always appreciate support from our fans and we now ask for your support to #StopAsianHate and fight the rise in hate crimes committed against people of Asian descent.”

Xbox chief Phil Spencer tweeted, “Hate has no home on Xbox. Team Xbox is appalled by the violence and racism against Asian communities. For all Asian players and peers, I want you to know that we see you, we hear you, and we will and must do more together to #StopAsianHate.”

But here’s the next step, and it’s similar to the next step people can take to follow up on last year’s commitments in the wake of the Black Lives Matter protests. Make us visible. Give us representation. Show us in your games. I remembered when I played Prey, the triple-A shooter game from Bethesda’s Arkane Studios. It struck me because the main character was an Asian American male. I had never seen that before and so I became lost in thought while I played the game. I was struck again when a few major characters in The Last of Us Part II — including the transgender Lev, the protective Yara, and the macho Jesse — were given memorable roles in a mainstream video game.

And I was overjoyed to see yesterday that Square Enix and Deck Nine Games included an Asian American woman, Alex Chen, as the main character of the upcoming Life is Strange: True Colors game coming on September 10. I don’t want us to be invisible anymore. It’s too dangerous. It allows ignorant people like Trump to define us. Represent us as human and normal so that it becomes a little harder to dehumanize us. And thank you for the diversity that you’re designing into your games.