The Devil In Me: Beginner’s Tips

When you’re going into a game like The Devil in Me, the fourth and final installment of season one of The Dark Pictures Anthology, wanting to go in blind is almost a given. All the stories in Supermassive’s decisions-matter games are the most shocking when you’re not sure what you’re walking into with them.

However, with this game having the longest runtime of any Dark Pictures game yet, it’s only natural to want a leg up where possible to make sure you’re not wasting time that could be spent searching for secrets. Here’s what we wish we had known during our first time playing.

Saying And Doing Nothing Is An Option 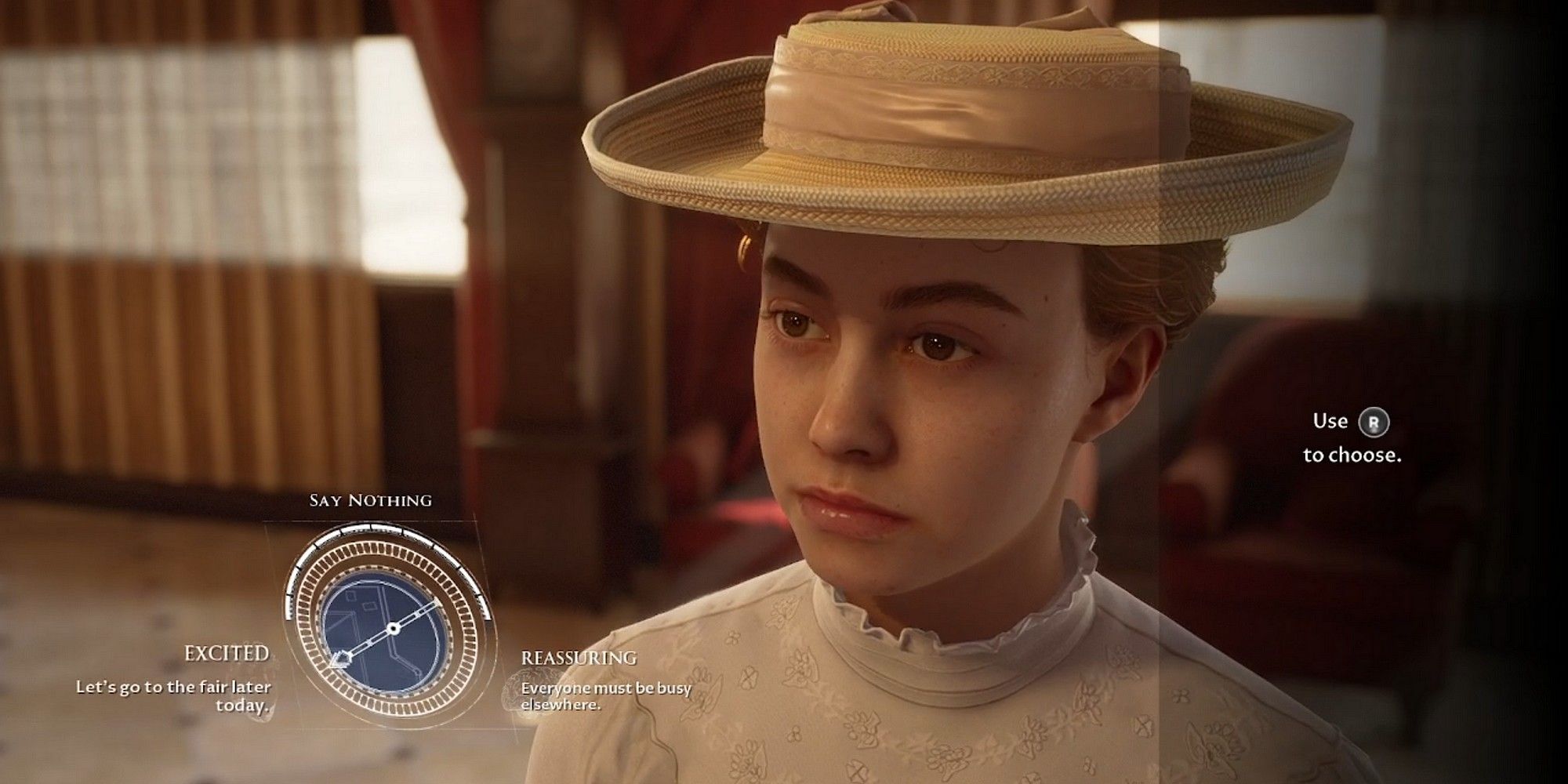 The bulk of the story of The Dark Pictures games is told through the dialogue options and decisions made by your characters. And with the story's progress hugely impacted by these choices, it can be easy to psyche yourself out trying to pick the right thing to say or do.

But sometimes, the right thing can be nothing at all. Most dialogue options allow you to skip your reply, which acts as a valid third option that might lead to a different conversation. Choosing to skip an action as a character can lead to their salvation or demise. It’s truly up to you how you approach the game. 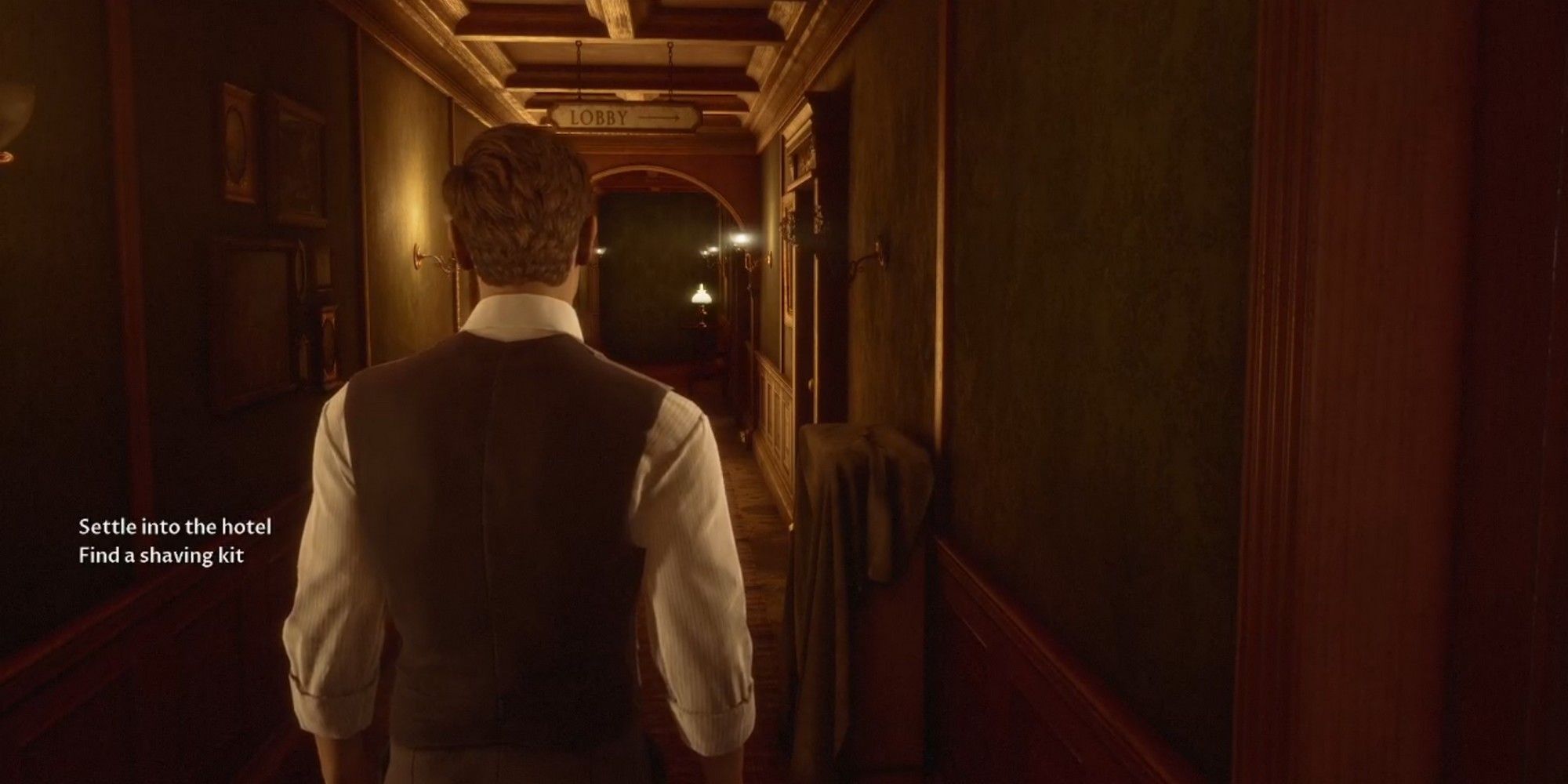 Like with previous installments of The Dark Pictures Anthology, Supermassive doesn’t want you save-scumming with cloud saves to try to go back after what might feel like a wrong decision. Because of this, this game has an autosave feature instead of a manual save option.

However, it’s not always clear when your game is being saved or when a scene is transitioning. Without a clear indication of save status as you're playing, the safest time to quit the game is when you switch between perspectives. The game will typically save between characters, removing the guesswork so that you don't have to simply hope you've saved and come back to find you've lost progress. 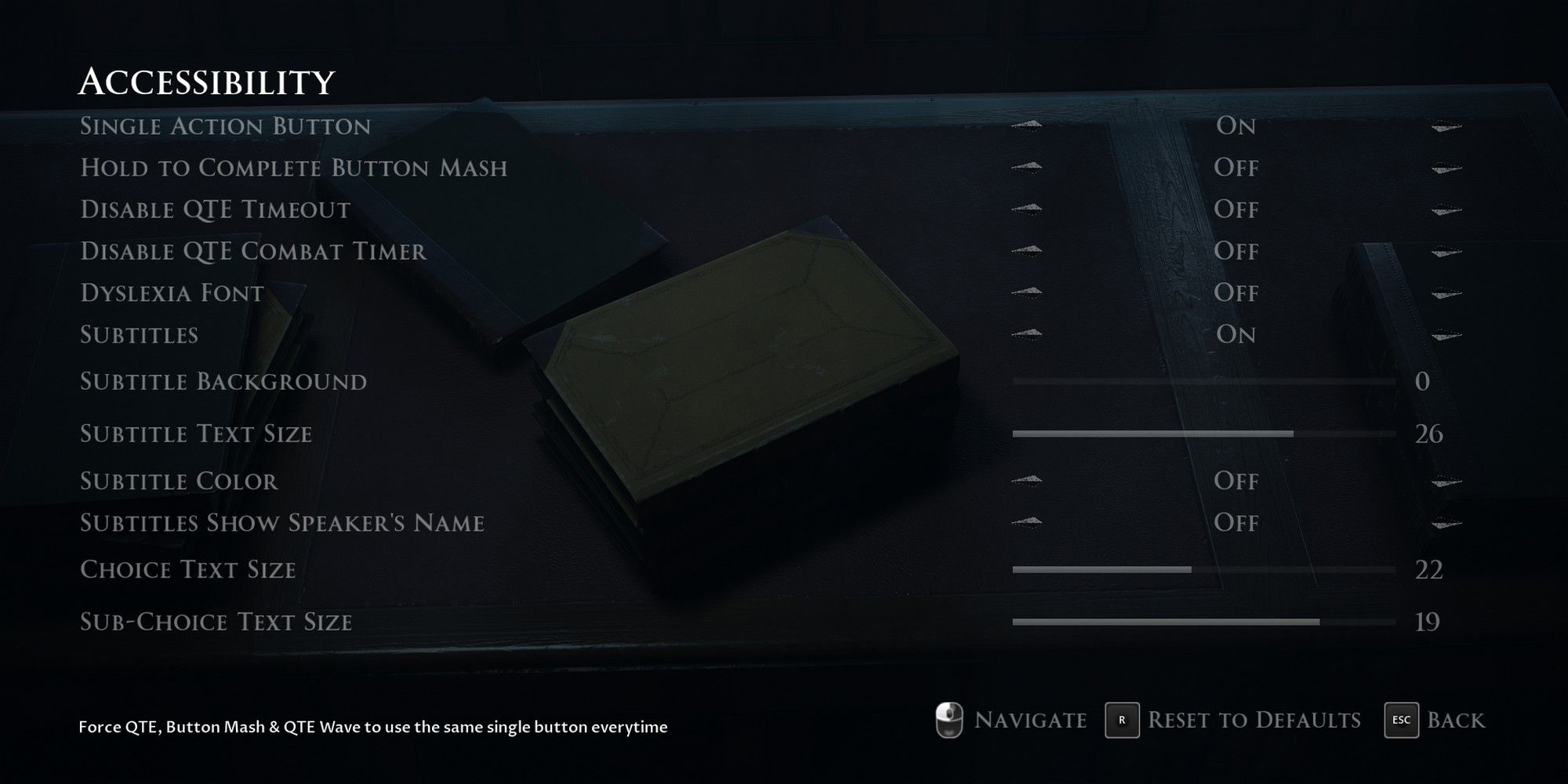 Supermassive has been praised for making games more accessible to their player base, and for a good reason. One of the things that made that possible was the introduction of difficulty settings, which returns in The Devil in Me. If you’re just trying to experience the story, there’s a mode for that, or if you’re on an all-death run, there are options for that as well.

Additionally, the accessibility settings in this game are thorough and truly helpful. Subtitles are available in multiple languages and text sizes, there’s a dyslexia font for them if you need, you can change camera sensitivity, tweak the brightness, disable QTE timeout, and so much more to tweak to make the game the best it can be for your play style.

Be Prepared To Play The Game A Few Times 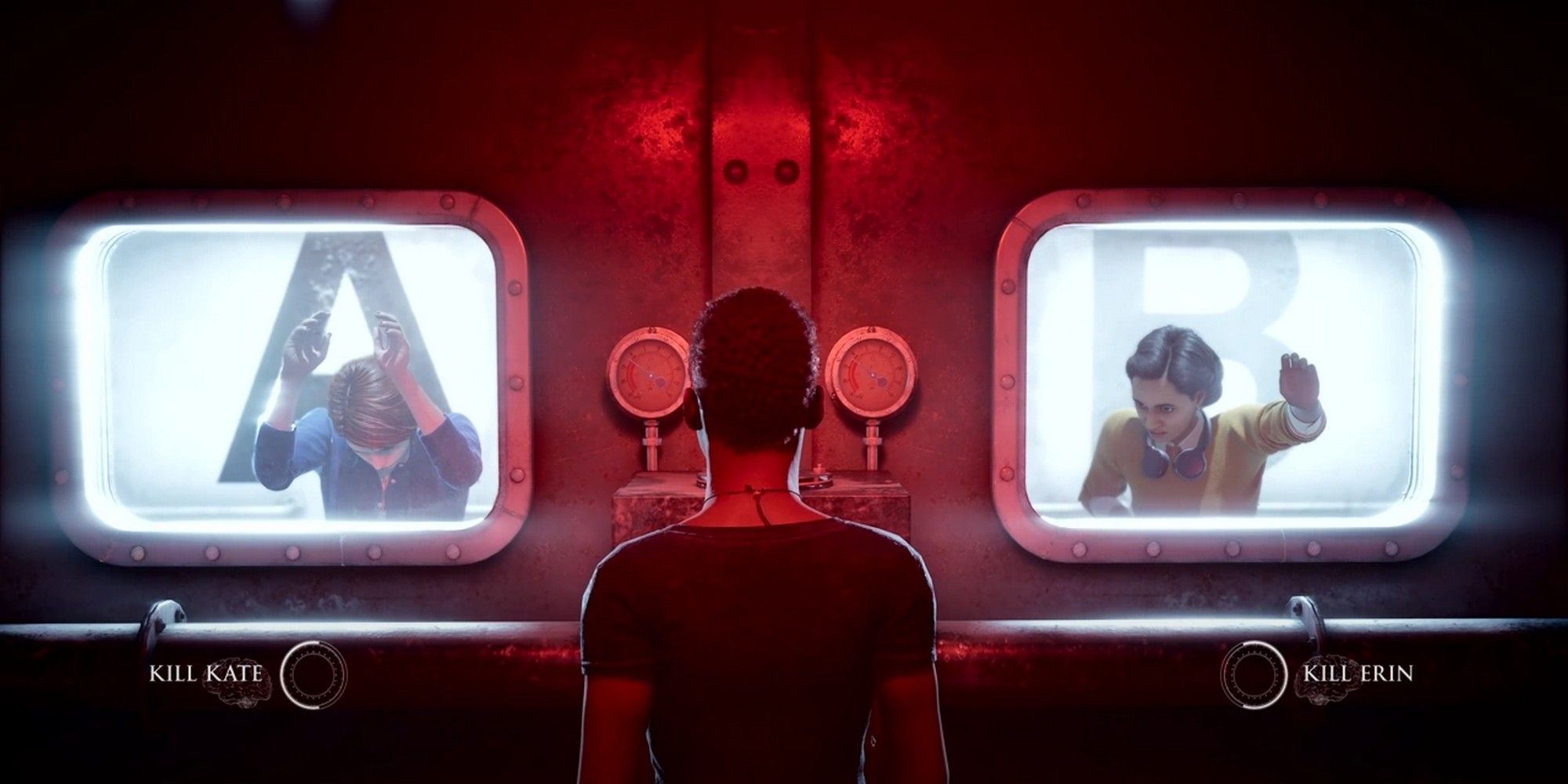 As with the other games in the Anthology, between their story content and dependence on your choices, you will likely not find everything your first time through the game. With so many variables and possible endings, you might get a different result every time.

So be prepared to play it a few times before you’ve experienced the full story. Pictures, secrets, and obols seem to be carried over across playthroughs once you’ve found them, so use them to your advantage to go back in and make a different set of decisions for a different ending.

Look Out For Easter Eggs 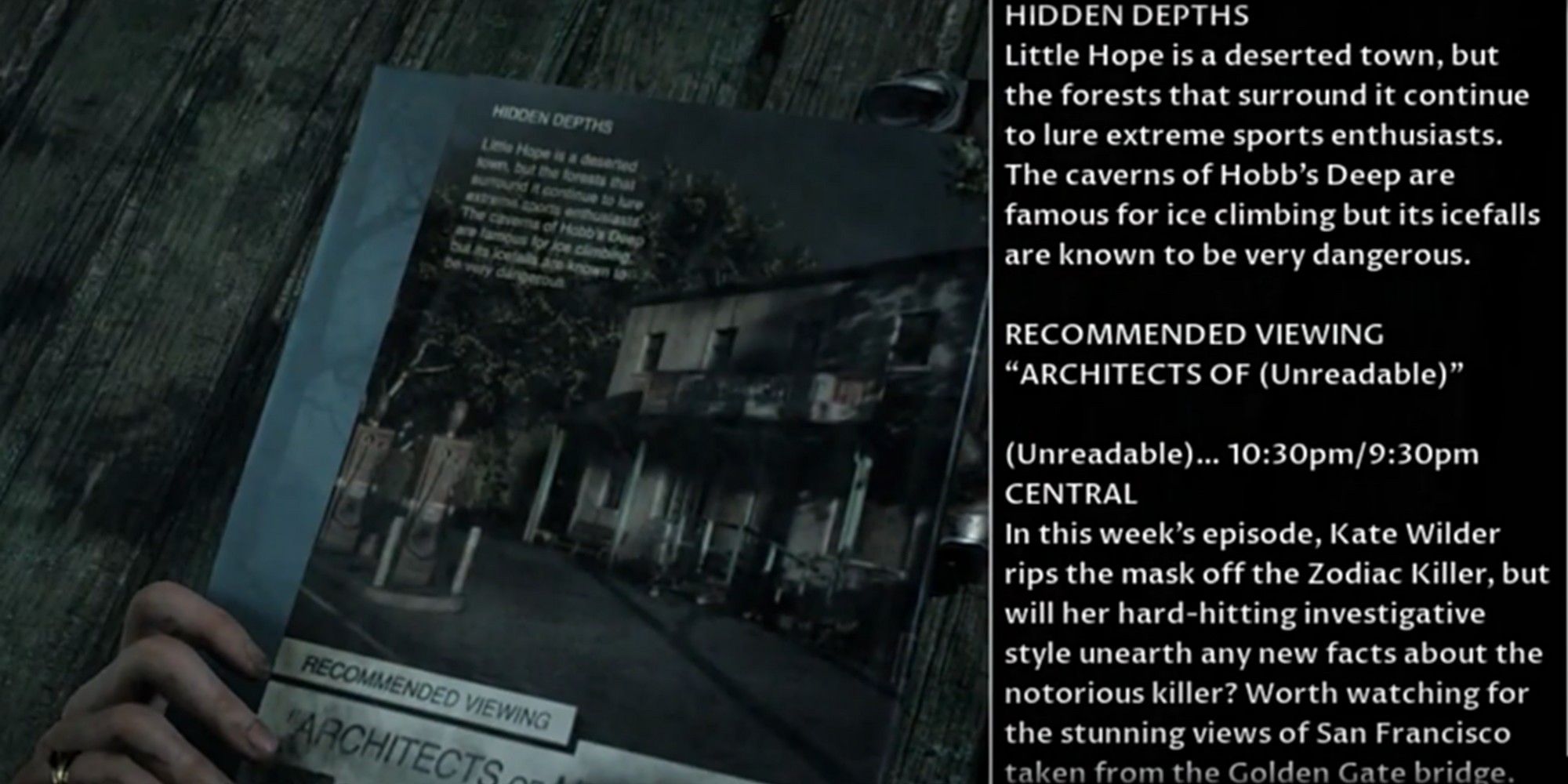 With this game being the fourth in the first part of an anthology, it’s a given that all the games connect in some way. Half the fun of playing a Dark Pictures game is seeing a nod to a different game in the series and feeling the excitement of knowing exactly what that refers to. For example, a magazine in Little Hope mentions Kate by name, and now, she's one of your player characters.

Not only that, but the devs are notorious for hiding hints about future games in the series within the older titles, not including the trailer that’s usually at the end to announce the next. Pay attention to everything – you never know what’s a clue.

Know The Difference Between Pictures And Secrets 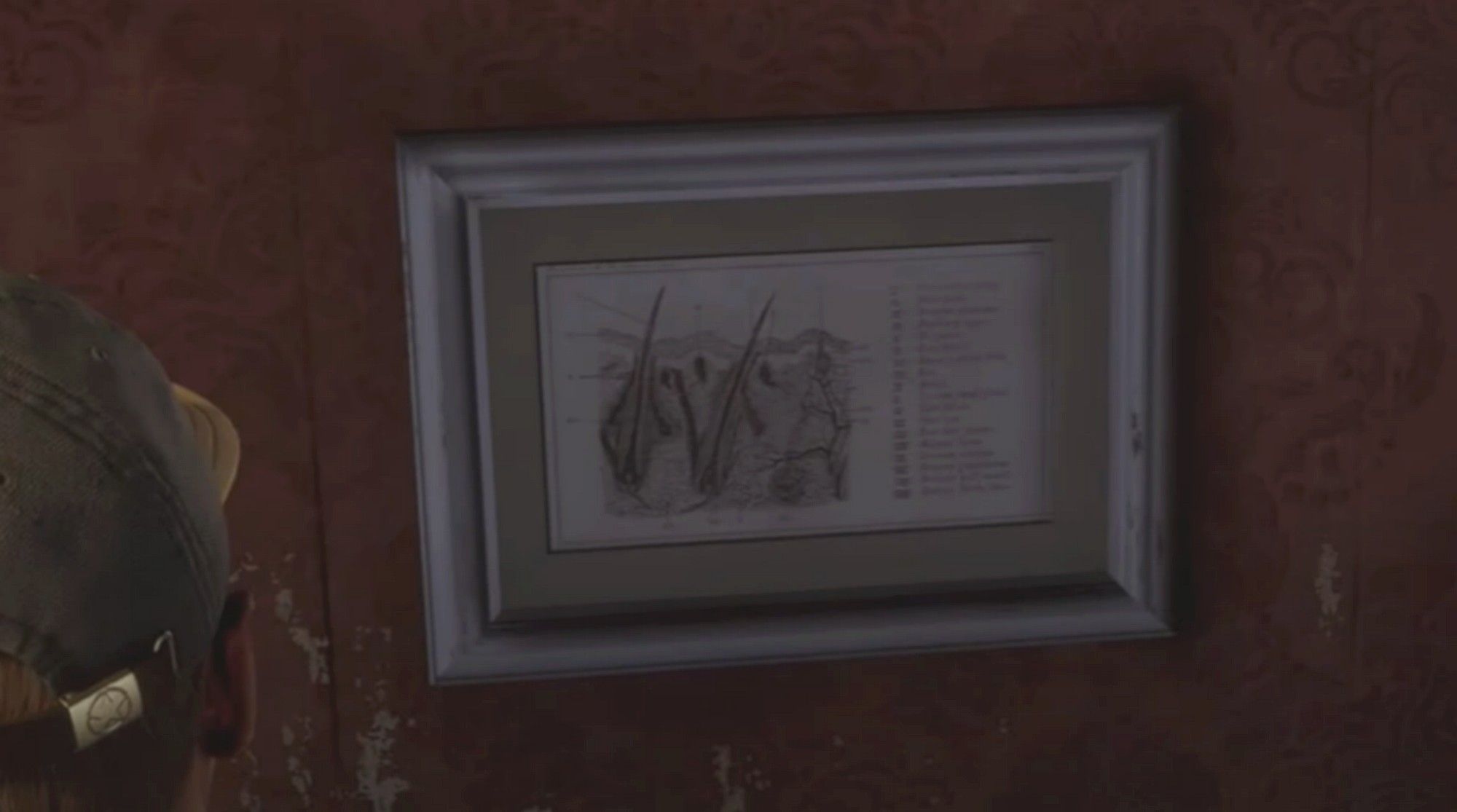 There are two collectibles in this game, as there typically are in The Dark Pictures games. The first for The Devil in Me is pictures, which are framed and hung on the walls of The World’s Fair Hotel. They point to possible outcomes for decisions and are divided between frame colors: white for a dangerous premonition, black for a predicted death, and gold for teasers for the next game in the series. If you can recognize the scene in the picture you find and figure out what that character may do, it might allow you to prevent that fate.

Also, there are secrets, which are the pieces of evidence for the narrative you find around the hotel. You won't get the entire story just from the game's story; you can find 50 secrets to figure out what happened at the Murder Castle. They’re often hidden in the rooms you explore, ready to be found and considered as you piece together what happened.

Replaying A Scene Can Overwrite What You Did After 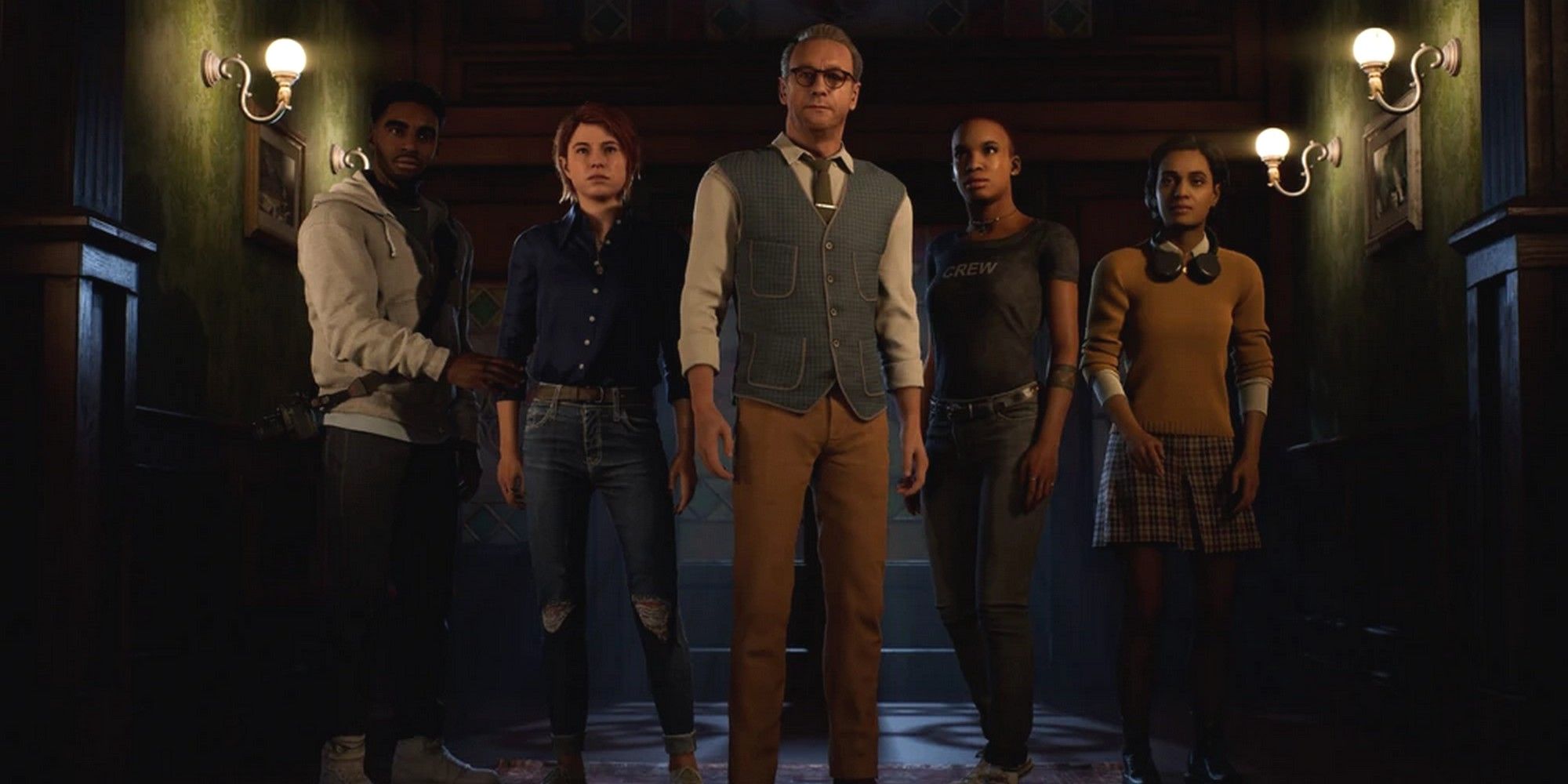 With so much to see, do, and experience in The Devil in Me, it’s pretty helpful to go back in a playthrough to a scene you’ve already completed. Once you’ve finished a scene entirely, you can go back to it later to give it a second shot, maybe with different decisions depending on what you’re trying to undo.

But before you decide to go back, be warned that choosing to replay an earlier scene of the Theatrical Cut while you're playing can lock you out of what you’ve done after. There's a reason for it: if you make a different decision earlier in the game, those later scenes will likely have been impacted. You can choose to begin a new save file from the scene you've selected, or overwrite what you've done after, so be sure to choose carefully when doubling back. 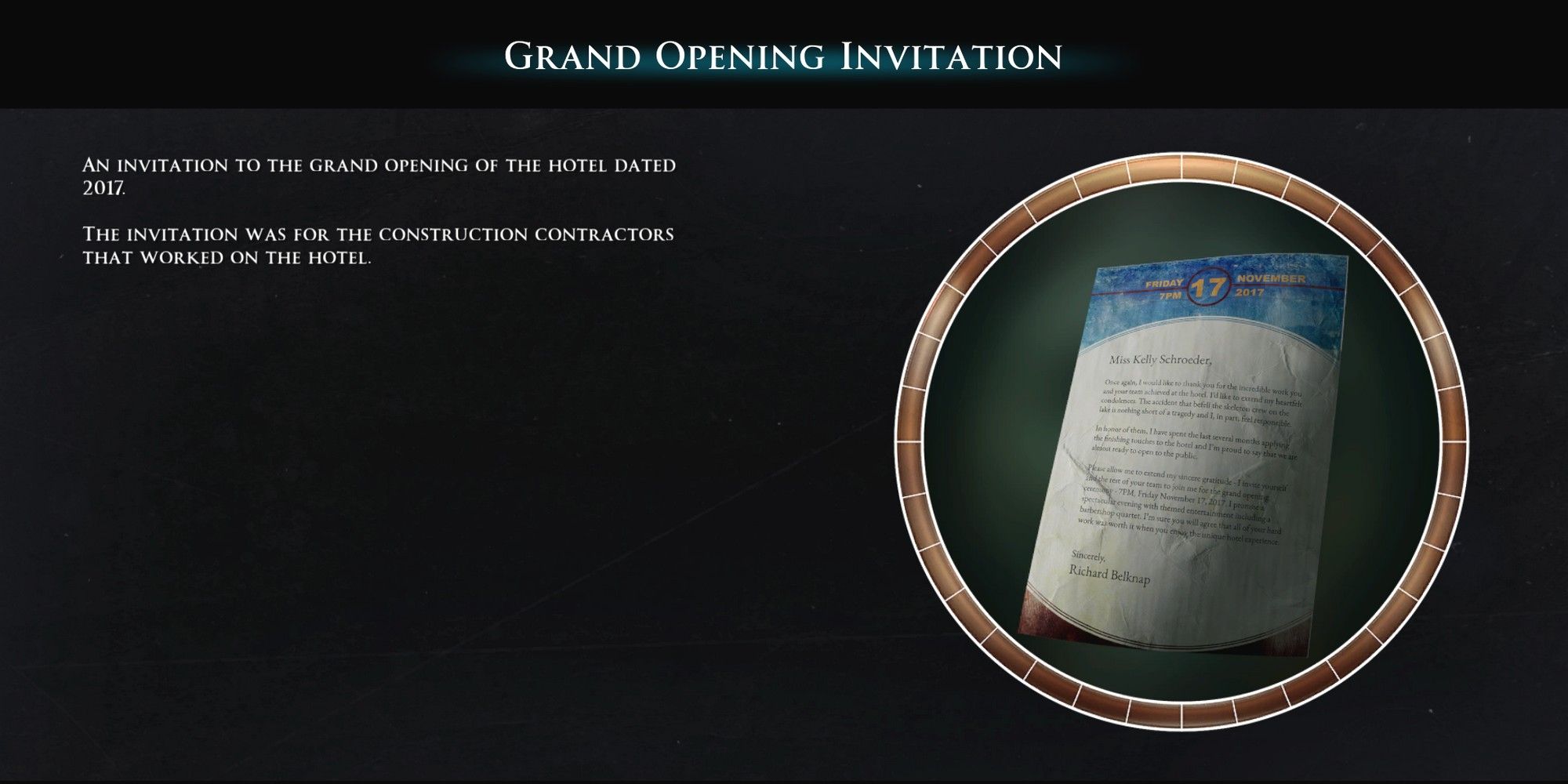 A constant across The Dark Pictures Anthology is seeking out information hidden within the game that completes the story. The version of events you’re being told in the narration will often be incomplete, and much of the supplementary information that allows you to connect the dots is scattered throughout scenes of the game.

Take some time to explore your surroundings for a more complete version of the story. Not only can you find warnings of possible deaths for your players, but the collectibles around the hotel fill in the small gaps in the story to give you a horrifying kind of world-building. 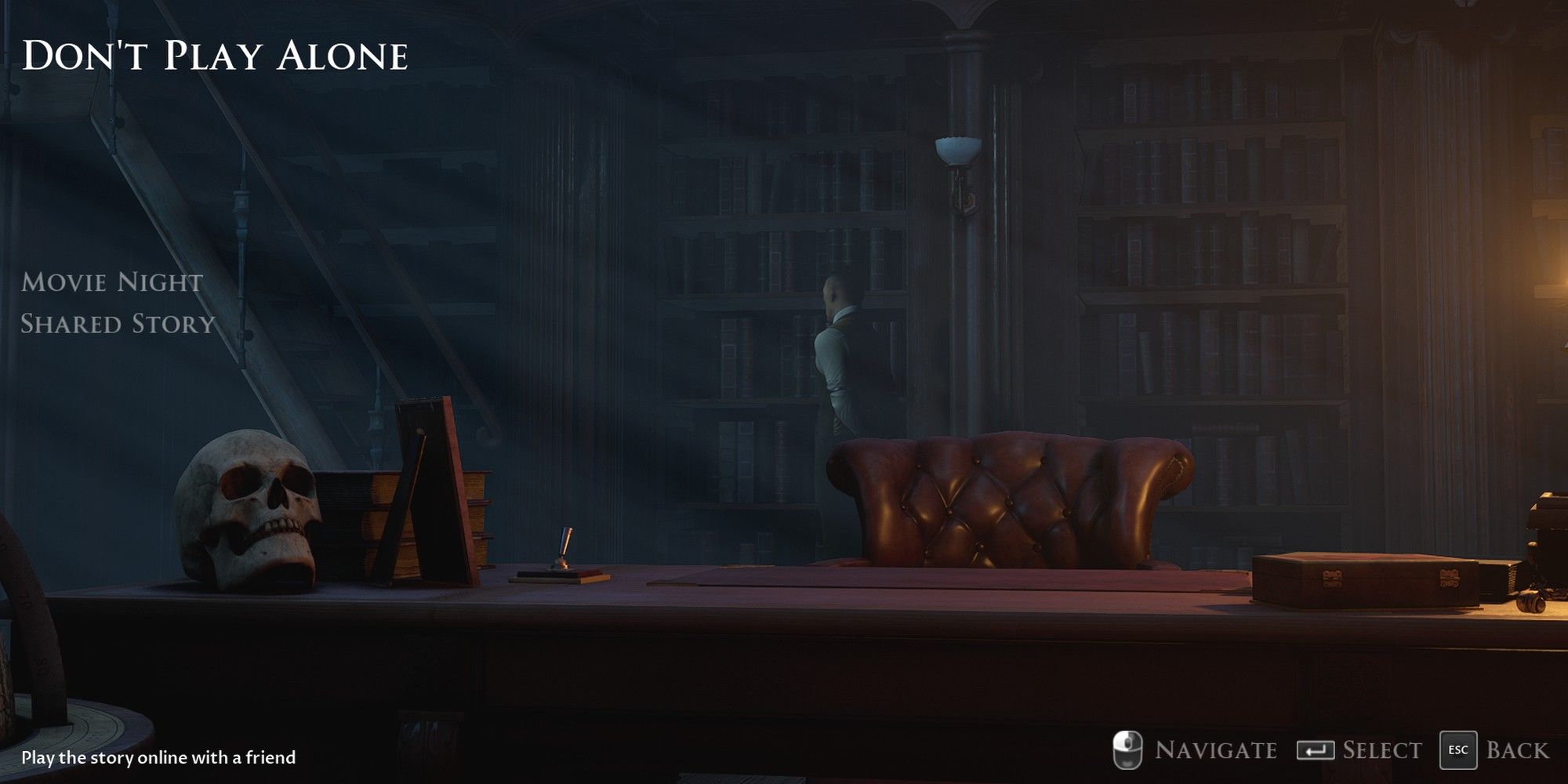 Horror is often easier digested when experienced with company, and Supermassive knows this. That’s why they’ve included a Don’t Play Alone option that allows you and several friends to play together, each taking control of one of the characters if you’ve got enough people playing at once. In a game where the fates of the characters are impacted heavily by the decisions of others, there’s something to be said about surrendering control to your buddies.

Or, if you’re more of a solo player, that’s still an option with Play Alone mode. This gives you control of all the characters on one controller or keyboard and free rein to do with them as you please.

Go In As Blind As You Can 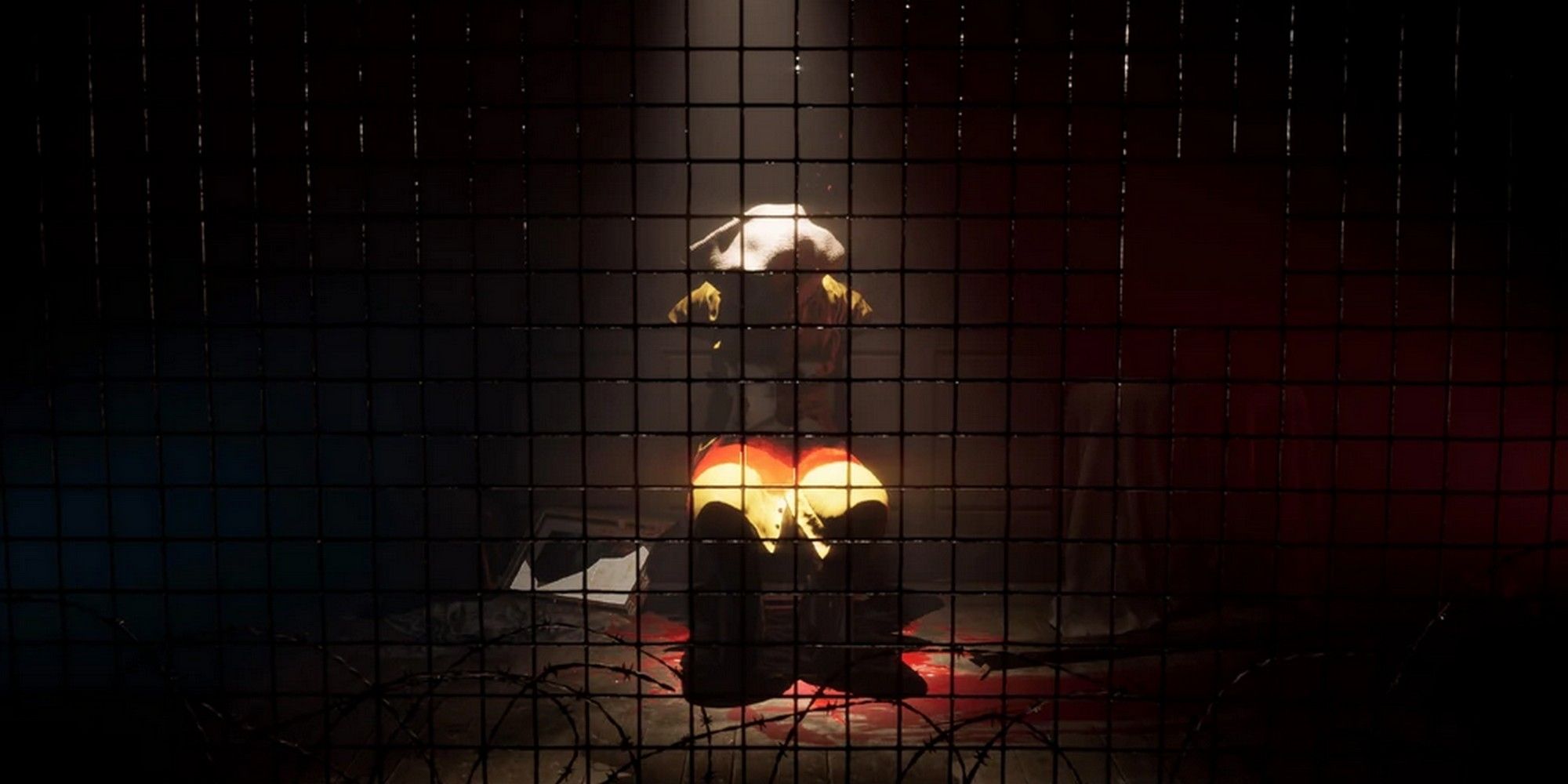 While knowing the big story beats and plot twists ahead of experiencing a horror story can make it a bit less scary, The Devil in Me is best experienced when you know nothing about it. This studio is famous for its big twists and branching story paths, and anything you find out early could naturally sway the decisions you’d make.

But the surprise is where the spook factor lies. The secrets you find, the deaths you witness, and the psychological trickery being employed are far more impactful if you have no idea what’s coming.