The History of Fallout’s Most Controversial Feature: Childkiller

I wouldn’t go as far to call it cowardice, but Bethesda has always played it safe with the Fallout series. Fallout 3, the studio’s first Fallout release, is one example, with the studio eschewing the isometric perspective that the first two Fallout games were distinct for in favour of a more popular first-person shooter format.

In subsequent releases, Bethesda only leaned harder into the zeitgeist of gaming at that time, particularly with a penchant for game mechanics, violence, and busyness: more adrenaline-pumped shooting, exaggerated wounds, realistic faces and gestures, settlement building, crafting and looting, ultra-condensed dialogue, skill trees, side quests, and in Fallout 76, rampaging in multiplayer mode and setting off nukes for fun. And then there are the kids in Bethesda’s Fallout games: across all the Bethesda Fallout’s games, they’re virtually invincible.

Kid-killing, of course, can be controversial, and its inclusion in any games wouldn’t automatically make them more thoughtful or astute—just edgy, like a teen who first discovered that yelling cuss words and slurs would make people around them deeply uncomfortable. But the original Fallout games are also notable for allowing players to kill children, attributing this feature to the relentlessness and harshness of its world. This is a universe where slavery is commonplace, and where you can easily hand a loaded gun to kids playing at combat so that they will accidentally shoot one another during their games.

When the player kills enough children in Fallout and Fallout 2, they will gain a reputation as a ‘childkiller’, which would imbue several effects on the player: random bounty hunters will appear on the world map to take the player down, and they will also suffer a penalty of -30 points in the initial reaction—a feature that reflects the first disposition or attitude—of non-playable characters towards the player. Accompanying this feature is an icon that would represent the ‘childkiller’ reputation: an illustration of the vault boy gleefully kicking the very pregnant tummy of a lady. This image, however, was also eventually cut, and replaced with a dastardly-looking figure running away from objects like rocks and daggers being thrown at him. It’s no surprise that this feature became a significant obstacle for Fallout—and later, Fallout 2—in their initial release. Fallout could not be launched in Europe due to the child-killing content, which led to Black Isle Studios, the then-developer of Fallout, having to scrub clean the presence of children from the game. When Fallout 2 was also released in Europe, the game also had no children. In 2012, the creator of Fallout, Tim Cain, addressed the controversy:

“We said look, we're going to have kids in the game; you shoot them, it's a huge penalty to karma, you're really disliked, there are places that won't sell to you, people will shoot you on sight, and we thought people can decide what they want to do. […] This of course contributed to our M-rating, however, Europe said ‘no’. They wouldn't even sell the game if there were children in the game. We didn't have time to rewrite all the quests, we just deleted kids off the disc.” 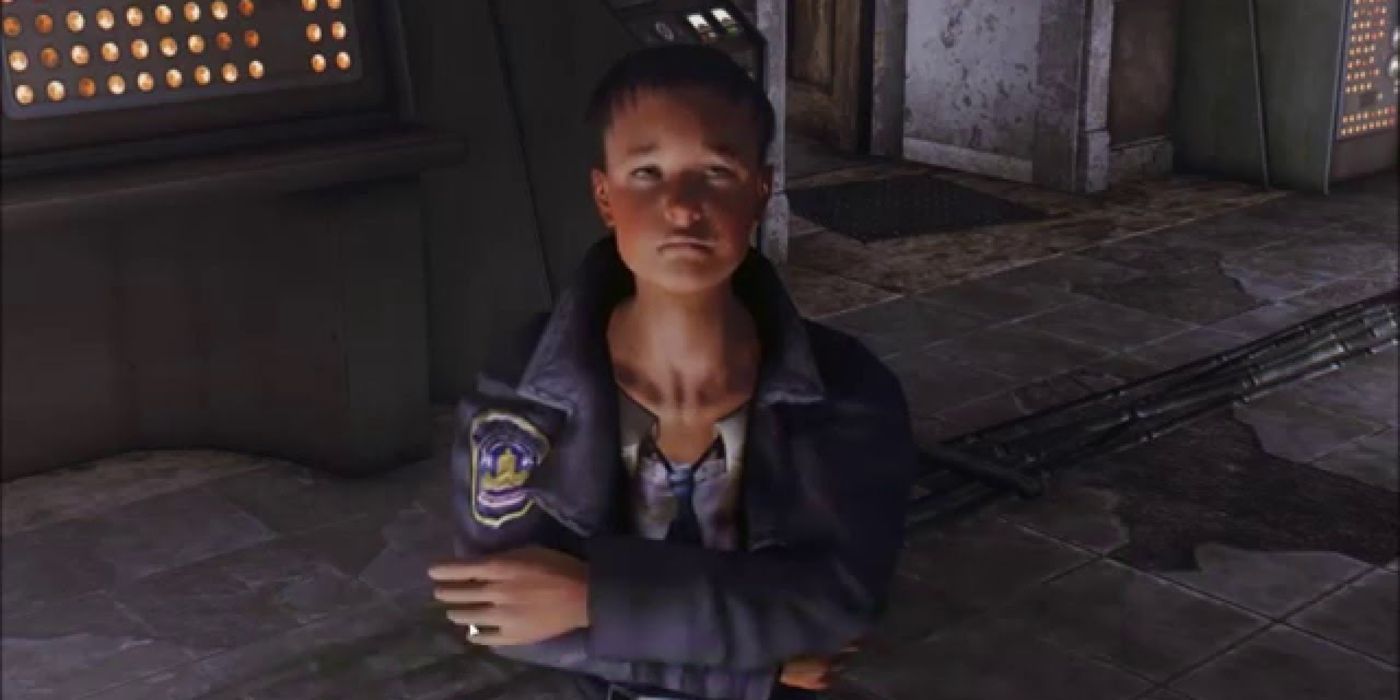 Perhaps hoping to avoid the same controversy that plagued the original games, Bethesda has opted for children in their Fallout games to be invincible. “We began to think, really what benefit would there be in killing the kids?” said Fallout 3 lead designer for Edge Magazine back in 2008. “It just seems gratuitous, unnecessary, and cruel.” Given that you can enslave an innocent child and send them to a slaver in the same game, this sentiment felt a tad out of place.

Some Fallout players are not happy with this decision. Eventually a mod that would remove the invincibility spell for kids would be created, much to the relief of many players. This Fallout 4 mod, for instance, has been downloaded 535,815 times by folks who are looking to indulge in their kid-killing fantasies, or relive a Fallout universe where children can be lost to the realities of a post-apocalyptic world, like that of the original Fallout games. Of course, just bringing back the capacity to kill kids still wouldn’t be enough to bring back the caustic, bleak atmosphere of the classic Fallout titles—but such mods would, at the very least, offer players some semblance of a choice when role-playing. There’s a distinct difference in the inability to murder children due to an arbituary feature that wouldn’t allow them to do so, versus a choice not to kill them when they could. They could, I guess, also engage in an all-out war against the child inhabitants of the Little Lamplight settlement, and see how they fare against an army of child soldiers.