The Menu Changes In Kingdom Hearts: Melody of Memory With Each Trio Of Characters

Kingdom Hearts: Melody of Memory is embracing each main trio of heroes in the series for its unorthodox menus.

The rhythm-action game features menus that have the characters talking to each other and animated as you decide the mode you want to play, and it alternates between different characters. The only one we’ve noticed up to this point was Sora, Donald, and Goofy messing around in Traverse Town, but now we’ve been shown three more screens. 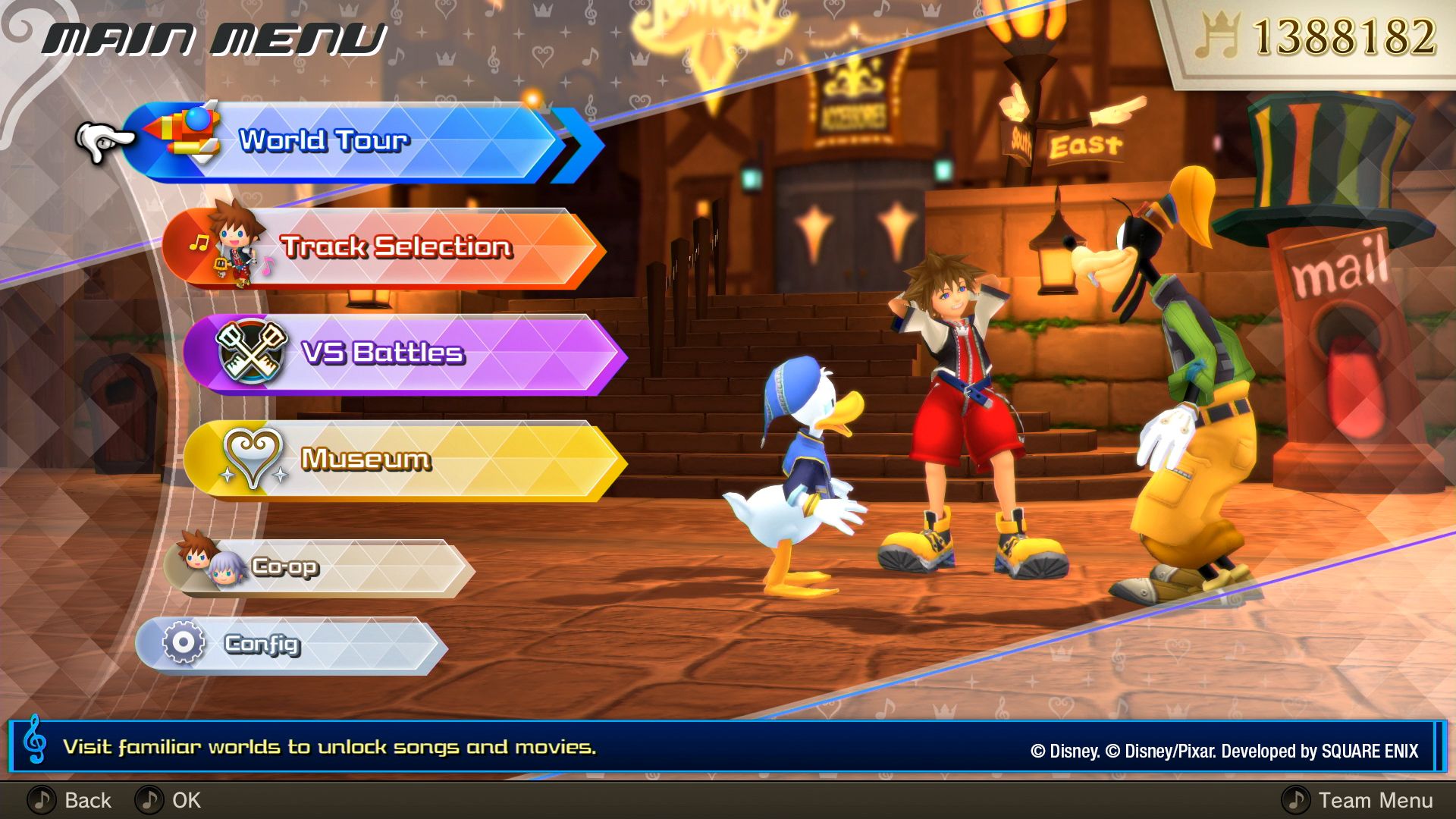 The first is Roxas, Axel, and Xion chilling out on the clock tower in Twilight Town. Frocked in their Organization XIII gowns, this beautiful setting takes place during the events of 358/2 Days. After missions, the three hung out, talked about their days, and shared their love of sea salt ice cream (seriously Disney, can you make these already?). 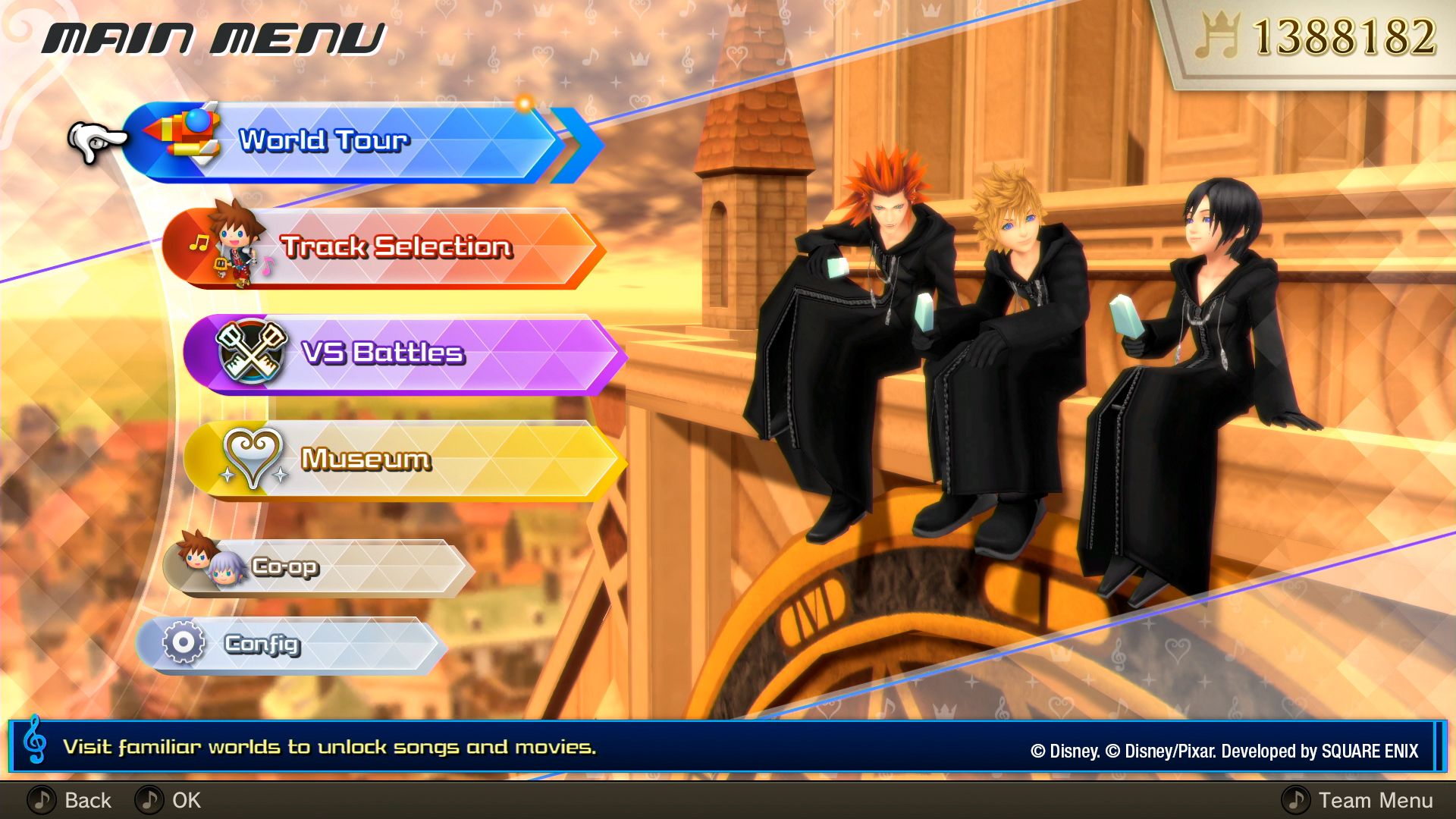 The next menu is with the Wayfinder Trio (Aqua, Ventus, and Terra) at the Land of Departure. Despite 10 years passing in the series, they don’t look a day older in Kingdom Hearts 3, but this scene likely takes place before the conflict of Birth By Sleep. 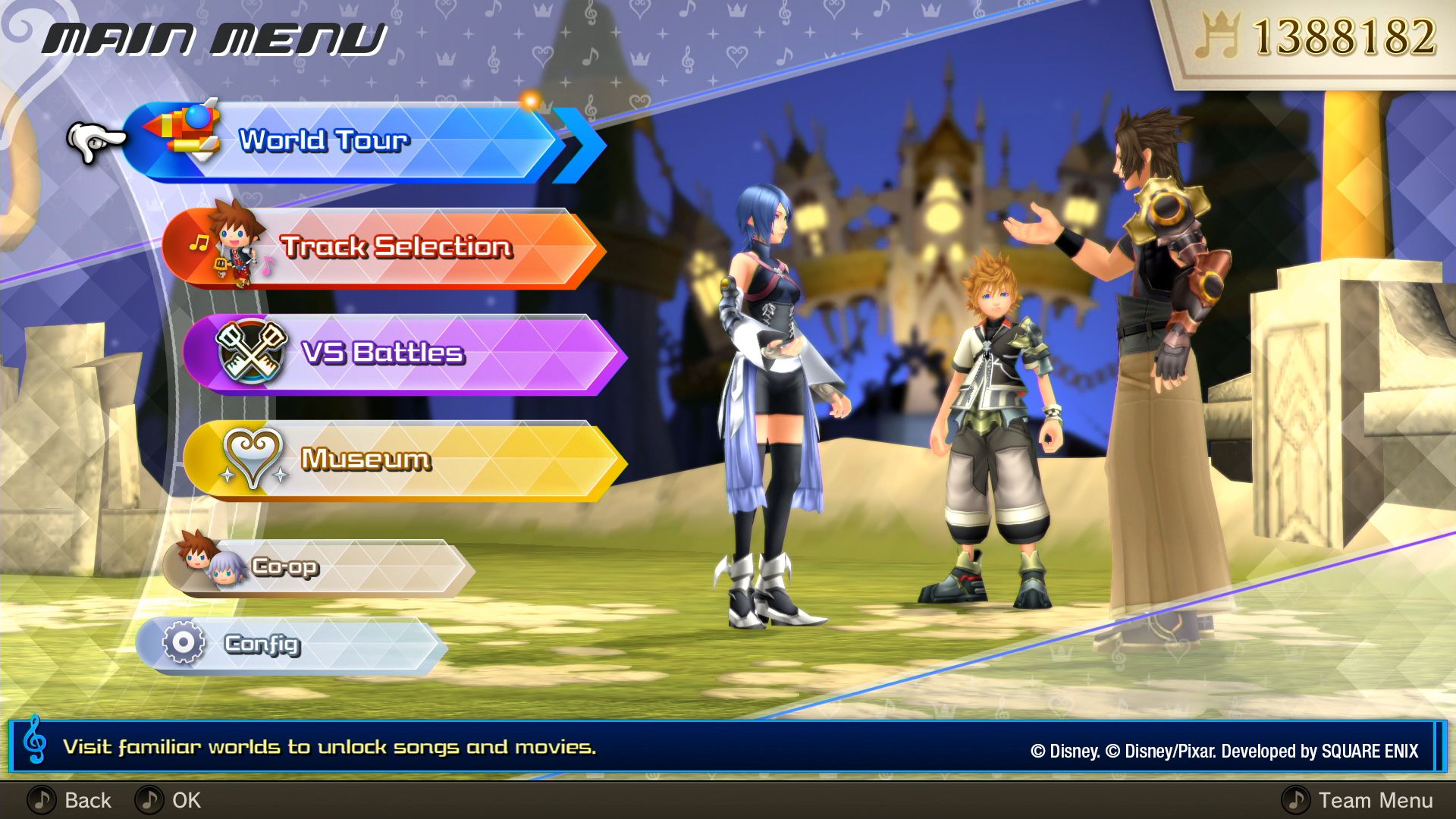 The last main menu screen we’ve been shown is Riku hanging out with his dream eater buddies in Dream Drop Distance’s Traverse Town. In the events of the game, he is split up from Sora in the dream worlds for the Mark of Mastery exam. 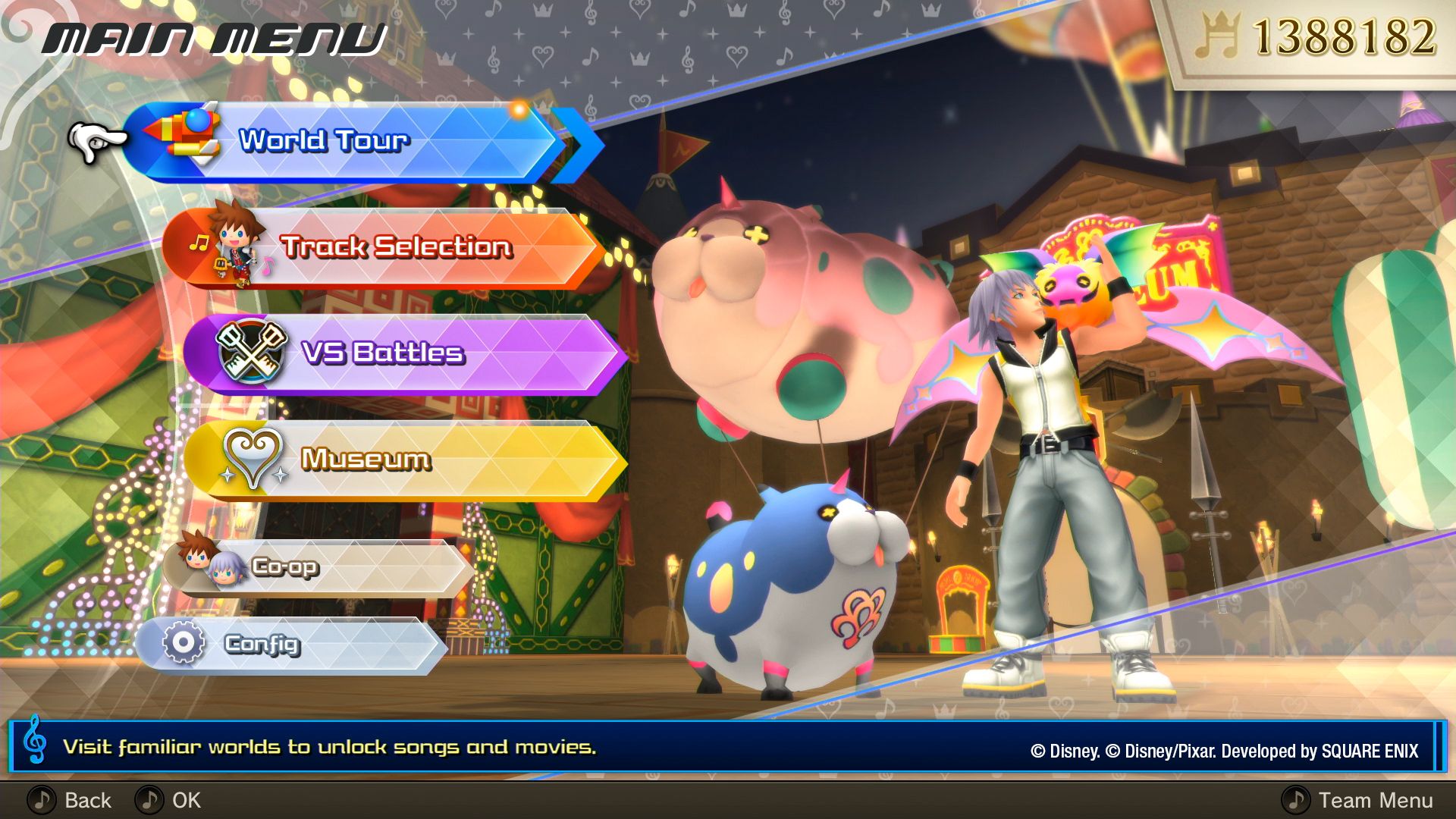 With each main menu representing a different game in the series, we’re expecting that more will pop up as you play through Melody of Memory. What would you like to see?

This will be the first time Nintendo Switch fans can play a Kingdom Hearts title on the system, but according to Nomura this will be the last to launch on the popular platform. It’s a shame because the HD collections would be a perfect fit for the system. We’d love to play the mainline entries on a portable device.

Kingdom Hearts: Melody of Memory releases on November 13 for the Switch, PS4, and Xbox One. If you’re intrigued by the premise of a rhythm-action take on the Kingdom Hearts formula, you can check out a free demo right now.

Next: Final Fantasy 4 Gets Big Update On Steam, iOS, And Android – Discounted By 50% 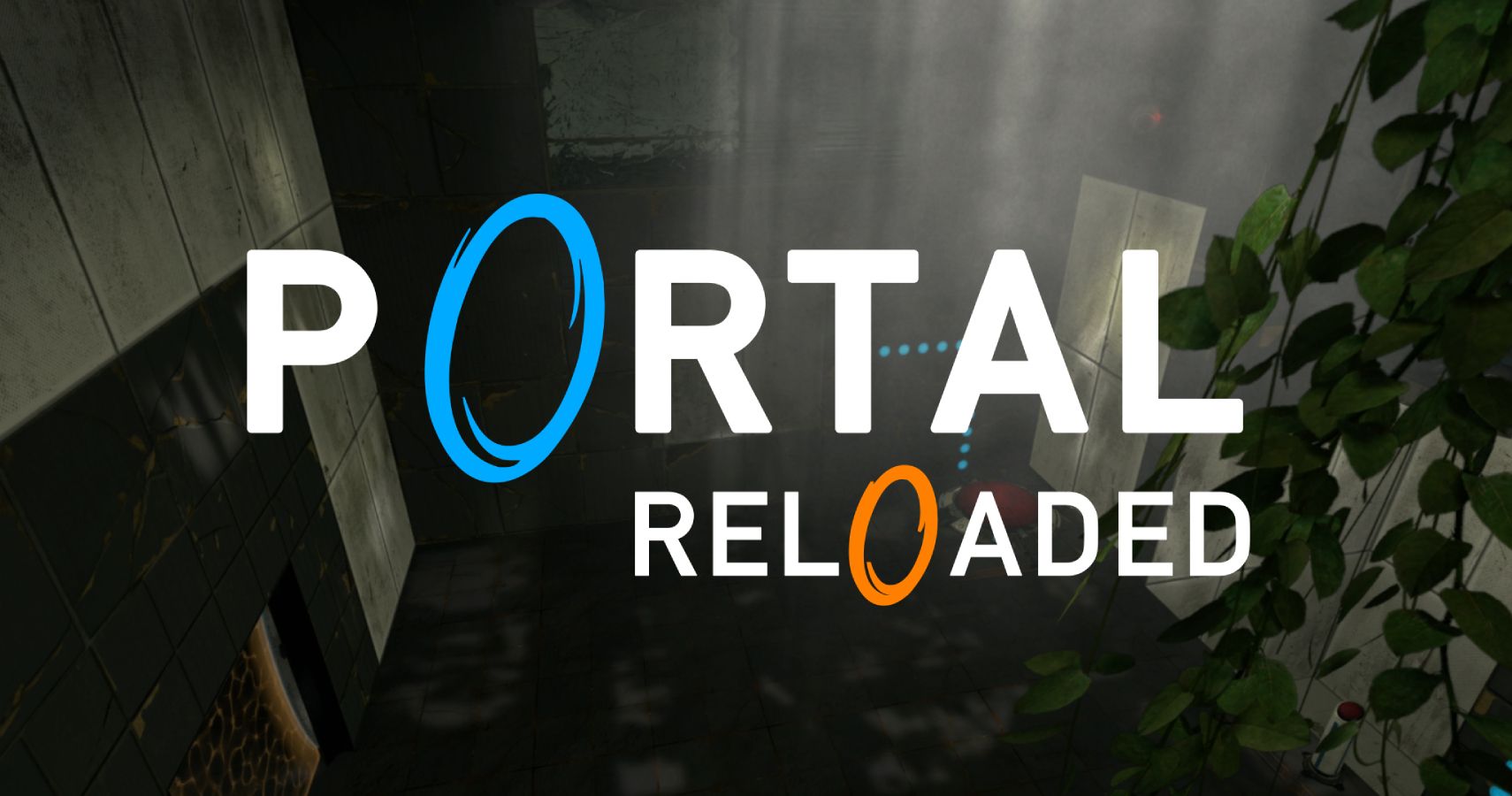