The Next Generation of Games Needs to Balance Scale With Storytelling

So there we are. The last major release for the PlayStation 4 has come and gone. And while the significant releases yet to come, it’s hard to escape the sense that there’s nothing left to do but wait for the PlayStation 5 and Xbox Series X to arrive later this year. And, of course, to speculate wildly about what they might bring with them.

Some things we know already, of course: the current list of releases for both consoles confirms that, unsurprisingly, mega-franchises will continue to dominate. That, combined with the expansion of services like Microsoft’s Game Pass, means that the boundaries of gaming are likely to expand in a myriad of new ways. What seems less clear are the implications that could have for the stories they tell. As games become ever-larger, can they maintain a coherent plotline?

If one thing has defined the last five years of gaming, it has been the exploding outwards of gaming worlds, as studios have focused on creating ever-larger universes for players to explore. Red Dead Redemption 2 allows the player to traverse 29 square miles of the Wild West. The world of Hyrule in Nintendo’s The Legend of Zelda: Breath of the Wild is roughly the size of Manhattan. Beating them all, Grand Theft Auto V’s virtual simulacrum of California clocks in at 49 square miles. These are worlds that a player can truly get immersed, and lost, within. 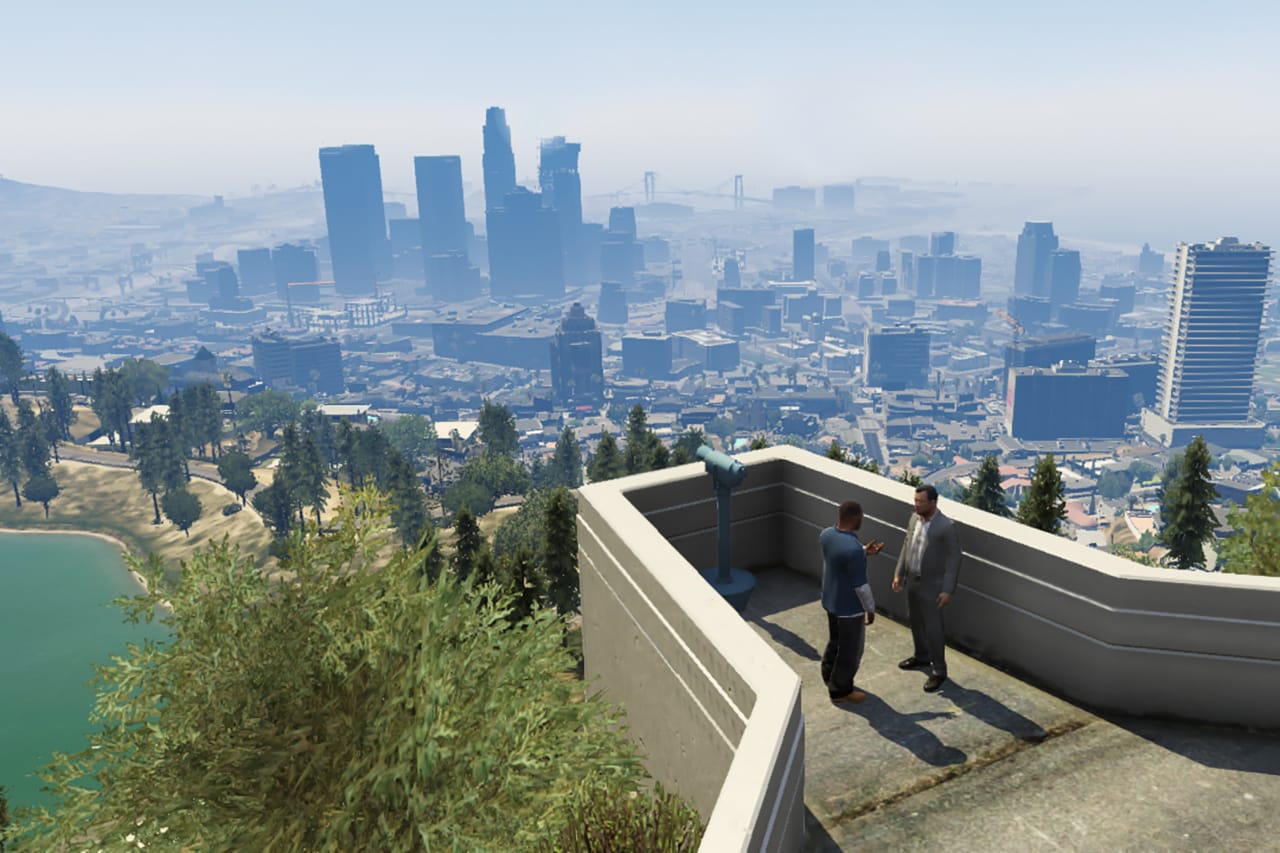 The “open-world” format (in which a player can freely roam the world in which a game is set, instead of having to follow a predetermined, linear narrative path) is not new to this generation: it dates back as far as 2001’s Grand Theft Auto III. Only in recent years, it has become the de facto format for major game releases, as studios seek to flex their resources and show off the scale and breadth of the worlds they can create. But while the last few years have shown the extraordinary possibilities of these immersive games, they have also shown their limitations.

The reviews for this year’s Ghost of Tsushima – a samurai-inspired, open-world game for PlayStation 4 that takes place in feudal Japan — generally veered towards the lukewarm. In particular, reviewers took umbrage with experiencing yet another game that offered a world sprawling with open space but thin on narrative. The game becomes repetitive quickly, as the sheer scale of the world that the player inhabits isn’t populated densely enough with satisfying stories to uncover. More broadly, the reception of the game felt indicative of a wider exasperation with the form. Razbuten, who hosts a gaming YouTube channel, agrees with Ghost’s critical response. “It did everything just about as well as all of the other open-world games – and in some places, maybe a little better,” he says. “But I feel like I’ve played that game 12 times already. I’ve been playing it for the last five years.” 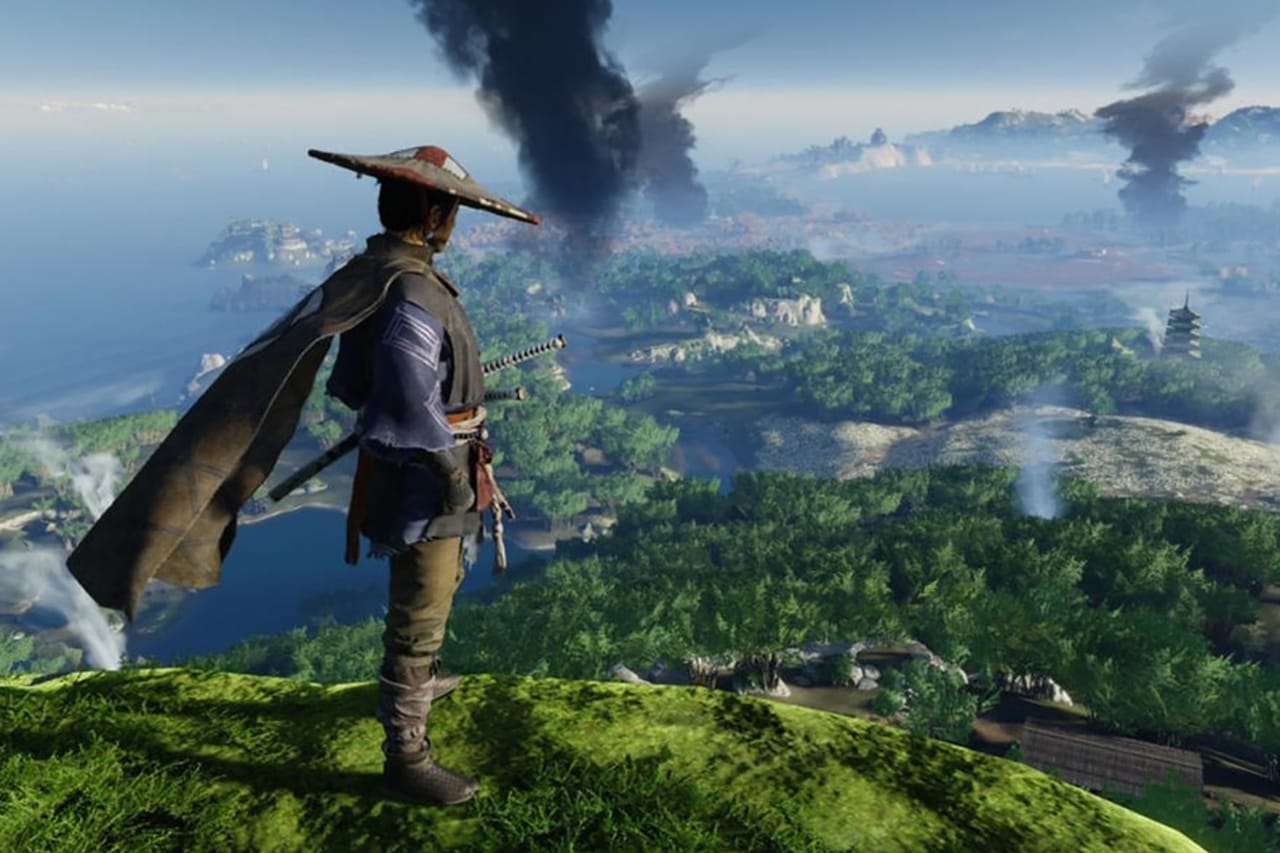 Indeed, most critics would agree that even the very best open-world titles have not been celebrated for their story arcs. Oli Welsh, the editor-in-chief of Eurogamer, cites Breath of the Wild as an example. “It’s an amazing game, unquestionably,” he says. “But you can’t really say that the story is what made it amazing. It’s a fairly standard-issue narrative: free the princess from the castle. Again.” Razbuten argues, too, that the very nature of these kinds of games — which emphasize exploration and discovery in place of onward progression — is antithetical to a forward-thrusting storyline. “It’s a real challenge for writers,” he says. “If you write too much urgency into the narrative of an open-world game, it’s going to direct the player too much, which defies the point of it. But a story needs urgency in order to move forward in an interesting way.

“One is like a rollercoaster, which you stay on from beginning to end. While the other is like a box of LEGO: it allows you to create the experience that you want to have. And both of those things are fine — but they don’t necessarily work well together.”

“Studios are overlooking the fact that TV shows have become the most dominant cultural force.”

So can it ever be possible for a sprawling game to provide a satisfying narrative experience? For Welsh, it should be. “It’s a case of how willing developers are to push the boundaries of those games,” he says. “But that comes with challenges: the main one being that these titles are inordinately expensive to make. So there is more pressure on them to succeed, which has made them extremely risk-averse. It’s why it seems like things have gotten a bit homogenous in big-budget titles.”

He points to independent titles as where to seek out narrative innovation, citing Kentucky Route Zero, Firewatch, and What Remains of Edith Finch as recent examples. Their smaller scale and more self-contained worlds allow them a greater ability to experiment, without the unwieldiness of the heavyweight franchises. But he believes, too, that there may be a path forward for larger titles based on how players themselves interact with games. “Developers have been saying for years that the really important stories are the ones that players discover for themselves,” he says. “At this point, it’s kind of a truism. But at the same time, it has never been truer than it is now.” 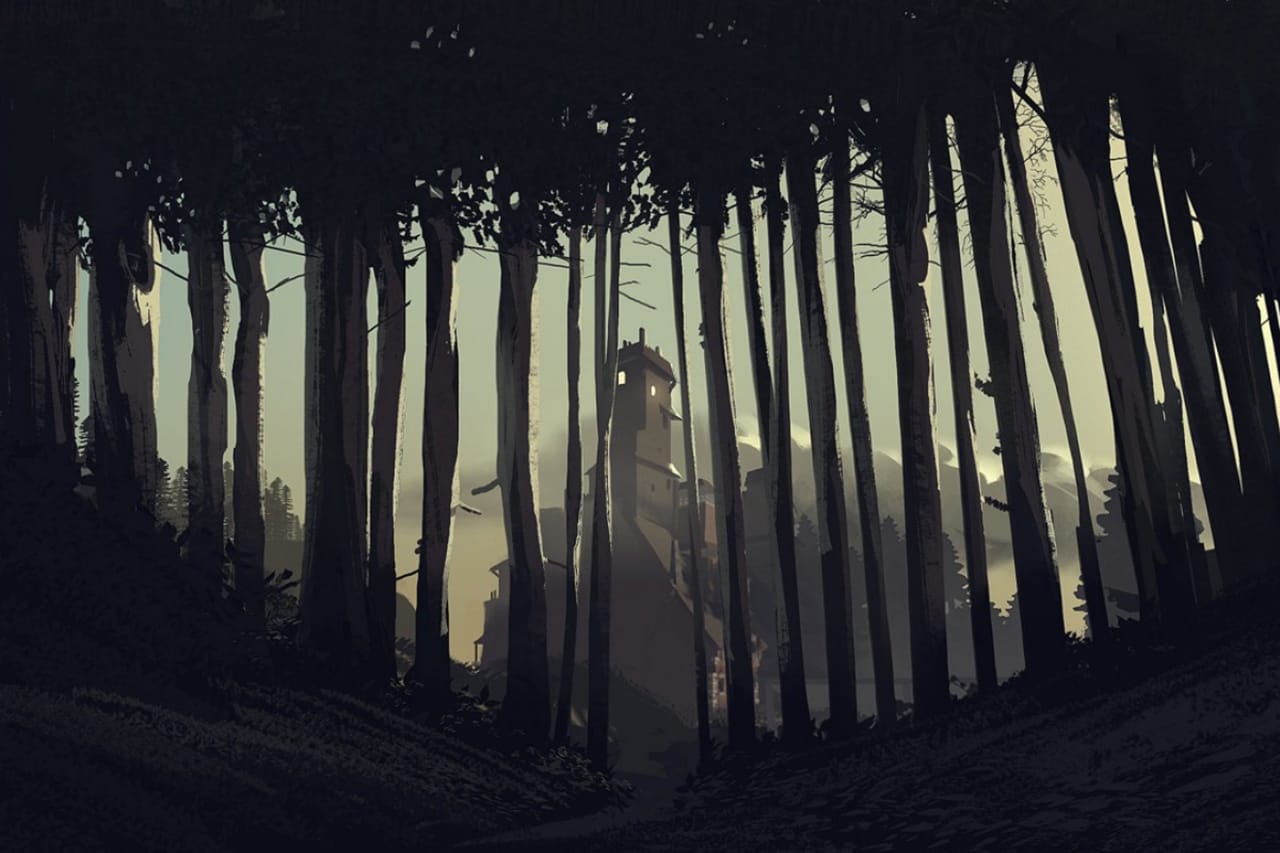 What Remains of Edith FinchGiant Sparrow

In his view, it’s this mentality that has led to dominance of the other trend of the current gaming generation: Battle Royales. These games — as exemplified by the behemoth Fortnite – are, on the surface, devoid of storyline. Instead, players are required only to kill each other, as quickly as possible, before they themselves are killed. Yet their simplicity has, ironically, afforded them a kind of narrative depth. “They are, in a way, natural story generators,” Welsh says. “Because as more players die, and the gameplay funnels down to a smaller and smaller pool, the tension naturally increases. So people come out of them with stories to tell: they are piling onto social media to share their experiences, and it has generated this real community around a game. And that is something that the old-school scripted experiences can’t do.”

It’s this uncoupling from conventional narrative experiences that game developers should feel more emboldened to do. That might mean letting go of the long-standing influence of cinema. “For a long time, that was the goal,” says gaming streamer Naomi Kyle. “The question that gaming studios were asking was: how do we make these stories as revered and adored as Hollywood movies?” And while cinematic games have undoubtedly won admiration for their filmic qualities (The Last of Us: Part 2 is a notable example), it also overlooks the fact that gaming and cinema are fundamentally different mediums. 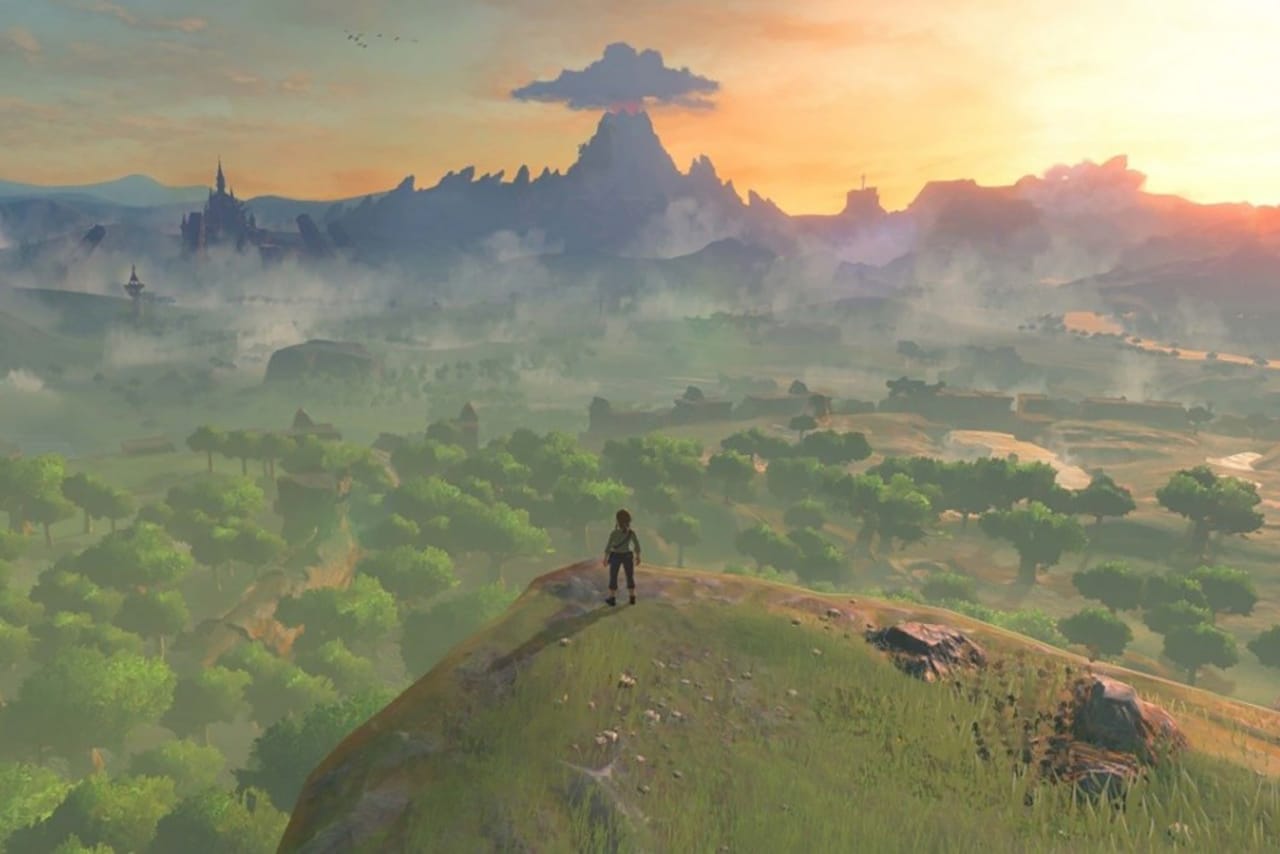 The Legend of Zelda: Breath of the WildEpic Games

“With gaming, you’re not just being told a story,” says Kyle. “You’re being offered all of these moments which you can choose whether or not to engage with. It’s like going to a fair, instead of going to watch a movie.” It’s in failing to understand this distinction that many gaming studios have fallen short: either flimsily imposing a cinematic narrative onto a game that’s too expansive and far-reaching to sustain it, or jettisoning the story altogether and leaving players to create their own.

Instead, games should focus on narratives that take advantage of what makes them different as a medium. “Games aren’t necessarily a vessel for straightforward narratives,” says gaming journalist Joshua Rivera. “But that became the most marketable format for them for a while. It means they make sense to people even if they aren’t familiar with games. It’s like ‘Oh, I’ve seen movies, that looks like a movie, so I’ll play it.’” Welsh agrees, and believes a shift in thinking may be overdue. “Studios are overlooking the fact that TV shows have become the most dominant cultural force now, anyway. And that is a form of storytelling that’s much more wide-ranging, with narratives that exist over a much longer period of time. Which is a much closer fit for gaming: most modern games are designed for people to interact with over a really long time, too.” Kyle also points to comic books as a way forward: “if you look at Marvel and DC, they have these huge worlds that they’ve created, and the narratives within them don’t have an end point. They’ve created the kind of stories that can go on and on and on. There’s always another branch to explore.”

Rivera isn’t filled with hope for where gaming will go in the next generation: “developers are gambling on the fact that you like games as they are now,” he says. It must be possible, though, for studios to crack the formula, and find a way to better furnish their worlds with more sophisticated storylines. If the next generation of consoles is going to bring anything shockingly new, never mind refining the graphics. Just create a world that proves irresistible to leave.
Source: Read Full Article