The Origin Of Final Fantasy, Explained

Final Fantasy is among the longest-running and best-beloved video game series of all time. Its deep stories, unforgettable characters, and satisfying RPG gameplay resonate with players the world over. It's a series that has evolved alongside gaming itself, and in many ways following the history of Final Fantasy is to follow the history of the industry.

For all its well-deserved fame, Final Fantasy could have ended up being little more than a footnote, a neat game and nothing more. Thankfully, that didn't happen, so saddle your Chocobo — this is the story of how Final Fantasy came to be. 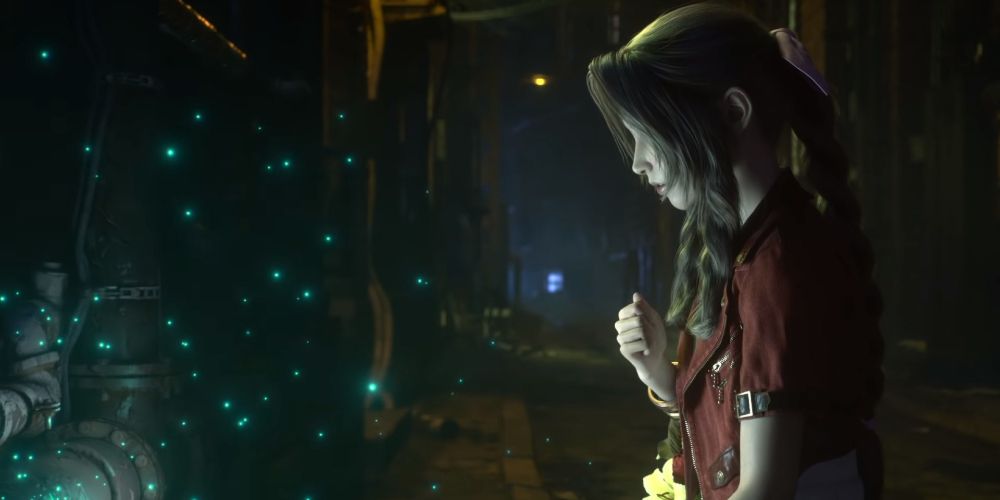 Final Fantasy's publisher had been making games for a few years before the first victory fanfare ever played. Masafumi Miyamoto founded SquareSoft in 1983 with the intent of taking a corporate approach to video game design, as detailed in Daiji Fujii's 2006 scholarly paper Entreprenurial Choices Of Strategic Options In Japan's RPG Development.. While most games at that time were programmed by solo developers, either as personal projects or on behalf of a company, Miyamoto wanted to create games through dedicated teams, playing to each member's strengths to create a better product overall. To give the company a safety net, Miyamoto initially incorporated SquareSoft as a subsidiary of his father's construction company.

One of Miyamoto's first hires was undergraduate student Hironobu Sakaguchi. Sakaguchi was a third-year student at Yokohama National University and wanted to earn money to buy himself an Apple II. Miyamoto took him on part-time as a programmer and game designer.

While SquareSoft's PC and Famicom games were successful enough that Miyamoto was able to separate the company from his father's in 1986, Sakaguchi was restless. Even though he had been promoted to the company's Director of Planning and Development, racing and action games weren't the kinds of products he wanted to be making. According to Chris Kohler's 2004 book Power-Up: How Japanese Video Games Gave The World An Extra Life, Sakaguchi was a huge fan of the 1981 title Wizardry, and he wanted to see more fantasy roleplaying games on the market, games that could tell a story. Miyamoto, on the other hand, was unsure of the idea as SquareSoft was still too small to risk investing in a game that might not sell.

The Warriors Of Light 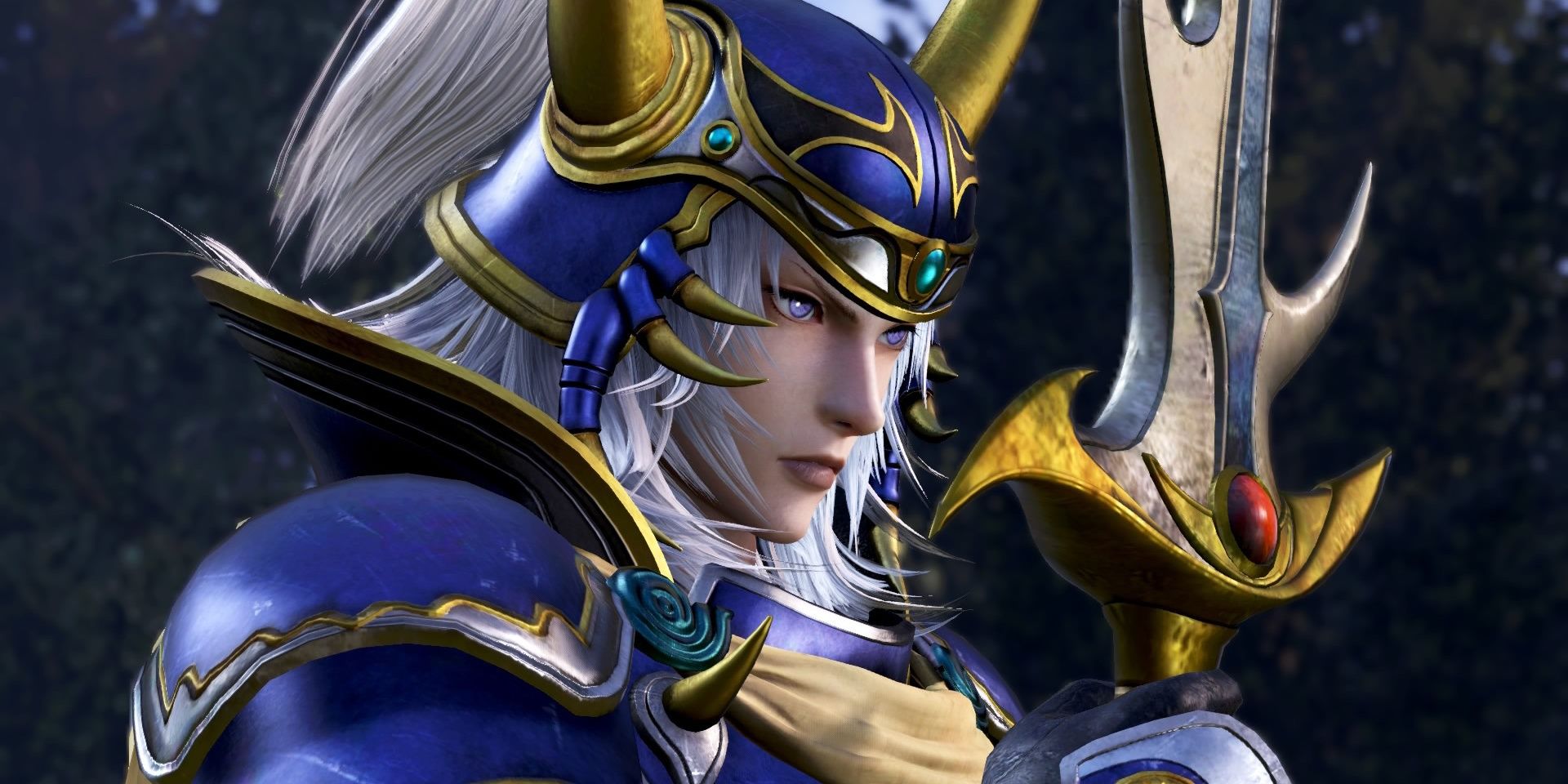 In 1986, game publisher Enix released Dragon Quest, the first game in what would become its own legendary series. Following an aggressive media push in Shonen Jump magazine, Dragon Quest turned out to be quite popular. The success of their competitor's game gave Sakaguchi the angle he needed to convince Miyamoto to let him create his own fantasy RPG. He was even given the freedom to assemble his own team.

Sakaguchi already had an idea for the game's story, and he hired writer Kenji Terada to develop it for production.

To develop the game's system, he brought on Koichi Ishii, who would go on to create the Mana series, and Akitoshi Kawazu, who had worked with Sakaguchi on previous SquareSoft titles and would eventually create the spinoff Final Fantasy Crystal Chronicles.

American programmer Nasir Gebelli was hired to write the game's code alongside Ken Narita and Kiyoshi Yoshii, and the music was provided by musician Nobuo Uematsu, who had already composed soundtracks for several games at that point. Kazuko Shibuya developed the game's visuals based on concept art provided by manga artist Yoshitaka Amano. As development progressed, Hiromichi Tanaka – Sakaguchi's friend from university who had been hired by SquareSoft at the same time, was also assigned to the project. 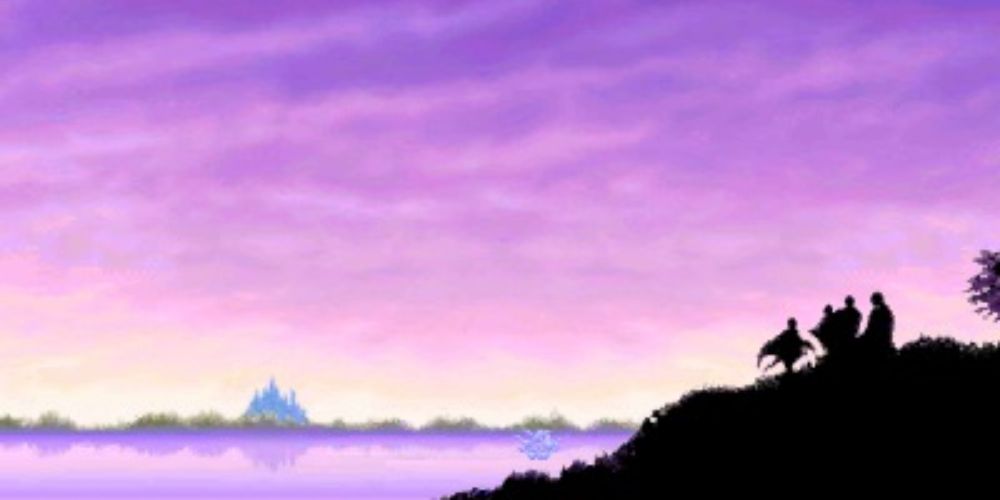 Despite greenlighting the game, Miyamoto was still concerned that Sakaguchi's project would be unsuccessful commercially. Sakaguchi, for his part, had grown disillusioned with game design and feared that he would be stuck making games he had no passion for if his project failed. He resolved to quit SquareSoft if that happened and finish his college degree. Believing that this could be the last game he ever made professionally, Sakaguchi called his project Final Fantasy.

Originally slated to ship 200,000 copies, Miyamoto eventually agreed to produce twice that amount; as it turned out, all of SquareSoft's fortunes were riding on Final Fantasy. They wouldn't be able to remain in business if the game failed, so the owner finally decided to go all-in on the project. The extra investment paid off; Final Fantasy was a hit upon release in 1987, with the Okayama University Scientific Achievement Repository listing the game's gross sales at three billion yen — roughly USD 48,500,000 in 2022.

The original Final Fantasy built on many of the ideas in Dragon Quest — the player explored a world map and the dungeons beneath it, randomly encountering monsters they would need to defeat in turn-based battles. While combat in Dragon Quest was strictly one-on-one, the player had a party of four heroes — the Warriors of Light — who would often have to contend with several foes at once. At the start of a playthrough, the player could choose a class for each of the party members, generalizing or specializing their team however they liked. 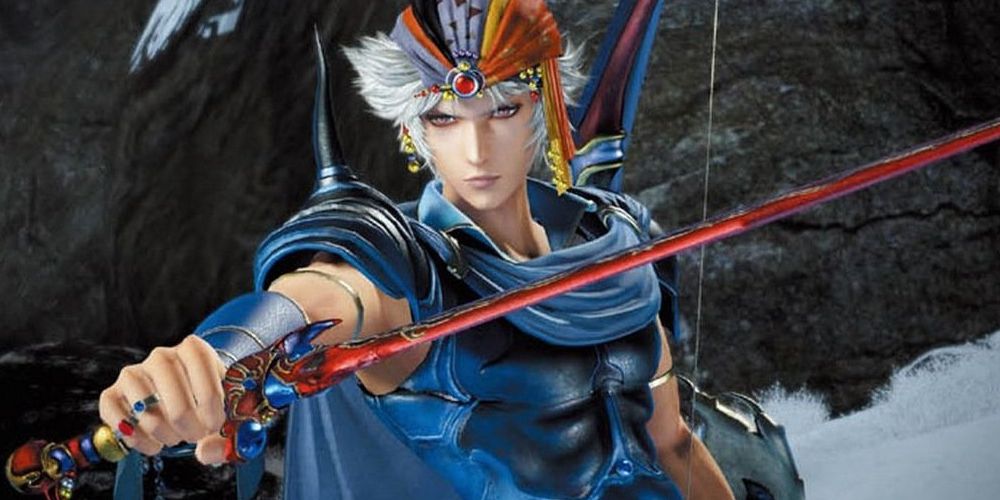 SquareSoft immediately ordered a sequel following Final Fantasy's success, assigning Sakaguchi (who opted to stay) the role of Director. He kept much of the same team, and with his expanded budget brought even more talent on for Final Fantasy 2. Since the original hadn't lent itself very well to a sequel — after all, the Warriors of Light had saved the world, broken a time loop, and defeated Chaos — the second game would be set in an entirely new world with new characters.

Final Fantasy 2 introduced several series mainstays, including Cid and Chocobos. In addition to having a much deeper, more character-driven plot than its predecessor, Final Fantasy 2 also has a much darker tone than many other games in the series. The game was released in 1988, selling 800,000 copies throughout its Famicom run.

Work began almost immediately on a third game, the biggest installment yet. Final Fantasy 3 introduced the Job System and Moogles, and was released in 1990. 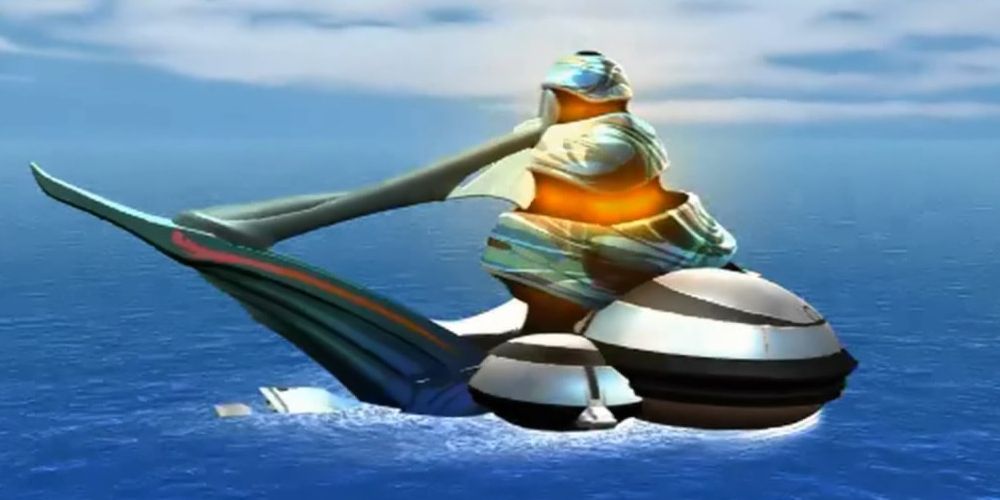 In the meantime, Enix had translated Dragon Quest for North American audiences. Titled Dragon Warrior, the English-language version launched in 1989. While the game's style was vastly overhauled from the Japanese original (Akira Toriyama's manga-style artwork was replaced with D&D-style illustrations, for example), Dragon Warrior did well enough that SquareSoft now needed to compete in the North American market.

An English-language version of the original Final Fantasy was developed for the NES and sent across the Pacific, where it sold 700,000 copies. This was more than enough to merit continuing the franchise in English, but by that point, North American gamers were two entries behind their Japanese counterparts. 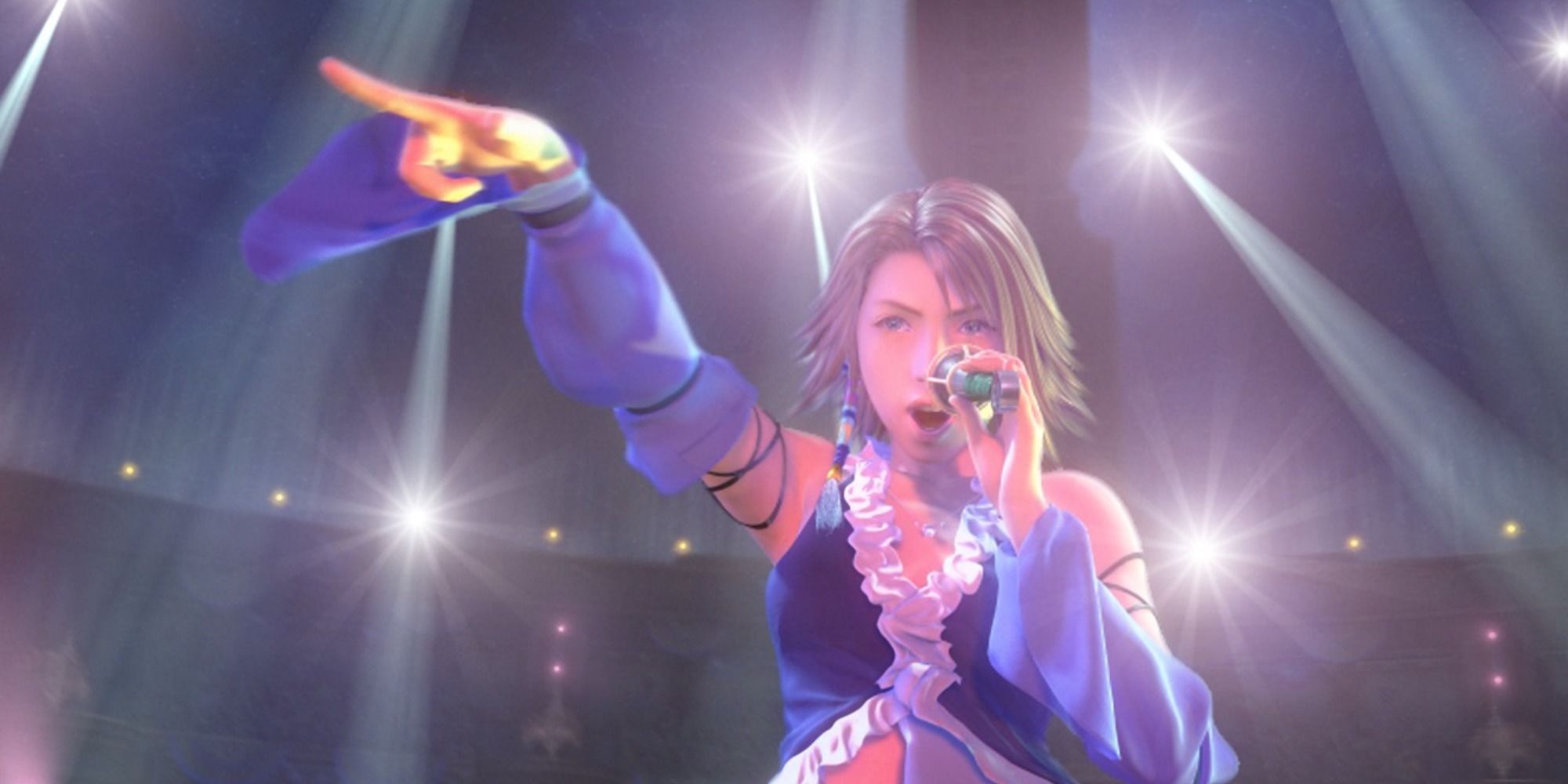 As the company's fortunes grew, so did the risks associated with big business. Square invested heavily in a 2001 CGI blockbuster called Final Fantasy: The Spirits Within, which posted abysmal numbers at the box office. As it happened, Dragon Quest publisher Enix was also having a rough year after delays to Dragon Quest 7 ruffled feathers with investors (Fujii, 2006). The two companies decided to merge, forming the entity today known as Square Enix.

Around that time, Sakaguchi (who had directed The Spirits Within and was disheartened by its failure) felt he was languishing in an executive role. Shortly before the merger, he left Square to make games in his own development studio, Mistwalker.

Since then, Final Fantasy has continued to grow, launching two successful MMOs, fifteen entries (and counting) in the main series, and innumerable spinoffs. There is even ample demand for remakes and remasters of previous games in the series, as evidenced by the success of the Pixel Remaster series and Final Fantasy 7 Remake. Final Fantasy 14 is the hottest MMO currently on the market, and fans eagerly await Final Fantasy 16 — whenever it arrives and whatever it may look like.