The People Of Night City: A Day In The Life Of 10 Cyberpunk NPC

If you’re one of the many playing Cyberpunk 2077 (and if you’re a Steam user, yes, you’re one of a million), you’ve undoubtedly noticed how much detail there is in Night City. The neon lights glinting off of the pavement, the sports cars shining after a perfect ray of sunlight, the alleyways full of treasures and garbage. Sometimes it’s pretty, sometimes it’s ugly, but it’s all painting a picture.

But Cyberpunk 2077 is not merely a still-shot. It’s a living, breathing world, full of gangs, vendors, and every kind of lovely friend and disgusting creep imaginable. And they’re all walking around, living their complicated lives. In this article, we decided to follow NPC residents totally at random for 24 hours and find out what they were up to in Night City. 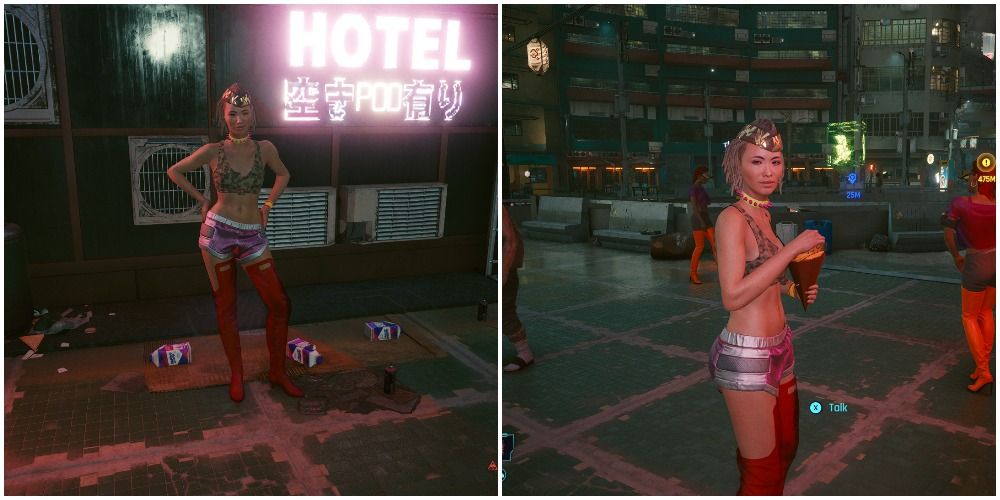 Hanging out outside of a hotel at 3:07 AM, Guan had clearly just finished winning a milk-drinking contest. She waited around to let the milk digest and then hung outside of the Magami Market Restaurant to practice her dance moves until daylight.

She lit up a cigarette and had a jam session with her friend Joaquina Rossi until 12:13 PM, perhaps inspired by finding one of the game’s musical Easter Egg. Her diet leaves something to be desired, as she spent the rest of the day exclusively eating several servings of french fries from a cone, but she deserves a lot of credit for doing what she does on no sleep! 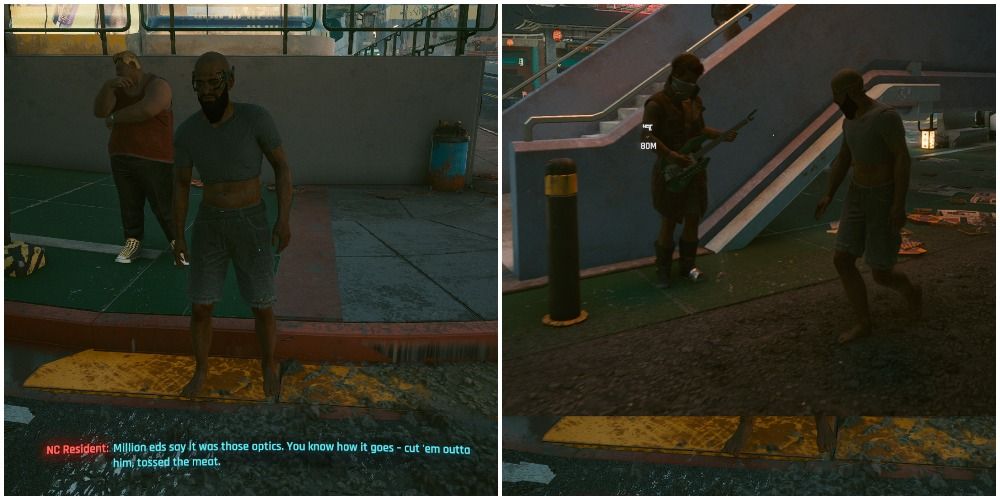 With all of the filth in Night City, it’s hard to fault Evan for having too many drinks at the club at 4:17 AM. He had a lot on his mind, screaming and cursing about slackers and telling everyone who tried to help him that he was a busy man.

Barefoot and wasted, he does get credit for finding his way home without driving and without falling up the stairs to his apartment. Finally feeling sobered up (but still opposed to footwear), he left his flat later at 9:23 PM that night and enjoyed some music from a live street performer. 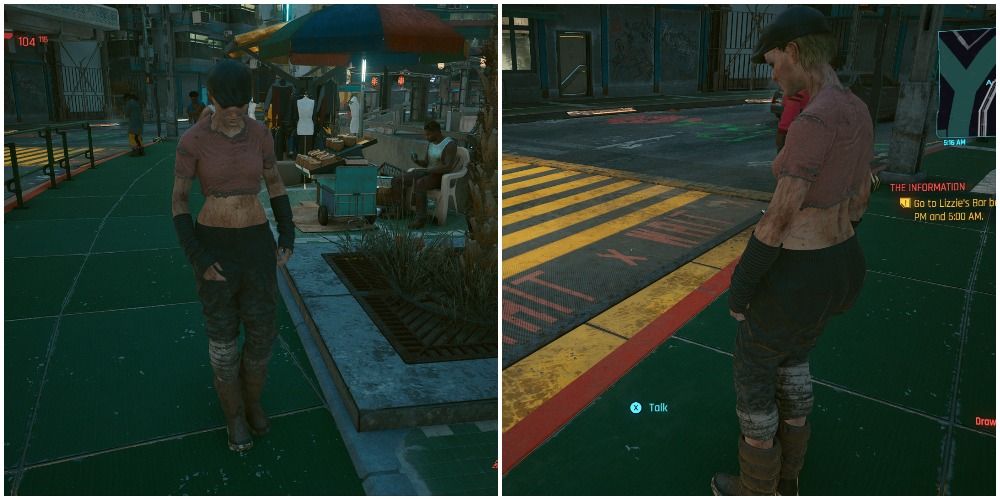 First appearances are deceiving for Autumn Wright, who is clearly unwashed and wearing dirty clothes, but even at 5:20 AM, she’s applied lipstick and eyeshadow with perfect grace. The bohemian lifestyle is a choice for her and she doesn’t care what the street vendors who shooed her away have to say about it.

Turns out this morning and afternoon routine was merely for fresh air and exercise, and by 6:38 PM, she was back inside her apartment. After leaving the house again in the early AMs, she would superstitiously go up to crosswalks and then turn around after being permitted to cross. 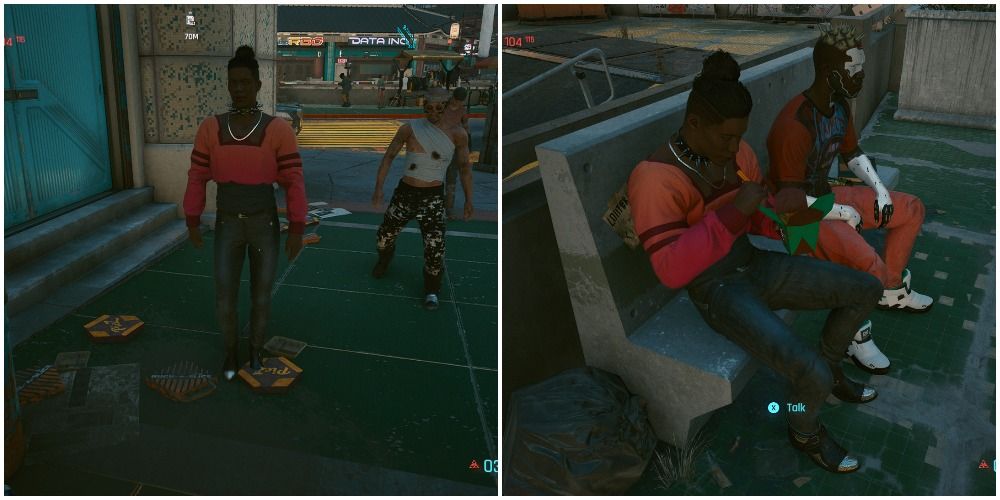 Greeting people on her way to work at 6:38 AM, Sarah’s bright voice and colorful style brought a smile to the regular citizens she saw along the way. She spoke a few words in a foreign tongue after talking to people, perhaps telling herself what she thought of them.

For lunch, she met with her brother, Mutegi Bothma, on a bench and ate some leftover Chinese from the previous night (she even brought her own chopsticks!) After that, she returned to work for the rest of the night. Hopefully she’s getting some overtime pay. 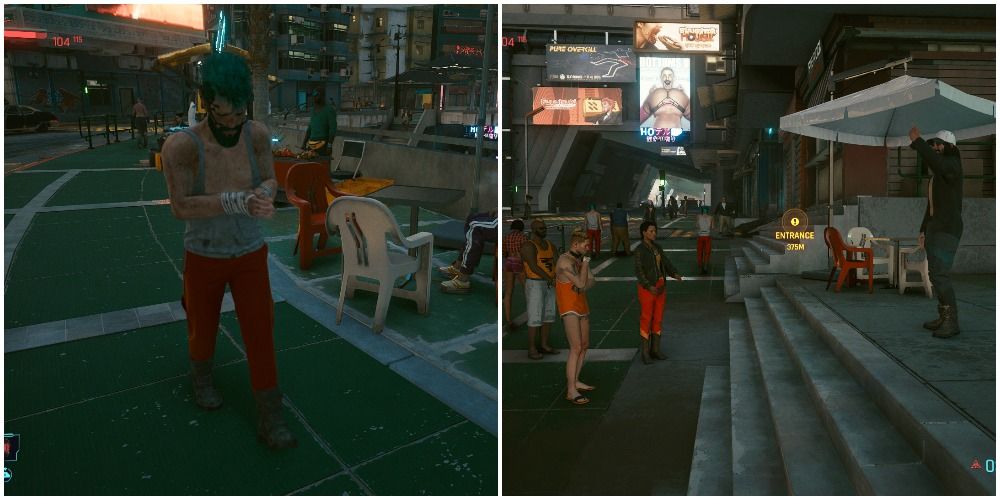 Not everybody is a morning person or a cold-weather person and Timofey is neither. He was viciously rubbing his hands together as he made his daily commute at 7:15 AM in frigid conditions. He has to walk, you should be grateful V gets two free cars.

Unfortunately for Timofey, his commute was not to a job, but a worker’s strike rally. He stayed as long as he could, but his hands never got warm enough, so he tried to find some shelter by sundown. Sadly, even at 7:15 AM the following morning, he got no sleep and was just as cold as ever. 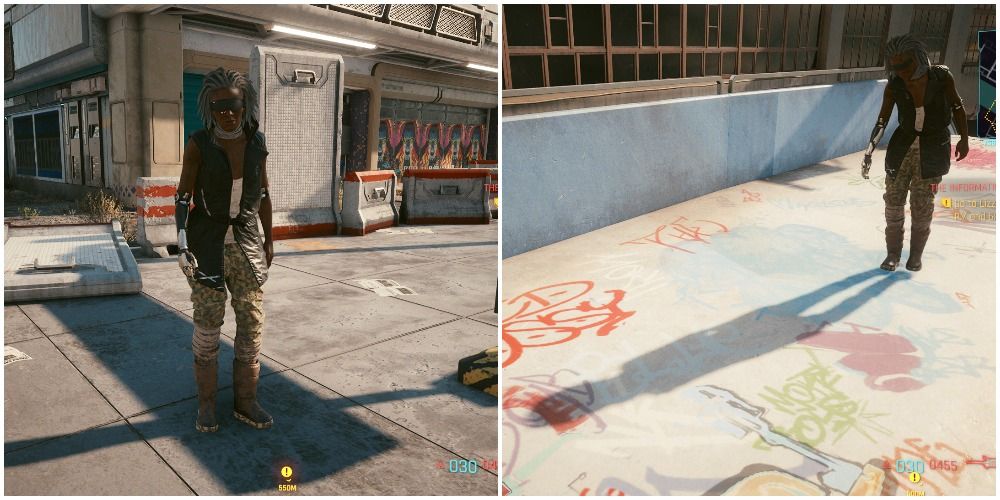 After going back and forth across the same crosswalk for about three hours, by 11:37 AM, Waheeda was finally feeling energized enough to start her day. She walked with her head down and was fixing for a fight, offering to beat up anyone who came into her thankfully narrow field of visions with a flex of her white cybernetic arm. She wasn’t messing around either, like you can do with V in Beat the Brat.

She met for a reunion with extended family at the local café at 1:31 PM and that took the edge off, laughing and talking to her brother on the phone all the way until 5:31 PM. Afterward, she went to the bridge to her apartment complex and did some pretty nifty graffiti work on the concrete. 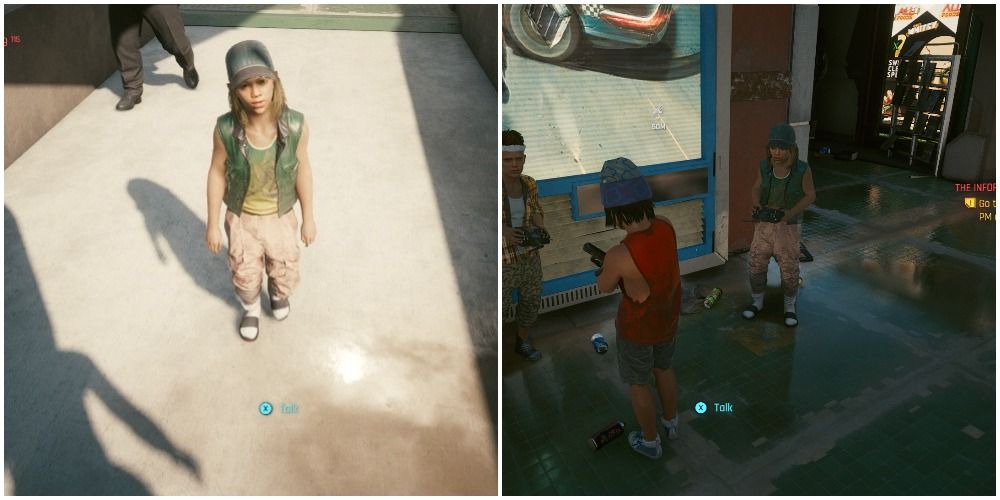 Tomboy is one insulting word for Anya’s style choice and she wouldn’t have it any other way as she slapped on a jean hat and some sandals to leave the house at 11:45 AM. Only seven years old, she walked for several hours with a confident swagger through Night City.

RELATED: 10 Cyberpunk Keanu Memes That Will have You Cry-Laughing

She met up with friends Frederick Davidson and Kelwin Holder at 5:30 PM for just a few minutes to race remote-controlled cars. A gunshot sounded and, as everyone else ran, Anya casually strolled away, maybe bored that it wasn’t a talking gun. She returned to her house to get some rest at 10:30 PM, hoping tomorrow she wouldn’t get interrupted during RC car time. 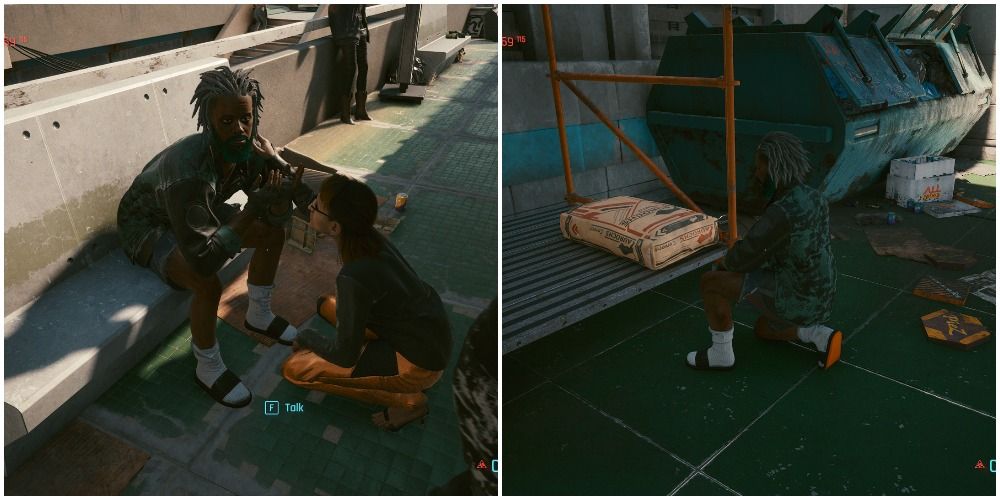 At 2:31 PM, Okello was bawling in public, crying about a job promotion that went to somebody else. Lifelong friend and teacher Mariam Walters fruitlessly tried to cheer him up. Still in tears, Okello swallowed his pride and asked spectators for spare change.

In true Night City fashion, nobody offered any help and the crowd had dispersed by 8:42 PM. Perhaps V should have sent Jackie to offer him a job? Okello went home dejected but by the next morning, he decided he had enough moping around. He went back to his job on the construction site and spent the following day mixing concrete. 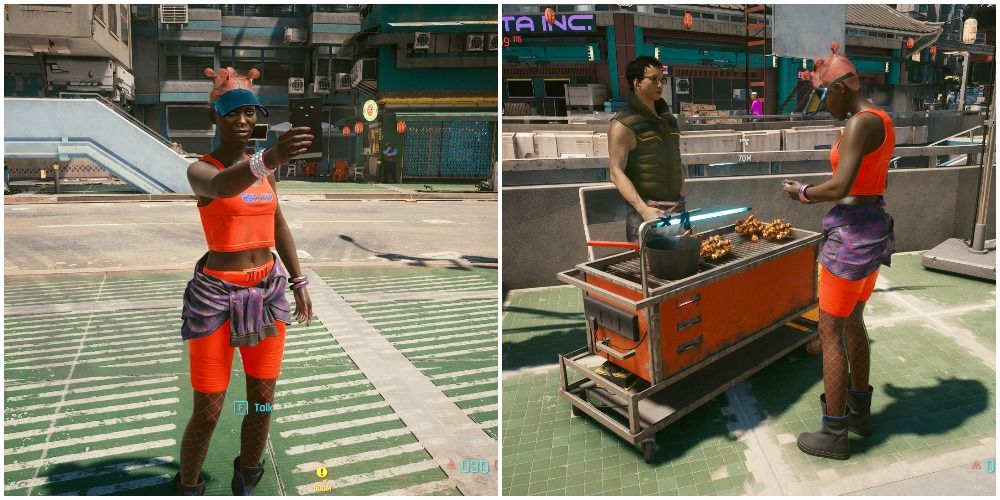 Chloe woke up on the right side of the bed, skipped breakfast, and immediately started prowling for some action. Nothing seedy, but by 7:31 AM on her weekend, she already knew she wanted the night to end in excitement.

After snapping off a few selfies to her rambunctious buddies, she ordered some of her favorite chicken kabobs at 4:31 PM. Her good mood never faded, but her friends all texted her back some lame excuses and she decided she might as well turn in early at 8:55 PM. 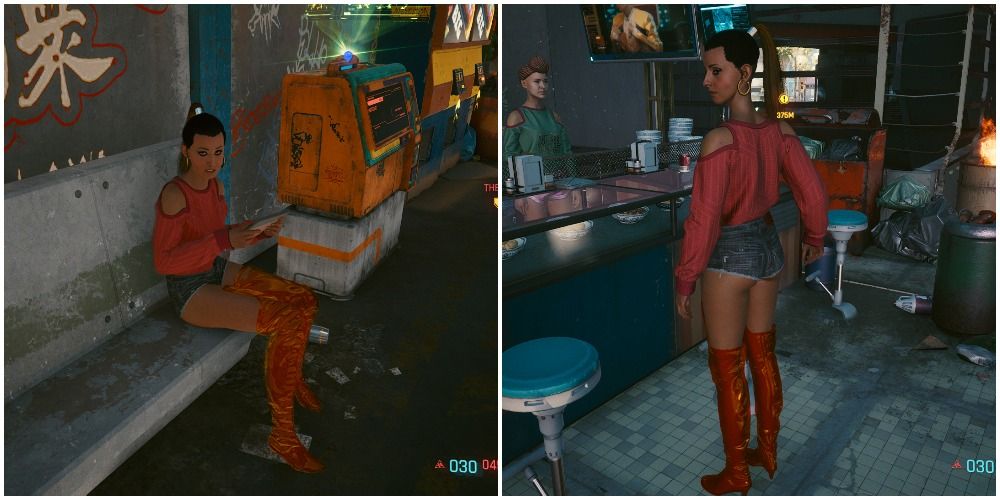 Daytime starts when you want it to when you’re well-to-do and don’t have any kids or job. Yaroslava doesn’t leave her apartment until 45 minutes after she wakes up… at 5:23 PM. Her favorite “breakfast” is dumplings, which she gets exclusively from her childhood friend Mallory at the stand.

They exchange a few pleasantries and talk about how the business is going (not well), watch a ton of soap operas on the television, and then she decides that today was meant to be a lazy day. She brushes off a few catcalls, then plays some games on her tablet before calling it a “night” at 9:02 AM when she goes to bed (not that you can judge with V’s own weird sleeping habits). 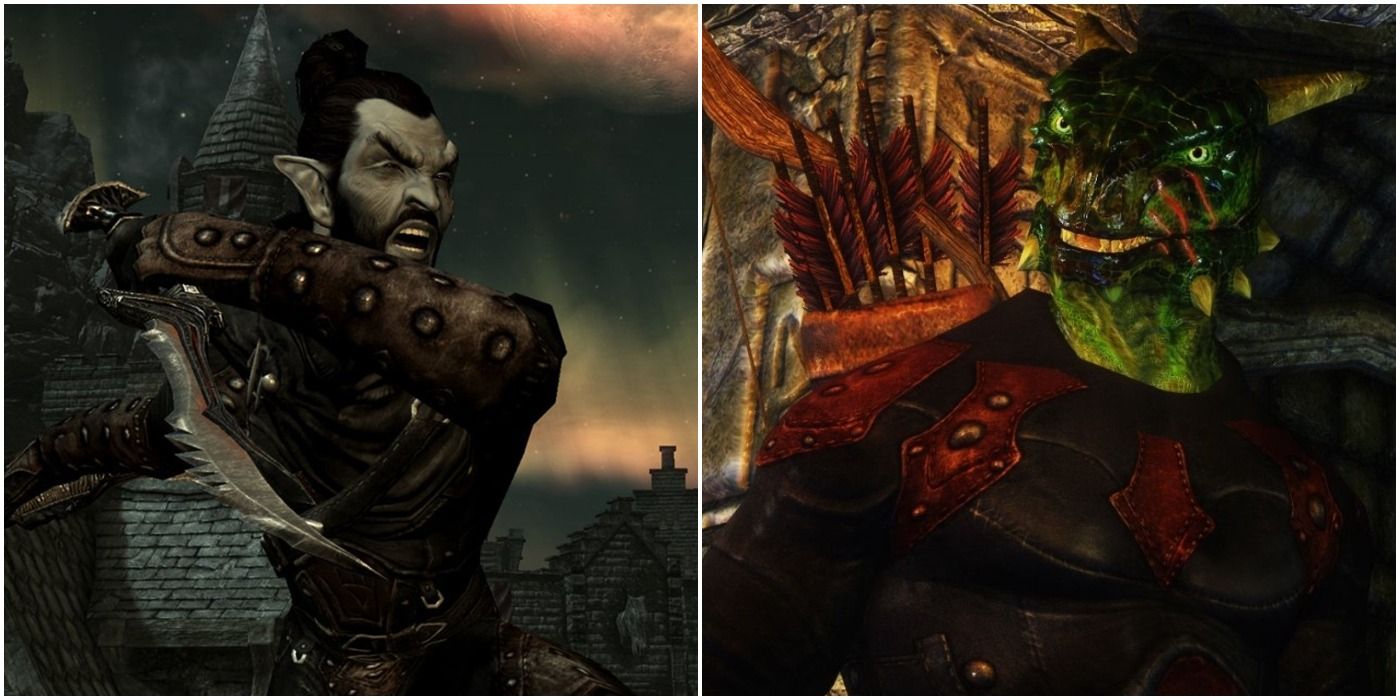