Culturally, there are two ways we think about sleepaway camp counselors: wholesome caretakers who guide children through activities or as fodder for slasher villains for perceived transgressions. The Quarry puts you in the shoes of a group of counselors, who, instead of fitting perfectly into either prevalent mould, were just regular, modern youths doing their jobs.

But we can't really help ourselves when there's a possibility of changing characters' outfits, regardless of the game. The Quarry already has a 1980s-era throwback DLC, bringing to mind the poor victims of the likes of Jason or Freddy Kreuger. Now they've gifted (quite literally, since the DLC was temporarily free as a Halloween treat) us with 1950s-inspired clothing. And folks, they look sharp as ever. 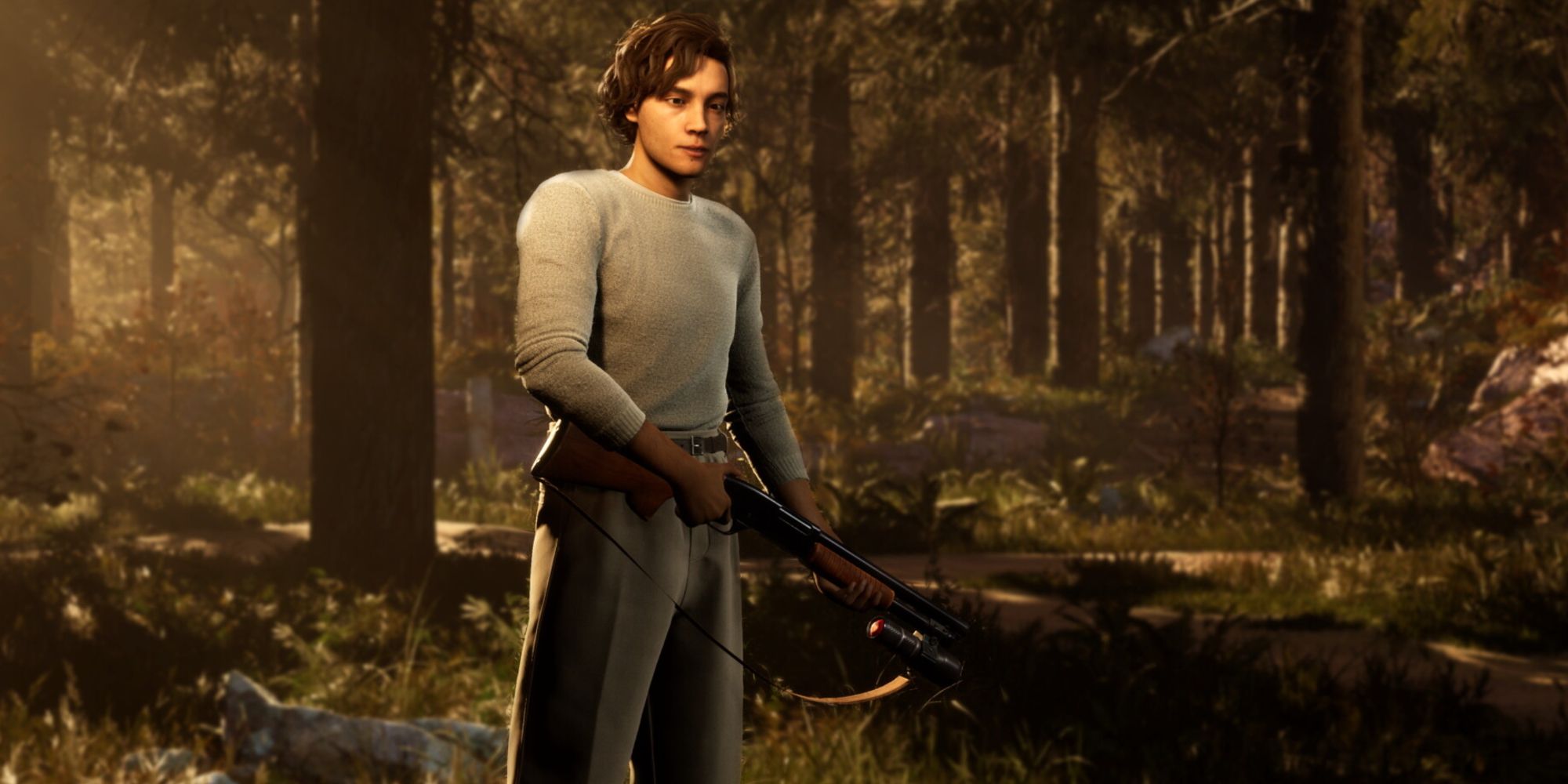 Sorry to Nick, whose nice enough outfit doesn't do much to flatter the poor guy. He will have a rough time on this fateful, moonlit night, no matter what you do. So the least he could have been given are clothes that weren't so bland – he looks like he's hiding in them. And grey isn't his color; that's just a fact.

His original outfit and 80s throwback look reflected his character more; he was kind of a jock but soft-spoken and sweet. They also weren't afraid to use some color, notably reds and blues. It worked, and this… doesn't. 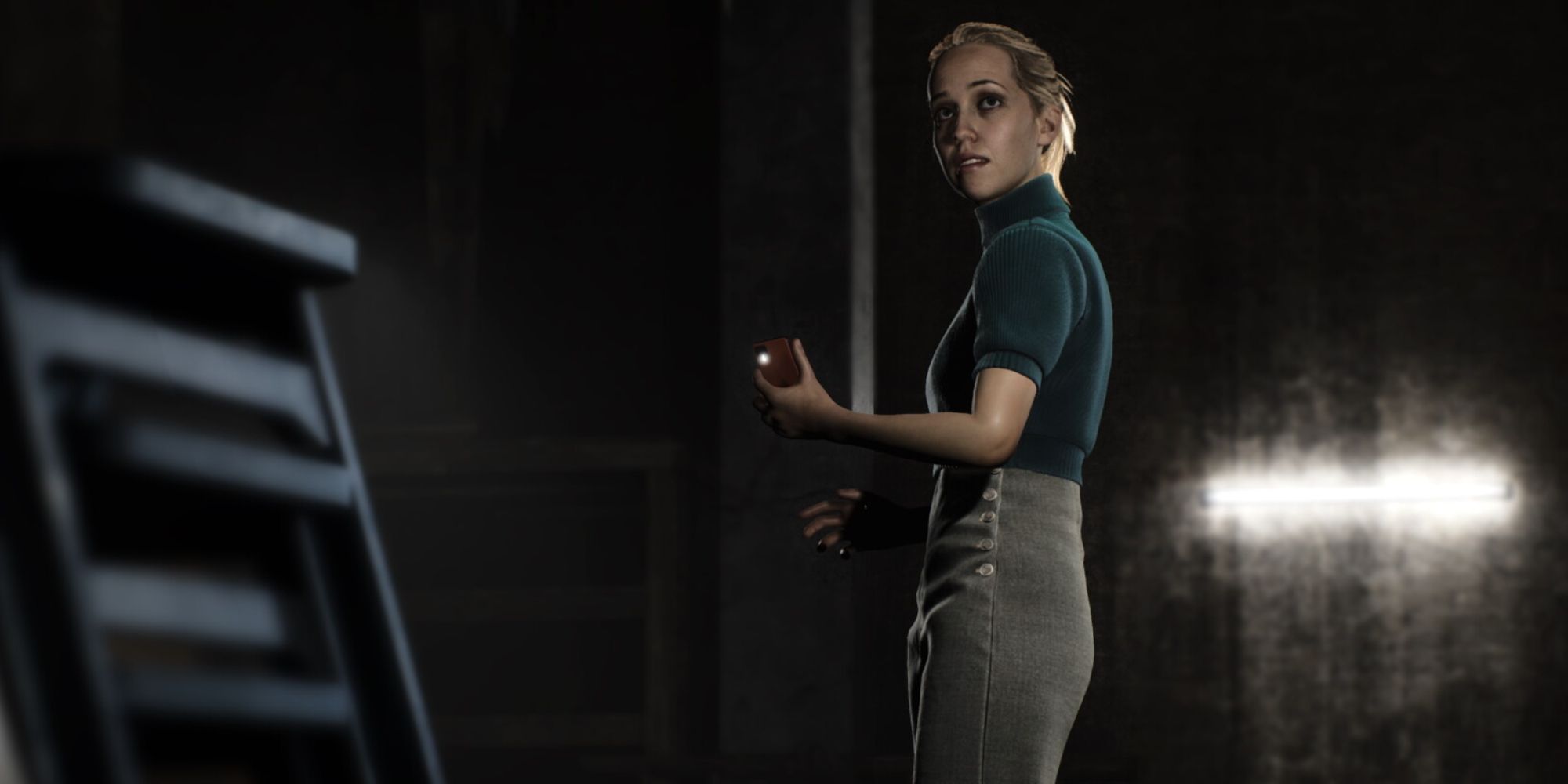 The teal turtleneck on this little number is so flattering some of us may wish it was in our wardrobes. Laura's outfit is cute, though we're not sure if the extremely baggy pant legs are a great idea in a trapped-in-the-forest-with-terrifying-monsters survival situation. Still, the muted grey of the pants and the jewel tone of the sweater work together.

The downside is that it doesn't entirely fit her personality, unlike most other outfits. It's vintage to be vintage rather than a reflection of her character. It looks good, but we wish it had told us more about Laura, even if it is just DLC. 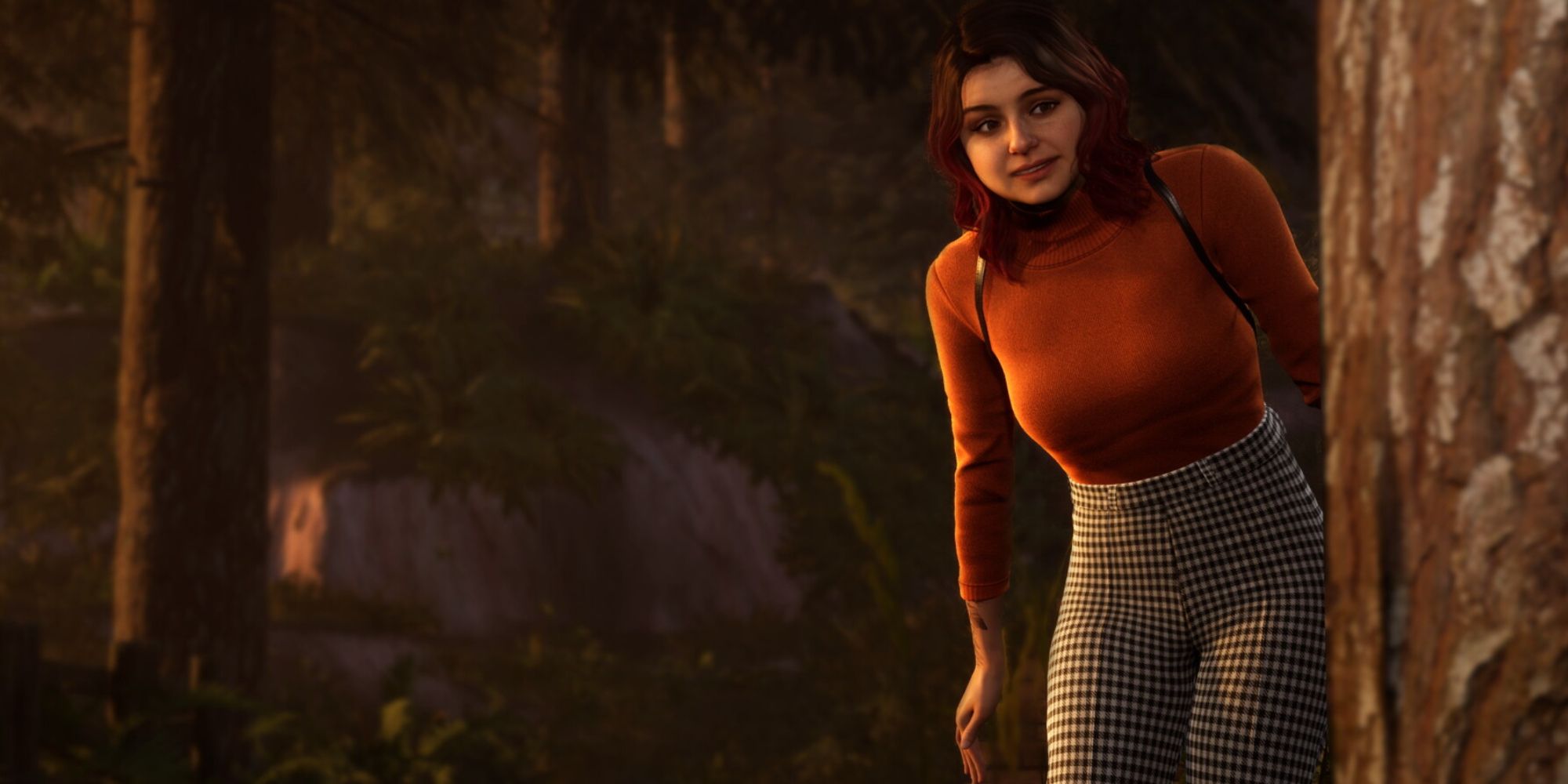 Abigail's new fit definitely has some Scooby-Doo Velma vibes. Or, well, maybe she just has an orange sweater on, but still. This is a simple yet stylish foray into vintage looks. The blocky autumnal color and the busy checkered pattern on the pants come together beautifully.

Abigail's clothes in the main game (and the 80s DLC) were much more alternative. They weren't loud, per se, but they spoke of her artistic side. This is far more generic but plays to her warm, if shy, personality. Plus, the orange looks great in the leaf-filtered sunset. 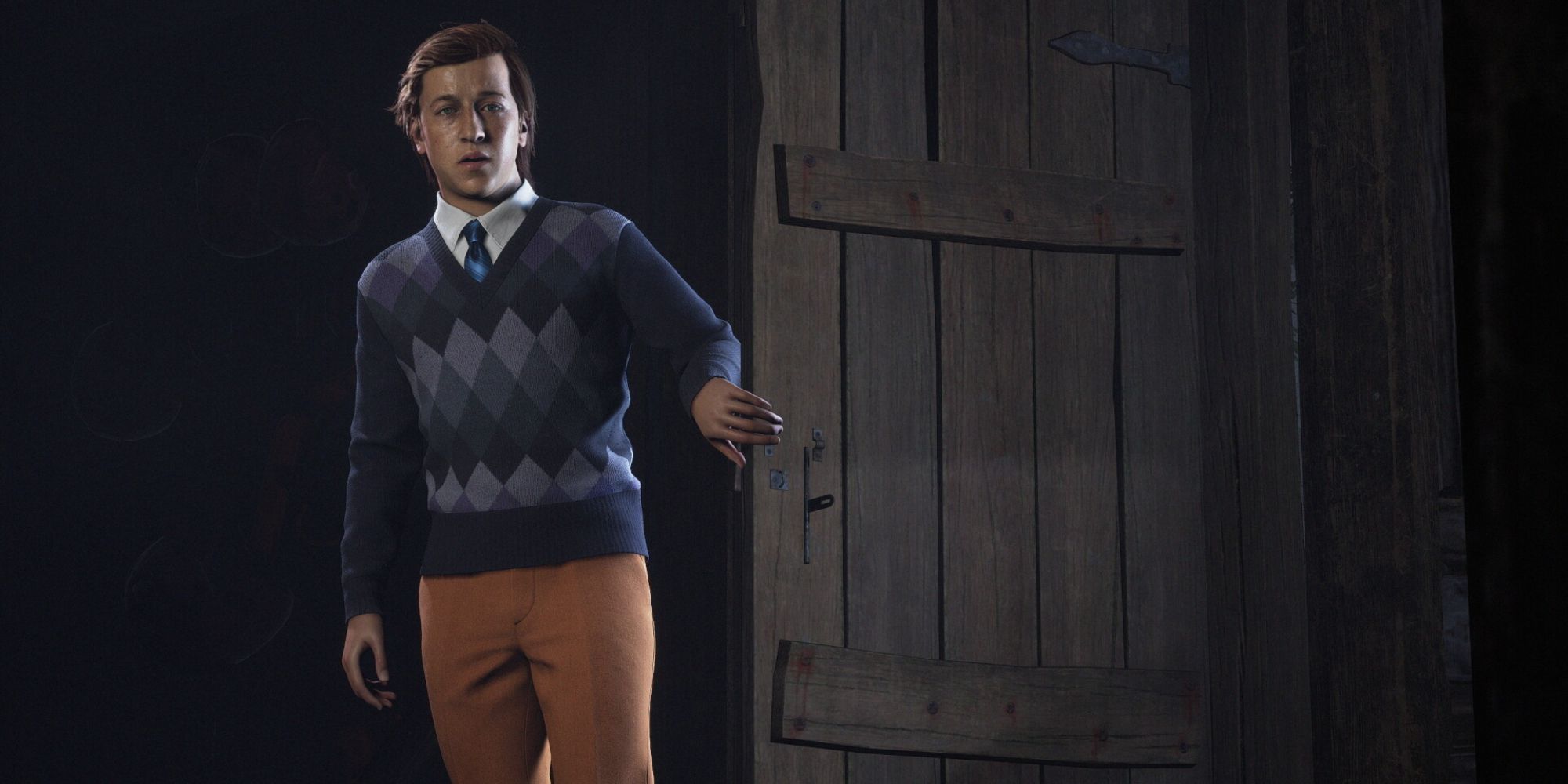 Pretty sure we've seen this exact get-up in reruns of Leave It To Beaver or something like it. The diamond pattern of blues and greys that make up the torso of his sweater, the navy blue of his sleeves, and the beige-orange of his pants have a wholesome vibe. However, this feels less like the outfit of a young adult and more like the one you'd find on a sitcom dad while he sits in his big, comfy armchair and reads the newspaper, periodically sipping on his coffee.

It looks warm, both in terms of temperature and in personality. It fits Max, who is easy-going, a little goofy, and honestly does have a bit of "dad" energy – in terms of making poorly timed jokes, at least. This seems like something he would wear, even today. 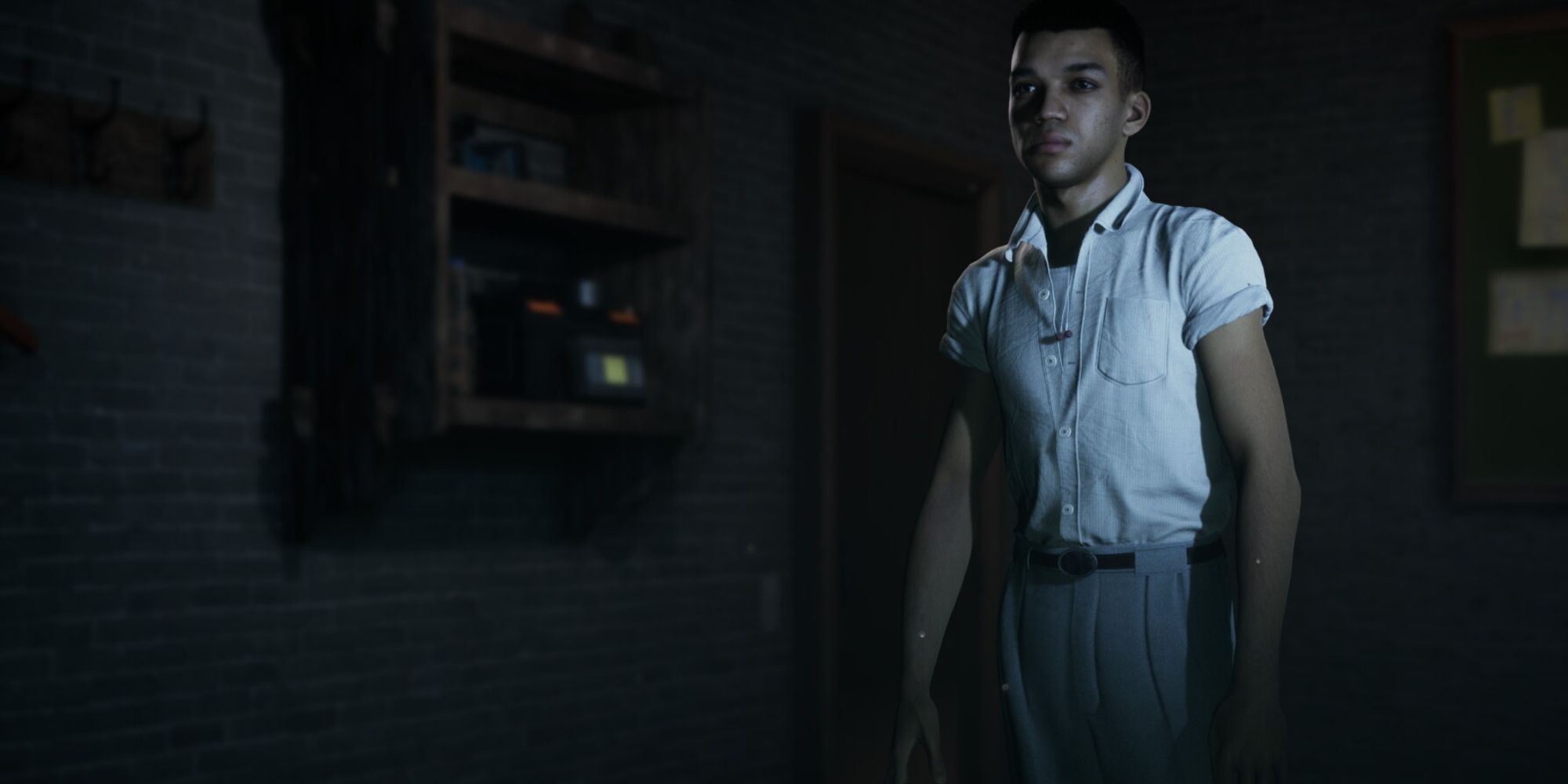 Of all the characters in The Quarry, Ryan seems the least concerned with appearances. He wears what he wears – clothes are functional, not fashionable, though luckily, he can make anything look decent. Like most of the outfits in this pack, Ryan isn't going out of his comfort zone with this look, yet it's probably more flattering than his base-game or 80s DLC outfits.

This is an outfit for a steady, persistent presence, one that will lead everyone to the safety of sunrise. The rolled-up sleeves speak to Ryan's ability to do what must be done, and the put-together appearance mimics Ryan's calm, guiding influence on the group. 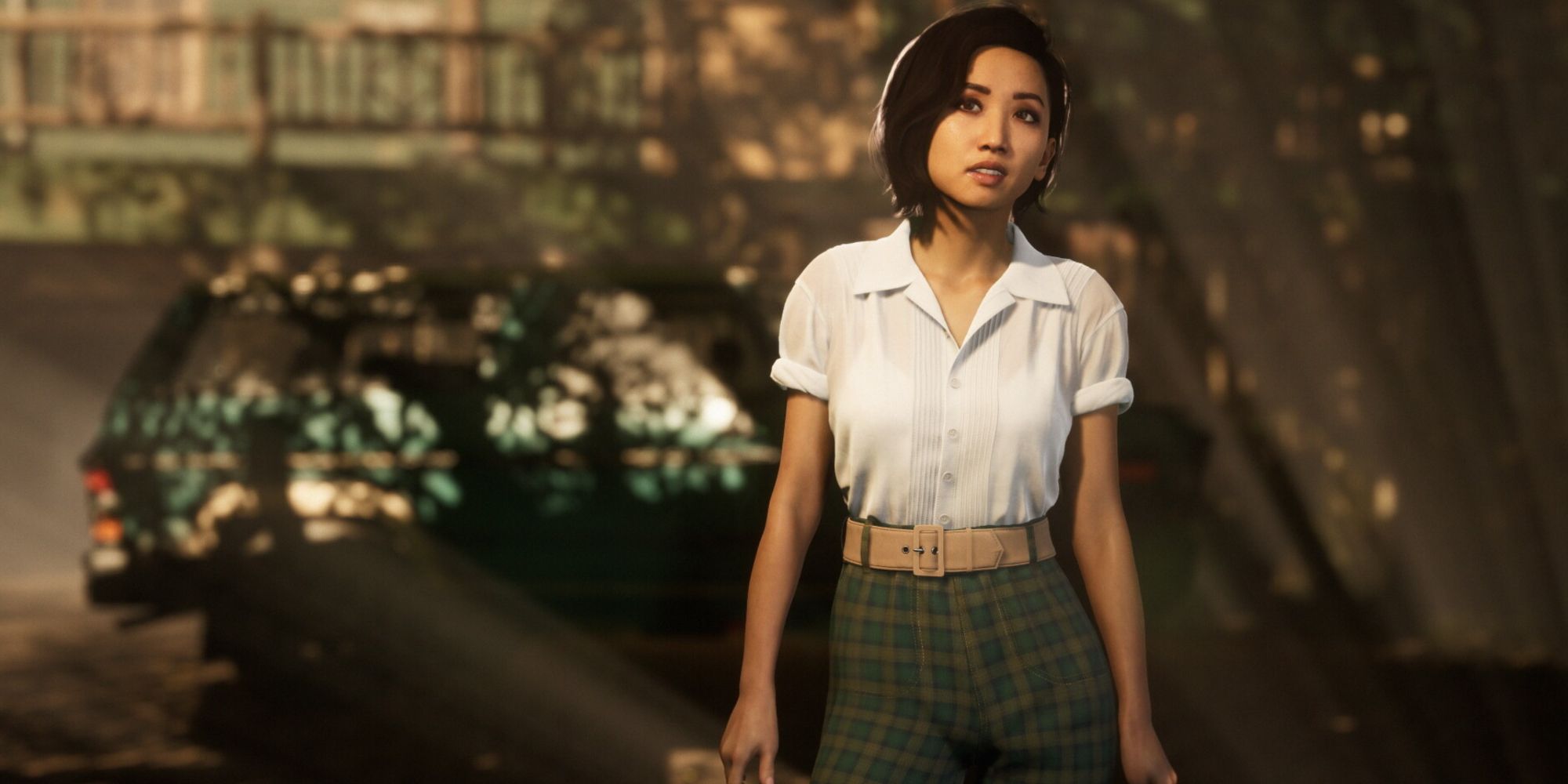 With the rolled-up sleeves and practical pants, this outfit fits Kaitlyn's competent personality. She's not going to sit around and wait for everyone else to get on with the work – she's going to make sure it gets done. Considering her original outfit was sporty leggings and a hoodie (which, frankly, she did look fantastic in), this is more fashionable but still basic.

Would Kaitlyn wear such a thing if given the option? Maybe not, but she looks damn good in it, and it won't hinder her on this night of survival. The shirt may not stay that crisp white until the sun rises, but that's a different issue altogether. 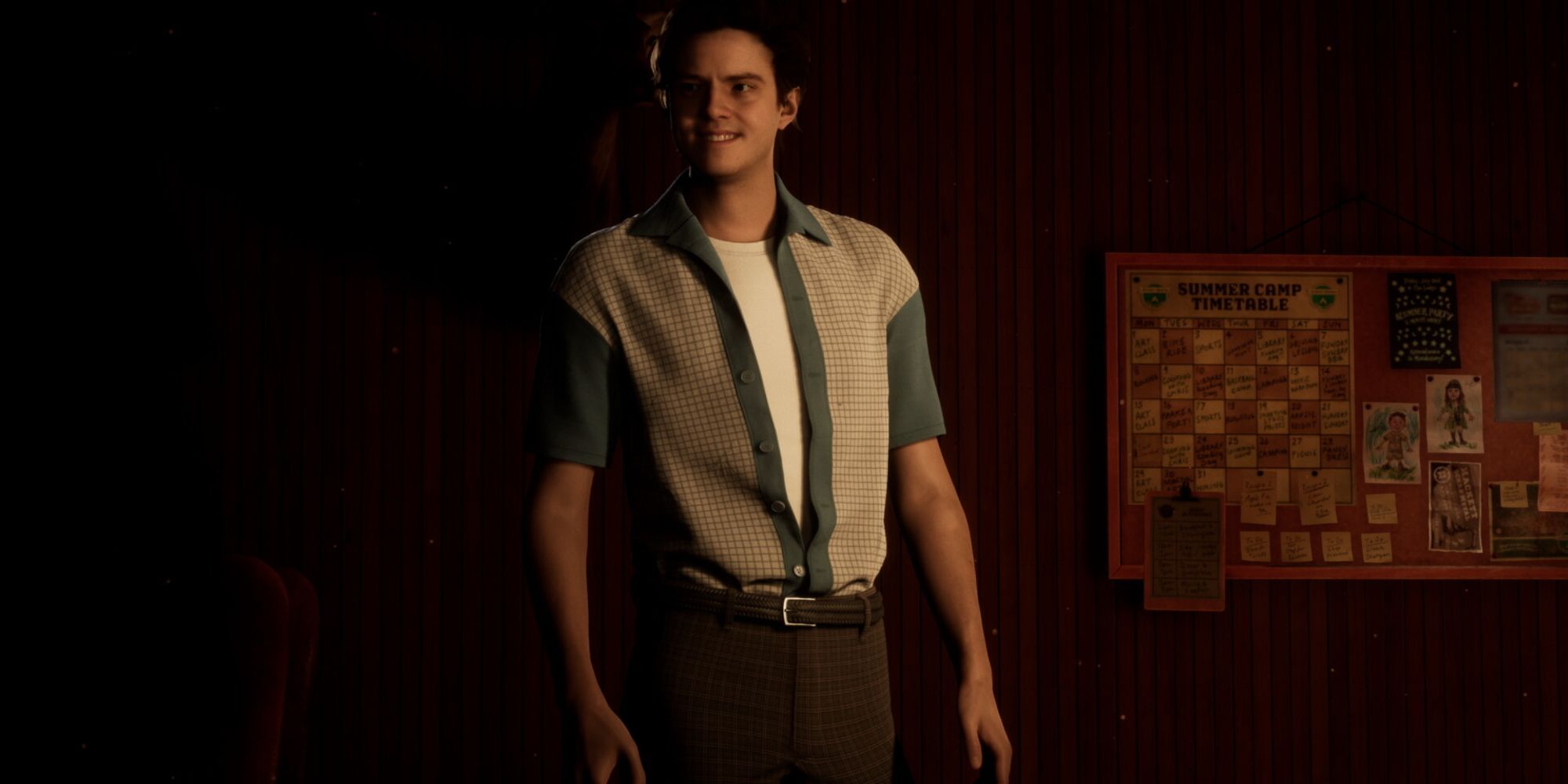 Have you ever seen someone and thought, "that guy is definitely in a bowling league?" Well, if you haven't, now you have. Dylan's throwback look evokes 1950s suburban weekends – not real ones, obviously, but the ones you see in movies. A casual outfit that you can just as easily imagine on someone mowing their lawn (manually) as you can on someone who is bowling strike after strike.

It is the perfect look for Dylan, the social butterfly of the group and the game's main (and best) source of comedy. Laid-back and ready for anything, whether that be fun or, you know, surviving a werewolf-filled night of horrors. Whatever it is, Dylan is ready to get down to business. 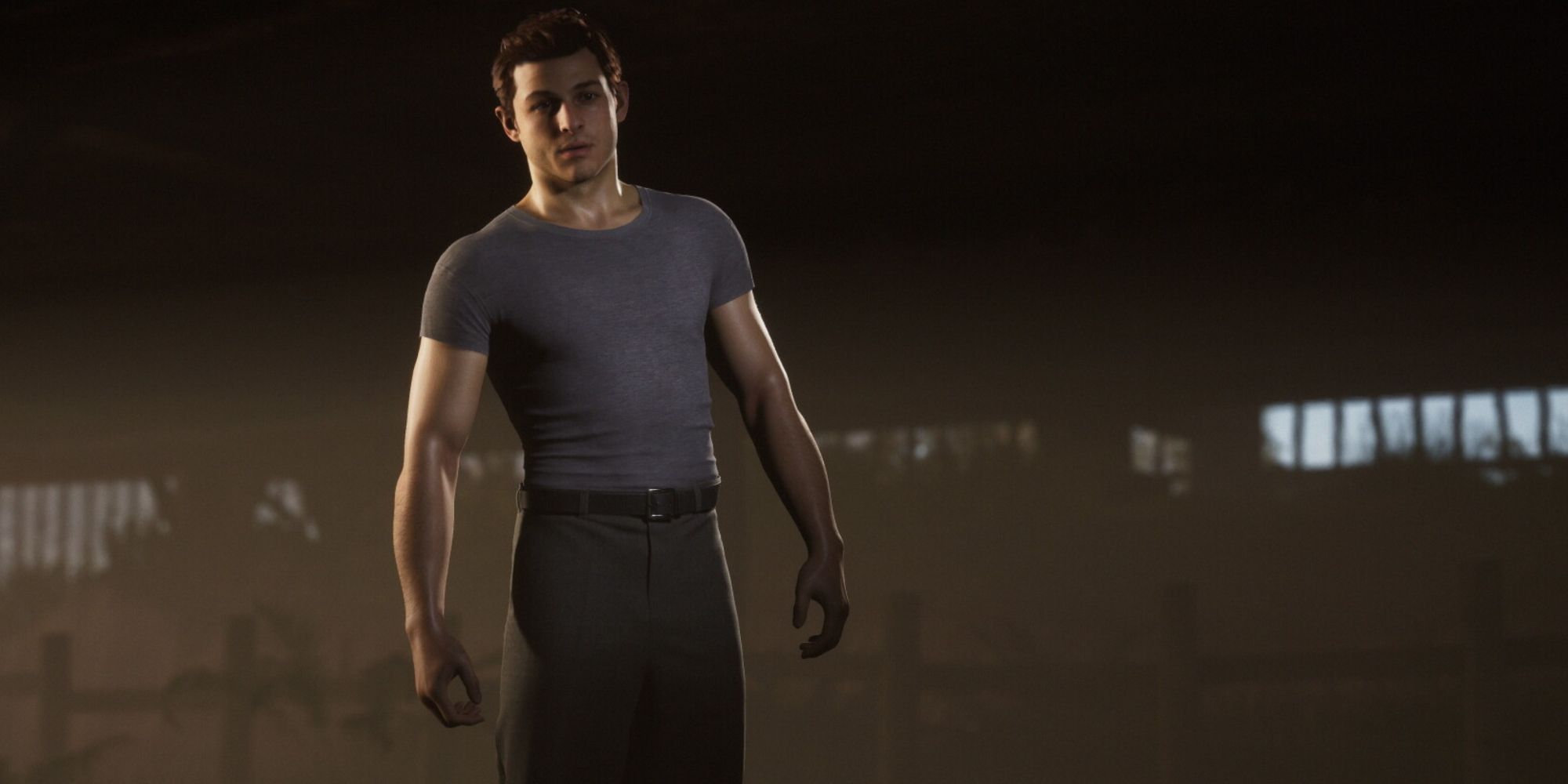 This is fully a Marlon Brando circa A Streetcar Named Desire look, and honestly, Jacob kind of rocks it. But, thankfully, the look is all he has in common with that Tennessee Williams character. He's short-sighted and selfish but cries openly and puts his friends' safety before his own desires.

Jacob's throwback outfit reflects the bravado he wears like a bulletproof second skin. A way to feel tough and capable while trying desperately to hide that sensitive, soft center that makes him compelling and likable. It's not who he is but how he wants to be seen. 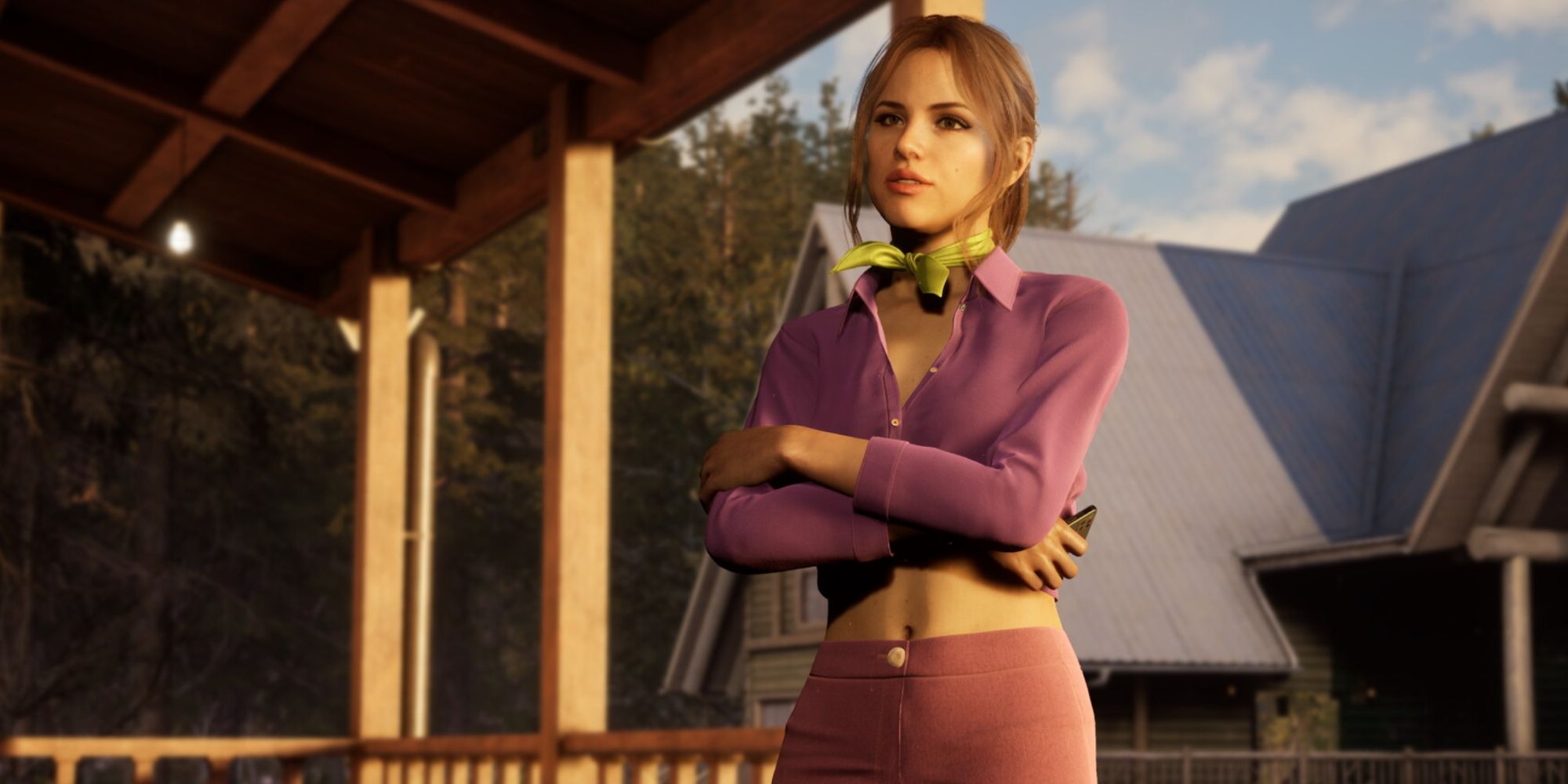 Emma is serving up some Scooby-Doo realness here, with a look that clearly mirrors Daphne, the smart damsel-turned-capable journalist of the Scooby gang. Of course, Emma puts her own twist on it with a cropped pastel purple blouse and high-waisted salmon-pink pants.

The color scheme would be enough to evoke Daphne, but it's practically cosplaying when paired with a small green scarf. While the colors are pastels, they still really pop, especially when compared to everyone else's more muted style. Fitting for the camp's drama coach and local influencer – unique, and loud about it.