The Transformers Return In A New Game For PlayStation 4, Xbox One, Switch, And PC

Megatron is closing in on the Allspark, and the Autobots need your help to protect it. In Transformers: Battlegrounds the war for the Allspark stretches from Cybertron to Central City. This unexpected return to one of the best toy brands in the world is coming from developer Coatsink, the studio behind Shadow Point and Get Packed, and publisher Outright Games, which recently released Jumani: The Video Game.

Little is known about Transformers: Battlegrounds, but Outright Games lists it as a “tactical warfare.” The trailer begins with a wide view of the city, but zooms in at the end, perhaps showing fights will be one-on-one. You’ll be able to assemble a squad. In the trailer and screenshots, we see a few Autobots that are in the game: Optimus Prime, Bumblebee, Grimlock, Arcee, and Windblade. Outright also says players will be able to battle each other through the “local multiplayer arcade.”

The Transformers had a short, but great run in video games under developer High Moon Studios, which latched onto what people love about the cartoon and toys in two awesome third-person action games. While we’d like nothing more than for High Moon to get another shot, just seeing the Transformers back in a game is reason to celebrate. 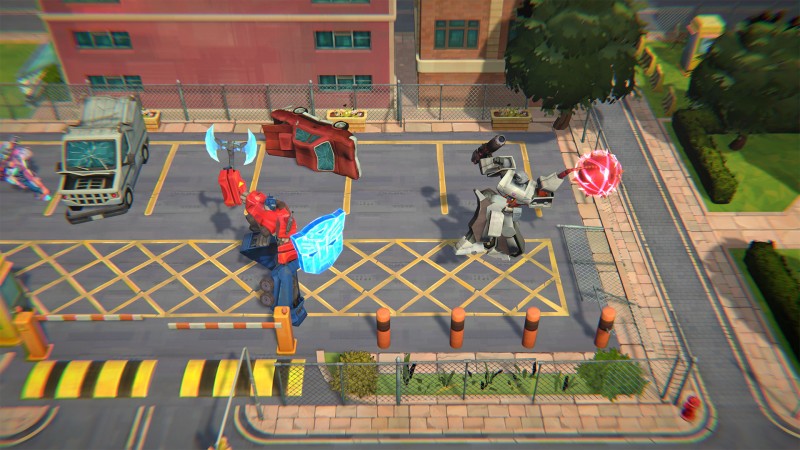 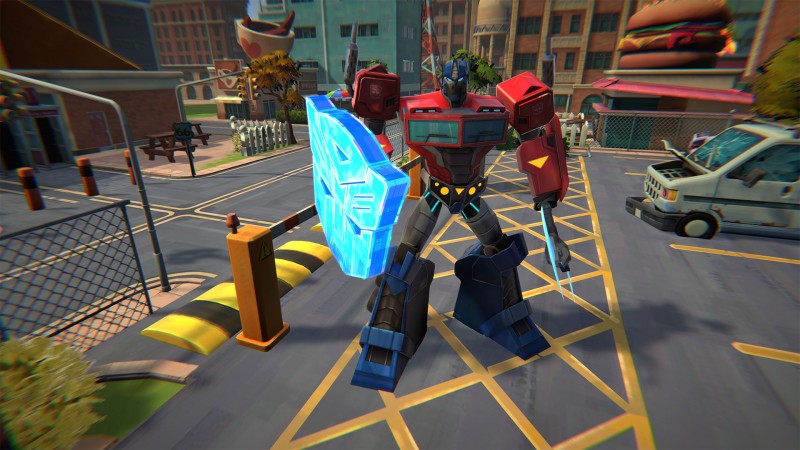 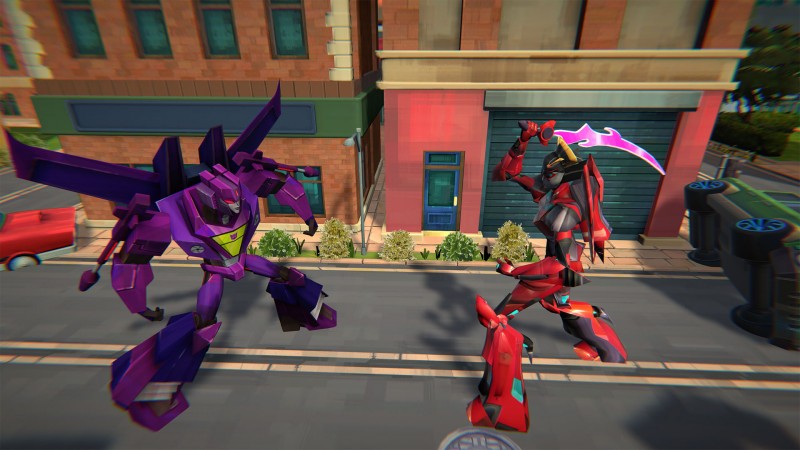 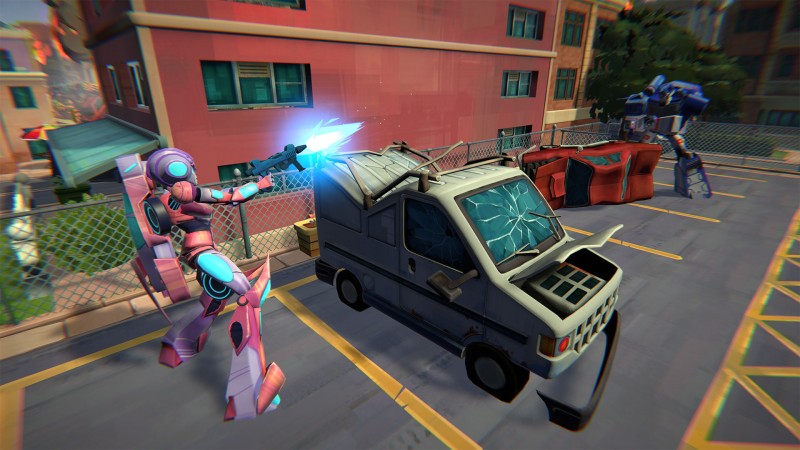 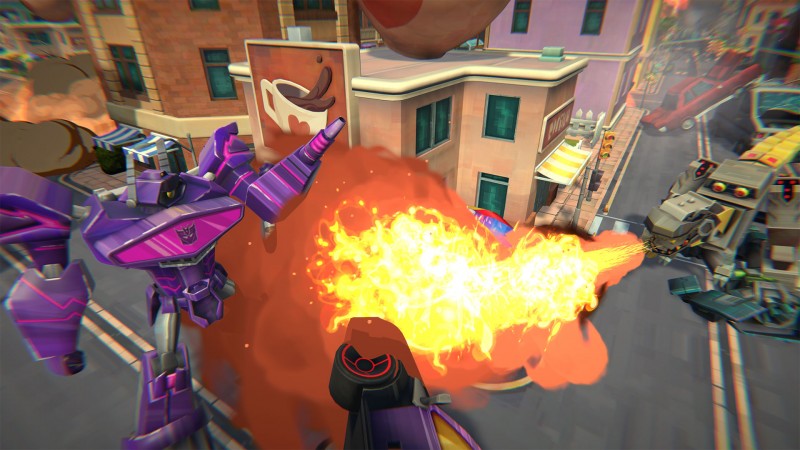