The Witcher 3: A Guide To The Whispering Hillock

Nobody says that The Witcher 3 is a cheery, happy game, and that’s for good reason. Quests like the Whispering Hillock show that the world contained within is actually pretty grim. This mission tasks Geralt with discovering a spirit trapped inside a tree. You’ll have to decide what to do next, and whatever you do, something terrible happens.

Whispering Hillock’s consequences, unfortunately, form one of those lose-lose situations. You’ll have to decide who is more important to help — a group of orphans or a local village.

This quest has a significant impact on the main story of the game, so you’ll want to make sure you’re making an informed choice. Here’s everything you need to know to complete the Whispering Hillock.

How to Start the Quest 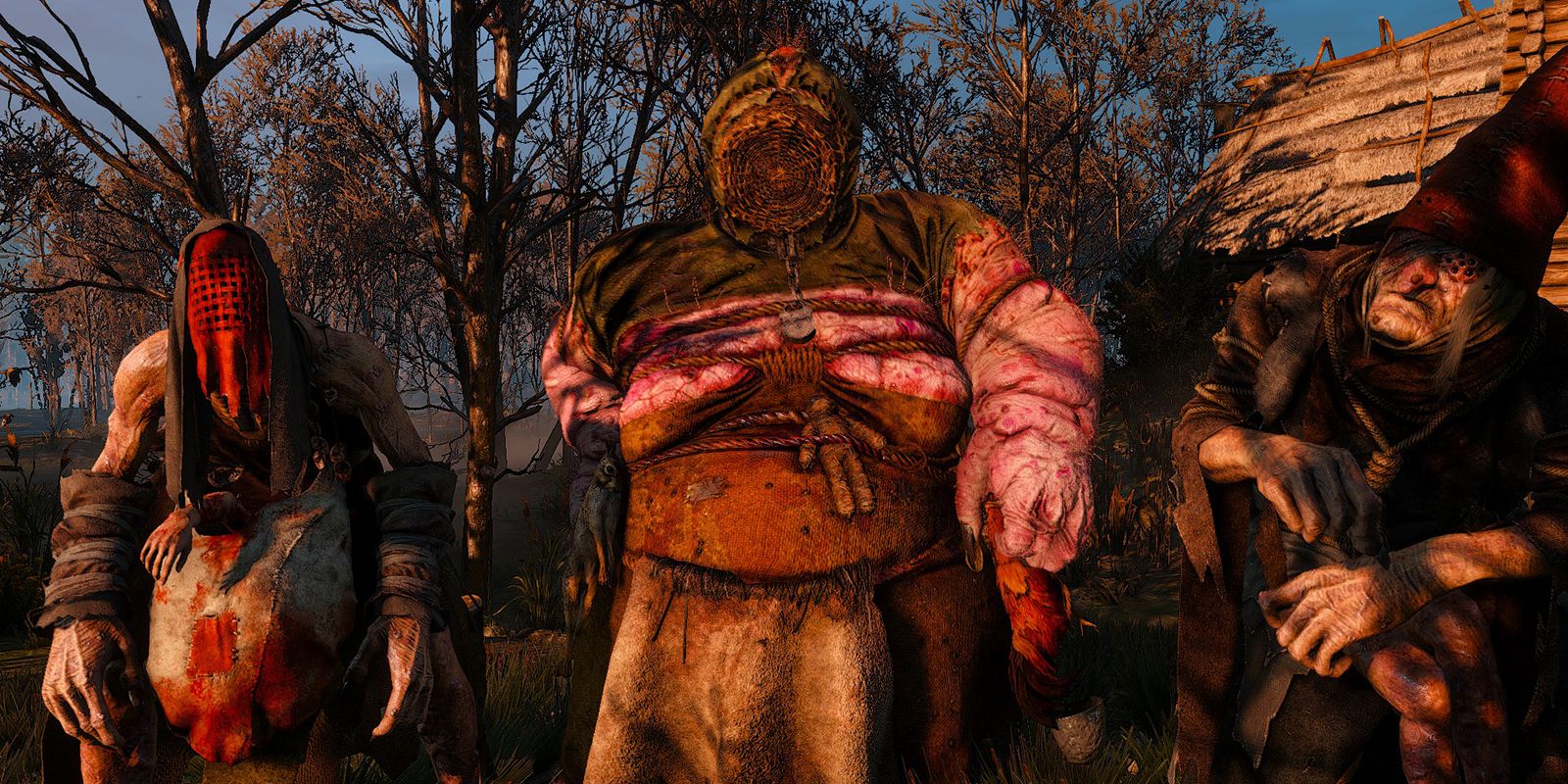 You’ll be able to find and activate this quest while progressing through Velen’s main storyline, following the story of the Baron and the Crones in the nearby bog. You can accidentally stumble upon the hillock early, in which case the game will register this quest as a side quest, but typically you’ll start it as part of the main questline.

After helping Keira Metz in “Wandering in the Dark,” she’ll give Geralt a book that leads to the quest “Ladies of the Wood.” As part of that quest, you’ll meet some orphans and a woman named “Gran.” After completing the objectives of the quest, Geralt will learn that there is an evil spirit inhabiting a nearby tree. This is where “The Whispering Hillock” begins.

Wolves and a Werewolf 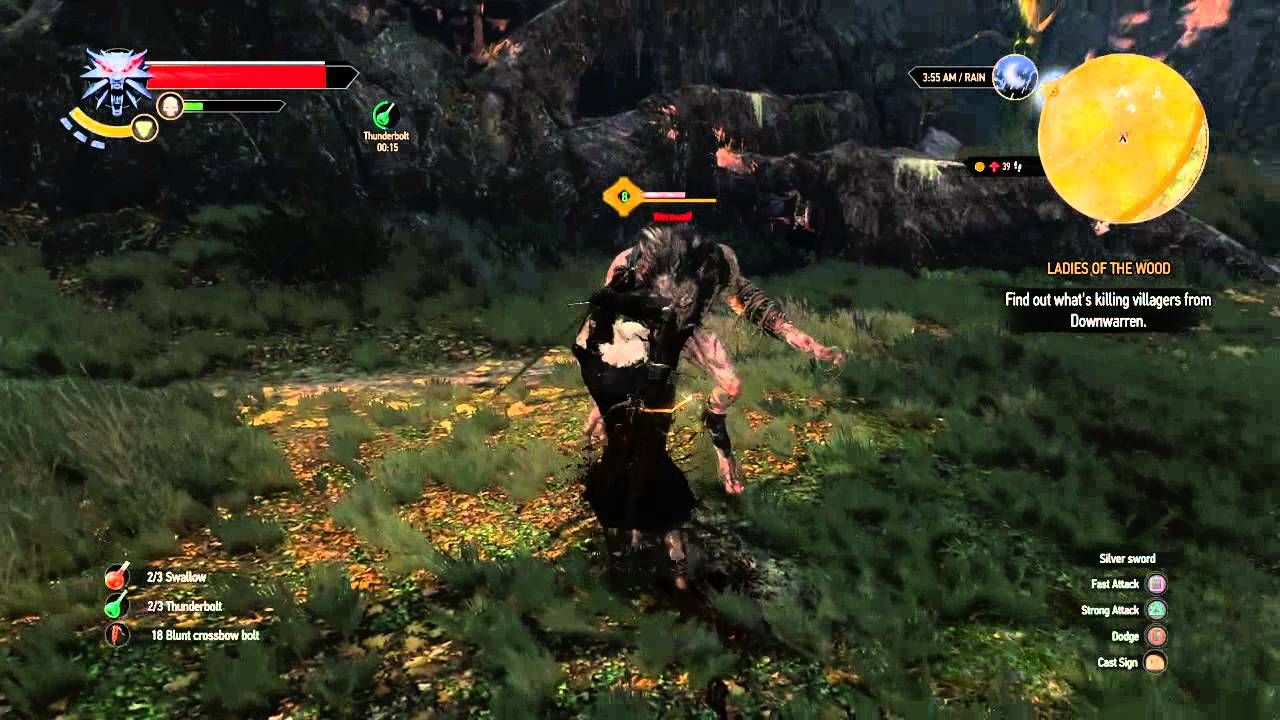 Head toward the supposedly-haunted tree, and there will be some wolves and a werewolf to contend with, while a mysterious voice tells you to bugger off, basically. This combat portion shouldn’t be too hard if you’re the recommended level, but werewolves can sometimes be a bit tricky if you aren’t prepared.

Use some Cursed Oil on your blade, and employ a bit of Axii or Yrden liberally, and the werewolf shouldn’t be too much trouble. You can also try to ignore it, as you’ll only have to fight it if you get too close when trying to enter the cave.

Dialogue with the Spirit 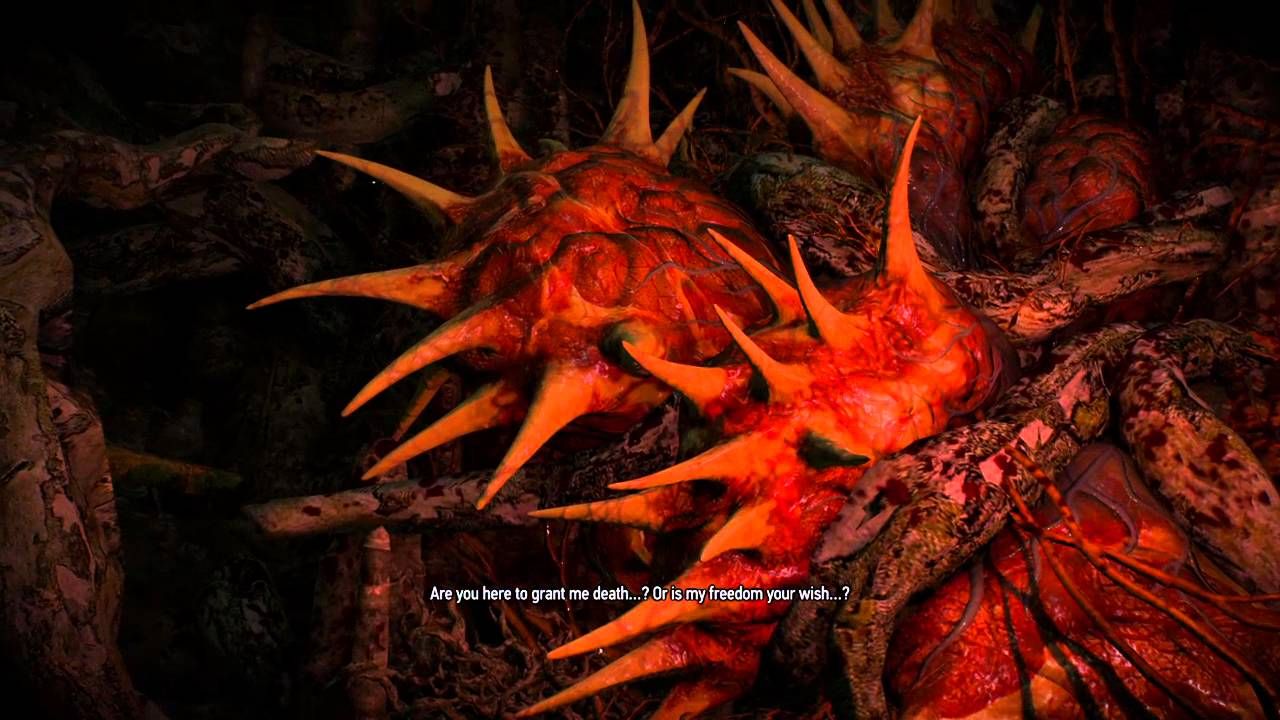 Once you traverse through the cave, you’ll come upon the strange spirit trapped in the tree. If you found this quest as part of the typical route, it’ll tell you about the Crones and the orphans. If you stumbled upon it, it’ll only mention why it was killing the locals without saying much more.

Now, you’ll be presented with some options. What you decide to do next will have a huge influence on the following questline and story, so you’ll have to choose carefully. 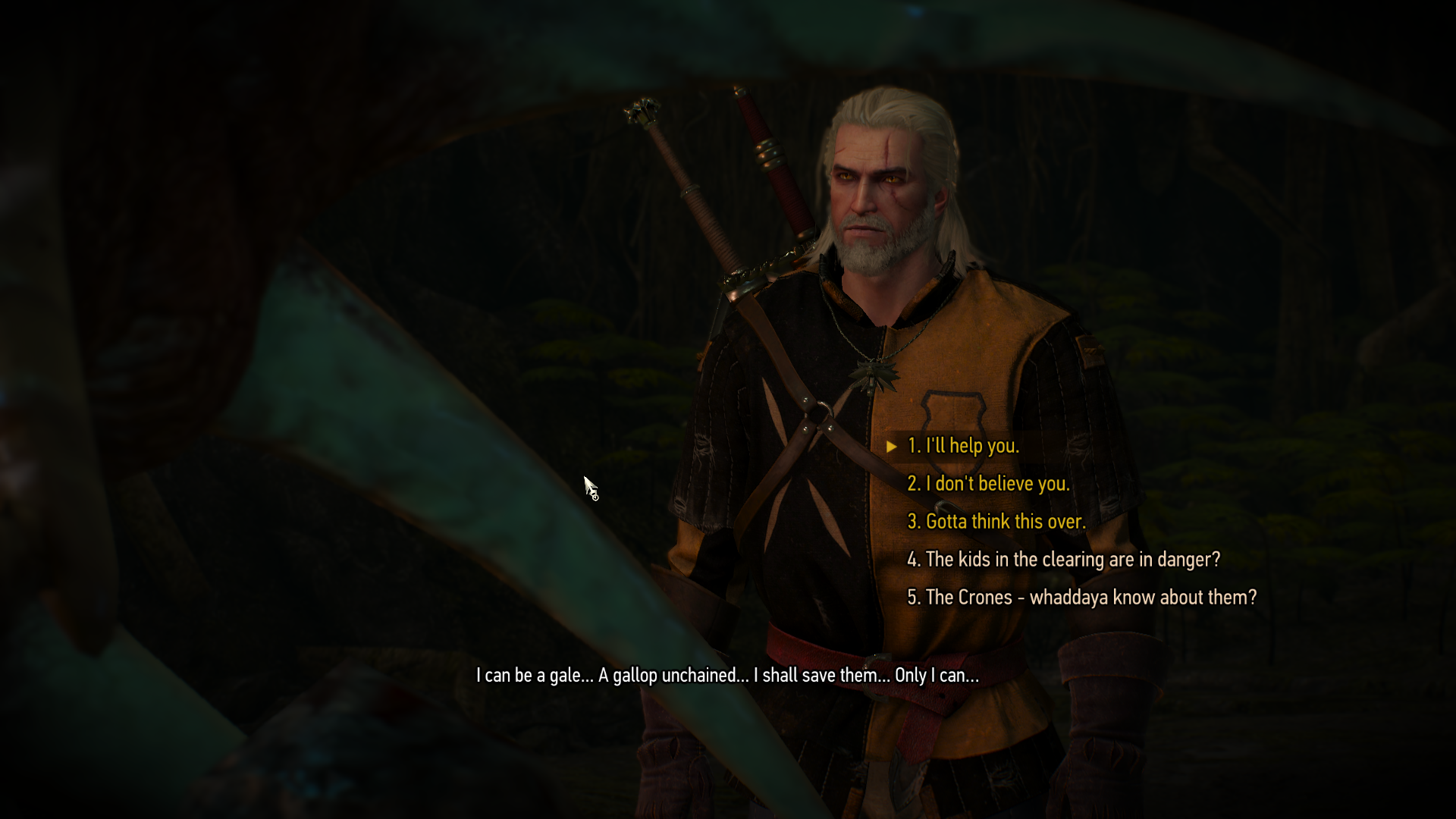 There are basically three choices for what to do next. You can agree to help the spirit escape its entrapment, you can opt for killing it, or you can deceive it.

Each of these decisions comes with some positive and negative consequences, and in order to decide which, you might have to do some soul-searching regarding your own values.

Do you make an active choice to save some innocent children while unintentionally putting many other people to death, or do you sacrifice the children to save the many? It’s an almost-exact replication of the classic philosophical trolley problem. 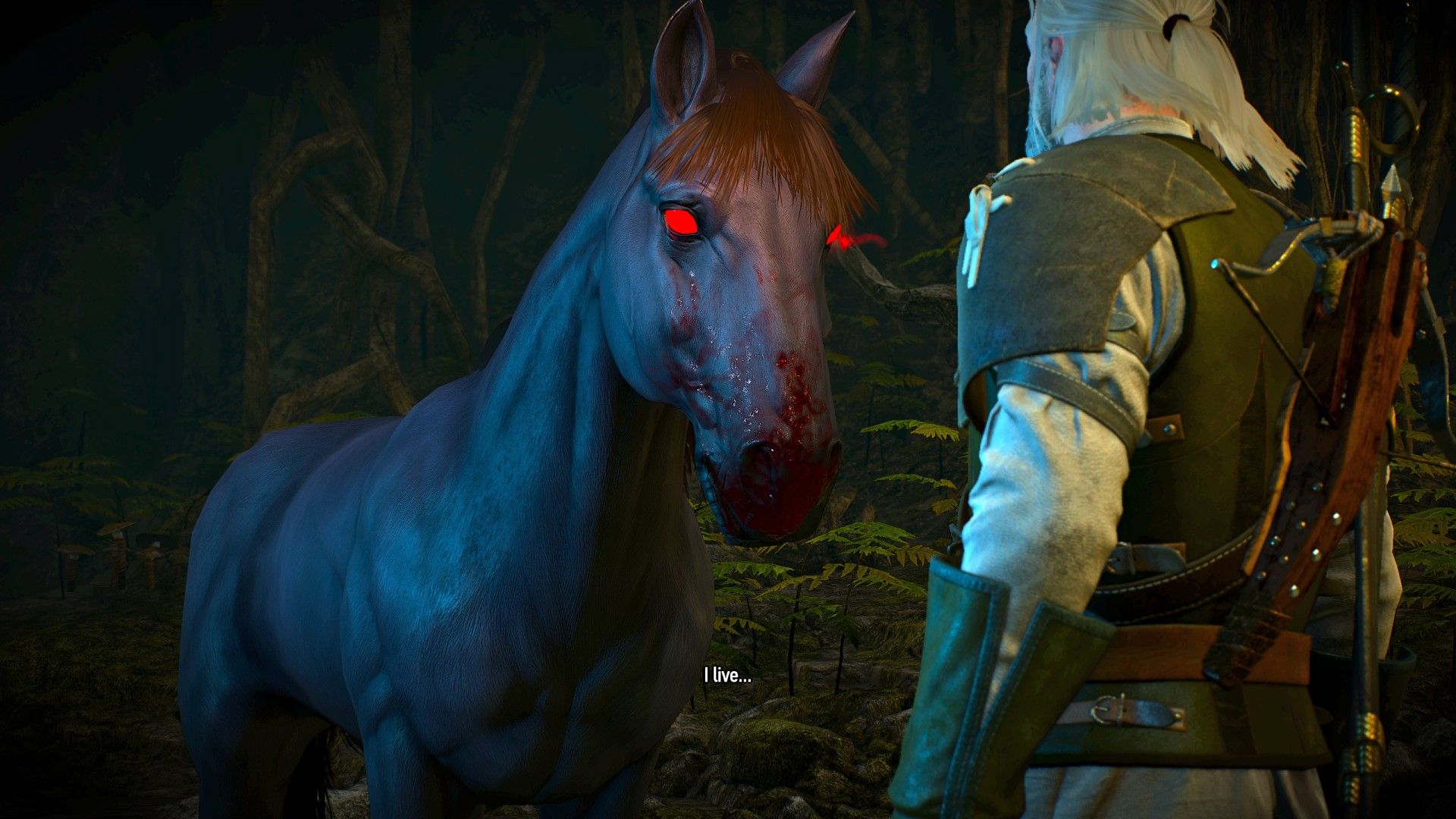 The first choice you can make is to do exactly what the spirit asks of you — free it. You’ll have to gather three things. First, you’ll need a black horse, which you can find nearby by following the objective marker. You can use Axii on one of them to tame it, but be careful, as getting too close too quickly will scare the horses off.

Next, grab a raven’s feather west of Downwarren in a Harpy nest. You might already have this if you helped Johnny in the earlier quest. Lastly, find a woman’s remains near a water hag’s territory in Crookback Bog. Then, return to the spirit. 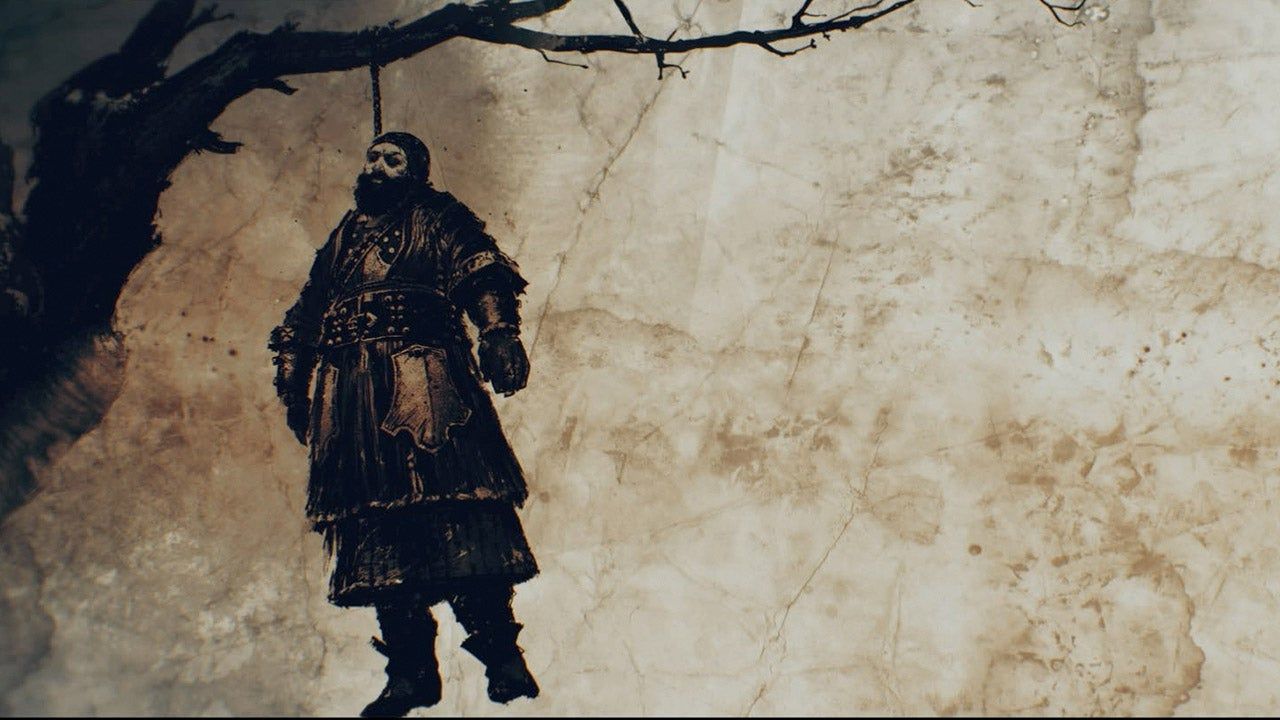 If you choose to release the spirit, it’ll hold up its end of the agreed bargain and whisk the orphans away from the Crones, ultimately saving them from becoming a meal. You can find them later under the care of Marabella in Novigrad.

The Crones will retaliate against Gran (who it turns out is actually the Baron’s wife, Anna) over the outrage from their loss. They’ll turn her into a water hag, and she’ll eventually die. The Baron will then kill himself out of grief over his loss of Anna. Additionally, the spirit will ransack Downwarren, killing almost everyone in the village. 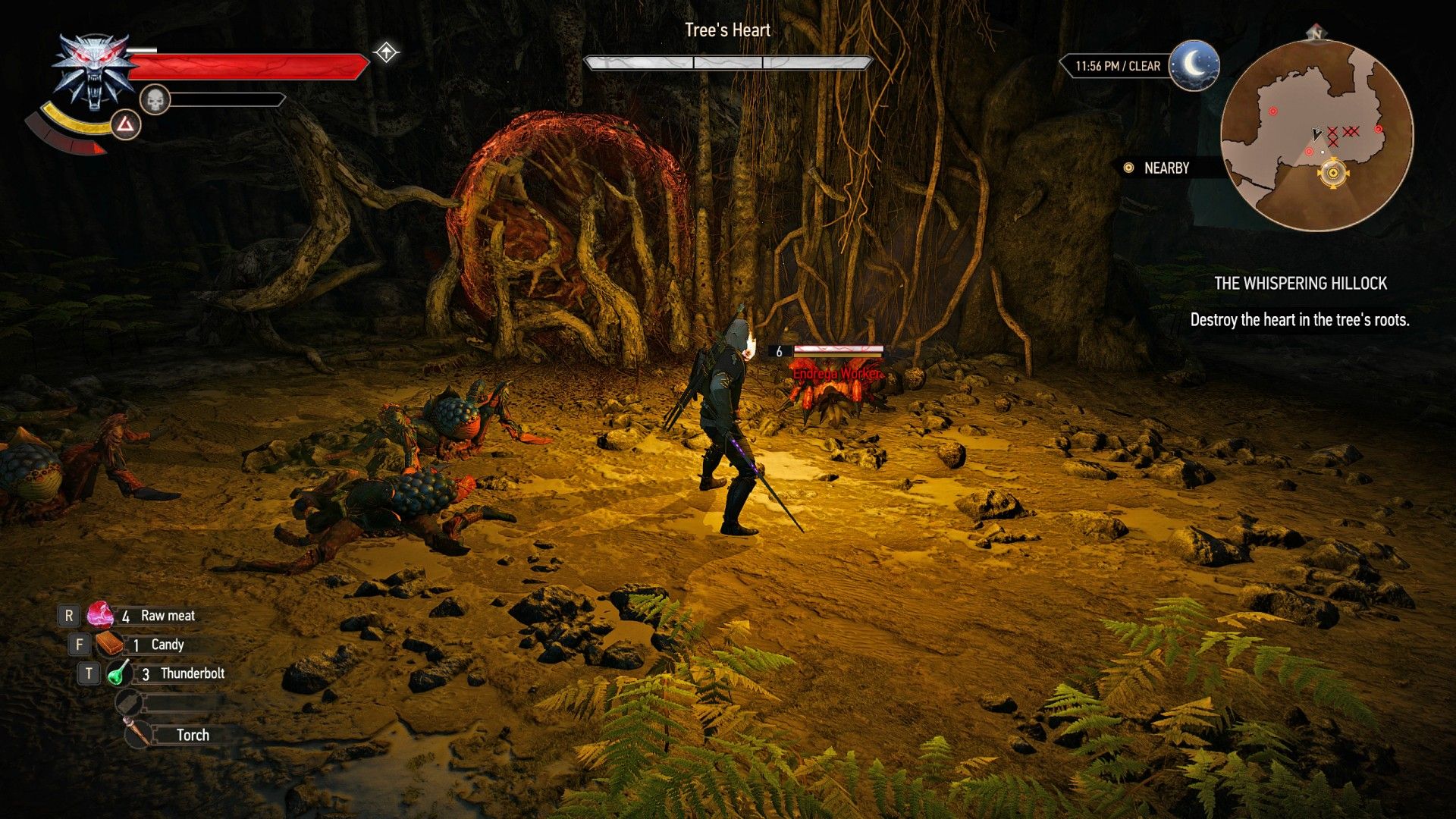 The second choice you can make is to kill the spirit. This can be done upfront before collecting the necessary things to free it, or after you’ve collected them. Either way, it’ll summon Endrega Workers as protection. Once they’ve been dealt with, you can attack the heart directly.

It’s not too difficult of a fight, but you may have some issues. Make good use of Igni and Quen for this one. 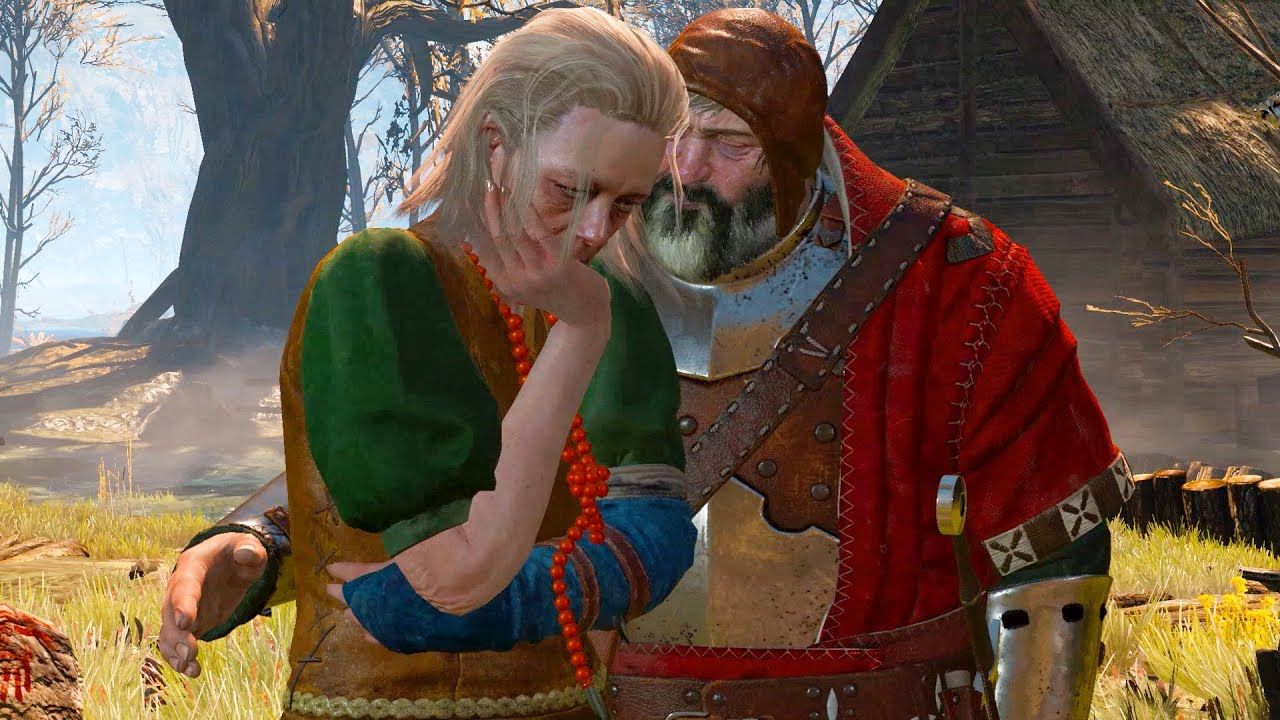 If you decide to kill the spirit, you will save Downwarren from being massacred and the Baron from losing his wife. However, nobody will be there to save the orphans, and the Crones will take them (and most likely eat them).

Anna will finally lose what’s left of her fragile mind and go insane over the loss of the children. The Baron will whisk her away, out of Velen, to seek mental health help. Downwarren will also be safe and free to continue worshipping the Crones. 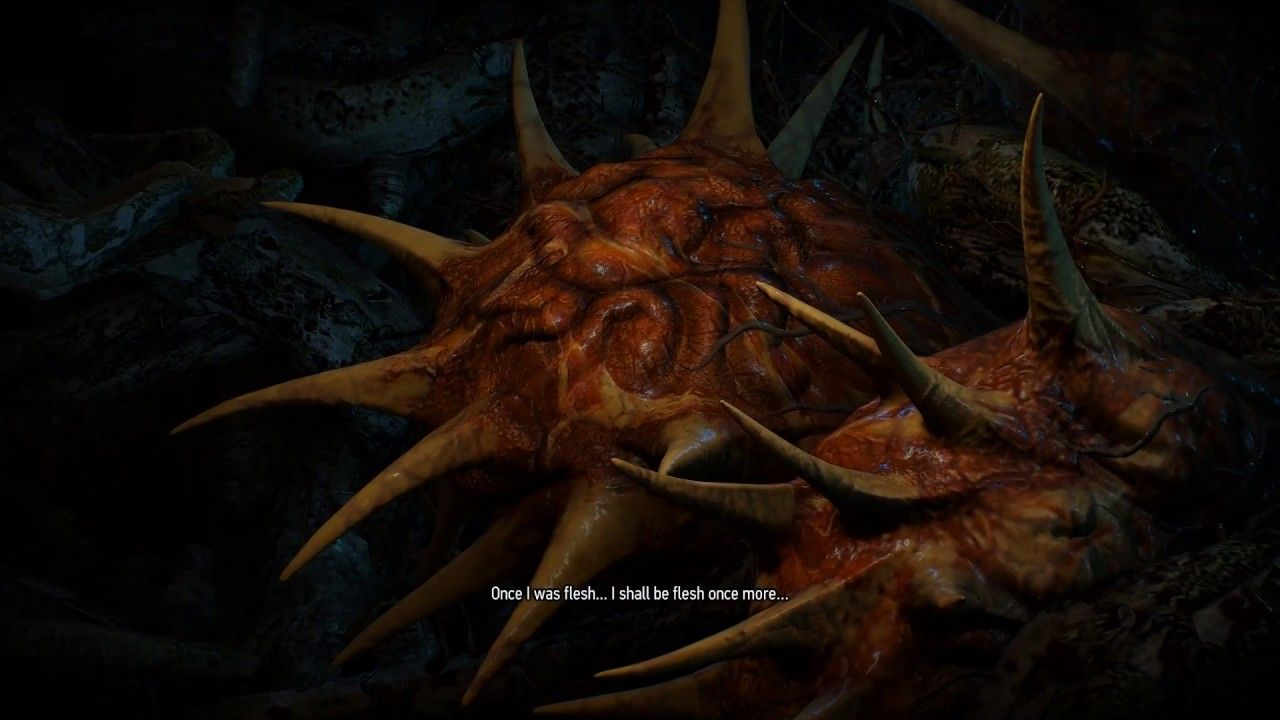 There is a third option, though. Geralt can opt to trick the spirit, avoiding having to kill it through combat. Once you’ve gathered the ingredients necessary for freeing the spirit, you can choose not to stab the heart and complete the ritual.

The spirit will die and the quest will finish, and you won’t have had to unsheathe your sword. 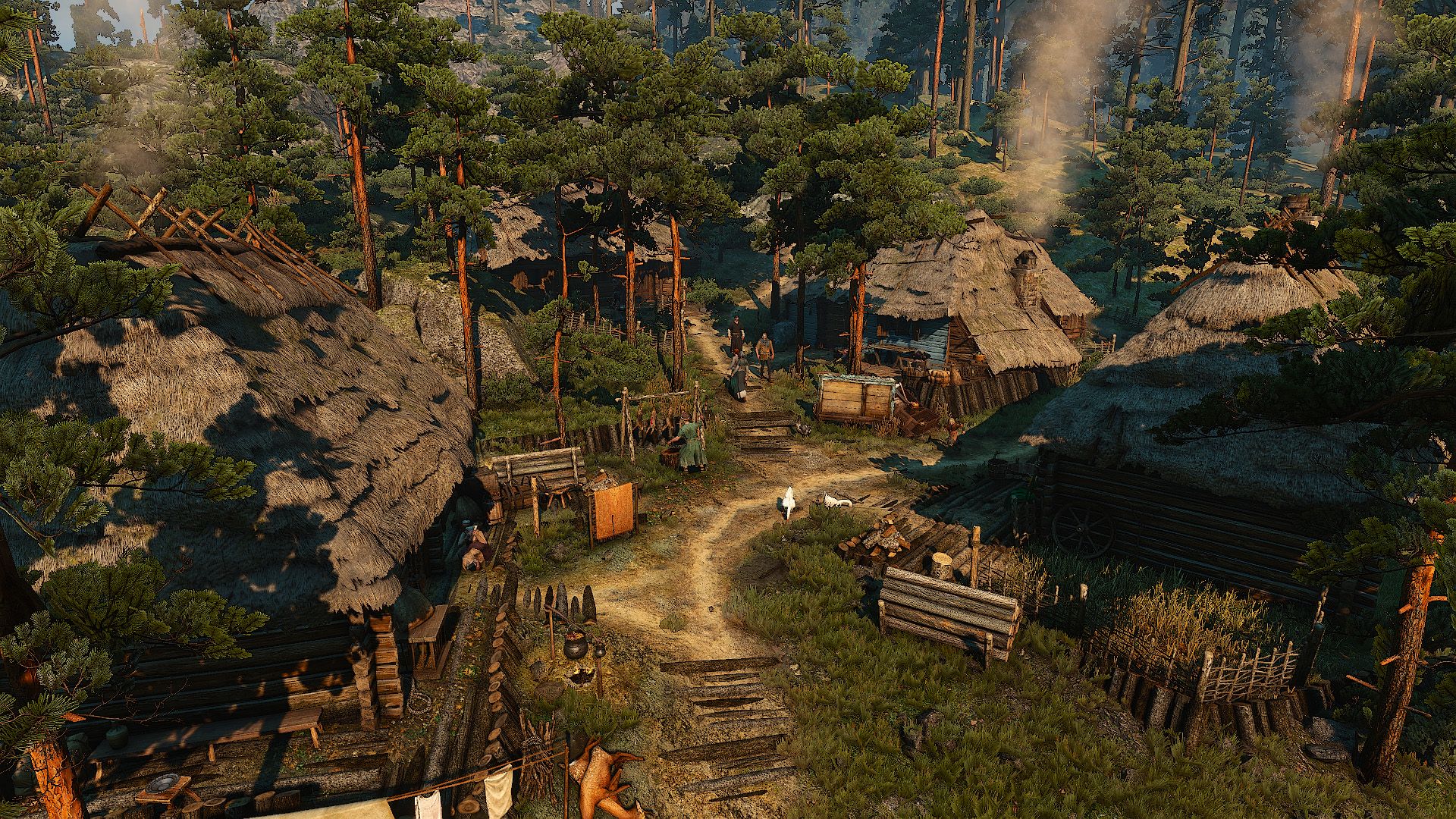 If you aren’t pleased with the trolley problem presented from the first two choices — save some poor orphans but sacrifice an entire village, the local ruler, and his wife, or save the village the couple while putting some innocent children to death — you might be happy to learn there’s a third option.

However, the consequences of tricking the spirit aren’t much better. The same things will happen as if you killed the spirit through combat, as it won’t be alive to save the orphans. The Crones will still eat them, Anna will still go insane, and Downwarren will still stand. 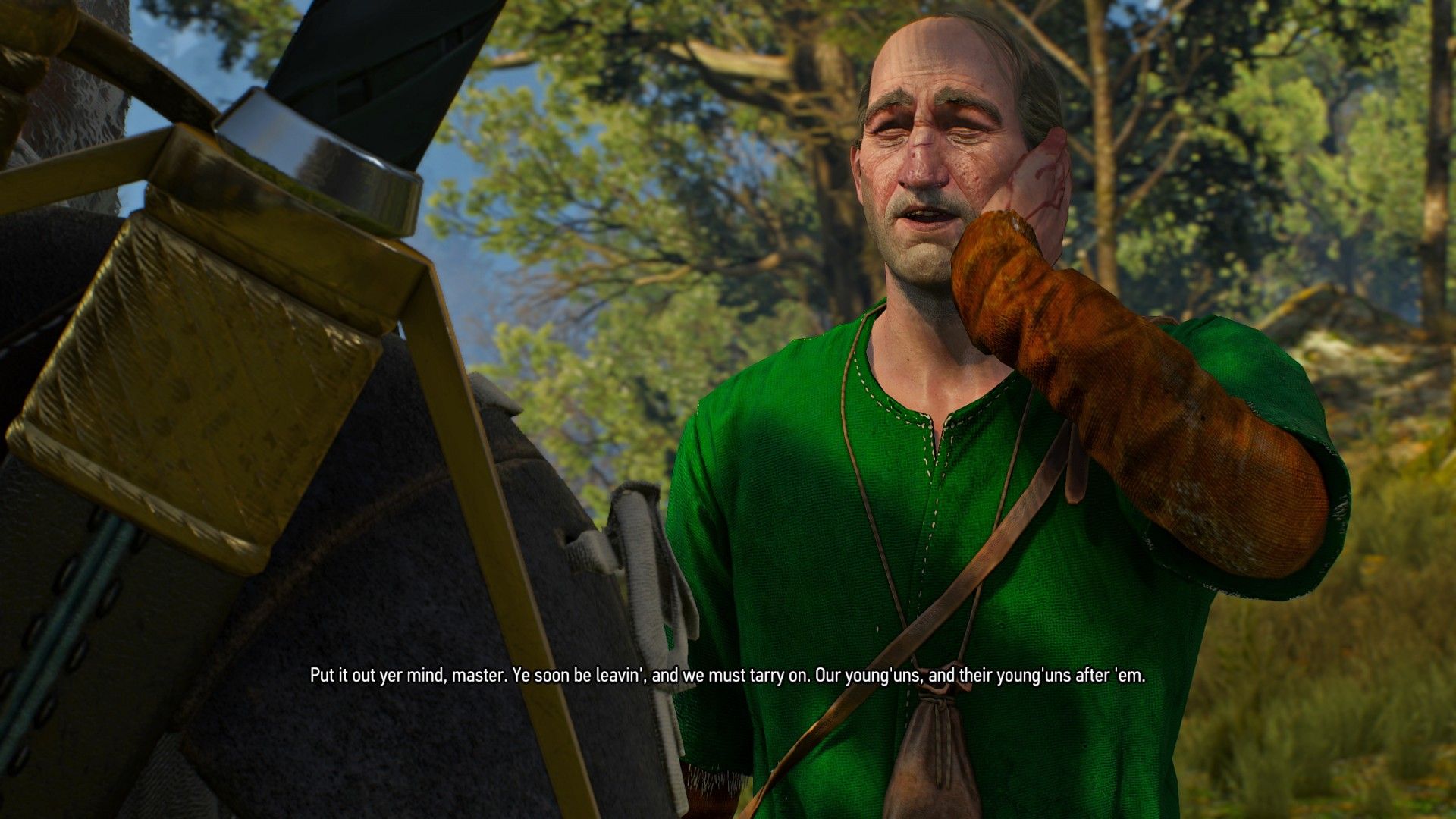 Regardless of which choice you make, there are some other important things to note about this quest. Consulting the ealdorman in Downwarren is an important step, and if skipped, can cause some weird consequences to occur. If you don’t talk to him before the spirit dies (either through combat or tricking it), the normal “the spirit is dead” consequences take place.

However, if you opt to free the spirit and haven’t spoken to the ealdorman yet, weird stuff happens. Downwarren will still be destroyed, but Anna will not be turned into a water hag. Ensuing dialogue will suggest that the orphans were saved, but they won’t be in Novigrad at Marabella’s like they would be if you did the quest the suggested way, implying that they maybe weren’t saved.

Additionally, regardless of your choices, the Baron will no longer rule at Crow’s Perch, either because he killed himself or because he fled the region with Anna to find her help. His Sergeant, Ardal, will take over. He’ll rule with a harsh iron fist over the region, unfortunately. Again, nobody said this was a cheery game.

NEXT: The Witcher 3: Every Mini Ending You Can Get Throughout The Game (& How To Get Them) 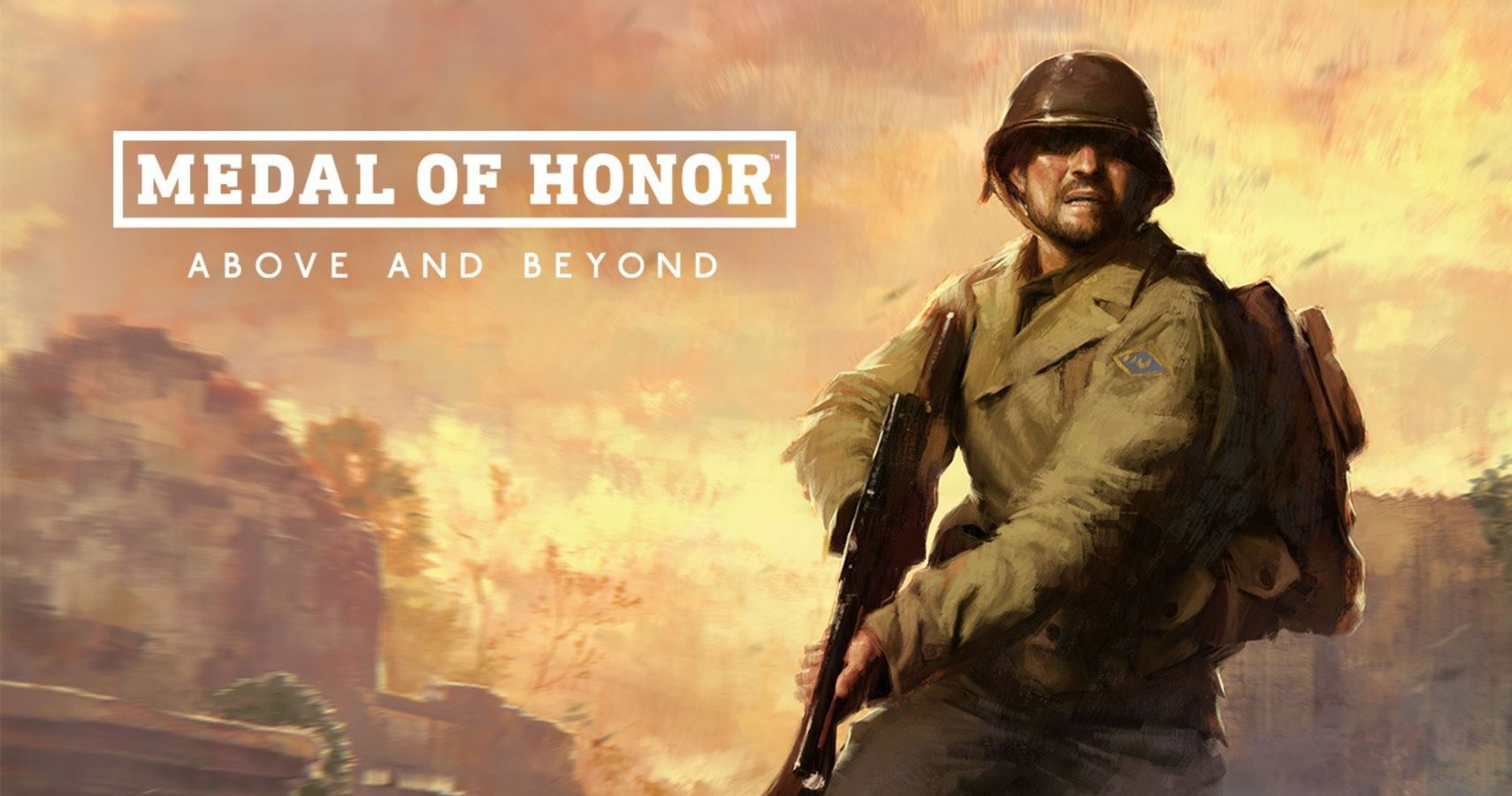