Things That Make No Sense In Weird West

Most things in Weird West make zero sense, like how Outhouses are suspiciously clean, and killing is perfectly fine so long as the person you murder is worse than you. There’s also the moral debate of whether bounties are worth the bloodshed, but how else would you earn an excessive amount of money?

Strange elements form the Weird West, they are what make the game feel complete, which is perhaps why there’s an overabundance of these wacky occurrences. There are some parts of the game, however, that break down the barrier of strangeness and instead deliver things that don't quite make sense. 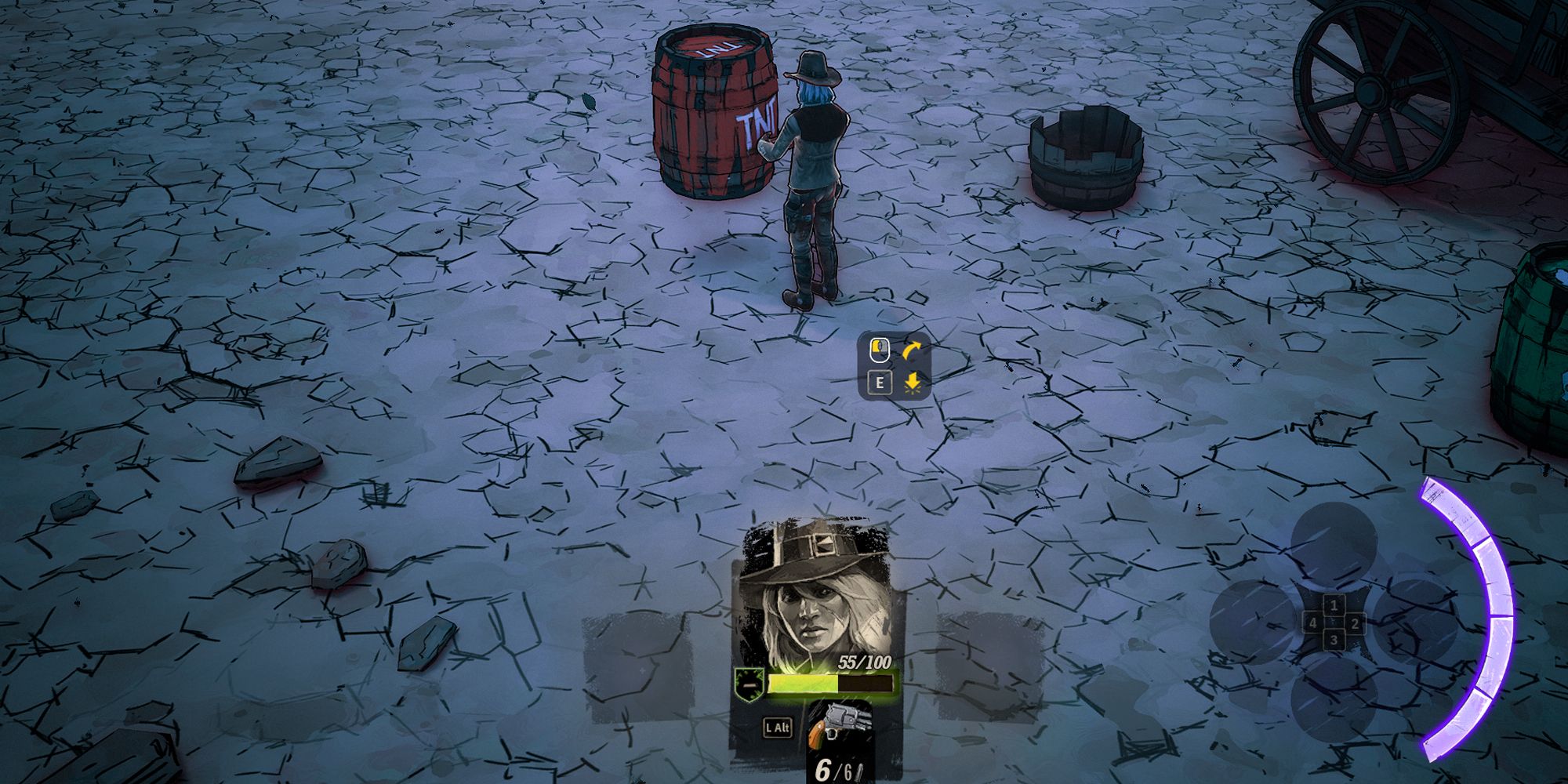 One of the first things you’re taught in the Weird West is how you can carry items and place them elsewhere. Say you decide to do this with a barrel of TNT or some acidic substance; it wouldn’t be the wisest real-world decision as you’d most likely be having an awful time afterward. If you carry something like this in Weird West, you’re good to go so long as no one shoots at you while holding one of these barrels.

Barrels can be kicked out of the way and then shot to deal damage in its area of effect – a valuable tactic for enemies huddled together. Though it’s a little weird how this is the only time they prove dangerous, since holding them is completely safe.​​​​​​​

7 Sleeping In Other People's Beds 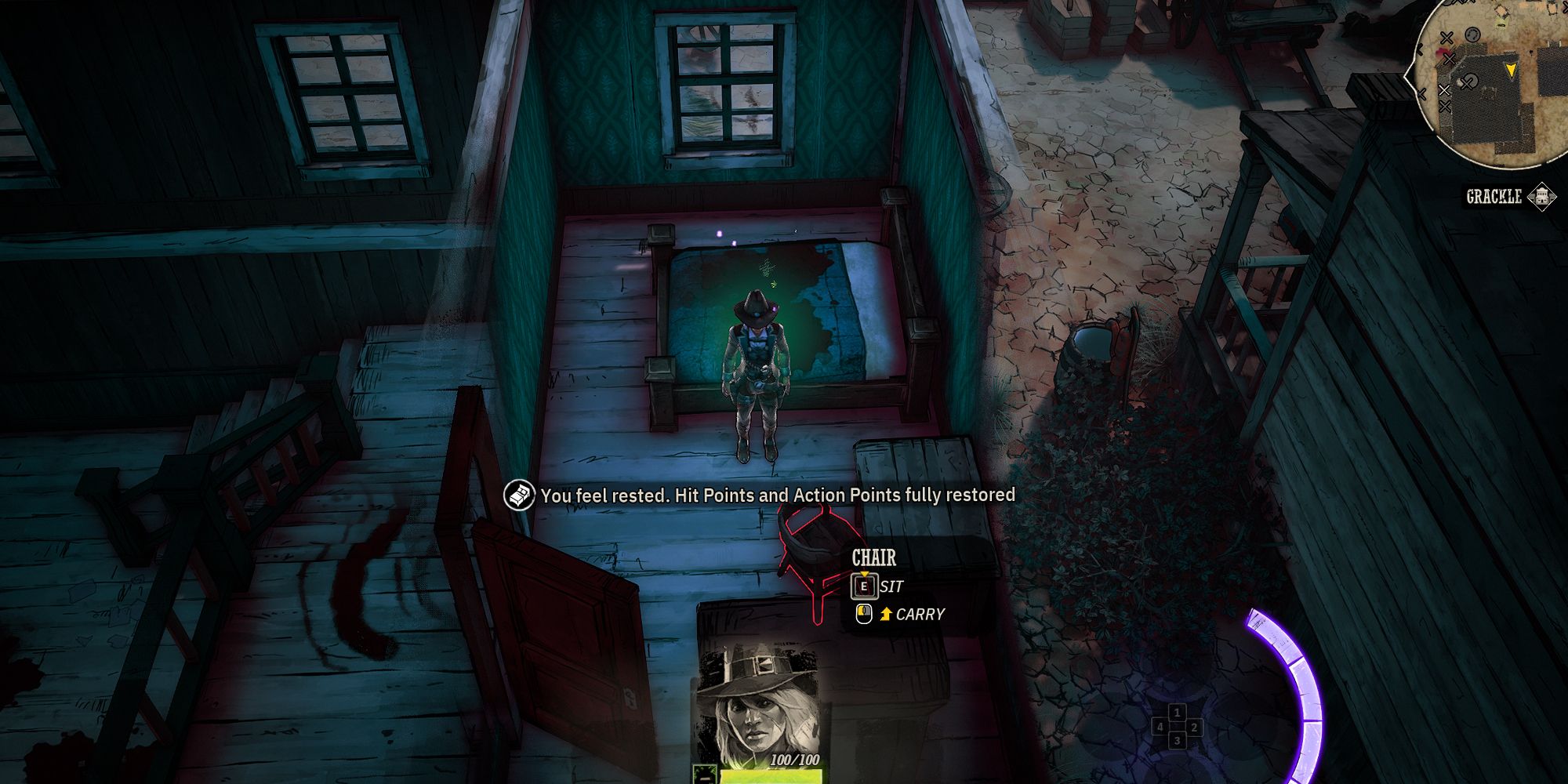 Most of the time, when you try to sleep in a bed in the game, you're perfectly fine, even if it's in someone else's house. Although, this isn't the case for all beds – as sometimes a text box will appear stating how the bed doesn't belong to you – it's very common to find yourself able to rest in a place ytou really don't think you should.

Entering someone's house or a camp they've set up without permission is bad in itself, but then proceeding to make yourself comfortable under their bed covers is a step too far, though you have the opportunity to do this many times in Weird West. Try it out for yourself. Often you won't need to pay for a room or set up camp because you can just steal someone else's living quarters.

6 Cacti Being The Fix All For Every Wound 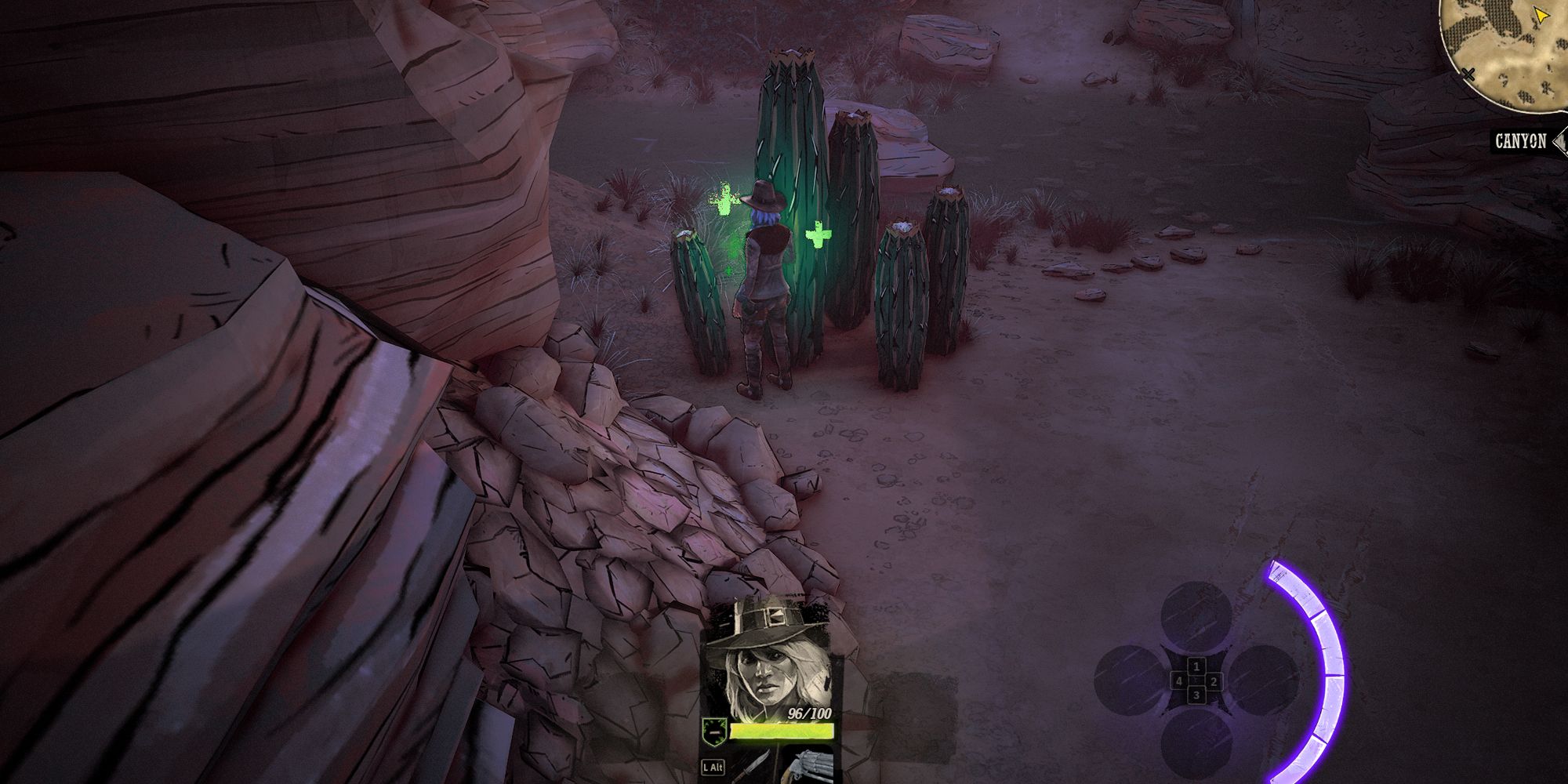 Cacti are everywhere. Every corner you turn, you’ll see at least five different cacti plants, so you’ll never have a problem with being able to find them. For a small amount of healing, you can drink the juice from the cacti or eat the fruit from others. Eating from a cactus will heal everything from minor paper cuts to gaping bullet wounds that should definitely have killed you by now.

If you have no bandages leftover or food to cook into a meal, just look around for a cactus. It'll fix you right up.

5 Why Are People Terrible At Checking Their Mail? 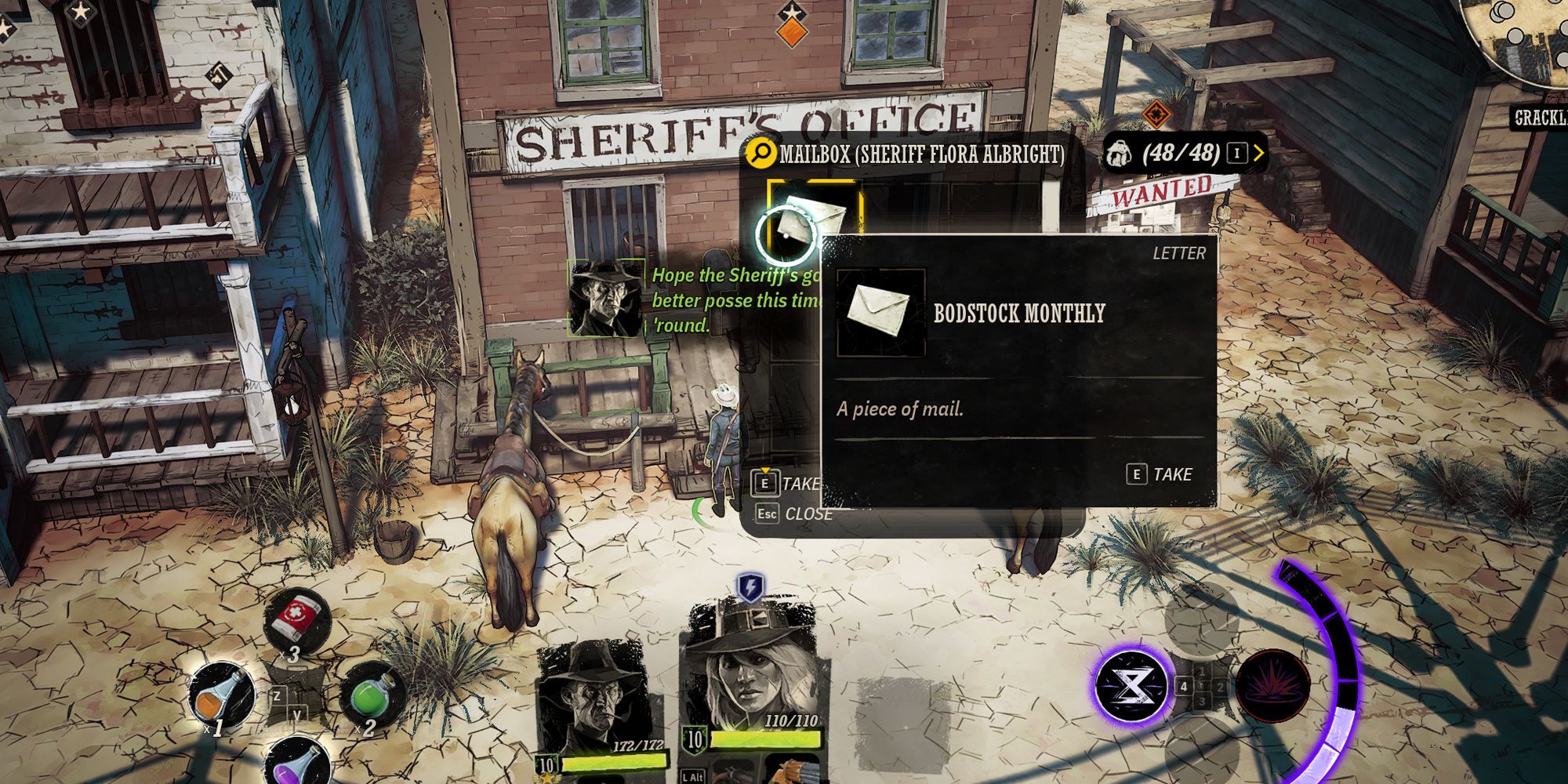 The answer to this could just be who has the time to be worrying about mail with everything else going on in the Weird West? Any news worth knowing would be printed in the paper for anyone to see, and most mail duplicates meaning one person may get the same mail as someone from another city.​​​​​​​

Though with how few times Weird West's NPCs check their mail, you have a higher chance of reading it than they do. That is unless everyone with a mailbox has the strange habit of throwing their read mail back into the box.​​​​​​​

4 Resting In This Bed After Finding Your Husband 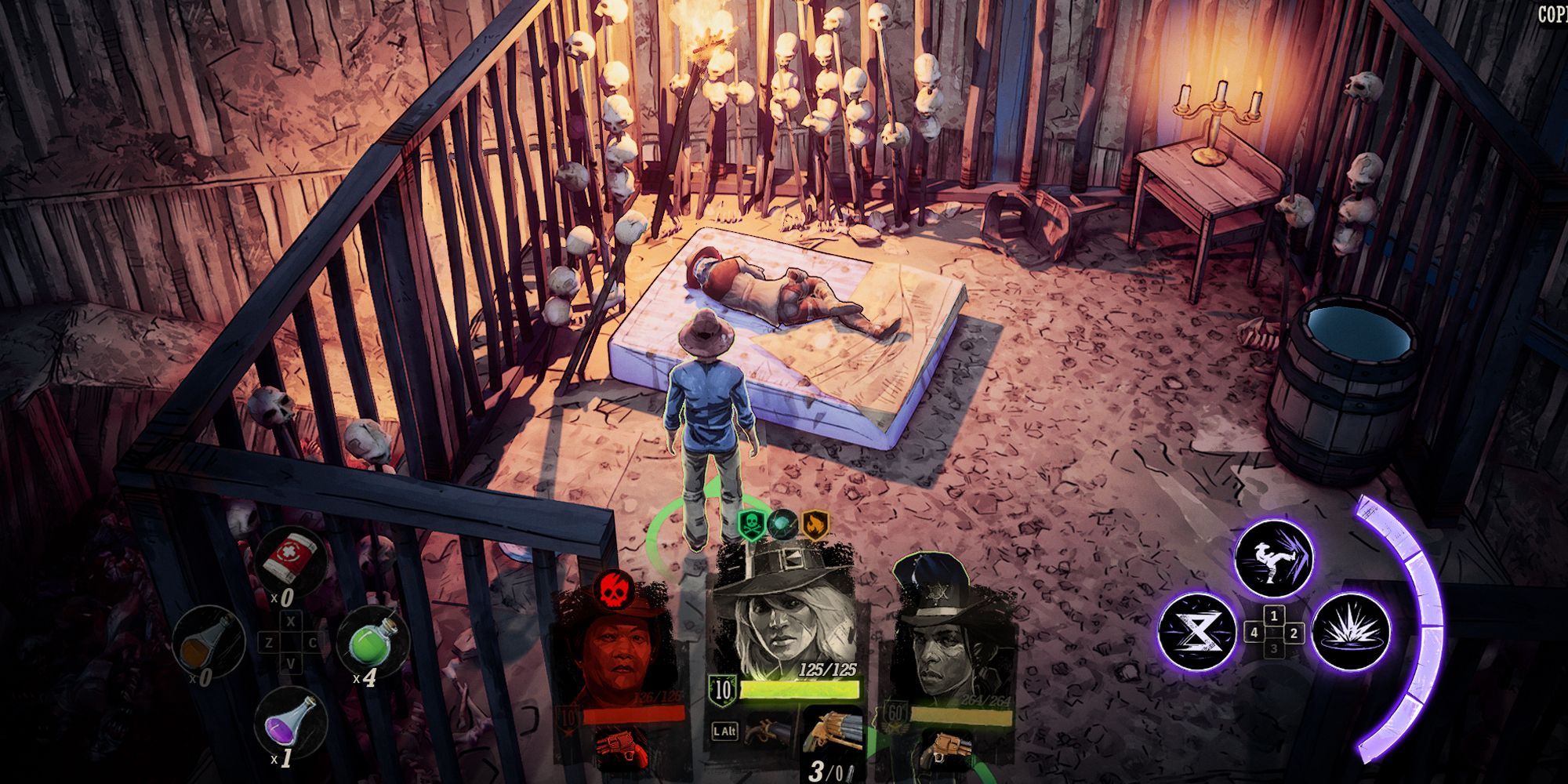 Jane Bell has had a tough time during her episode in Weird West. Every mission she’s taken on has been to find some string of evidence on her husband's location, and once she uncovers this and finally gets back to her husband, she’s understandably tired. So tired, in fact, that you can let Jane take a short eight-hour nap in a bed in the cage her husband has been imprisoned in this entire time.

Yes, people could come back to finish the job of her husband, and yes, there are two others in Jane’s party who really just want to get home, but Jane needs a little rest, and she’s earned that much.​​​​​​​

3 Food Healing Everyone In Your Posse, But Not Always 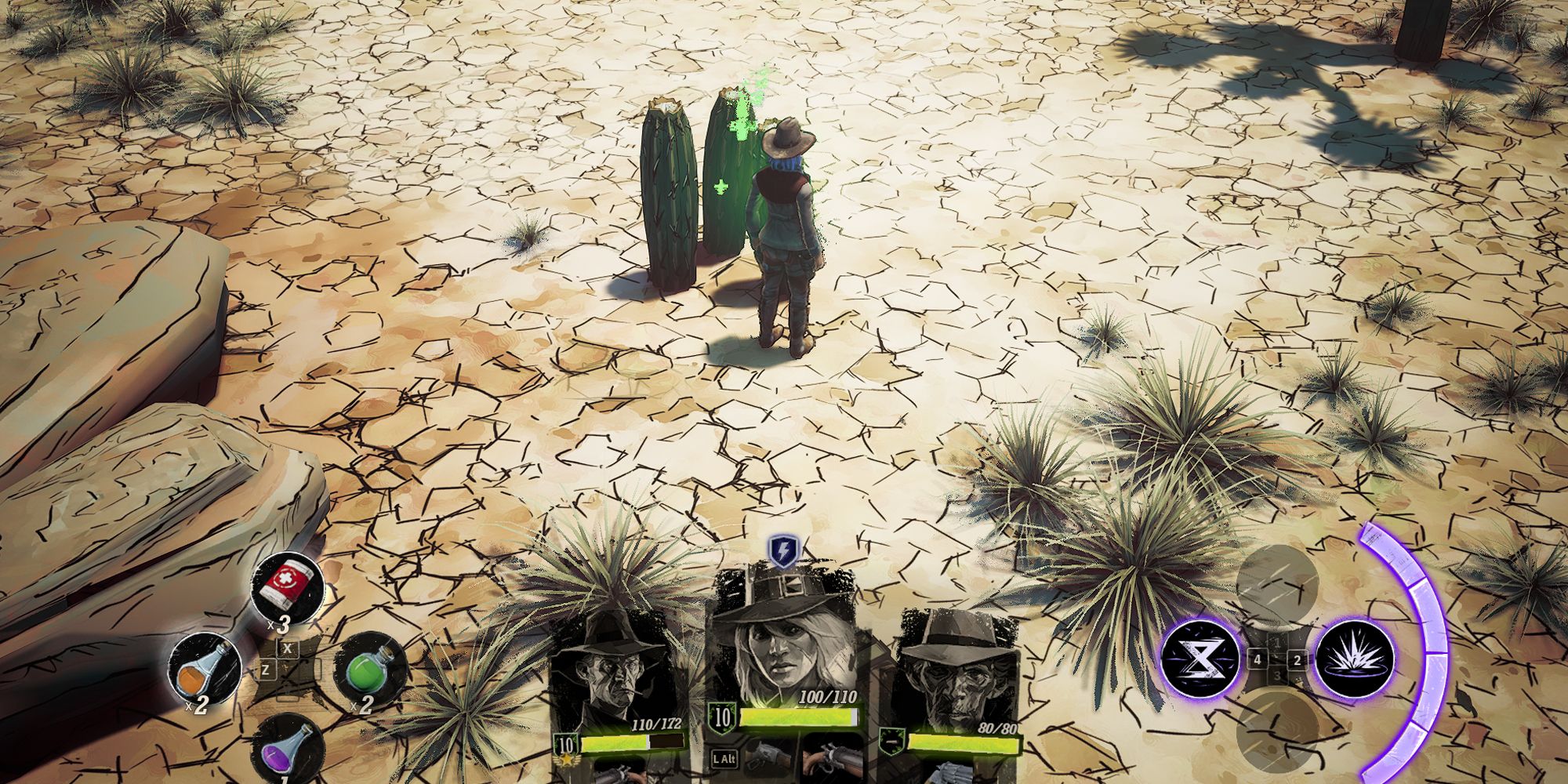 When playing as a Pigman or a Werewolf and deciding to chow down on a body, it won’t also heal the others in your posse since not many of your friends are into cannibalism. However, eating anything else like the fruit from a cactus, eggs, or meat will heal you and the others in your party.

The animation only shows your character eating or drinking from a water barrel, for example, though magically, it works to heal up your friends too. Psychic eating is definitely a new thing for the Weird West (we think), but it comes in handy since not everyone can be in the same place all the time.​​​​​​​

2 How Friends For Life Find You 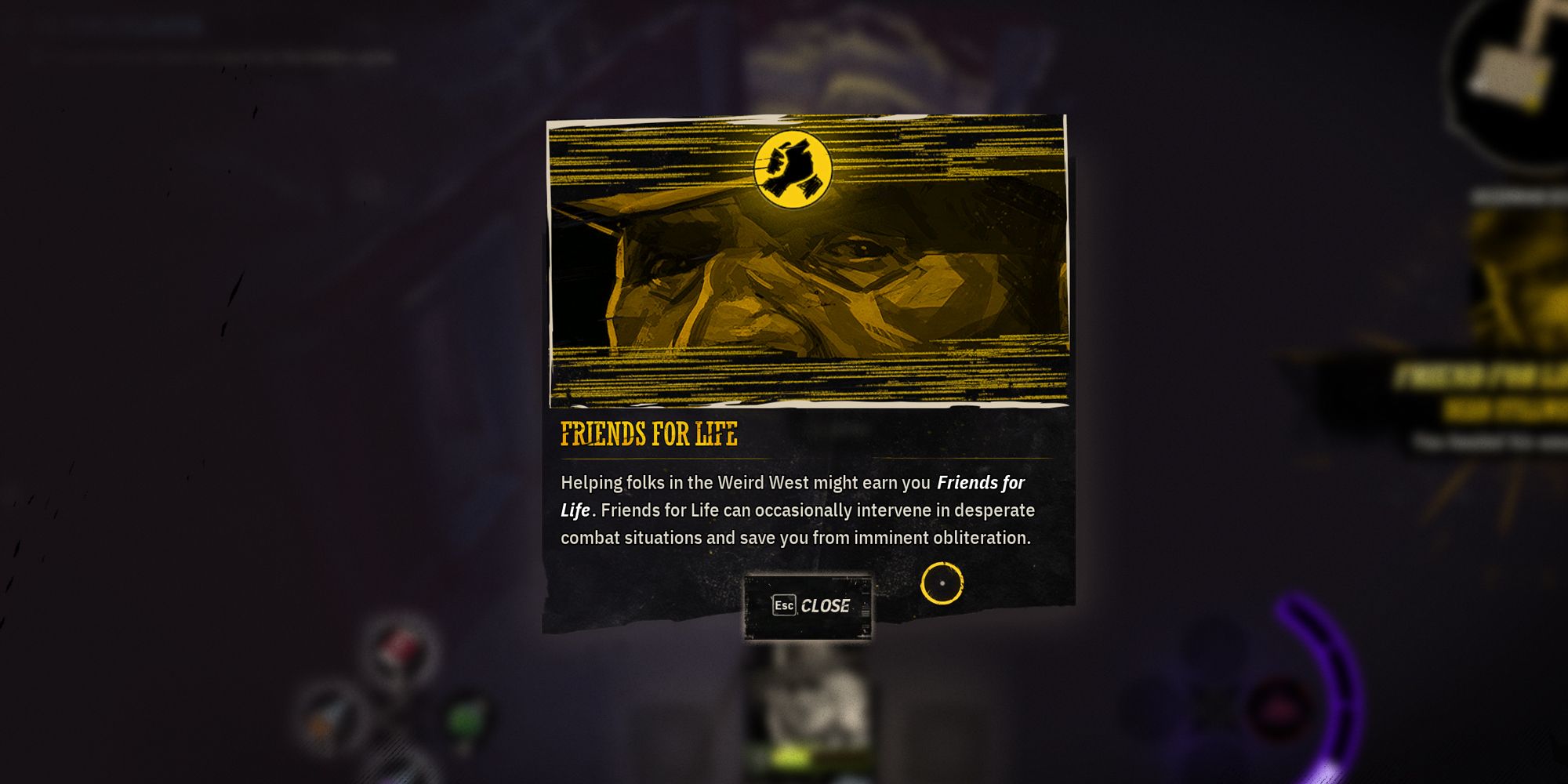 Making friends in the Weird West is a must. You never know when your enemies might overwhelm you (which usually happens at the worst possible moment). By completing side quests or traveling with gunslingers and bounty hunters in your posse, you’ll form a connection with them, making them a so-called “Friend for Life.” These friends can appear during any mission and will help you out in combat.

But how do these friends find out where you are? You could be halfway across the map from them, and they still have the chance of heading into combat to help you. It’s a neat mechanic since this can save your hide, though it makes these friends seem like they can go head-to-head with The Flash. 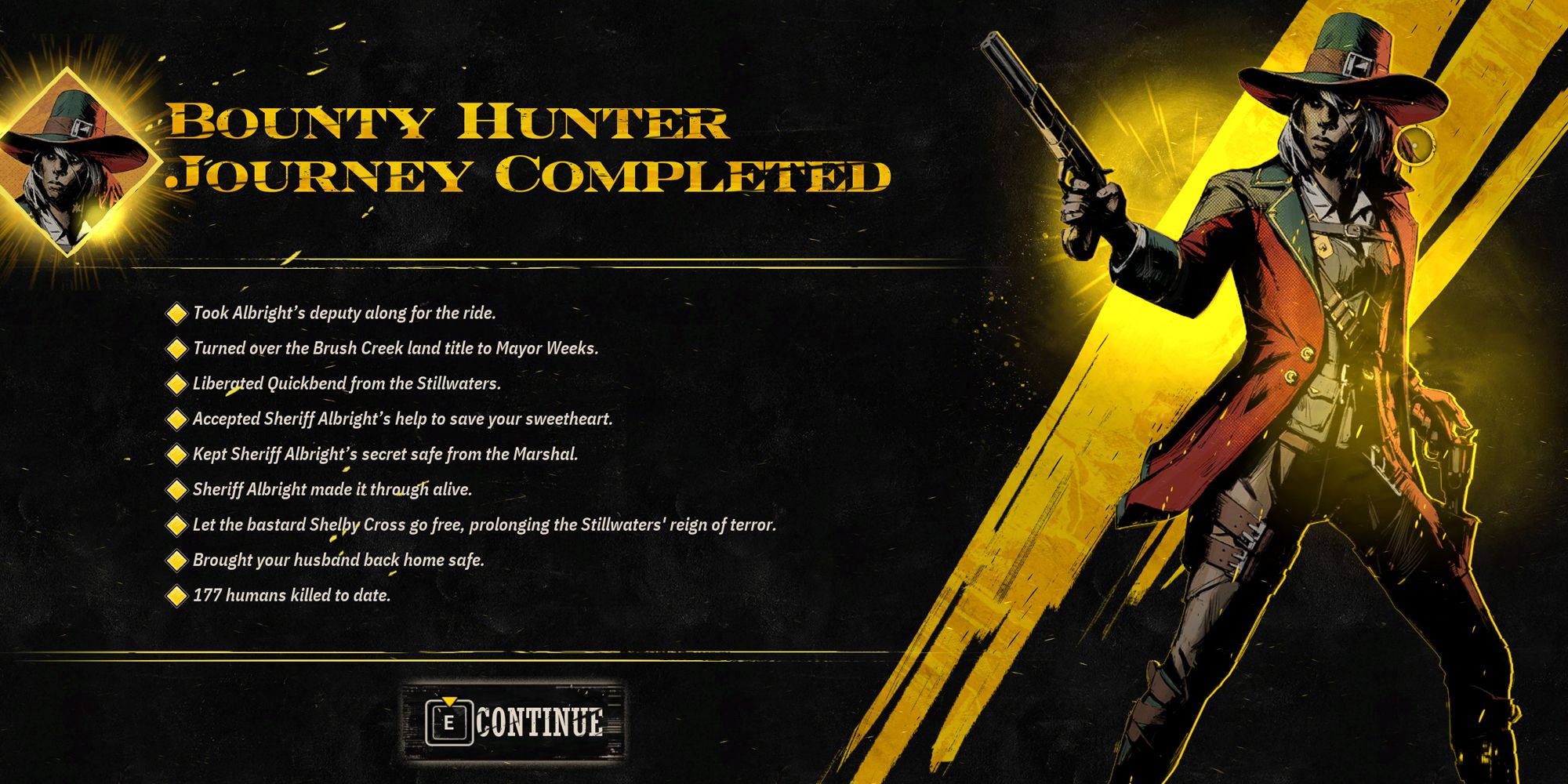 People threatening you is akin to the stupidity of when NPCs threaten the Dragonborn in Skyrim. We still don’t know why any villagers feel like they can go toe to toe with one of the most powerful beings in the Skyrim universe, which is a sentiment that also pertains to people of the Weird West.

Once you get close to the end of an episode in Weird West, you will have completed enough quests to either be revered for your brutality when taking down enemies or for your kindness and loyalty to your posse. So why everyone still gangs up on you, threatening to rob or even eat you, is strange. Especially when you then proceed to take them out at light speed.