This week in games: Borderlands 3 teased for PAX East, Dwarf Fortress is coming to Steam

Let’s be real, nothing in this news round-up is going to top the stories we already wrote up this week:Halo is coming to PC againafter 15 years, and Valve’s letting youstream PC gamesto your phone or laptop while you’re away from home. Those are both huge stories. What’s left? Comparatively minor.

But Dwarf Fortress is coming to Steam, Gearbox is teasing two game reveals at PAX East later this month, someone recreated Star Wars: Episode I Racer in Unreal 4, the Rising Storm devs are creating a new shooter set in an alt-history Cold War, and Doom has another terrible movie adaptation coming up soon. Like seriously, so bad Uwe Boll could’ve directed a better film.

No freebies this week, but I do want to highlight one of the best Humble Bundles in a while—at least, if you’re a strategy fan. The Humble Strategy Bundle 2019 is packed full of games, including Offworld Trading Company and Stellaris, but the real coup is at the top. Paying for the $15 tier nets you a copy of Civilization VI which, while not people’s favorite Civilization, is still a bargain at that price.

If there was any remaining doubt, Gearbox squashed it this week: Borderlands 3 is almost certainly being announced at PAX East later this month. All we have to go on isa street signwith some vaguely Borderlands-esque paint scrawls on it, but uh, come on. It’s Borderlands. 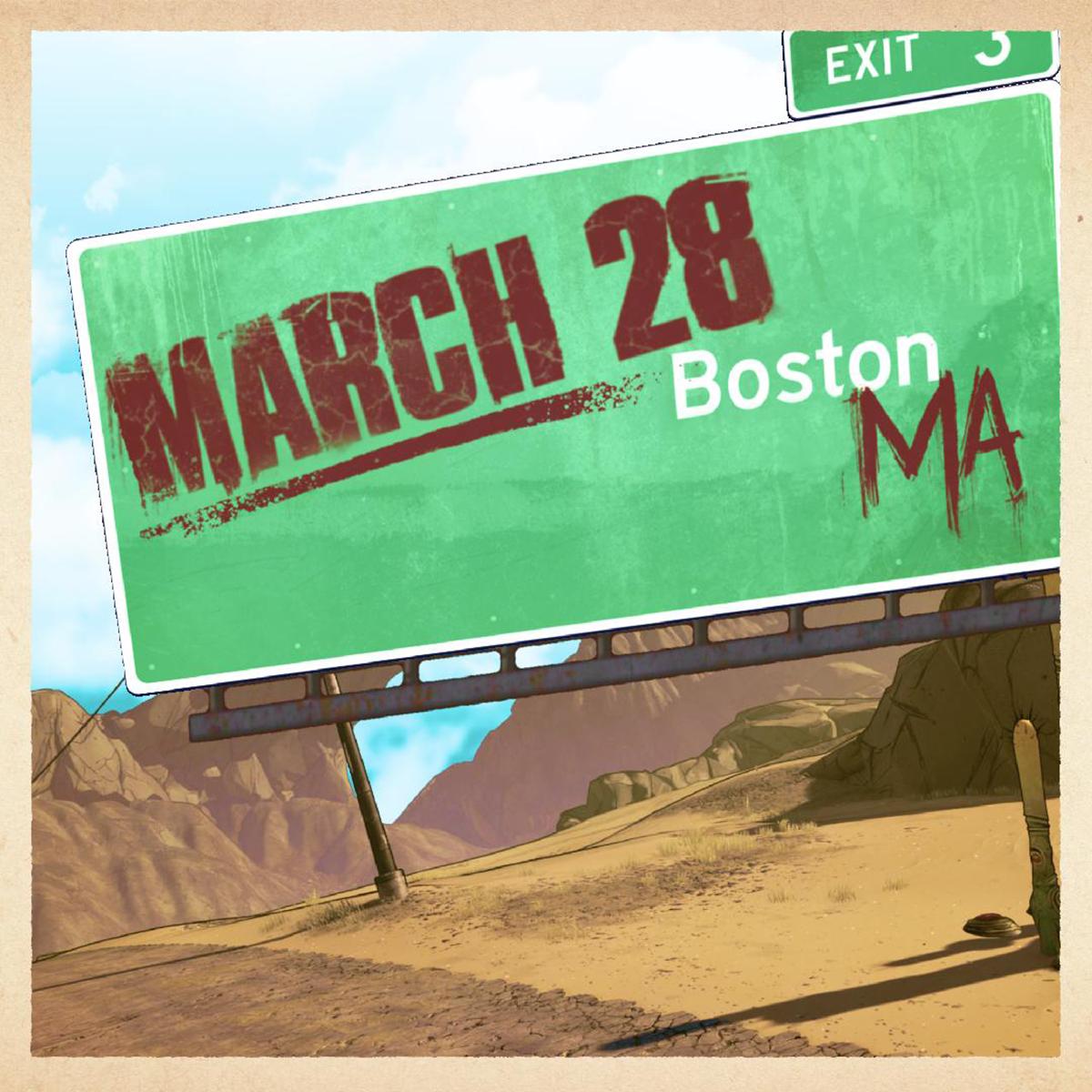 What’s more surprising: Gearbox is potentially revealing two games at PAX East. After the Borderlands-probably tweet went out, Gearboxfollowed up with“Time to tease another game for PAX!” and an image of a dismembered robot on an operating table. Battleborn 2? Except this time it’s a Battle-Royale-Born? Let’s hope not. 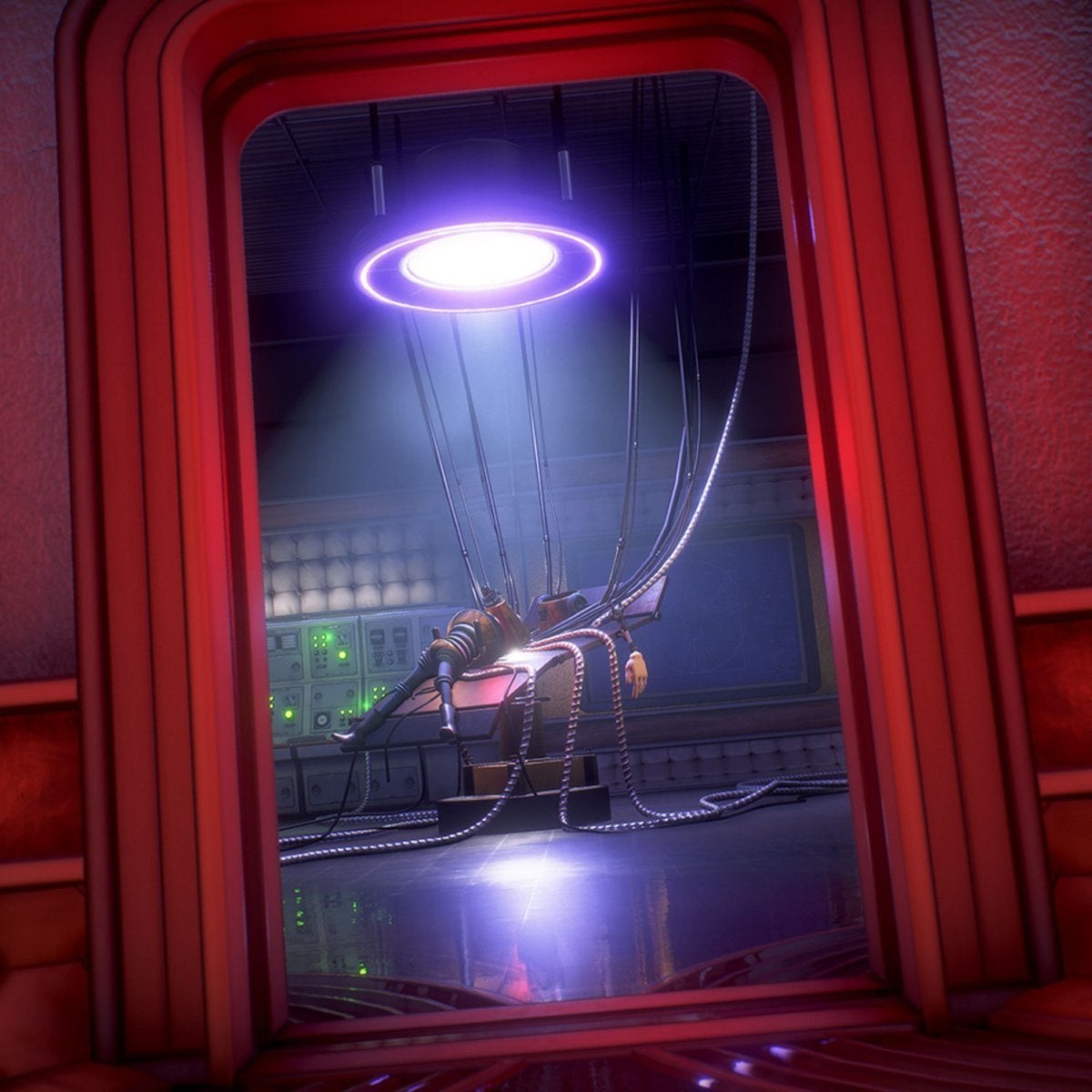 This never-ending spring release cycle continues next week with Sekiro: Shadows Die Twice, the latest From Software game. Hopefully it’s good, because we’ll be too busy with GDC to even take a look at it until post-release. This week’s launch trailer has me excited to wrap the show, come home, and spend all weekend getting my ass kicked by enormous monsters though.

Last year I wrote a long article aboutmy love for Star Wars: Episode I Racer, calling it (rightly) “The best thing to come out of The Phantom Menace.” But while it’s great to have it back on PC again, there’s no denying the game looks dated. It’s from 1999, after all.

So kudos toRobJin, who apparently created a version of Racer that runs in Unreal 4. You can check out a video of it in action below, or grab the current buildhere—though you’d better do it fast, in case Disney shuts it down. (ViaPC Gamer)

Dwarf Fortress is one of the most amazing games you’ve probably never played. In development for over 12 years now, it’s an ultra-detailed simulation mashed up with a high-fantasy adventure, built entirely in ASCII art. It’s uh, somewhat impenetrable to say the least, although it’s free if you ever want to give it a go.

But a new version is on its way to Steam as well, complete with more traditional artwork, Steam Workshop support, and a $20 price tag. If you’ve ever been curious about Dwarf Fortress and didn’t want to mod it yourself, this might be a good way to check it out. (And don’t worry, longtime fans—the free version will continue to receive the same updates.)

This new Shenmue 3 trailer looks moderately better than the last, I think. Sure, the faces barely move still, and the lip-sync is messy, but the characters look slightly less dead-behind-the-eyes. I’m still not convinced it’ll be any good, andafter playingYakuza 0 I find myself yearning for characters with more personality here, but at least it looks like it’s coming together a bit.

Get me the frog detective

After last year’s Haunted Island: A Frog Detective Adventure, I’m very much ready for more. What I didn’t expect: A full-blown sequel. I thought we’d get some DLC maybe, another story added on to the first, but instead we’re getting Frog Detective 2: The Case of the Invisible Wizard. I’m excited! And spooked! But mostly excited!

After the Metro Exodus blowback, I didn’t think anyone would be so brazen as to yank their game off Steam and move to the Epic Games Store after the fact, but…well, it happened again. The much-anticipated Phoenix Point, developed by X-Com creator Julian Gollop, announced a one-year exclusivity deal with Epic this week—afterrunning a Fig campaignin 2017, with the expectation of a Steam release. Gollop’s offering backers refunds, but it’s certainly not a great look, especially after a recent delay.

If there’s a plus side, it’s that Gollop says the money from Epic will help support the game for a year past its release date. I doubt that’s much consolation for certain fans, but those of you who are less Steam-centric can look forward to expanded post-release content plans now.

Antimatter Games, developer of Rising Storm 2: Vietnam and formed from the Tripwire devs who made Rising Storm, is working on a new shooter called ’83—and as you might expect from the title, it moves the timeline further ahead again. Following on from Rising Storm’s World War II and the sequel’s Vietnam War, ’83 is set in an alt-history Cold War era where war erupted between the USA and USSR. From the website:

“1983 was a tense year for global politics. With Western powers ramping up anti-Soviet rhetoric and the Soviets responding in kind, it represented one of the most dangerous years in the 20th century. In ‘83, these tensions explode into a global conflict where ‘what if’ has become ‘when’. Birthed from the timeline of the real Cold War, sabre-rattling escalates to a World War for dominance between two nuclear superpowers.”

I’m a sucker for alt-history, so I can’t wait to see how this one turns out. Hopefully it’s a bit more polished than Rising Storm 2 was at release.

The Sinking City, Frogwares’ Sherlock-meets-Cthulhu tale, is one of my most-anticipated releases for 2019—and now I’ll actually get to enjoy it. Originally set to release at the end of March, Frogwares has now pushed the release date back to June 27, a “less crowded timeframe” as they put it. And for that, Frogwares has my eternal thanks.

Let’s finish up this week with a pair of absolutely bizarre video game adaptations. First up, Netflix continues to make anime adaptations of video games. Following on from the well-received Castlevania series, there’s nowa Dragon’s Dogma animein the works. I can’t imagine what it’s even about besides slowly climbing on top of various mythological creatures, but hey, more power to Capcom for striking a deal.

But the real surprise this week is that there’s a new Doom movie, subtitled Annihilation, and it looks absolutely awful. Like, worse than the already-terrible Doom movie we got in 2005. At least that one had some Hollywood-level production values behind it. This looks like a made-for-TV mess. Check out the reveal trailer below, or don’t and save yourself the pain.