A good campaign can't exist without an entertaining narrative and a host of enemies that keep you on your toes. Luckily, Tiny Tina’s Wonderlands has both in tow, as it guides you through a fantastical journey in a landscape new to Borderlands fans; and with groups of enemies comes a collection of powerful bosses.

Dry'l is a boss that truly encompasses the wild mix of Gearbox and Dungeons & Dragons. Otherwise known as the Mortal Coil boss, Dry'l is the fifth main boss you’ll encounter in the campaign, and one of the most annoying encounters to boot. 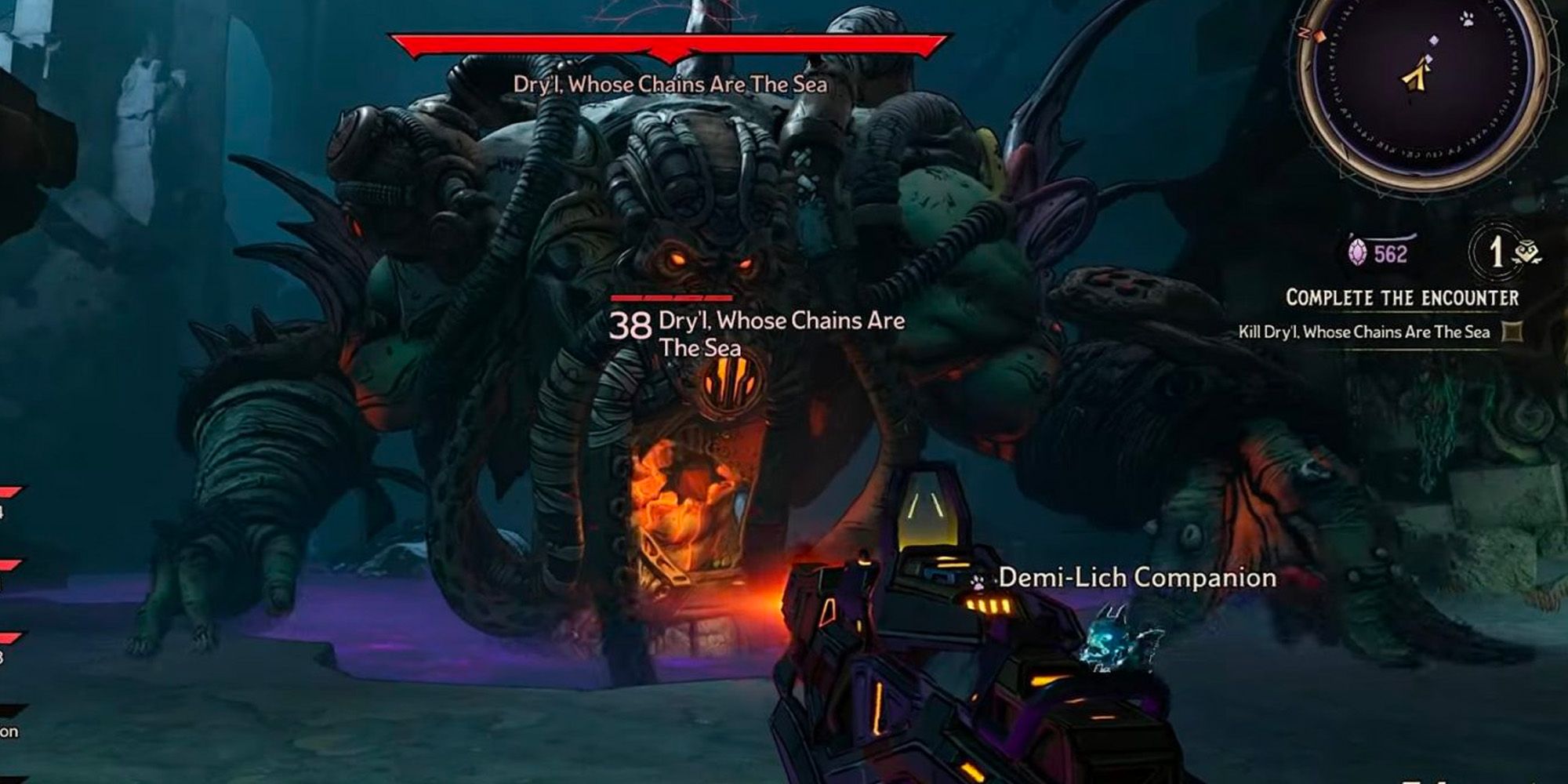 The Dry’l boss fight begins with a melee-focused encounter. He’ll wind up his arm and then slam it into the ground, an attack you can easily dodge by constantly moving around. Enemies known as Coiled will also join the fight, so be wary of their inclusion in the battle. Fire damage will be most effective during this phase. 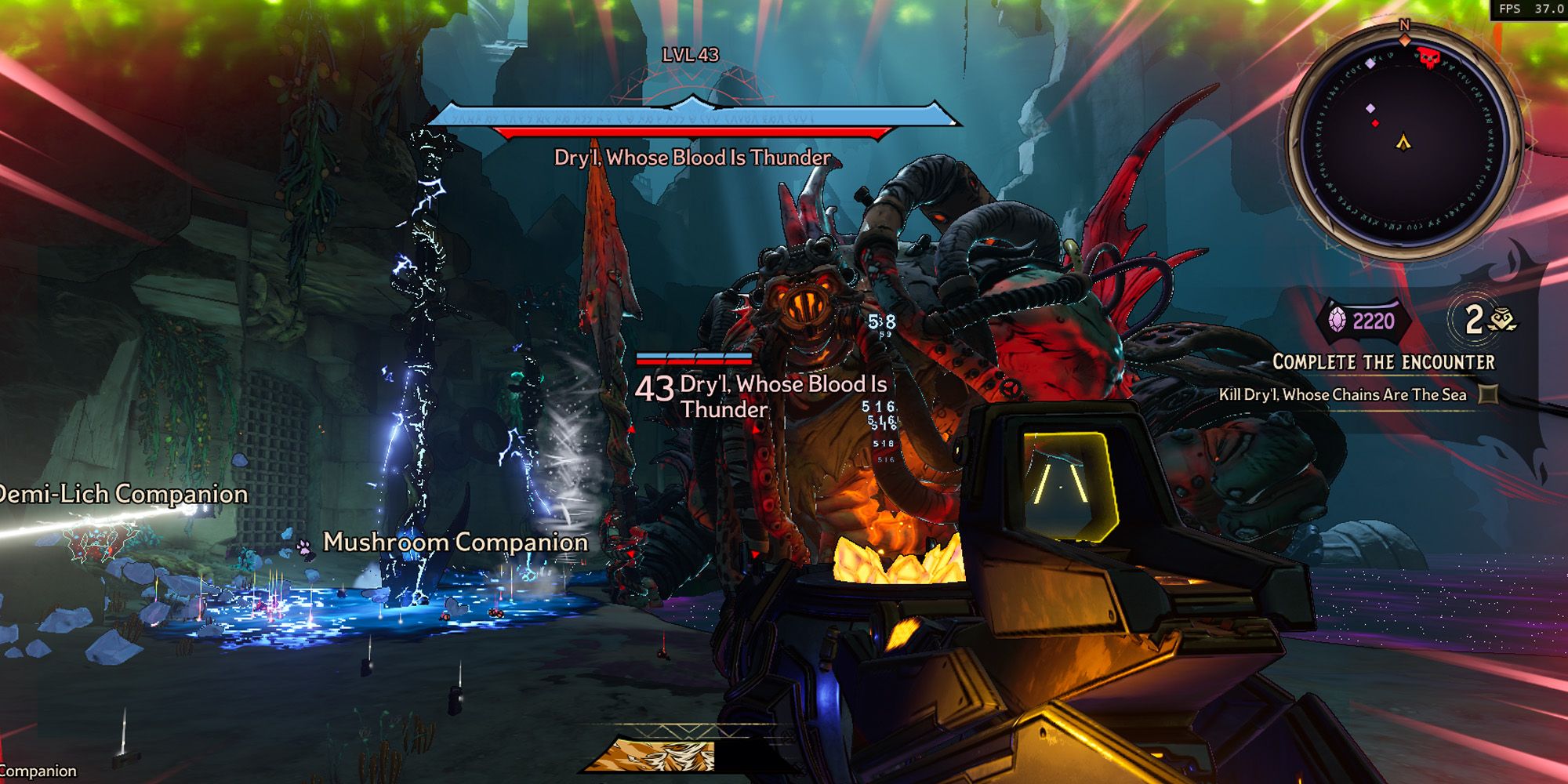 Once you deplete Dry’l’s original health bar, he’ll move further back into the purple swamp. At this point, he’ll begin to throw shock projectiles your way, and they’ll do massive damage if they make contact with you. Your best bet is to dodge to the side when you see them coming toward you — however, you must be wary of the electric puddles that these projectiles leave, as they will damage you if you step into them.

This phase also introduces Dry’l’s ward. Make sure you use a weapon that deals shock damage to take down this ward, and then switch back to a fire weapon to deplete his red health bar. Be mindful that the Coiled enemies will continue to spawn and attack you during this phase.

During his final phase, Dry’l will once again spawn in after having his health bars previously depleted. This time, however, he will throw fire projectiles your way instead. Like the electric projectiles before, these fireballs will do a huge amount of damage and create a lava puddle when landing that will damage you if you step in it.

Complete the same health destruction process as before, and Dry’l will soon die, allowing you to pick up the loot left behind.