Tiny Tina’s Wonderlands is a breath of fresh air compared to the Borderlands series, bringing fantasy elements, melee weapons, spells, and much more to the table.

While maintaining the Borderlands feel, Wonderlands establishes its own identity and storytelling style, which continues in its numerous enemies and boss fights. With a new slew of bosses ready to be disposed of, let’s take a look at some of the best that the Wonderlands has to offer. 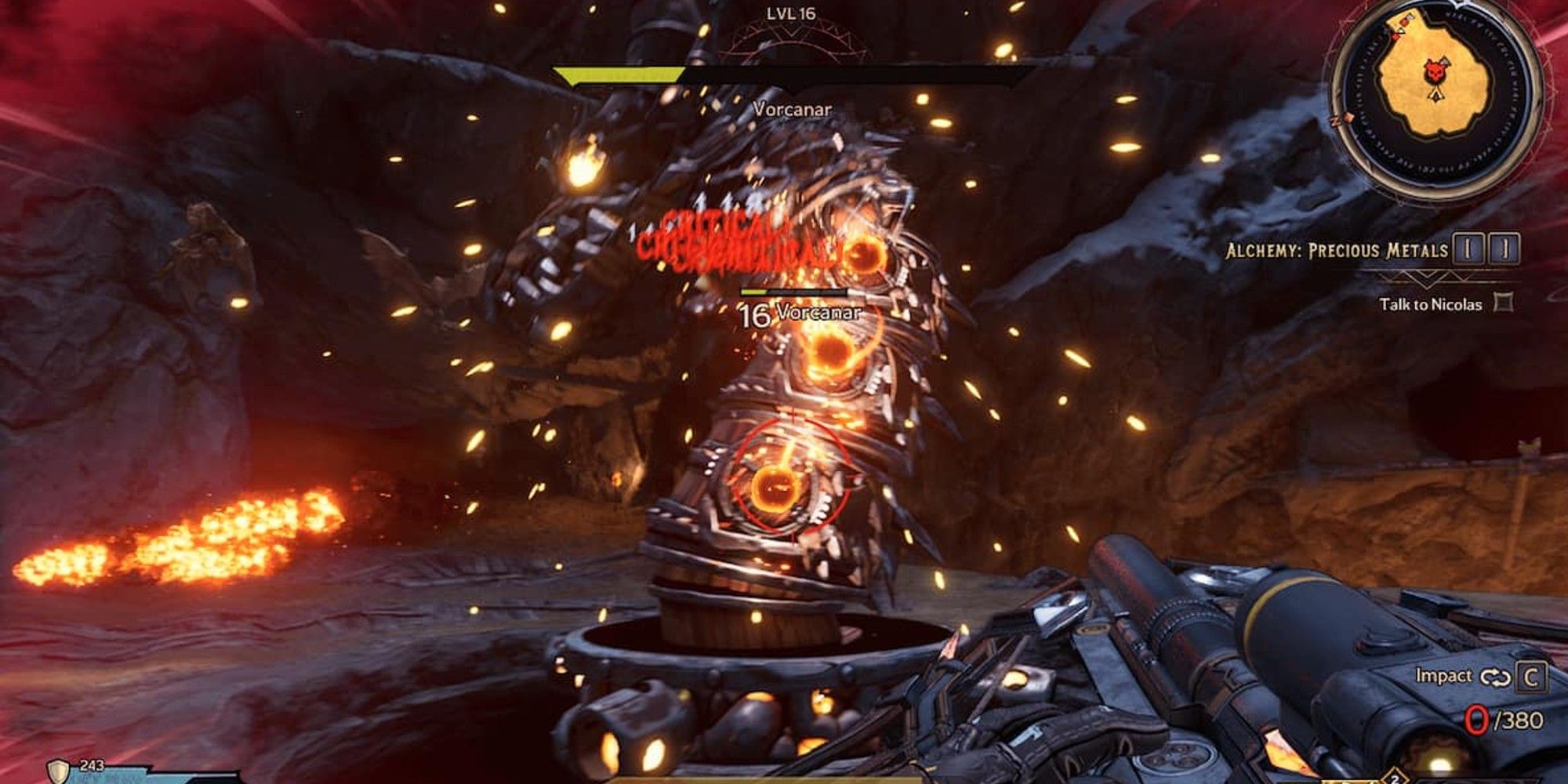 Vorcanar is a sidequest boss found in Mount Craw as you seek to assist the G.T.F.O. movement. That is Goblins Tired of Facing Oppression in case you thought otherwise. Vorcanar is a fairly easy boss that remains in a fixed location, which acts as a nice change of pace from the other more agile fights.

Vorcanar has easily identifiable and targetable critical hit spots, meaning that the hardest part of this fight is simply circling him to avoid damage. You can make quick work of this fraudulent dragon. 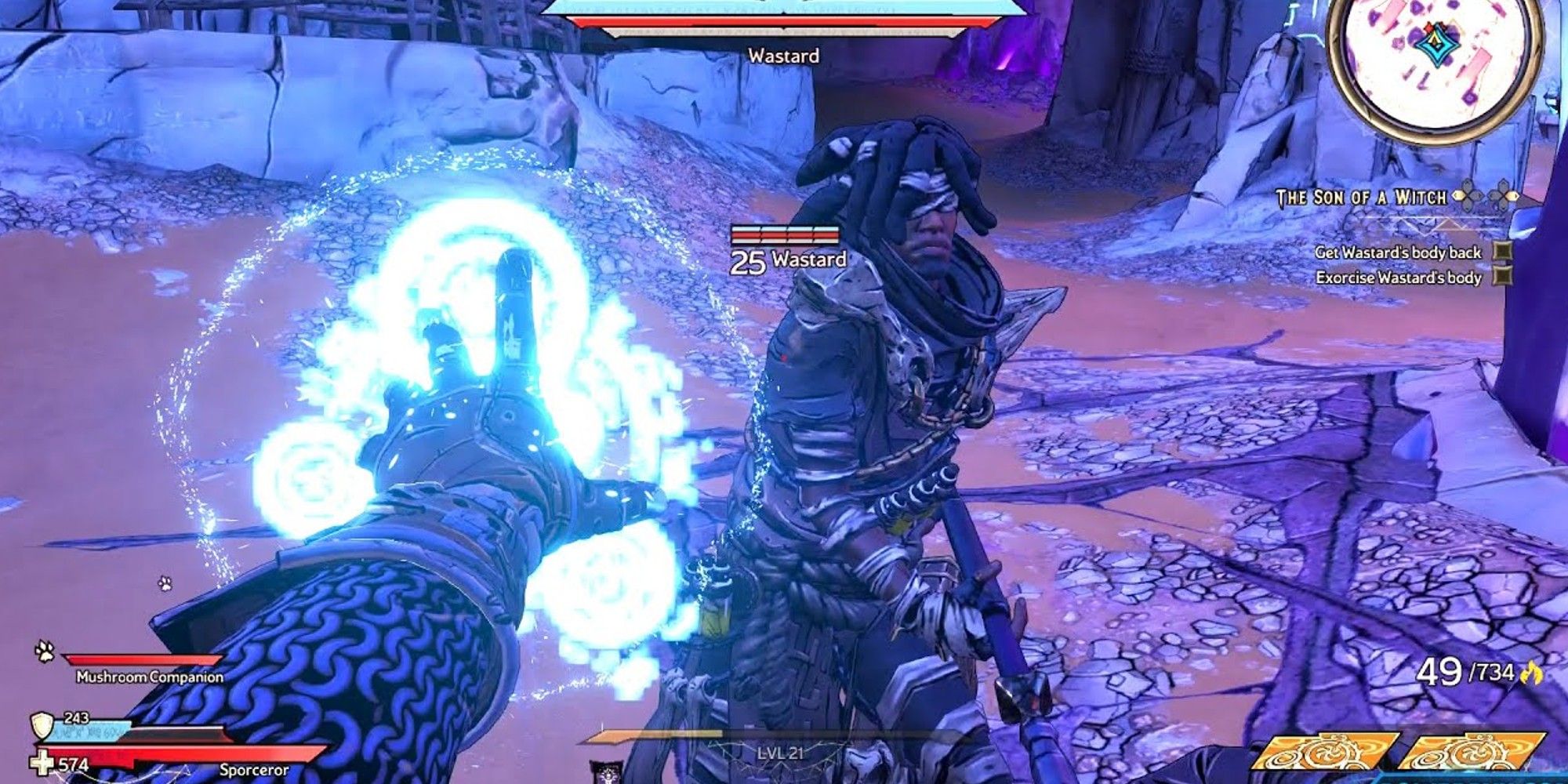 By the time you reach Wastard, you’ll probably be about run down with multiphased bosses where you are forced to wait for them to transition to new health bars. Wastard lacks the charm of LeChance, but he follows in his footsteps.

He is the size of a normal enemy but is much more aggressive and does have an interesting set of skills available. Simple, but a lot of fun for sure. 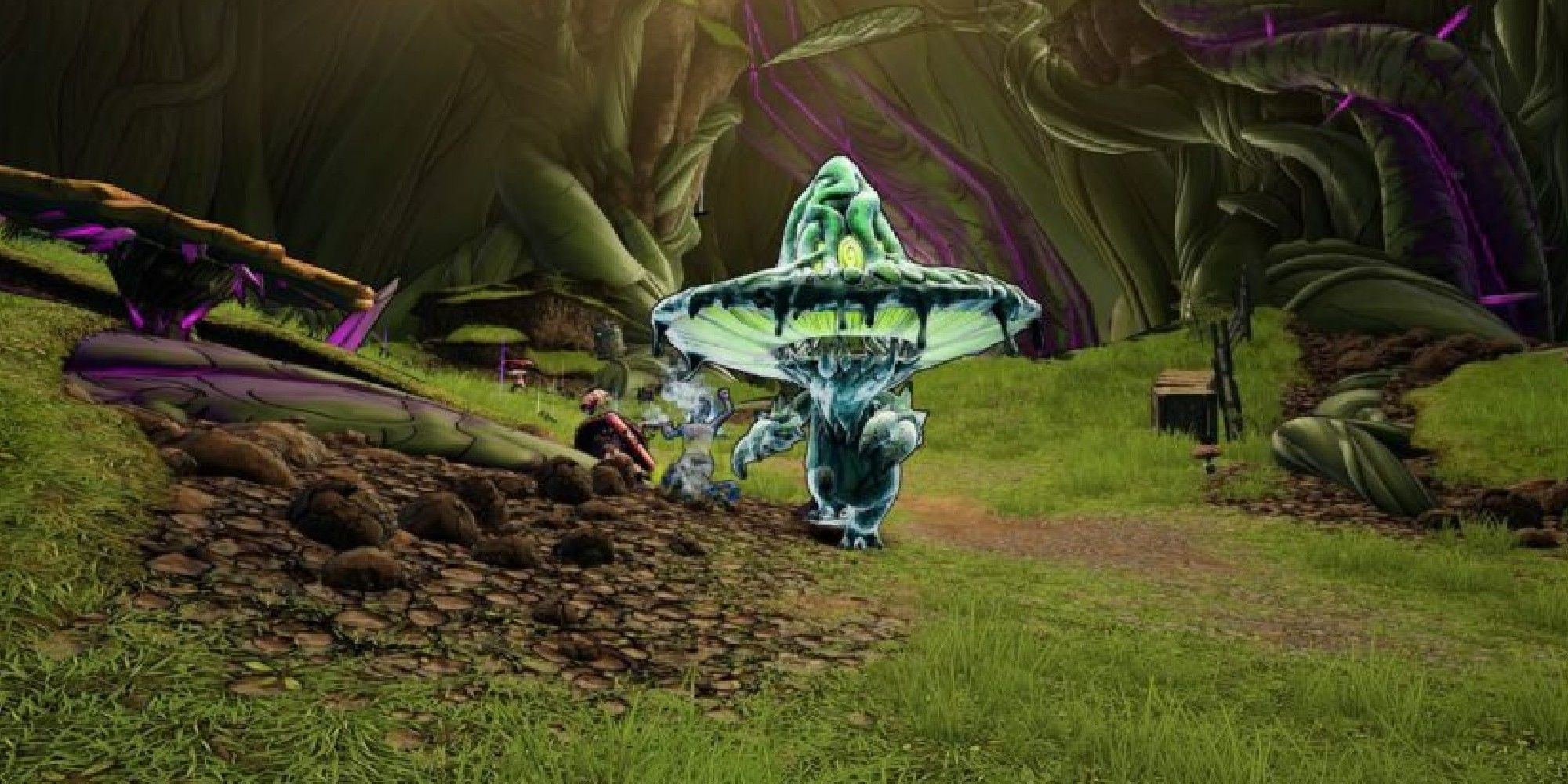 Parasite is a powered-up mushroom that can project a force field, fly, and a number of other unmushroom-like things. Sign me up for that duel.

Alongside a fun arena, impactful phase changes, a fun move set, and the cute little mushroom creatures, Wonderlands is only helped by the addition of Parasite as a boss. We almost don't want to kill it. Almost. 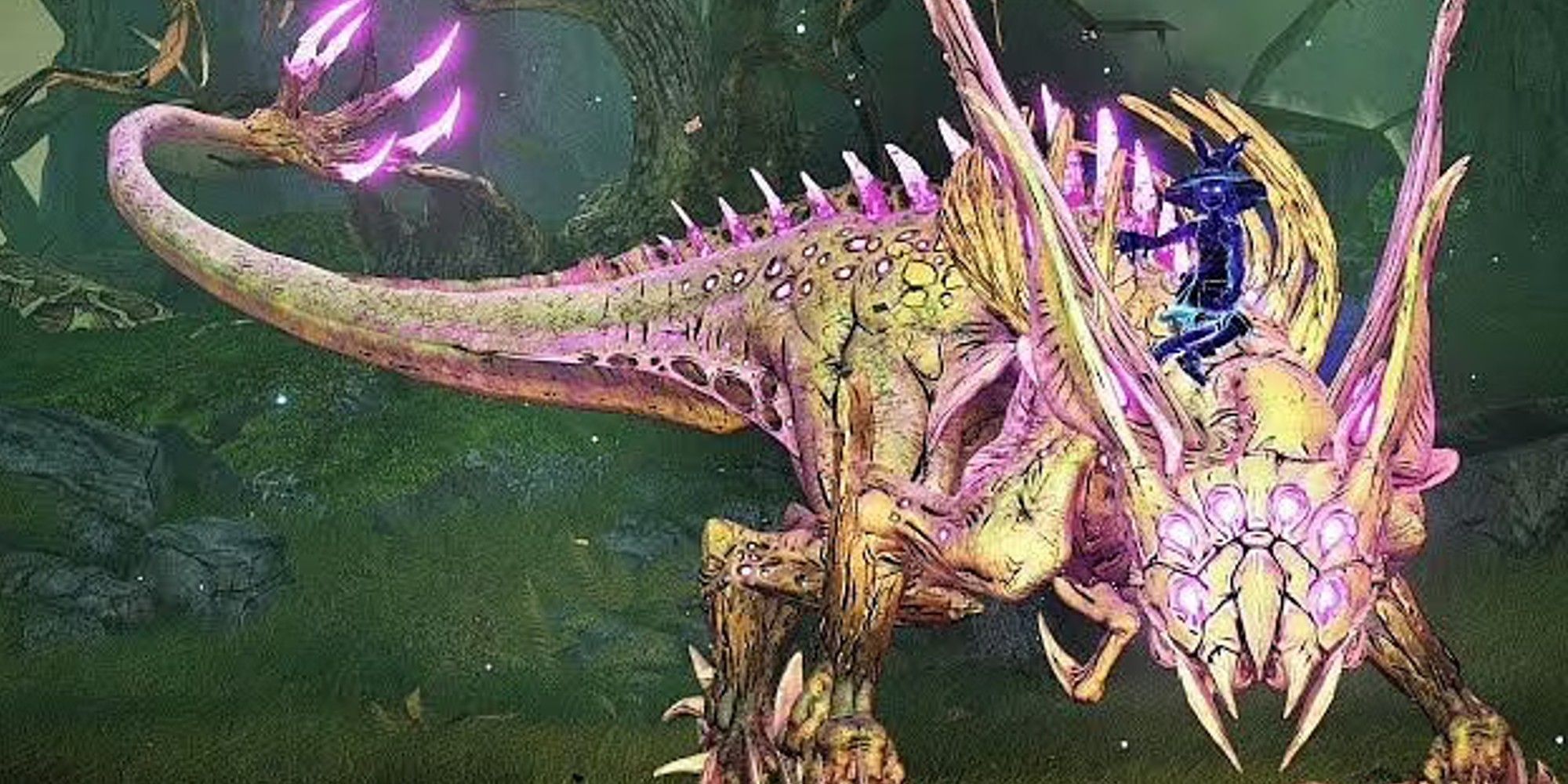 They have some of the largest move sets available to bosses, pack a wallop, and they aren’t readily available. With some luck and a keen eye, you can manage to fight these bosses as you tackle the Chaos Chamber. 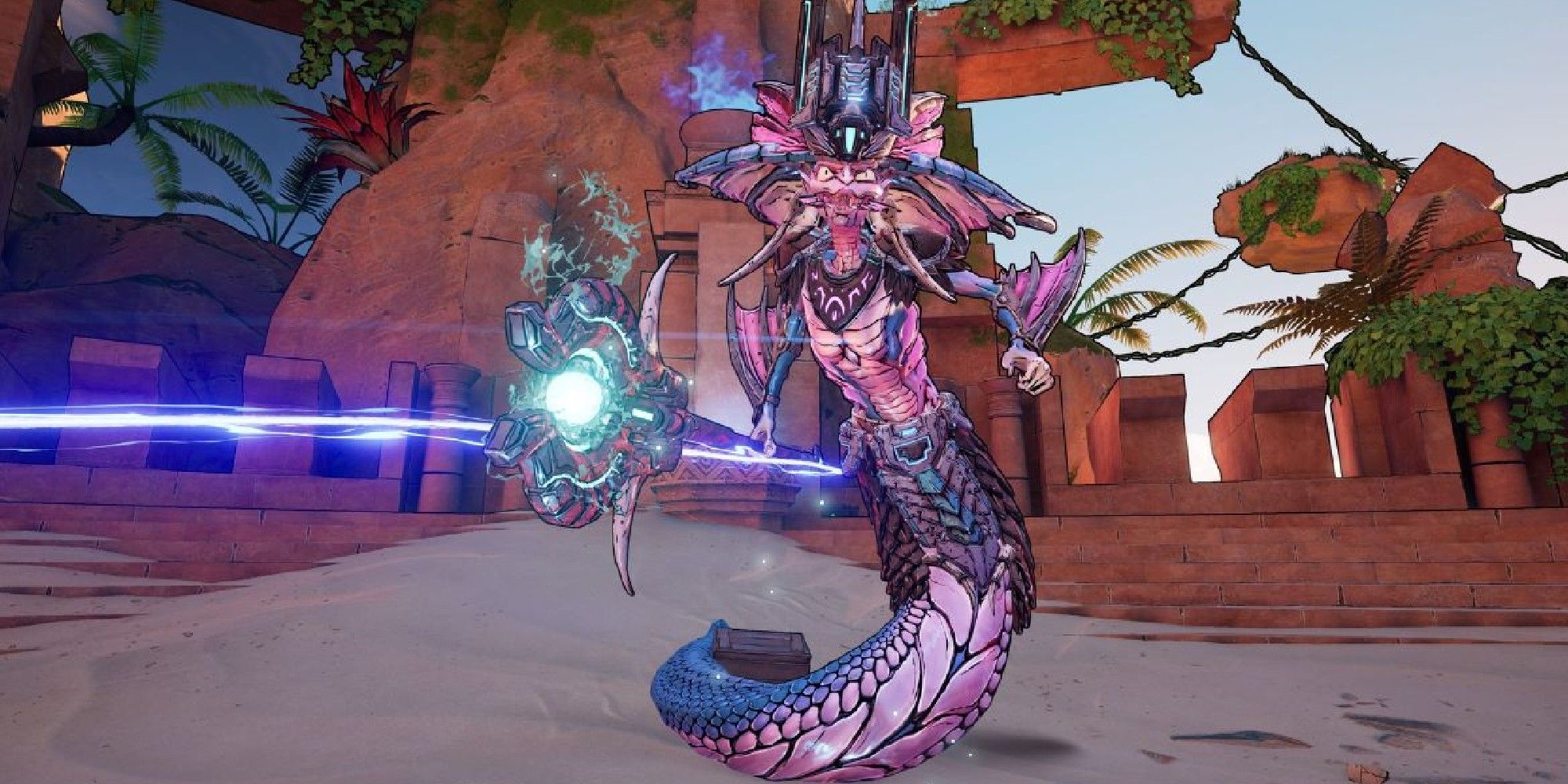 This boss is first encountered through a quest line involving a discount Geralt of Rivia, Gerrit. After his untimely demise, you are tasked with eliminating this goddess of the sea.

She lives up to her title as she spouts water and ice at you constantly, even summoning shadow variants of herself to distract you. Between her various abilities, health pool, and how much she keeps you on the run, she ranks fairly well. 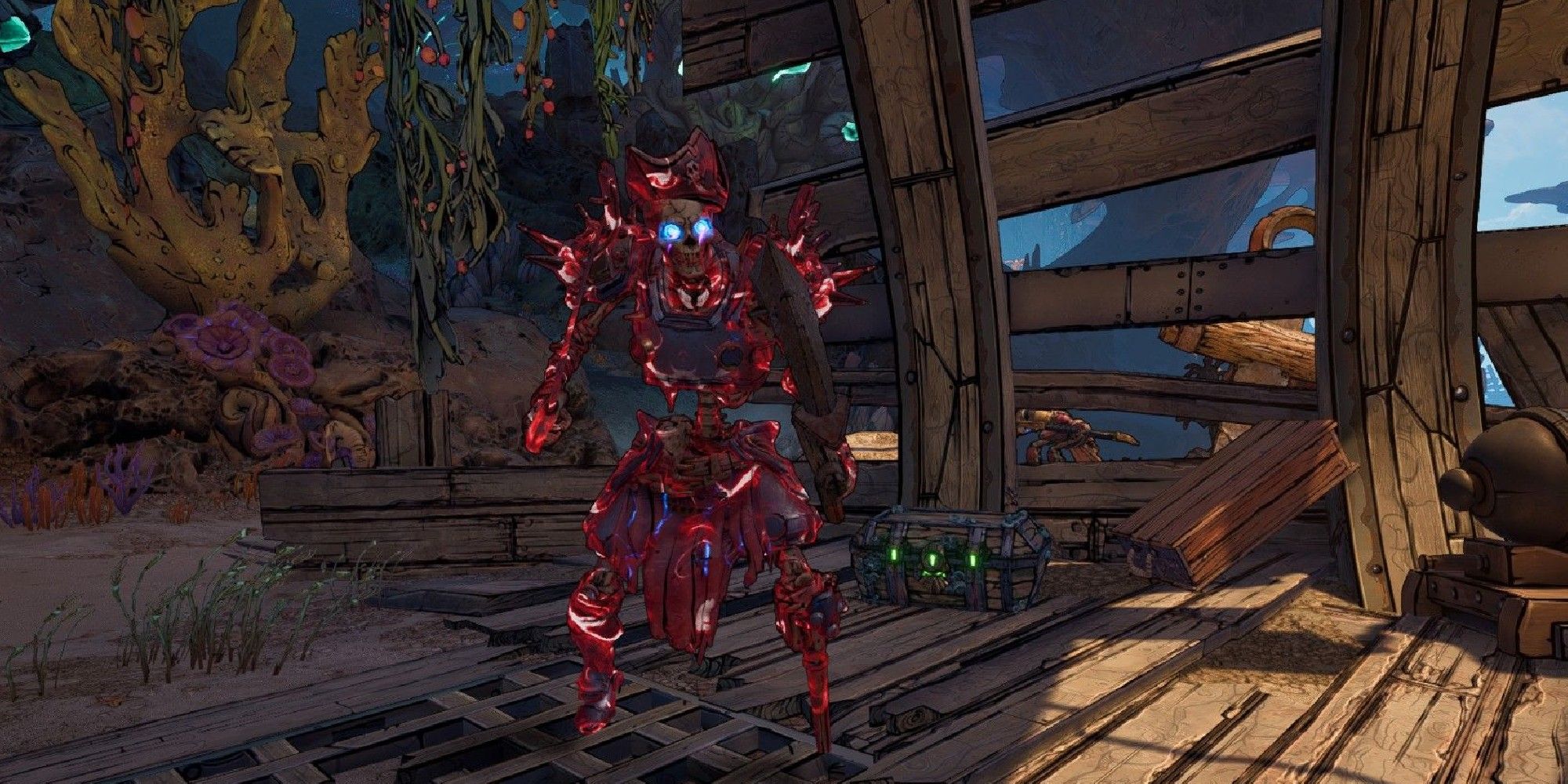 LeChance here is actually a fairly easy fight. He is more or less a scaled-up basic enemy, with some skeletal growth hormones thrown in. It is such a nice fight because it is so simple.

Clearly defined health bars. No tricks. Easily identifiable critical hit location. The list goes on as to why LeChance is an enjoyable boss. He also happens to be a cursed, undead, skeleton pirate that you could just as easily find in Sea of Thieves. Bonus points for all of that. All we ask is that you give him a LeChance. 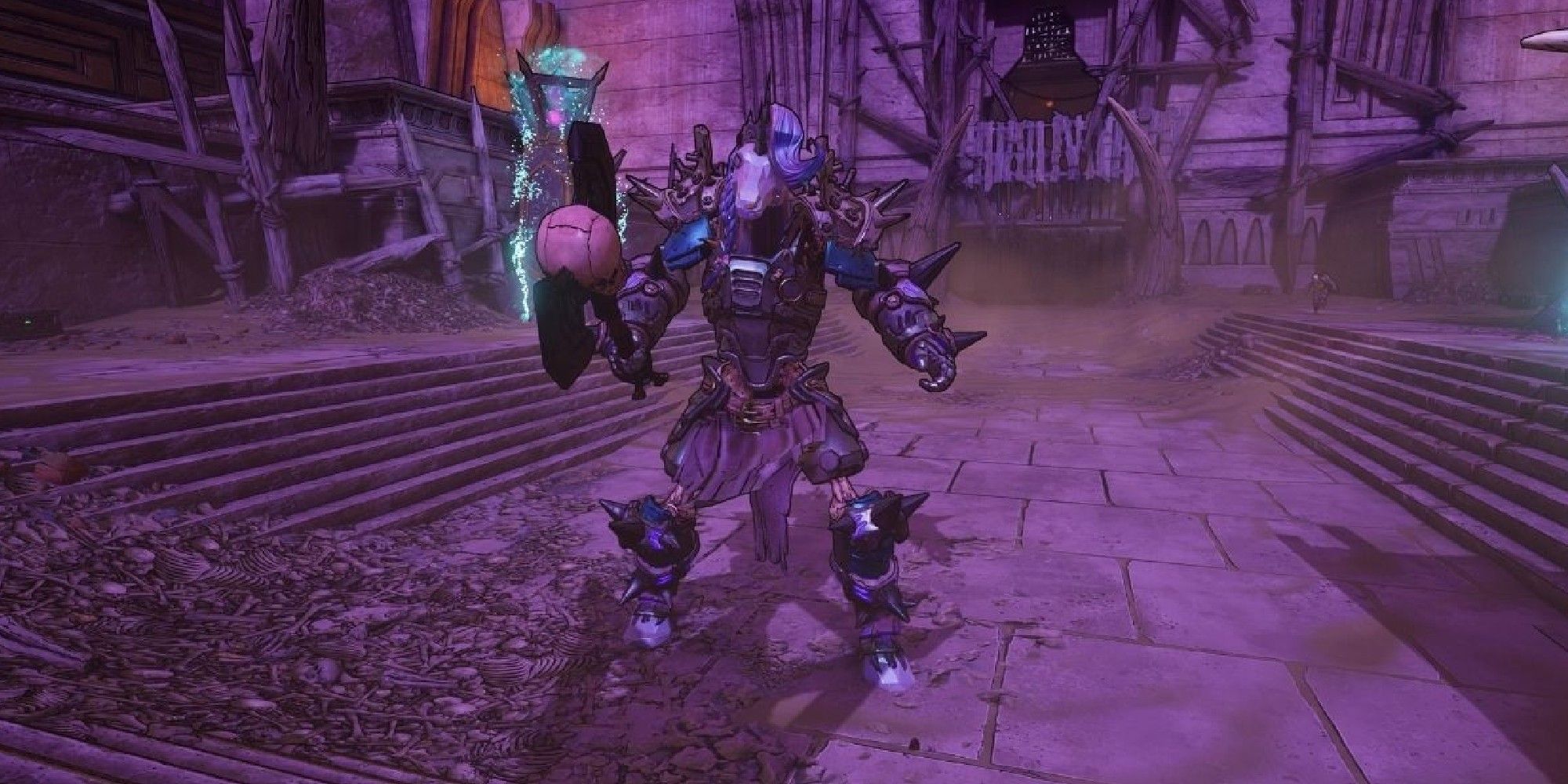 Queen Butt Stallion is forced to fight for the Dragon Lord as Knight Mare, a freakishly hulking knight with Butt Stallion’s head shoved on top. Knight Mare uses specific arena locations more tactically than any of the other bosses, which provides some interesting interactions.

Whether they stand atop the fighting arena and call down enemies or jump below to handle you personally, they keep you on your toes throughout their multiple health bars. Knight Mare hits hard, so be careful as this arena is prone to leaving you without a way of getting back up. 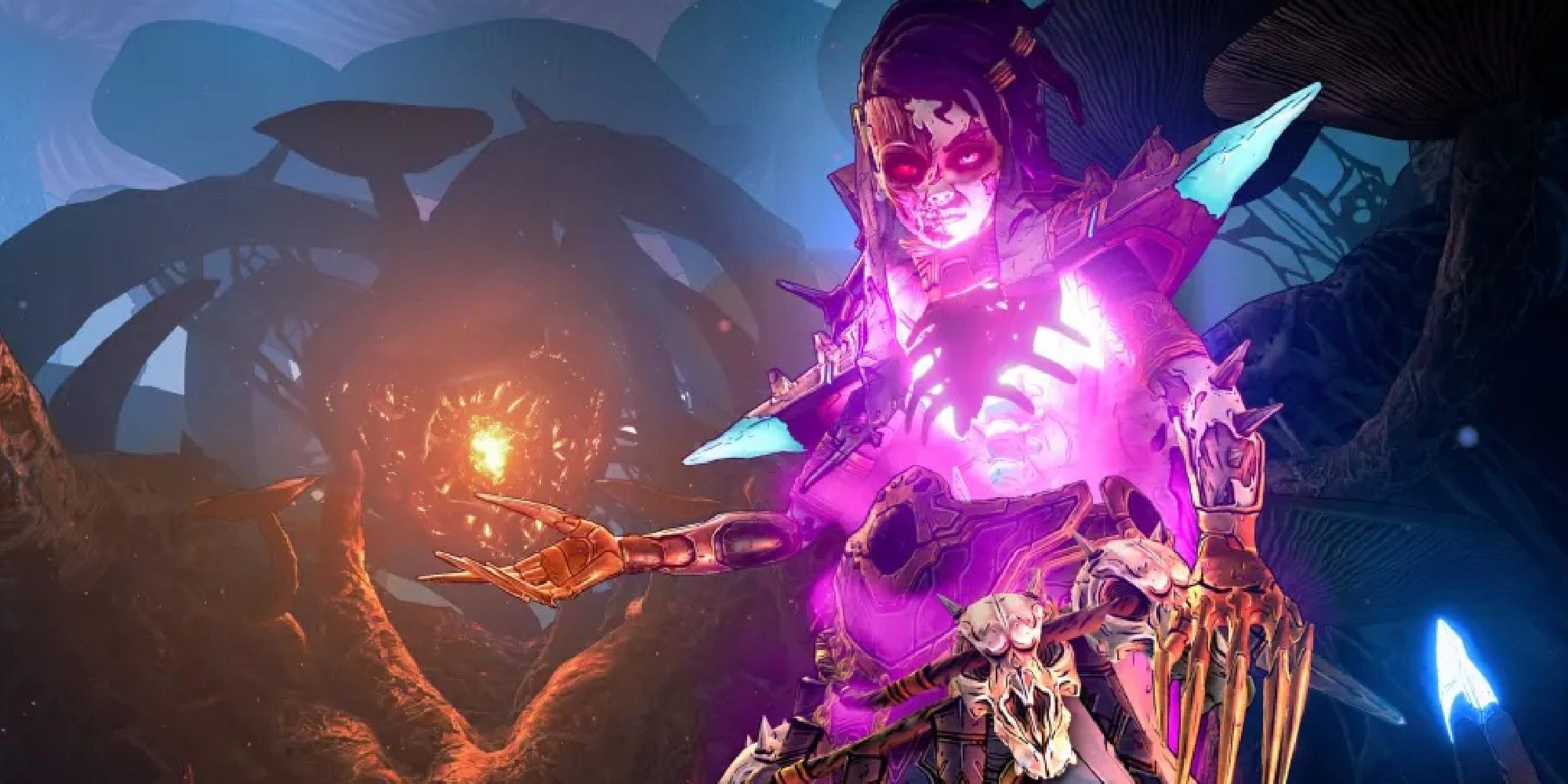 While Banshee is fought earlier on than most bosses, she displays the kind of complexity that Wonderlands ever so briefly brought to the Borderlands series. Banshee requires you to hop, crouch, and even retreat to avoid some of her attacks.

Her move set is reminiscent of must-play bullet-hell gameplay, which works very well and gives a healthy variety to Wonderlands. 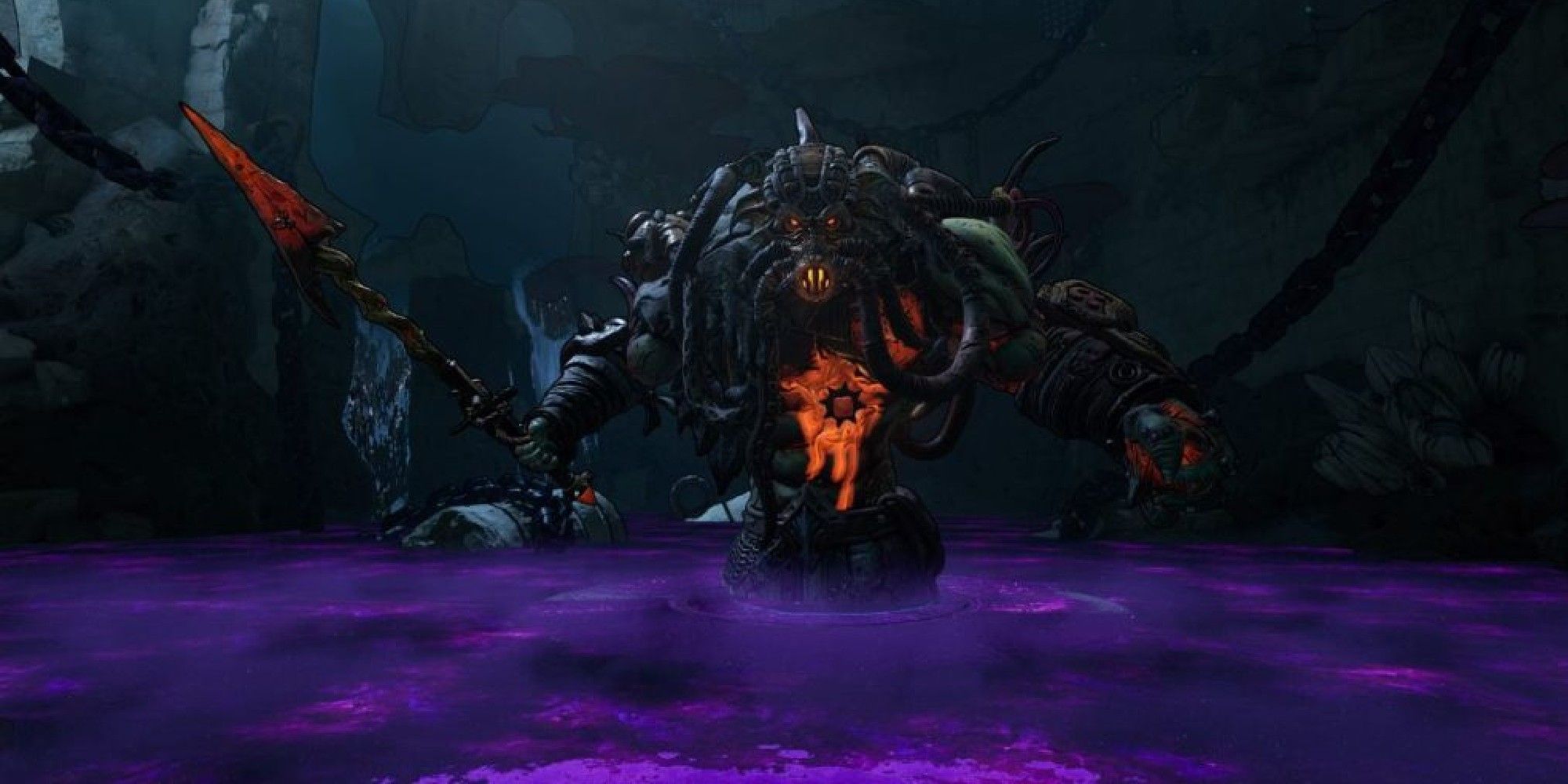 You could think that Gearbox was in league with FromSoftware's Miyazaki during the creation of Dry'l. The boss fight has three distinct phases and health bars with no rest in between. In-game, Dry’l continues to return due to Tiny Tina’s temper and frustration with the player. This boss is apt penance.

Not only does this Cthulu-esque monster hit hard, but his name and design change slightly between each phase. Slaying him once will only cause him to rise up again with new powers as this larger-than-life squid corners you in this aquatic arena. 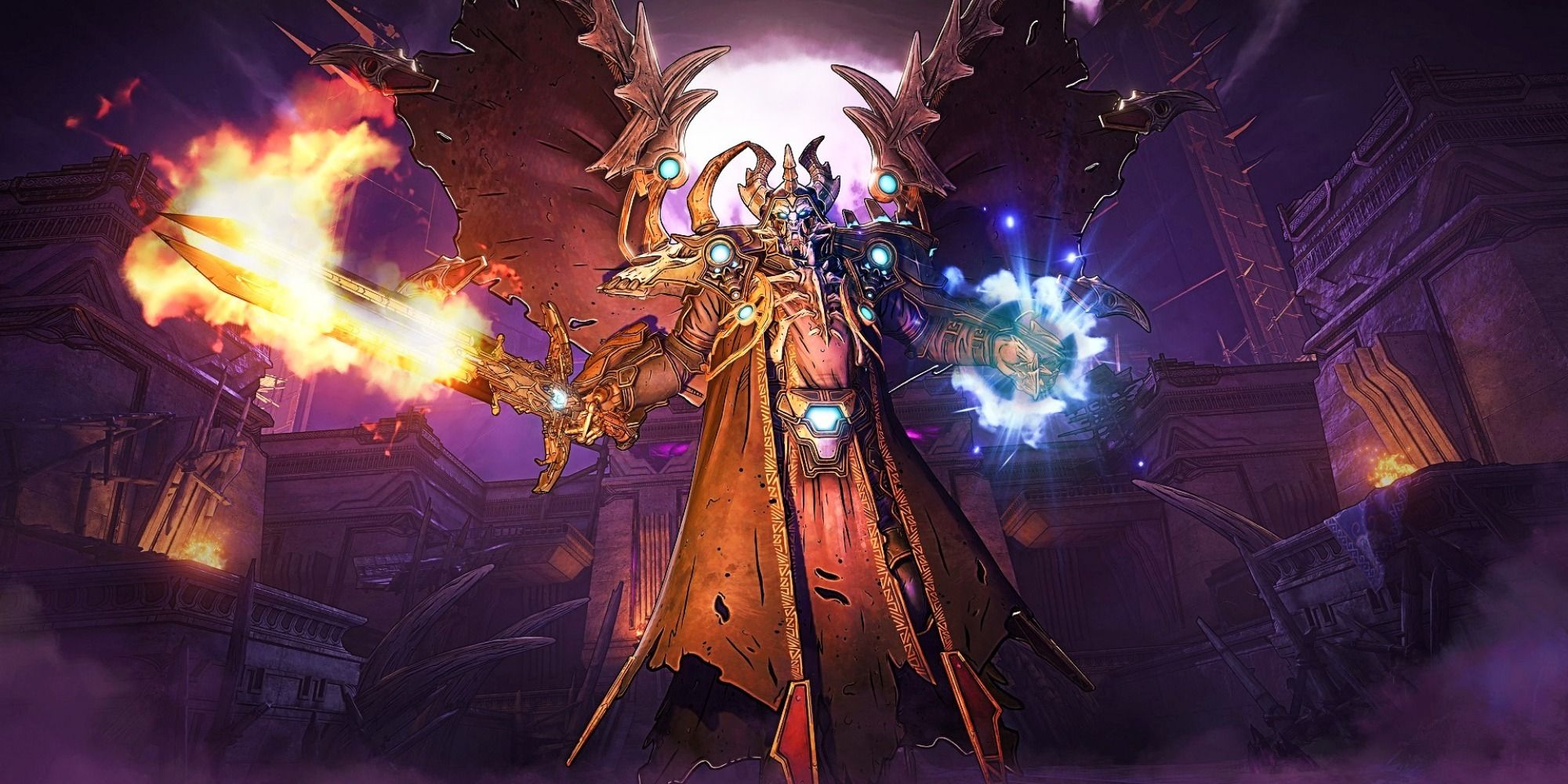 The Dragon Lord is the primary antagonist of the game and ranks accordingly. He has a decent amount of health, tastefully designed invincibility phases, a wide array of attacks, endless quips, and summons Bernadette, his undead dragon, to assist in the fight.

Upon your first playthrough, you might be too strong for this fight to be as epic as it could be, which is why subsequent Chaos Chamber runs help elevate this fight to its rightful place.