Sony employees are entitled to certain benefits especially when you also happen to be a movie star. In the case of Tom Holland his relationship with the Japanese tech and entertainment giant is a close one since he is the star of the Spider-Man movies, for which Sony owns the license, and the star of the soon-to-be released Uncharted movie.

Holland recently appeared on stage for Sony's CES 2022 briefing where the 25-year-old actor spoke about his relationship with Uncharted, which was of course a popular video game series on PlayStation. Appearing alongside Sony Pictures boss Tom Rothman, he was asked by the exec if he had played the games.

"I'm a huge fan of the games," the British star replied, and went on to reveal that he started playing the Uncharted games while on the production of another Sony film. "I hadn't discovered the games until I started making Spider-Man: Homecoming. One of the luxuries of making these Spider-Man movies is they are made by Sony, and one of the luxuries of working for Sony is PlayStation." 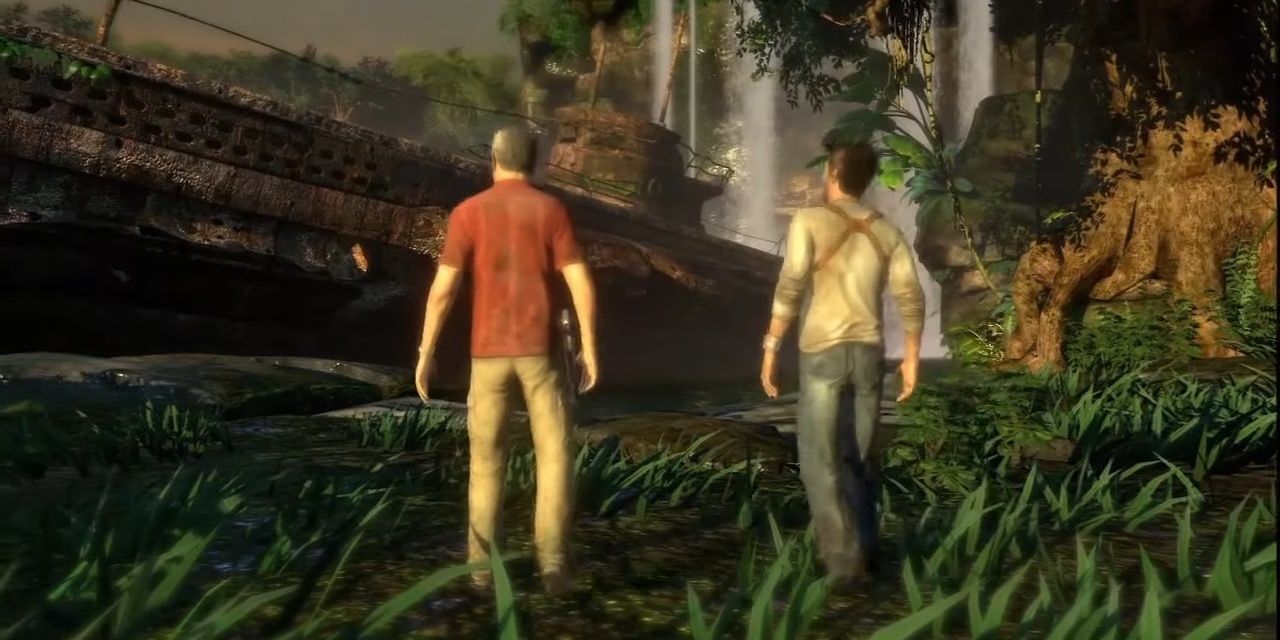 Holland revealed some of the perks in working for Sony: "So all the actors' trailers were outfitted with the best TVs and the newest PlayStation. And one of the games they had given me was Uncharted." Making movies involves long periods of waiting around, as Holland explained, as the crew prepare sets and set up shots, so while making his first Spider-Man, Holland started playing the Uncharted series with his best friend.

"As soon as we started, we didn't stop. I remember them trying to drag me out of my trailer to come back to set. I was like, 'no, no, no, we're about to complete this mission, leave me alone." The actor revealed that as he began to love the games he and Rothman started conversations about making a movie based on the Uncharted games.

"And you are now Nathan Drake," Rothman said, in reply, gesturing towards the young movie star.

During the briefing Holland explained that part of the process in making the adaptation was talking with Naughty Dog and PlayStation in order to understand the DNA of Uncharted so as to have the best idea for adapting for the big screen. "We didn't want to lose the essence of the games," he said.

He also remarked that the relationship between Nate and Sully, who is played by Mark Wahlberg in the movie, is the "heart and soul" of the film, just like in the games. Holland was speaking at an official Sony event and his words were hardly off the cuff, but it's a good story if indeed this is the genesis of the Uncharted movie and Holland's starring role in it – that it led from playing Uncharted while he and his friend whiled away hours leaping, shooting, and exploring as Nathan Drake on PlayStation. You can watch a video of the briefing here (Holland's segment starts at 8:50).

The Uncharted movie comes out in theatres February 18, while Uncharted: Legacy of Thieves Collection, a remastering that features Uncharted 4 and Lost Legacy for PS5, launches January 28.