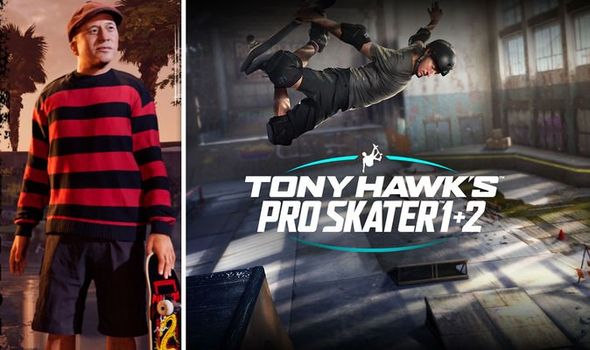 A bundle containing Tony Hawk’s Pro Skater 1 and 2 is coming PS4, Xbox One and PC later this year.

The brand new, built from the ground up Tony Hawk remasters have been given a September 4 release date for consoles and PC (via the Epic Games Store).

Developed by the team behind the Crash Bandicoot N Sane Trilogy, the upcoming release contains all the content from the original games, plus a few additional features.

“Tony Hawk’s Pro Skater 1 and 2 will also include fan-favourite features from games across the entire original franchise, including revert, lip tricks, wall plant and original multiplayer game modes, both online and for local couch play.

“And yes, Create-A-Park and Create-A-Skater modes are back! New to Create-A-Park this time around is a robust editor enabling new ways of customisation.”

Fans who memorised the original games will be happy to hear that new goals and challenges have been added to each level, while the visuals have also been given a big upgrade.

To celebrate the announcement of Tony Hawk’s Pro Skater 1 and 2, skating legend Steve Caballero shared his thoughts on the upcoming remakes with Express Online.

In part two of this exclusive look at the new and improved Tony Hawk games, Caballero talks about his favourite tricks, what he learned from the games, and those incredible soundtracks.

Were there any tricks that you learned from playing the game that you applied to real life?

Modern street skating has enabled people to pull off tricks they first created in the game. For example, doing a flip trick into a grind and then a flip trick out of the grind – that stuff wasn’t possible back in the day. Kids wouldn’t try it, but after doing it on screen, they wanted to replicate these tricks in real life.

Skateboarding is a very creative outlet, so being able to see it visually in front of you makes it more realistic and has enabled people to create so many never-before-seen tricks. I think the game has really inspired kids to push the limits of skateboarding. It’s crazy to see kids do some of the flips they do now.

Every time I’m on my Instagram, I see some skater pulling off some crazy new trick and sometimes I can’t believe they’re doing that now! Tony Hawk’s Pro Skater video games have really brought skateboarding into people’s homes globally. I get recognised by skater kids who played the game, but also by their parents who recognise me from it as well. I feel honoured to be associated with it. Back in 1999 when the first game came out, that was towards the end of my professional skating career, and being included in the video games has kept me current and really prolonged the longevity of my career in this sport.

What is the most satisfying trick to pull off in Pro Skater?

Balancing on the rail when you’re grinding it, just hitting all the marks and making sure you’re landing correctly. Although, my major accomplishment was never using the cheat sheets to beat the game. I enjoyed working it all out for myself and finding the hidden objects and scoring tons of points!

I was able to figure out these moves on my own and discover new things, just by practice. Being a skater, you look at a landscape differently – your mind goes crazy when you see a new city and it’s the same in the game.

The game is iconic for its soundtrack; do you have a favourite song from the original game?

I was actually able to bring a couple of bands on board to be part of some of the original games, after they asked me if I knew of any cool music to be associated with the parks.

One of these bands was Millencolin, introduced in Tony Hawk’s Pro Skater 2. They were this band from Sweden who wrote my favourite song, No Cigar. People had never heard of these guys at the time. I was stoked to be able to introduce this band to the franchise, which helped drive exposure for them worldwide.

Fans can check out the official playlist for Tony Hawk’s Pro Skater 1 and 2 now on Spotify (here).

Do you think the game will inspire more people to get into skateboarding?

I believe it will, as there are people out there that would have never acknowledged or tried skateboarding before. Kids are growing up playing games, on their phone or computer, so I believe there will be a whole new generation of skaters that come out of the release of this game, even if it’s a young toddler watching their brother, dad or grandpa playing the game – it’ll definitely influence somebody!