Trusona, a security and authentication platform that helps businesses verify logins without relying on passwords, has raised $20 million in a round of funding led by Georgian Partners, with participation from Microsoft’s M12, Kleiner Perkins, OurCrowd, Seven Peaks Ventures, and Akamai.

Poor password hygiene is a major driving force behind identity theft and security breaches — particularly in businesses, where 81% of all breaches are said to be due to compromised passwords. The underlying problem is that people are not that great at remembering lots of passwords, thus they often reuse the same password across multiple online services, or use a really easy-to-guess password. Or sometimes both.

Founded in 2015, Scottsdale, Arizona-based Trusona provides organizations with the tools to verify their employees or customers more securely, without having to rely on passwords. This may involve biometrics, QR codes, document scanning, and more.

Given that more and more people have become accustomed to frictionless signup and login flows with all the big mobile app providers, anything less than that on other services can come across as a sub-par experience — and that is what Trusona ultimately offers via a software development kit (SDK) that any developer can integrate with their own app.

“We are on a mission to make the online world a safer place by turning usernames and passwords into memories and eliminating compromised credentials,” noted Trusona CEO and founder Ori Eisen. 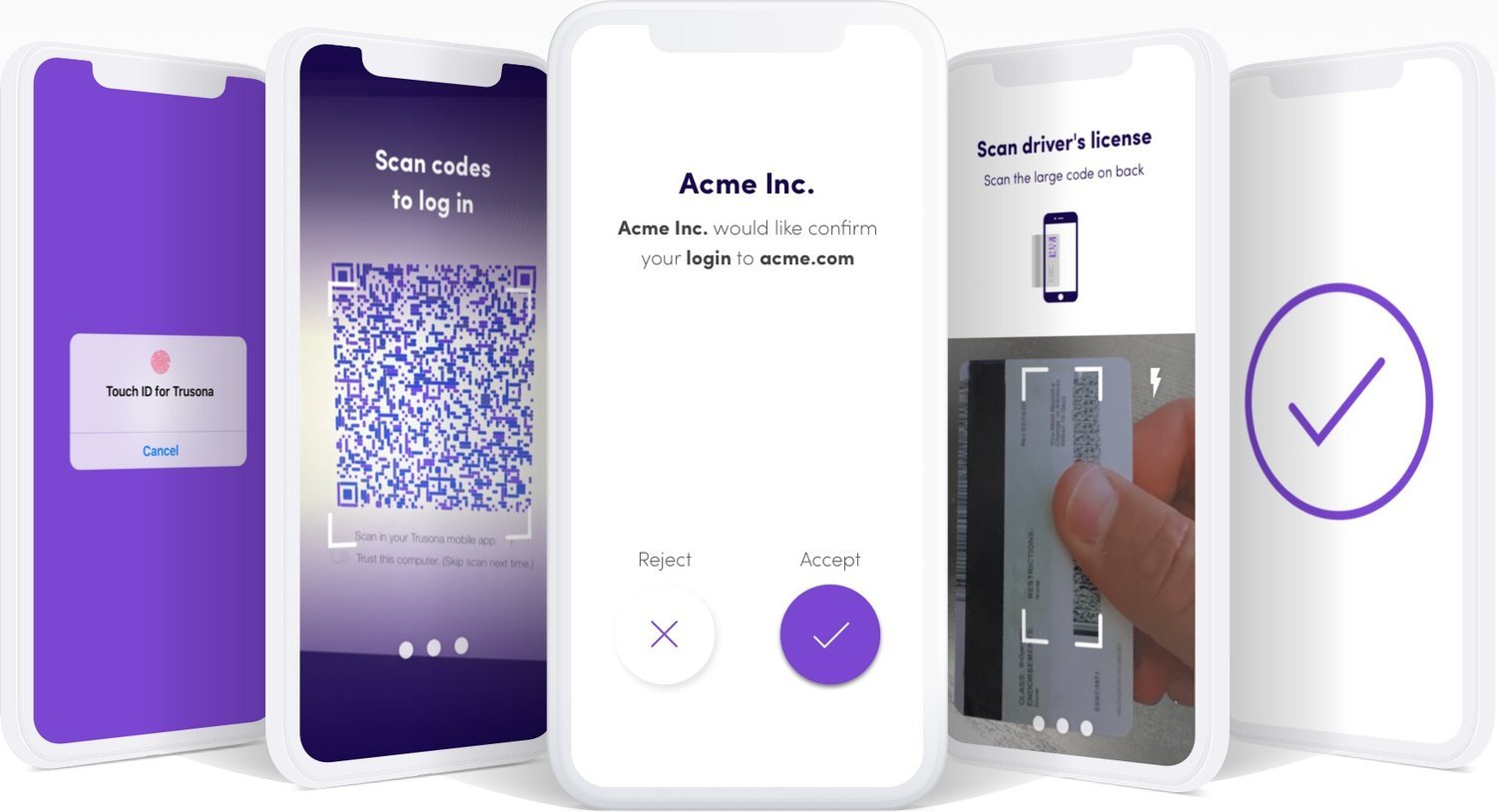 Prior to now, Trusona had raised around $18 million, including a $10 million funding tranche which was led by Microsoft’s VC arm back in 2017. With another $20 million in the bank, the company said that it plans to work on new products and expand its existing services to new businesses.

“This round of funding will not only help us meet the growth in demand for our passwordless authentication solutions, but will also support new breakthrough innovations,” Eisen added.

Judging by recent activity, password management — which effectively moves passwords to the background of the authentication process — is big business. A few months back, popular password management service 1Password raised $200 million, representing its first round of funding in its 14 year history. Shortly before that, rival Dashlane raised $110 million. Elsewhere, Mozilla launched its Firefox Lockbox service for Android users, enabling them to log into native mobile apps using passwords that are already stored in their Firefox browser, while VPN giant NordVPN launched a password management app of its very own.

Global demand for password management solutions in mobile devices amounted to less than $115 million in 2016, according to a report from Grand View Research — but it estimates the figure will rise to more than $2 billion by 2025. Similarly, Gartner predicts that by 2022, 60% of large and global enterprises, and 90% of midsize enterprises, will deploy passwordless verification methods such as biometric authentication “in more than 50% of use cases” — up from 5% in 2018.

“We are seeing increasing demand for passwordless authentication because of how it simplifies and improves the user login experience,” said Rick McConnell, president and general manager for Akamai’s web division. “Trusona’s unique approach complements what Akamai does to register and manage customer identities, allowing our customers to offer great online experiences while reducing fraud and achieving compliance with growing regulatory requirements.”

With all its games looking the same, Ubisoft shakes up its editorial team

Everspace 2 Continues To Shape Up, Showing Promise At PAX South