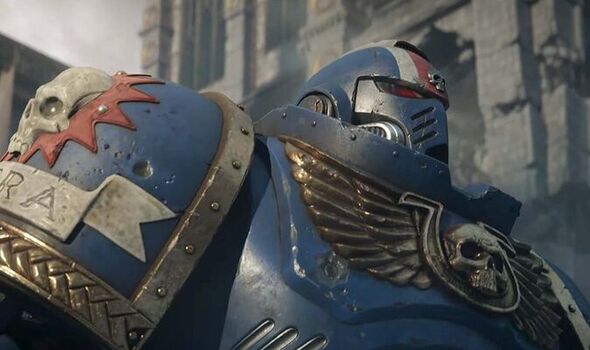 Warhammer fans will find out about some upcoming PlayStation and Xbox games, with news set to drop next week. On Wednesday June 1 Games Workshop will be launching its sixth annual Warhammer Skulls event, which kicks off with a high-profile showcase. The event will reveal news on upcoming games based on the Warhammer series, such as Darktide and Space Marine 2.

New trailers, behind the scenes looks and world premieres are all planned for the major Warhammer gaming event.

And as an added bonus for the week following the event Warhammer fans will be able to take advantage of themed offers.

Announcing the next Warhammer Skulls event, Games Workshop said: “Following on from last year’s success, the ultimate festival of Warhammer video gaming will launch on June 1st with a showcase featuring world premieres, new trailers and behind the scenes sneak peeks for upcoming titles like Warhammer 40,000: Darktide and Warhammer 40,000: Space Marine 2. ​

“Viewers will also be joined by none other than Clive Standen (voice actor of Titus, Space Marine 2) as he introduces this year’s showcase.”

The Warhammer Skulls showcase takes place at 6pm UK time on Wednesday June 1 and you’ll be able to tune in on Twitch.

Simply head to the official Warhammer Twitch page to watch all the announcements unfold.