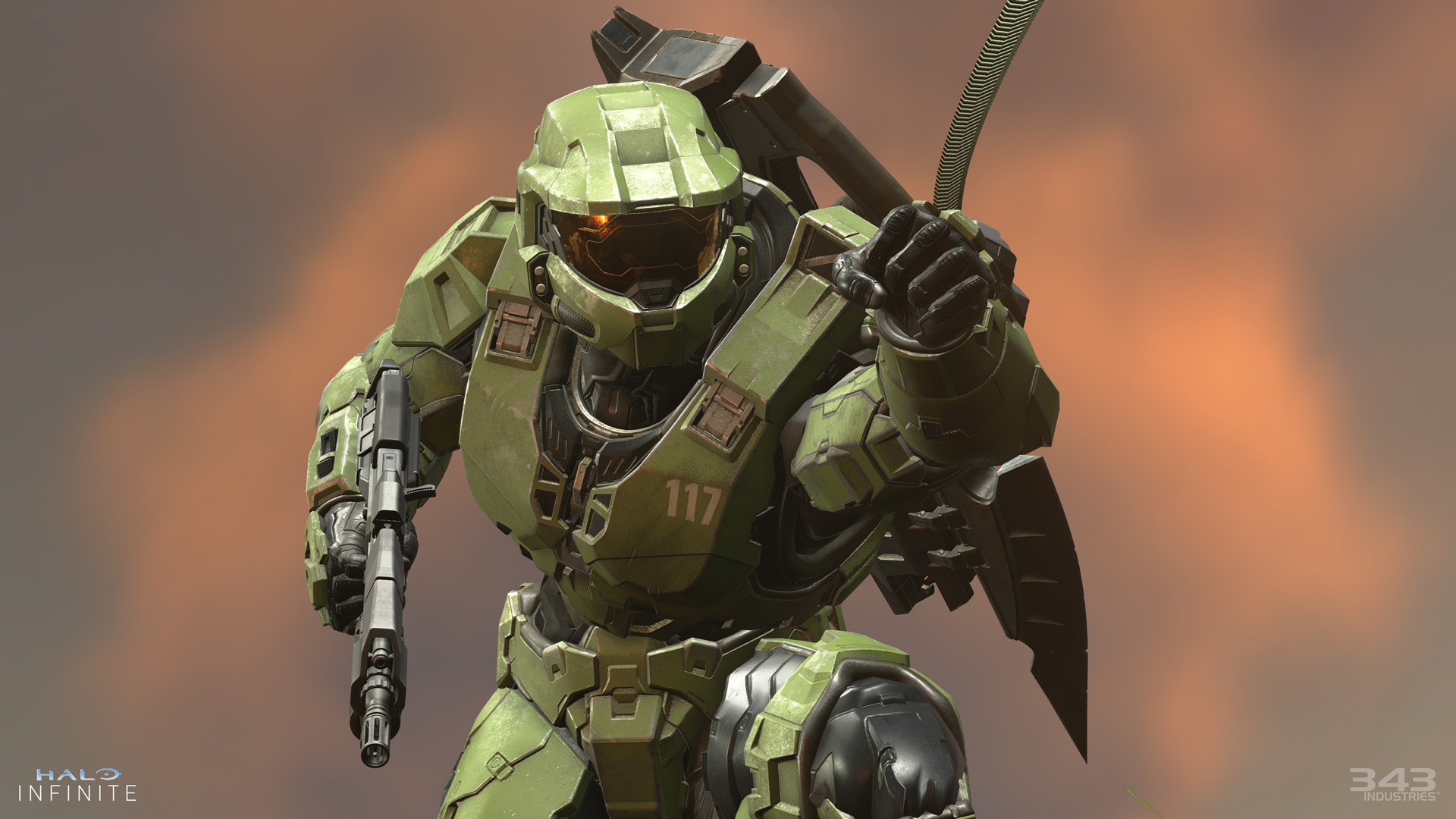 Readers discuss the games they’re most excited about for the rest of 2021, including Battlefield 2042 and the next gen Skyrim remaster.

Christmas is getting closer and unfortunately the release schedules are not getting any plumper, with the pandemic resulting in one of shortest line-ups in living memory, but we wanted to know what you’re most looking forward to and why.

We heard from a lot of happy Xbox fans but other than that the only games that seemed widely anticipated were Battlefield 2042 and the Skyrim and GTA remasters.

One guarantee
For the first time in a long while I’m thinking I’m glad I’m an Xbox gamer this Christmas, instead of PlayStation. They’ve got nothing and I’ve got Forza Horizon 5 and Halo Infinite on the way – which I don’t have to pay a penny extra for because they’re on Game Pass.

Beyond that I am vaguely interested in Battlefield 2042, but I haven’t got the time or passion to get good at multiplayer anymore, which is why I hope they nail the story campaign for Halo this time, instead of whatever Halo 5 was supposed to be.

Forza Horizon 5 has already got rave reviews so that’s a guaranteed non-disappointment. It’d be nice to have some other games, but at the moment I’m having a hard time getting excited about anything else when Elden Ring is on the horizon… beckoning me.
Murphy

Elementary choice
Looking through the release schedule there isn’t anything that stands out as particularly exciting in the run up to Christmas. Lots of good games but mainly familiar names with sequels and remasters.

As for me, I’ve got a soft spot for Frogwares so the new Sherlock Holmes game is top of the list. I just hope there’s not too many action sequences. They’ve never been very good at those.

Also, I’m going to end up buying Skyrim again, aren’t I? I’ve put dozens, if not hundreds, of hours into the PlayStation 3, 4, VR, and Switch versions and have yet to complete the main quest! Maybe this time will be different?! Plus, the snowy landscape will help bring on the festive spirit.
Adam

Supporting Spencer
I’d been considering getting an Xbox Series S, as my old Xbox One controller had suffered one too many falls from the coffee table and was missing some of its functionality. I wondered whether, though they’ve generally been in stock and not difficult to get hold of, that situation might change once Forza Horizon 5 and Halo Infinite are out.

So I went ahead and, doing my bit for Phil Spencer’s bonus, took out a Game Pass subscription and currently I’m pre-installing Forza Horizon 5. It’s going to be good, and I know I’ll get months out of its varied races and events. Fingers crossed for Halo as well, as I’ve missed it and just hope they make it more fun than Halo 5. I don’t often play online so am eager to get to grips with the changes made to the gameplay in the main campaign.

Those are two pretty major titles, but I’ll be keeping an eye out too for new lower key releases.
P. Thomas Donnelly

Worst. Christmas. Ever.
I felt sure there should be more, but now I think about it the only new game I’m guaranteed to get this Christmas is Grand Theft Auto: The Trilogy – The Definitive Edition. I’ll probably pick it up myself though, as soon as it’s out, because I don’t want to be glued to the screen on the big day.

As a PlayStation 5 owner it’s obviously the lack of Sony exclusives that is behind this but it’s definitely slim pickings. Online multiplayer isn’t really my thing so that means my only big name choices are oh… there is nothing else. No Assassin’s Creed, nothing from Sony, Bethesda aren’t multiformat any more – it really might be the worst Christmas line-up ever.

Ruled out
I have to say nothing now.

It was Battlefield 2042 but that ship has been torpedoed, exploded, and sunk into the Mariana Trench. I pre-ordered the game to get early access to the beta, safe in the knowledge I could cancel it, which I’ve now done. The beta didn’t do the game any favours, being a bug-ridden mess, but it’s the direction the game is being taken that put the nail in the coffin.

Abandoning the class system in favour of set specialists a terrible decision. It reeks of future monetisation via sellable skins and I get very strong vibes of the Battlefront 2 launch greed. The larger 128 player battles being fought by only 10 individuals who are cloned on both sides is pretty immersion breaking and working out which of the 20 clones is on your team was a massive issue.

Trying to turn Battlefield into a character shooter with grappling hooks, reflective shields, and wall hacks I strongly disagree with, and they have no place in a Battlefield game. There was absolutely none of the role-based team-play the series is famous for. The cross system that lets you magically reconfigure a weapon also doesn’t sit well with me.

Vehicles were either ridiculously overpowered (helicopters) or useless (planes) but all felt awful to use. The maps are far too big, get stuck without a vehicle and you’re running upwards of 500m to get to some action, with the risk of being killed as soon as you get there.

Many are pinning their hopes on the Portal mode, allowing user created experiences with, on paper, incredible flexibility, but I’ve yet to be convinced of how easy it will be to create these and then easily find something that I want to play. It’s up to the players to save the game via this mode before it’s even been released it seems.

At least Metroid Dread was brilliant, especially for the £35 I paid for it.
Astartespete

10 years later
I think it says everything when the Christmas game I’m most interested in is the PlayStation 5 version of Skyrim, which will be 10 years old at that point.

Obviously that means I can’t complain about too many rehashes and sequels but whatever they are I’m not interested in anything else that’s coming out this winter. Thank god next spring looks so good (can’t wait for Elden Ring!).
Bosley

Christmas gaming
I’ve already started lining up the games I want to play across December and January, although none of them are technically brand new releases, as there isn’t much that’s still to come out that I’m interested in. Especially since the Advance Wars double pack has been pushed back and, having never played one, I was interested in what GC would say about it.

I don’t own an Xbox right now, so the new Halo and Forza aren’t on my radar. As it stands the most likely game to entice me to get one would be Starfield, if it turns out well.

But the lack of any big new Christmas game I’m hyped for doesn’t upset me because I still haven’t played Spider-Man: Miles Morales, The Forgotten City, Death’s Door or Metroid Dread. The first two I’m planning for PlayStation 5 and the latter two for Switch (if Death’s Door runs OK on it).

Miles Morales, in particular, seems like it’ll be an ideal Christmas game and I think all four represent a healthy and lean set of courses running up to and over the holidays. I was a bit resentful of Metroid being Nintendo’s main core autumn title because I don’t think the Switch needs more 2D Metroidvania games, and I think it definitely needs more big, fresh high effort output from its most talented first party teams. But the recently added demo, your enthusiastic review, and the positive word of mouth means I’m keen on it now.

Anyway, I’m no less excited about what’s in store than I am in any other year. Especially since my recent backlog activity has involved me getting too bogged down in bloated and overly familiar open world games.

Talking of open worlds, and regarding the games I’m most disappointed aren’t coming this year, although it was never official in either case I imagine late 2021 was at one point an intended release window for both Elden Ring and the Zelda: Breath Of The Wild sequel.

Both are easily my most anticipated pipeline games but I’ve got plenty to get on with so I’ll be happy if Elden Ring makes its new February date and Zelda is at some point in 2022 (although I’m still not putting money on the latter).
Panda

Until next year
I am not really going to be buying any more games in 2021 or until the PlayStation 5 is in my possession. Returnal from April (which I have only just received) will keep me entertained amongst the backlog of other games. Returnal is the type of game which will keep me going and going, like any good Soulsborne game before it.

Hearing streamers and other gamers’ reactions to the explaining of the lore keeps me fascinated. The deeper you get into the games the more you get out of them. I am loving the darkness and the mood of it all. I don’t need to have happy or good feeling moods when gaming, more of a zen and adrenaline rush when moves and levels are done in style and uncovering more of the mystery. Such a good game and I would love to report on it more as I advance.

In 2022 I’m looking forwards to purchasing Elden Ring, Horizon Forbidden West, and maybe Far Cry 6. Possibly Star Wars: Knights Of The Old Republic if the signs are good. But 2021’s Christmas is already sorted and I can’t wait to have more time to get stuck into the games chosen for the festive period, including Martha Is Dead on the PlayStation and Little Misfortune from the iOS store for my mobile goodness.

Either way I am sorted, and I can’t say yet if 2021 has been the best year for releases with games, but it’s had a fair share of absolute beauties like Resident Evil Village and Kena: Bridge Of Spirits, etc. So I can’t complain about not having choice as I see plenty now and on the near horizon. You better believe it!
Alucard