Early in the Weird West, you will come across your first Nimp Relic. This is a magical item that's sole purpose is to improve your character as you use them to acquire new abilities. Each protagonist has their own set of individual powers as well as a litany of weapon-based ones.

Every one of them is different, but they all have the same purpose of helping you thrive in the dangerous world of the Weird West. In the early stages of the game, it can be tricky to figure out which powers you should learn. And you don't want to waste your hard-earned Nimp Relics. So, here are some good ones to pick up first. 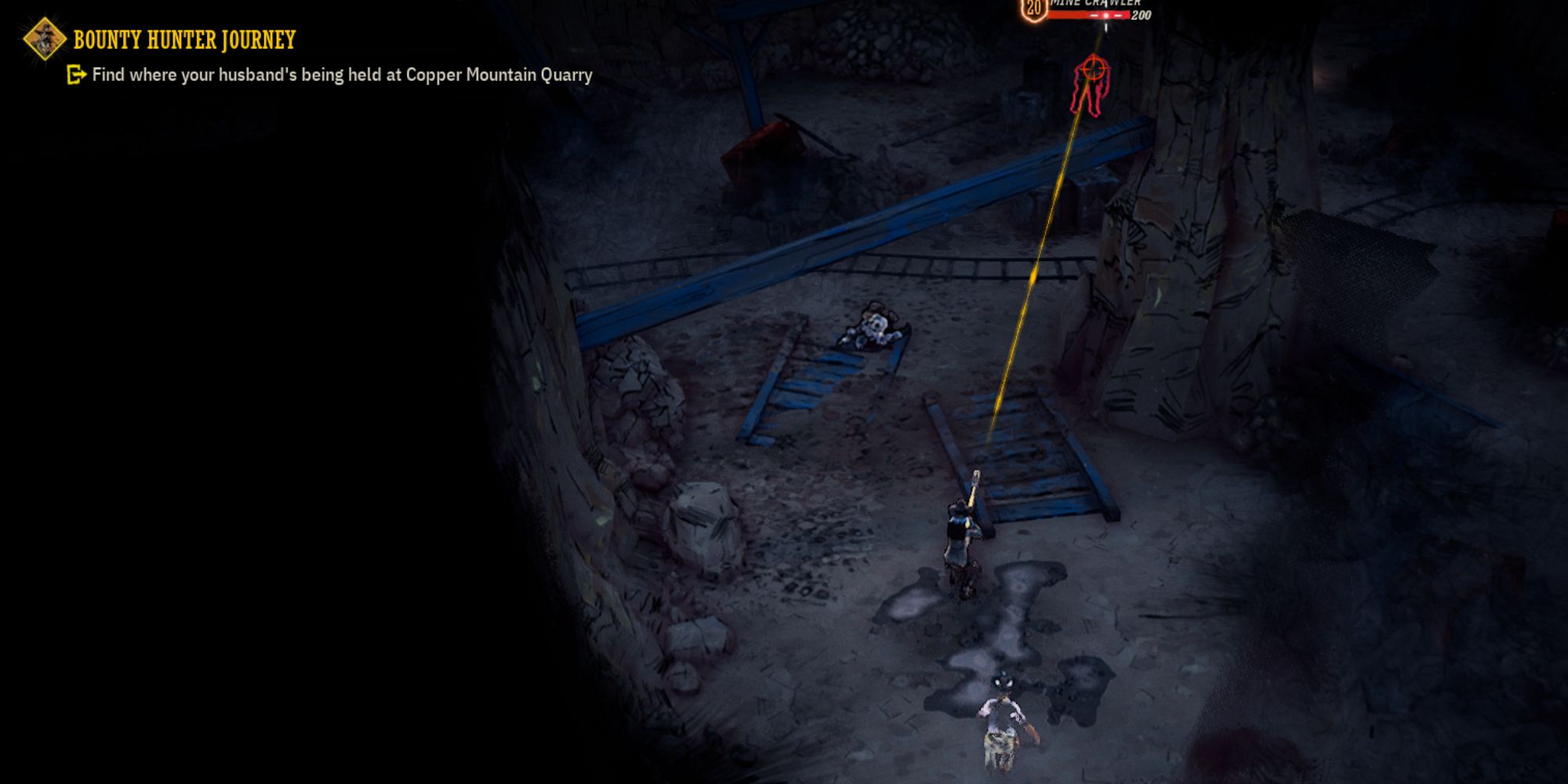 It's unlikely that you'll get your hands on a bow until you are a few hours into the adventure. As a result, your options for stealth weapons are limited. In fact, the only way you can quietly take someone out from a distance is the Sentry Silencer ability.

This skill makes your next rifle shot silent while increasing your damage to unaware targets by 200%. With it, you can kill anyone and avoid getting their allies' attention in the process. Of course, others will be able to see the corpse, so make sure to hide it in some bushes. 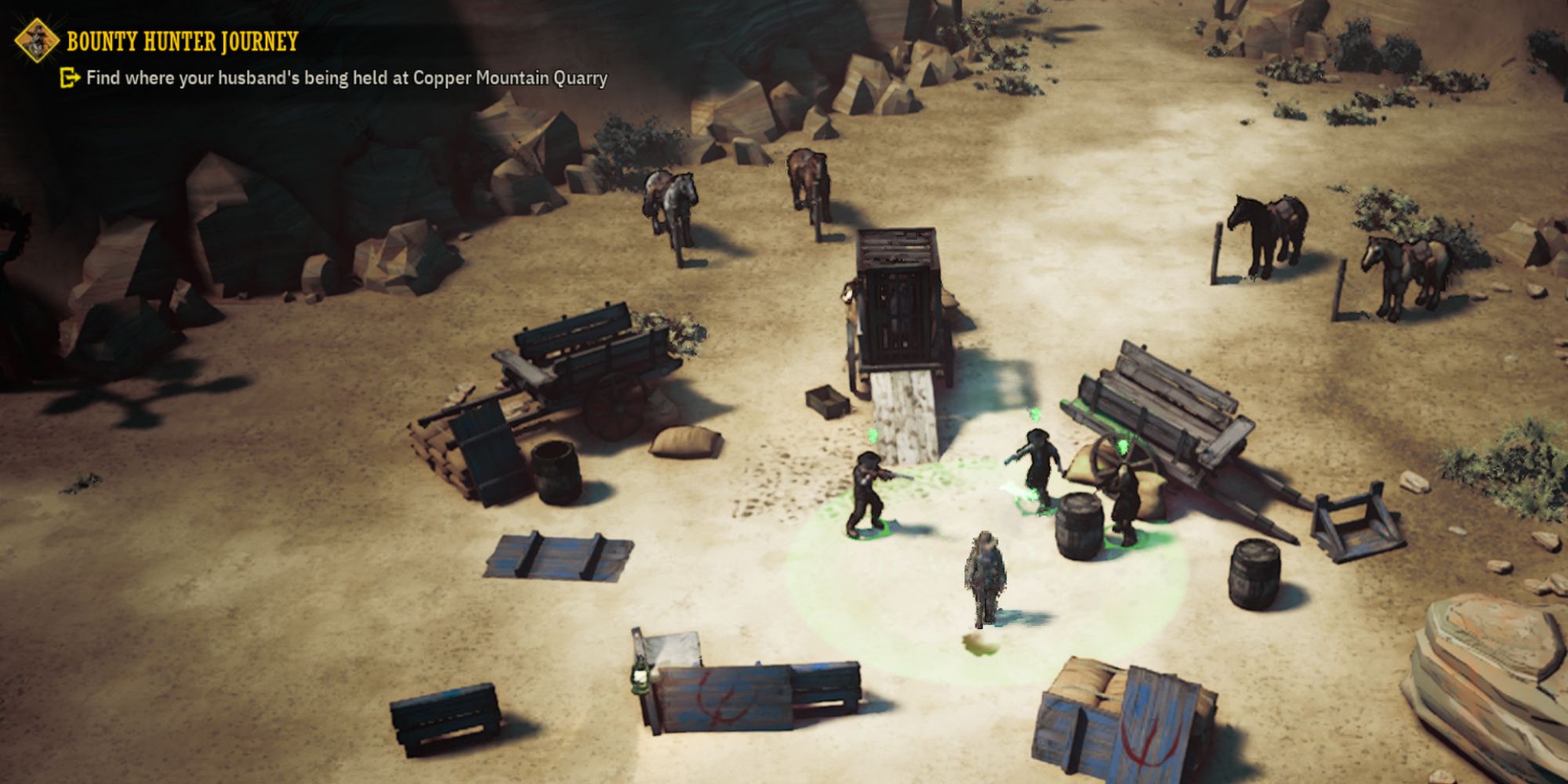 When you use the Charm ability, any nearby enemy turns into your ally for a short time. During this period, they fight their own teammates. Yet, the damage your victims do to other enemies isn't what makes this power great. This ability is useful because it takes some heat off of you.

Often in the game, you will have people running up to you and trying to take you out. And sometimes, if many of them progress at once, you can be overwhelmed. If you use Charm in these situations, you can give yourself some breathing room as they scrap among themselves. 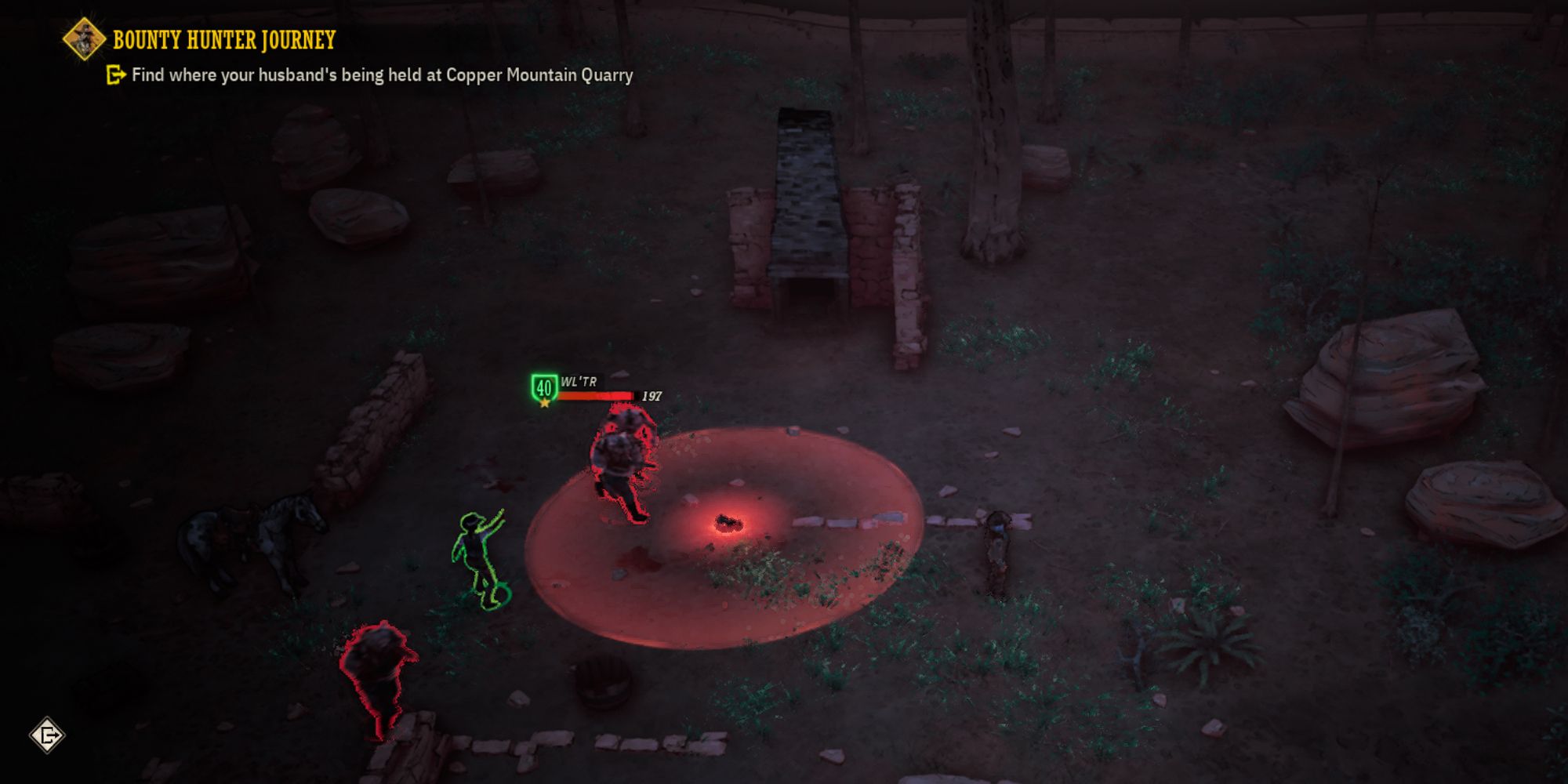 During the game, you can pick up several projectiles that will wipe out multiple people at once. They're great, but Jane can't throw them very far, and you're likely to be seen while doing it. Therefore, for stealth missions, the likes of dynamite and lightning in a bottle aren't the best.

The Shrapnel Mine works better as you can place it in a spot where you know an enemy will walk over it, and then you can hide. When an adversary steps on the mine, they will explode, as will any of their nearby buddies. 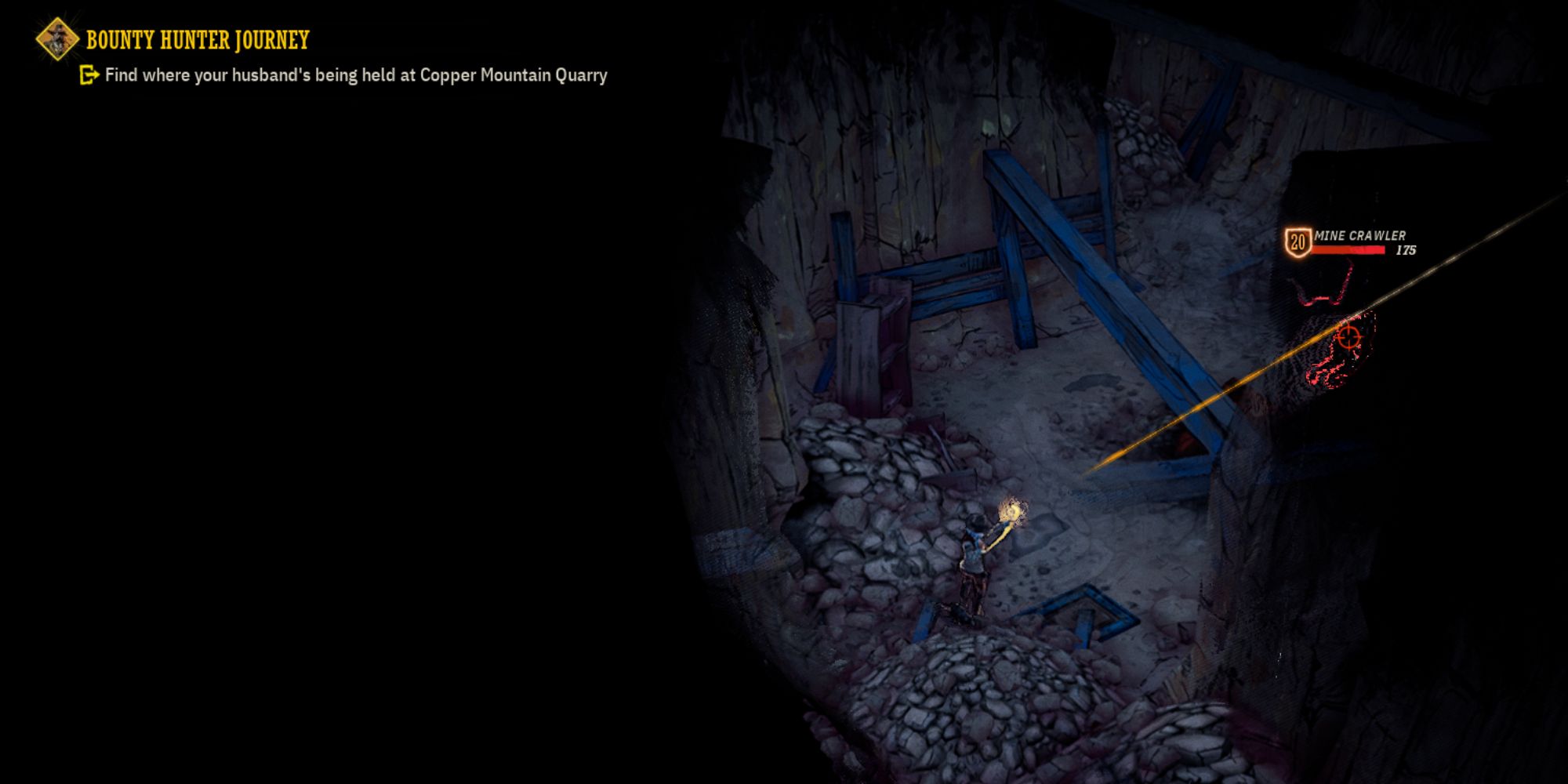 When you get your hands on a bow, the Ambush Arrow is one of the first abilities you should get. After you activate the power, your next shot will stun whoever you hit. This can be used to your benefit in a number of ways.

For instance, you could choke the stunned target out and hide their body in some greenery to remove an enemy from your sneaking route. Alternatively, if you're being attacked by several adversaries at once, you can stun one to temporarily take them out of the fight while you deal with others. 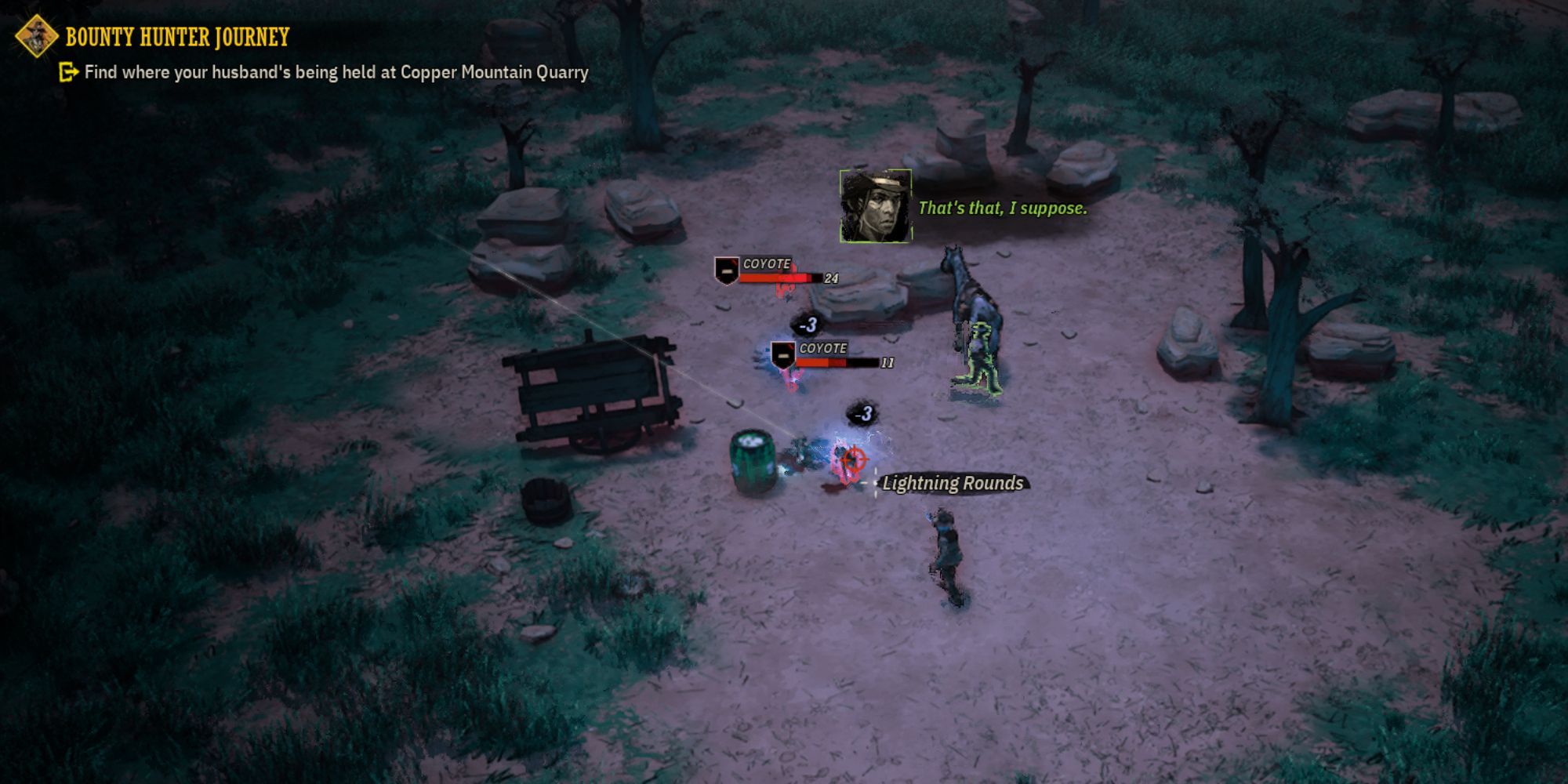 The pistol is the first weapon you receive during your adventure. And it remains a vital gun throughout the game. So, it's only natural that you want to make it effective as possible. A good way to do that is by acquiring the Lightning Rounds ability.

The power allows you to fire electrified bullets at your enemies for a short time. Naturally, they do significant lightning damage to your opponents, especially if the victims happen to be wet at the time. 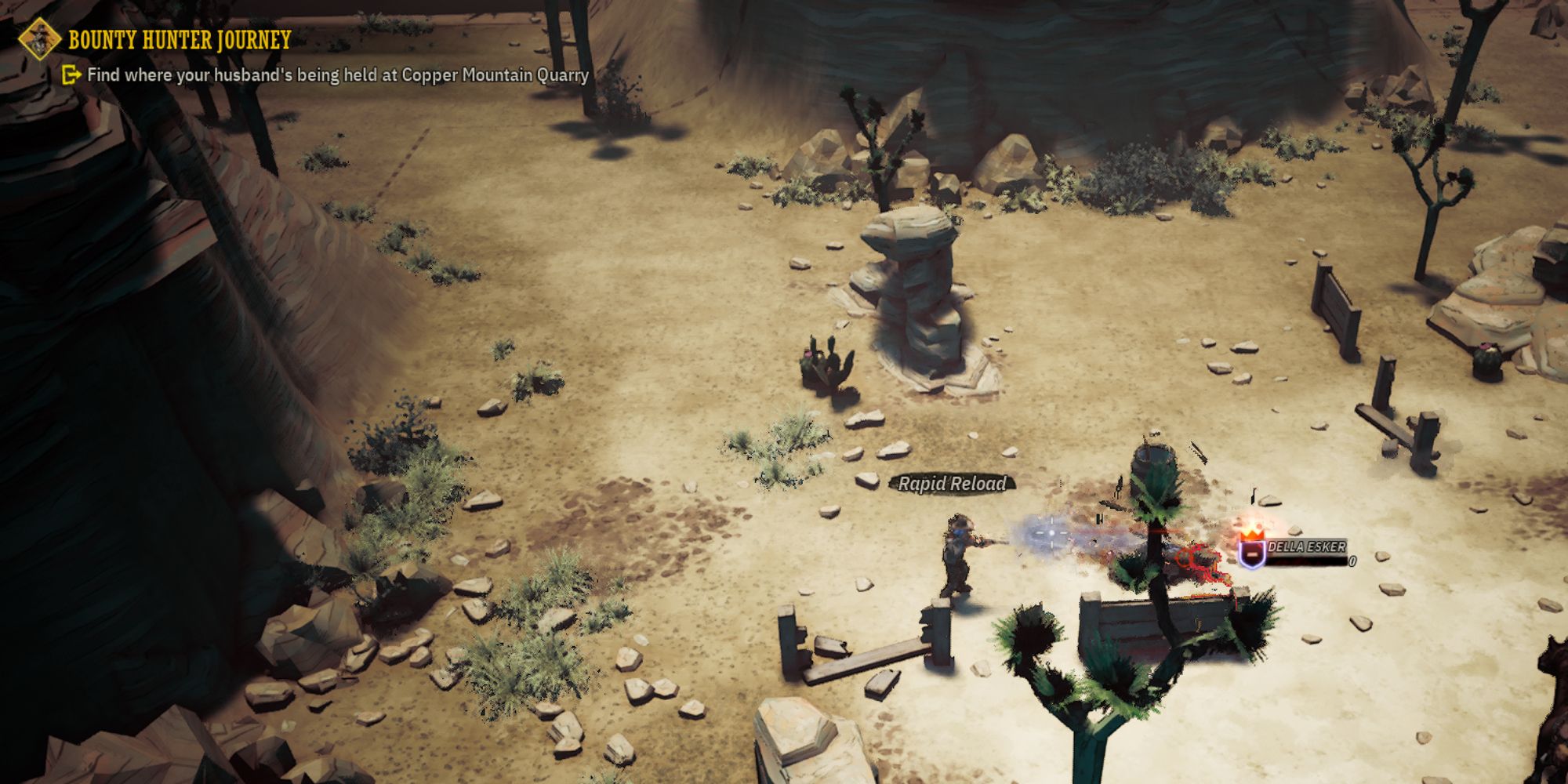 A decent shotgun generally does plenty of damage in Weird West. Yet, they don't tend to contain many shells per round. Therefore, when you're fighting multiple enemies at once, it won't be long before you must reload. As a result, you can get taken out while you're trying to put more shells into your weapon.

This is why Rapid Reload is such a good power. For five seconds, you can fire as many shells as you want without needing to reload. So, anytime you have a group of creatures or evil outlaws descending on you, activate the ability and gun them all down.

Right Between The Eyes (Rifle Abilities) 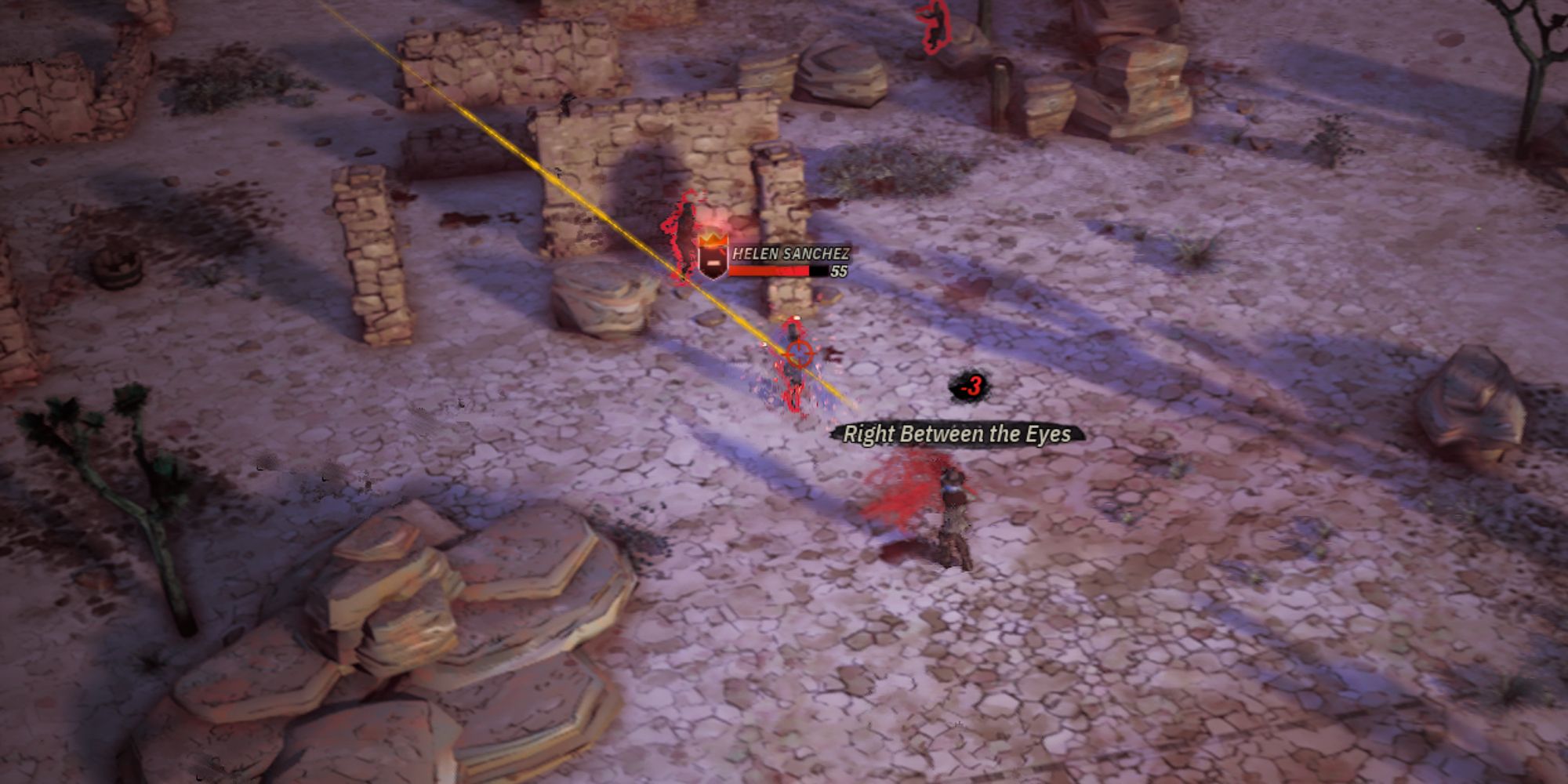 Your rifle is usually one of the most powerful weapons in your arsenal. With the Right Between The Eyes ability, you can make your next shot with the weapon even deadlier. This is because, with the power, that next bullet is a guaranteed critical hit.

As you'd expect, it does plenty of damage to whoever is on the receiving end of the shot. And as there are no true power weapons in the game, this ability is handy when you're against the most dangerous enemies in the game. 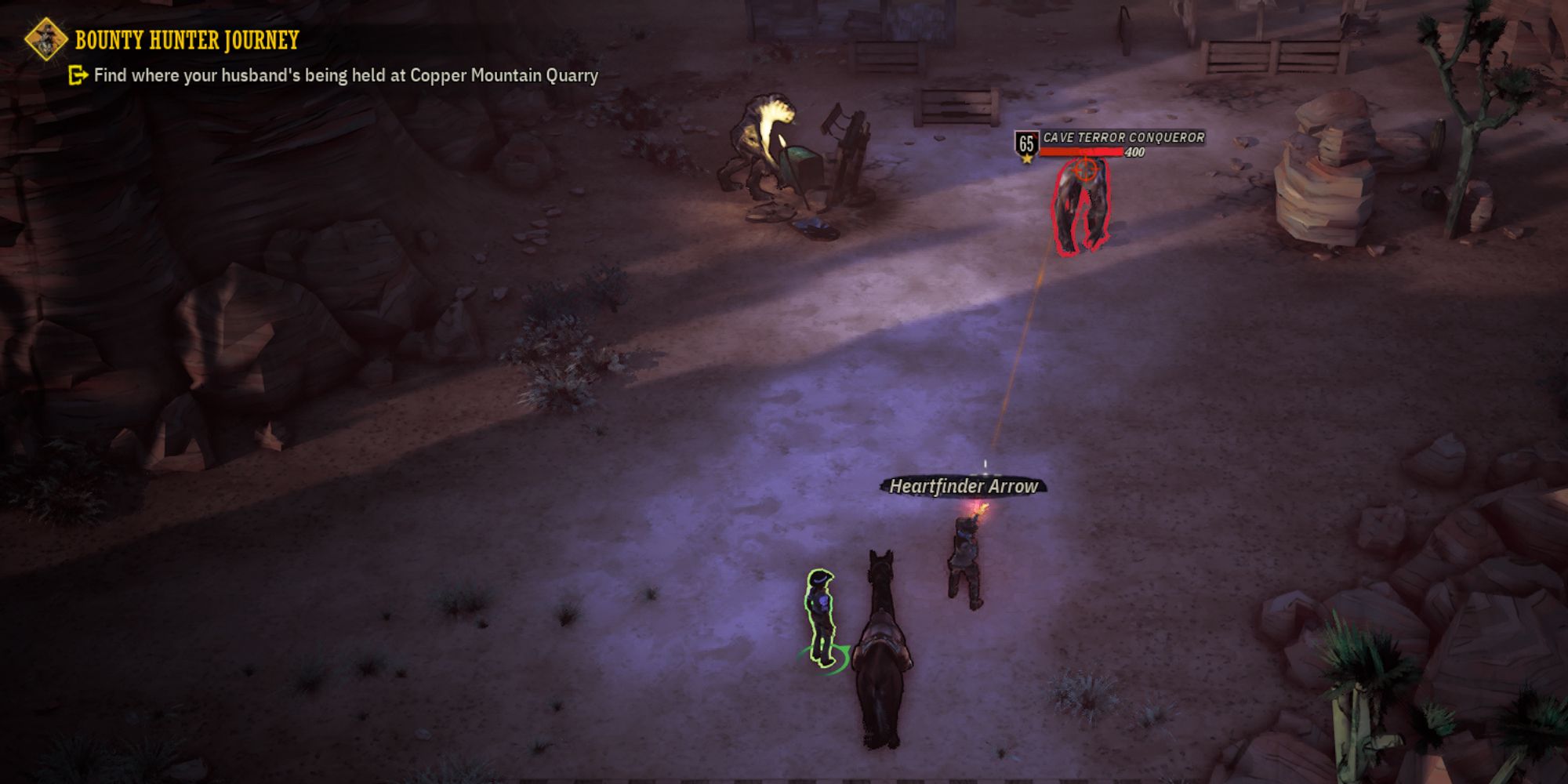 The basic bow is useful because it doesn't make any noise. However, you can't say it's the most destructive tool in your arsenal as arrows don't do too much damage. But you can make them more effective with the Heartfinder Arrow power.

The ability makes your next arrow ignore the target's armor protection, plus it makes them bleed for ten seconds, which is another bonus. Therefore, if you like to use the bow, the Heartfinder Arrow ability is a must-get.