What Are Radiant Cards In The Pokemon TCG?

Is it a tired cliche to say that the Pokemon Trading Card Game is constantly evolving? Yes. Is it true? For sure. The Pokemon Company International has seldom shied away from tossing new mechanics into the game, and while not everything's been a hit with the fans, the bulk of their additions in the Sword & Shield era have been solid.

As of this writing, we're approaching the final months of the Pokemon TCG's spotlight on the Galar region, but that hasn't stopped the developers from introducing yet another twist in the form of Radiant Pokemon. What are Radiant Pokemon? Why should we care? And are they worth hunting down through the special Pokemon GO set's limited-availability expansion packs?

Technically, some of those answers are going to be subjective. But we'll do our best to answer them all.

What Are Radiant Pokemon? 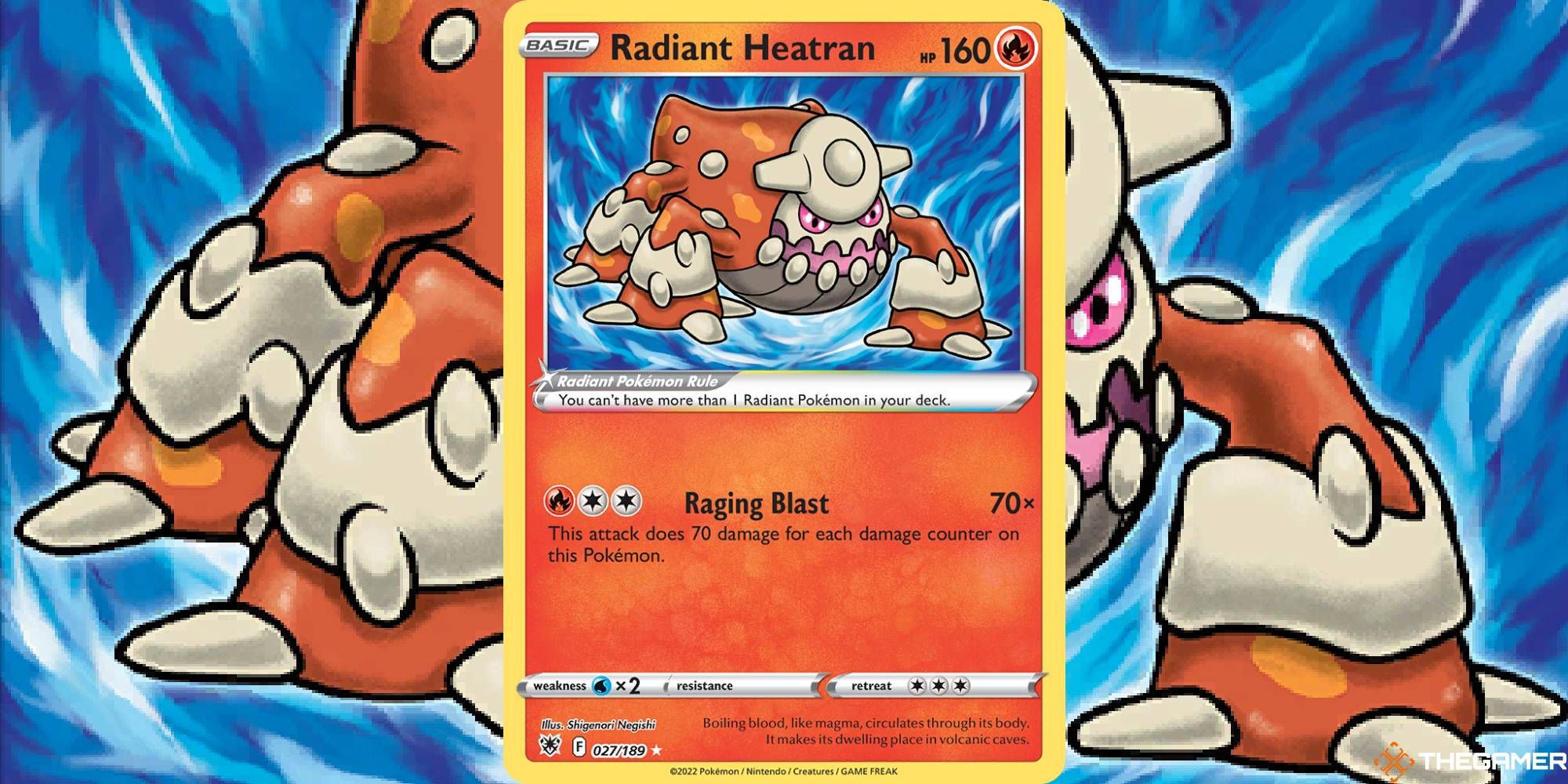 Radiant Pokemon are shiny. Just don't confuse them with other instances of the same thing. Contrary to Shining Fates' Shiny Vault, these cards not only feature illustrations of alternately-colored Shiny forms; their holography process has also been revamped. Apart from the monster boxes — that is to say, the rectangular sections of the card that house a Pokemon's depiction — the entire card is given a holo foil treatment, and in a unique new style that feels a bit more "disco-ball" than past iterations.

So, they're pretty. In fact, we would go so far as to say they're quite pretty. But Radiant Pokemon also serve a particular purpose. Radiant Pokemon are all Basic-tier, including cards for Pokemon that are typically considered Stage Two. In this sense, they're not unlike V, VMAX, and VSTAR cards. You don't need a Squirtle and a Wartortle in order to send Radiant Blastoise onto the field, just as you don't need a Charmander or a Charmeleon for Charizard V.

Broadly speaking, Radiant Pokemon eschew the sky-high HP of their modern V-related cousins. This keeps them from handing your opponent two prize cards upon their defeat (or even three, as is the case with VMAX). In an era of the Pokemon TCG card game that is dominated competitively by lightning-fast duels between these titans, a Radiant Pokemon can be a great way to slow the tempo and come out of the gate swinging hard. 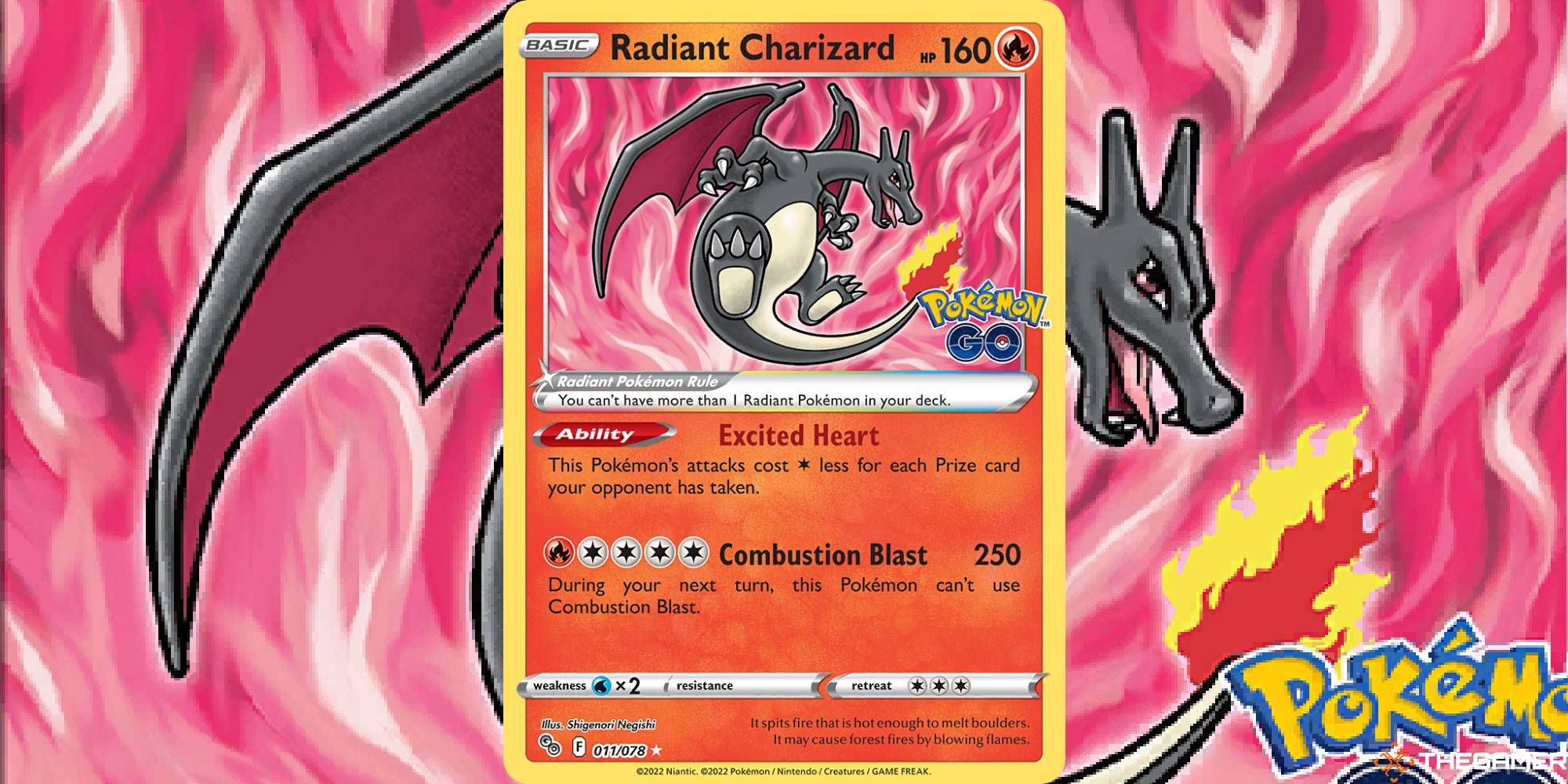 The Pokemon Trading Card Game has flirted with going overboard in powering up certain types of cards for a long time. Players can turn to VMAX and VSTAR for this, but earlier eras often went the same direction. It's inevitable that specific categories of Pokemon cards will come to rule the battlefield.

So, the question isn't so much whether Radiant Pokemon are powerful. It's a matter of whether they can stand toe-to-toe with VMAX and VSTAR. The answer? Not necessarily, but they aren't designed to be.

Let's take a look at Radiant Heatran. With 170 HP, it's mincemeat if it's sent out against most of the metagame's hottest V species. In a one-on-one fight, and if your opponent goes first, most Radiant Pokemon will be obliterated. But Radiant Pokemon often come with eyebrow-raising perks.

Moving on with our Radiant Heatran, note that its sole attack costs one Fire Energy and two Colorless Energy. That's not too bad at all. How strong is that attack? Raging Blast deals 70 damage for every damage counter on Radiant Heatran. This is not a Pokemon you want to hit without taking it down in one blow. At maximum potential, with no Pokemon Tools or similar advantages, Raging Blast peaks at 1,050 damage.

Whatever it is your Radiant Heatran is up against, even if it's the mightiest VMAX that ever did VMAX, it's toast. So, yes. Radiant Pokemon can be great. 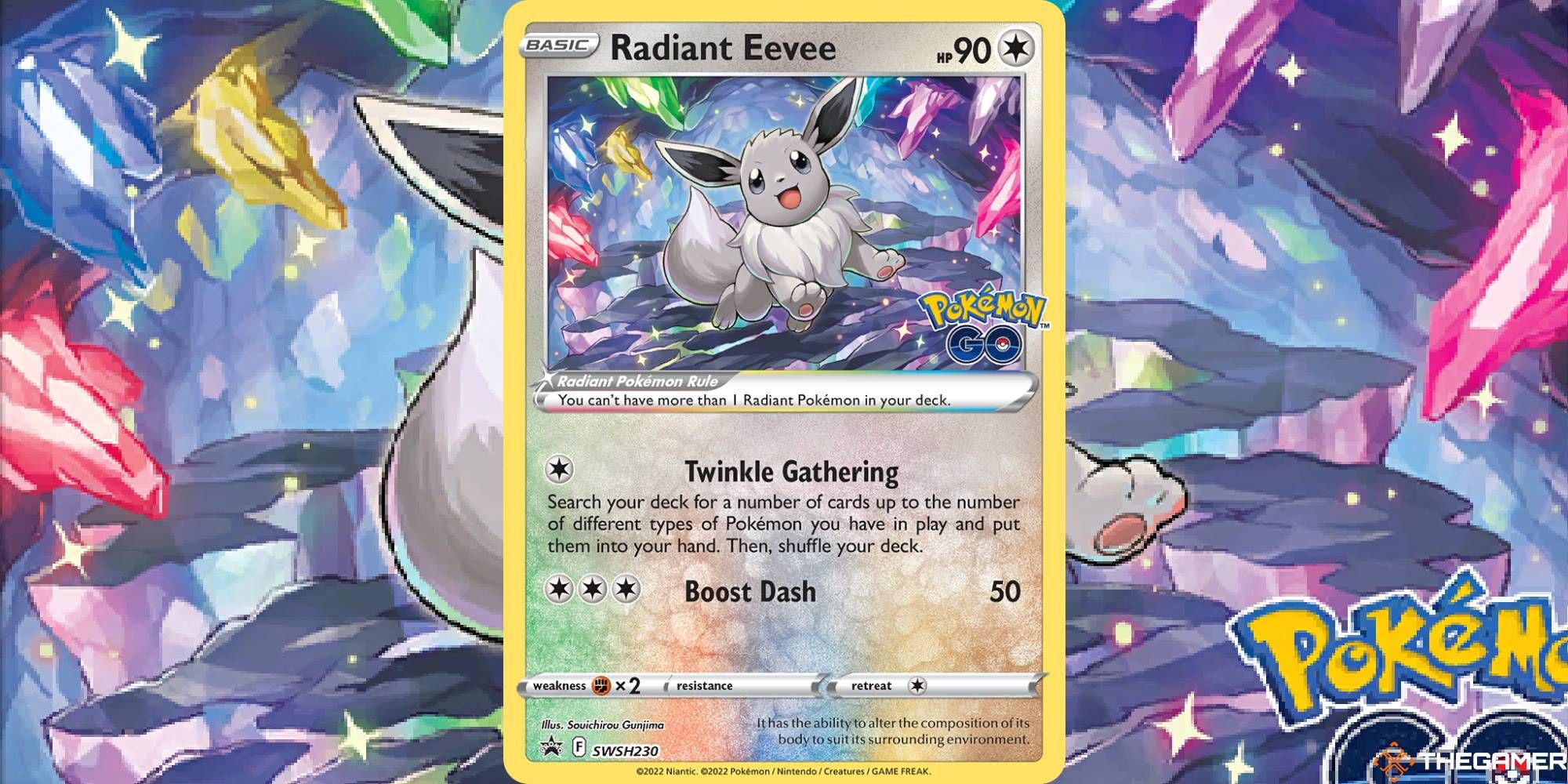 With so much oomph, it's easy to envision a meta that sets most other Basic Pokemon aside for a veritable army of Radiants. Certain tournament-winning deck compositions would remain unfazed, but plenty of others would morph into some sort of Radiant Trading Card Game theme deck.

The Pokemon Company International, no doubt well aware of this, has established an important rule: players may only place one Radiant Pokemon in their deck. That's one card out of all sixty. It turns your Radiant Pokemon pick into an ace up your sleeve — maybe you'll fancy an early obfuscation like Radiant Venusaur who Burns, Poisons, and Confuses your opponent and dishes 90 damage. Ouch.

Radiant Venusaur, by the way, is part of the Pokemon GO special set. It's not a full-fledged expansion in the traditional sense, and there are (at least currently) few ways to obtain cards. One does not simply purchase Pokemon GO TCG booster packs; they must be part of a package deal, like the Radiant Eevee box that contains the titular cutie as well as eight packs.

Does the scarcity of certain Radiant Pokemon right now justify spending potentially a ton of cash hoping to snag them? Our recommendation is not to go too wild with this unless you're a hardcore collector. The Radiants from the Pokemon GO set are all great cards, but none of them are must-haves for a powerful deck. Plus, you can get other Radiant Pokemon through their introductory expansion, Astral Radiance.