Tiny Tina's Wonderlands is a fantasy game where you play as your own Dungeons and Dragons character! You'll adventure through various maps that put a spin on common fantasy archetypes.

There are a bunch of different kinds of collectibles to find as you go. Just about every map will have an Ancient Obelisk and a Rune Switch, as well as Lost Marbles, Lore Scrolls, Poetry Pages, and Lucky Dice. We detail how to find all of them in the Wargtooth Shallow in this one convenient article!

Where To Find The Ancient Obelisk (x1)

The Ancient Obelisk on this map is incredibly easy to reach. You just need to veer off the path to the left, immediately after you spawn into this area for the first time. 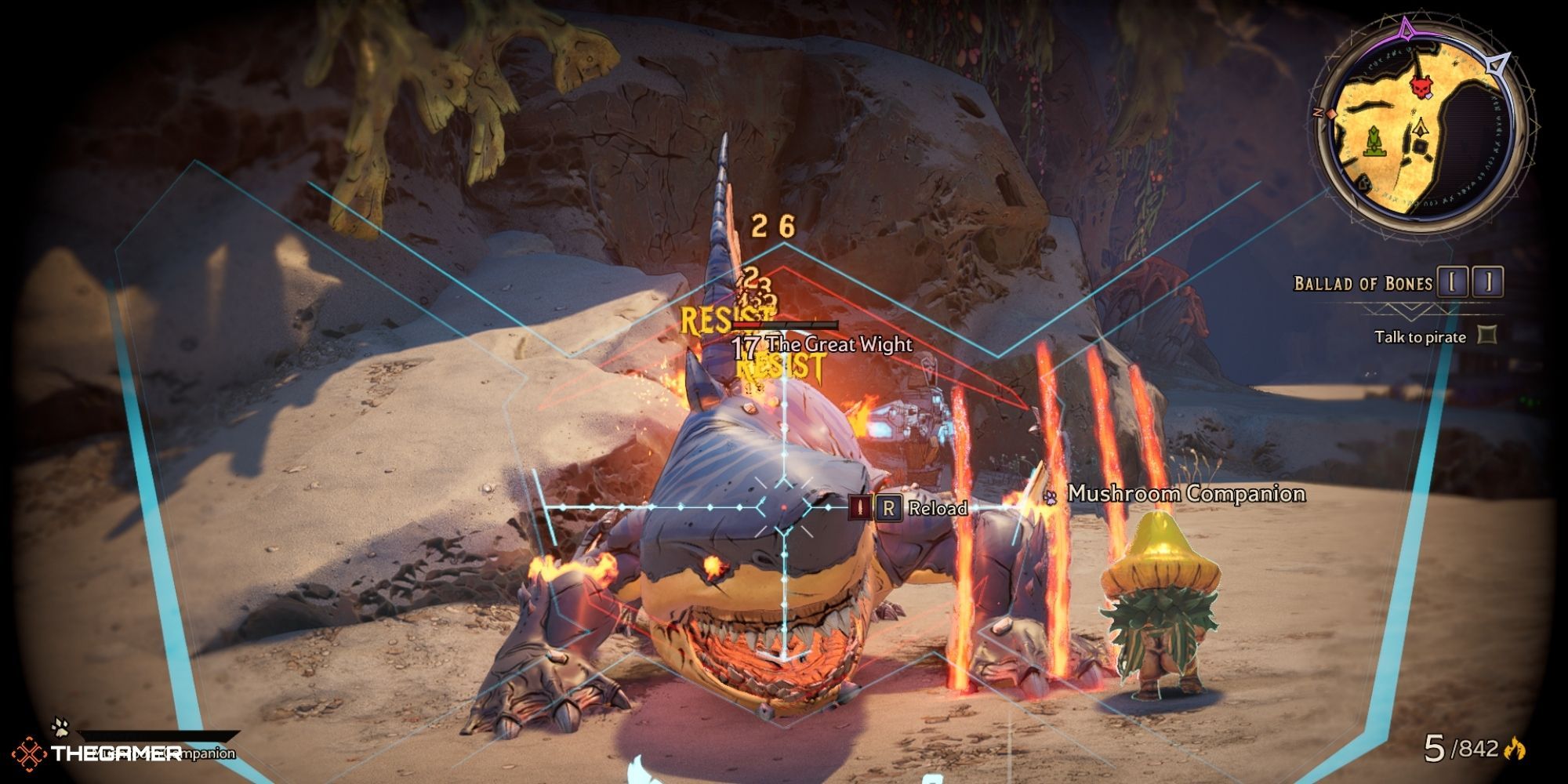 Ancient Obelisks are special challenges. When you interact with them, they spawn enemies and, eventually, a unique boss to defeat. In this case, it's an especially vicious Dogfish called The Great Wight.

Where To Find The Lost Marbles (x2)

The first Lost Marble is also close to the entrance to this map and the Ancient Obelisk. It's up on a ledge, but the Amnesiac may note that it's there if you approach from below. You'll have to go all the way around to reach it. 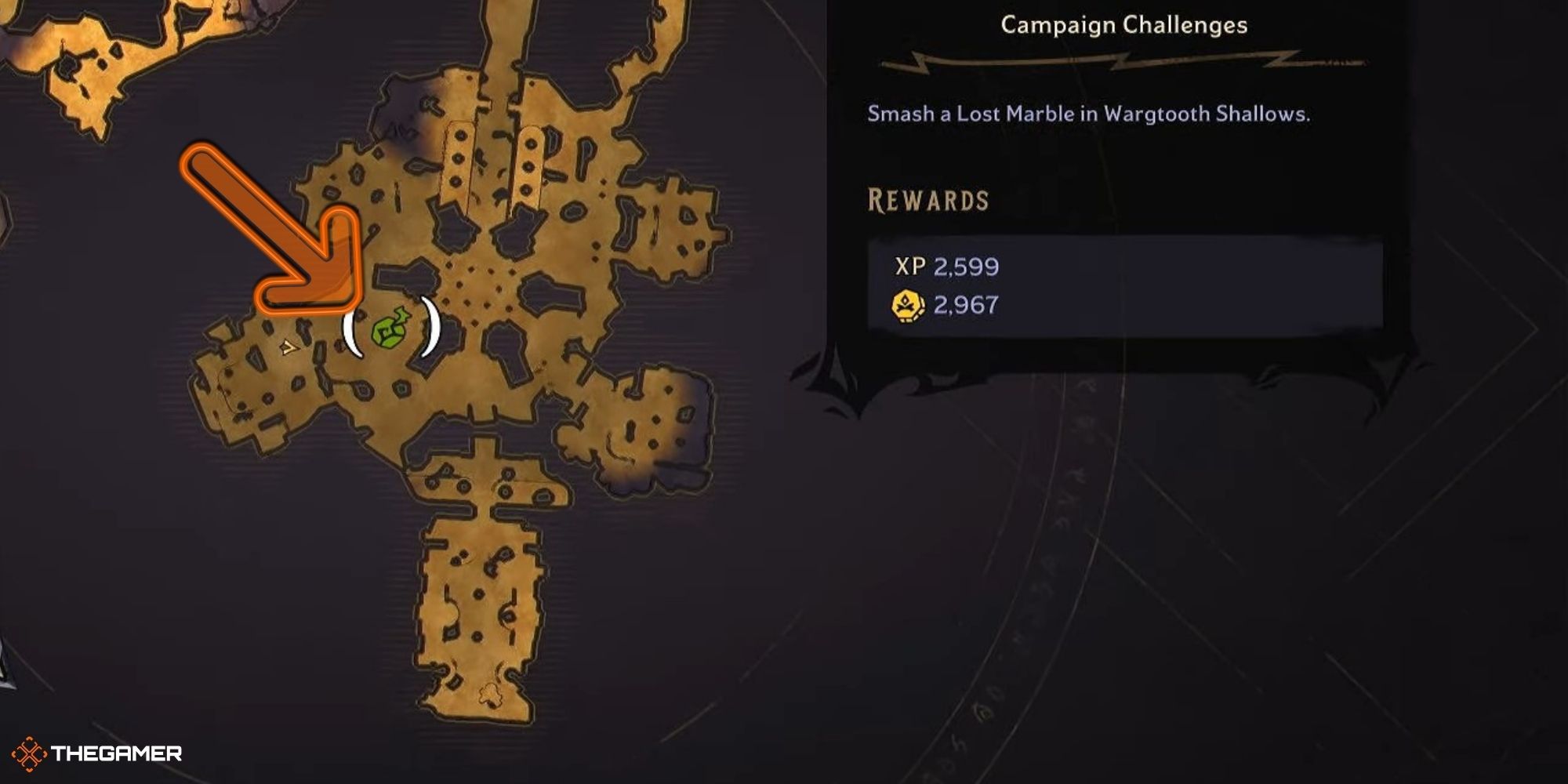 The second Lost Marble is in an ancient temple. To get access to it, you'll need to work through the Twenty Thousand Years Under The Sea side-quest. 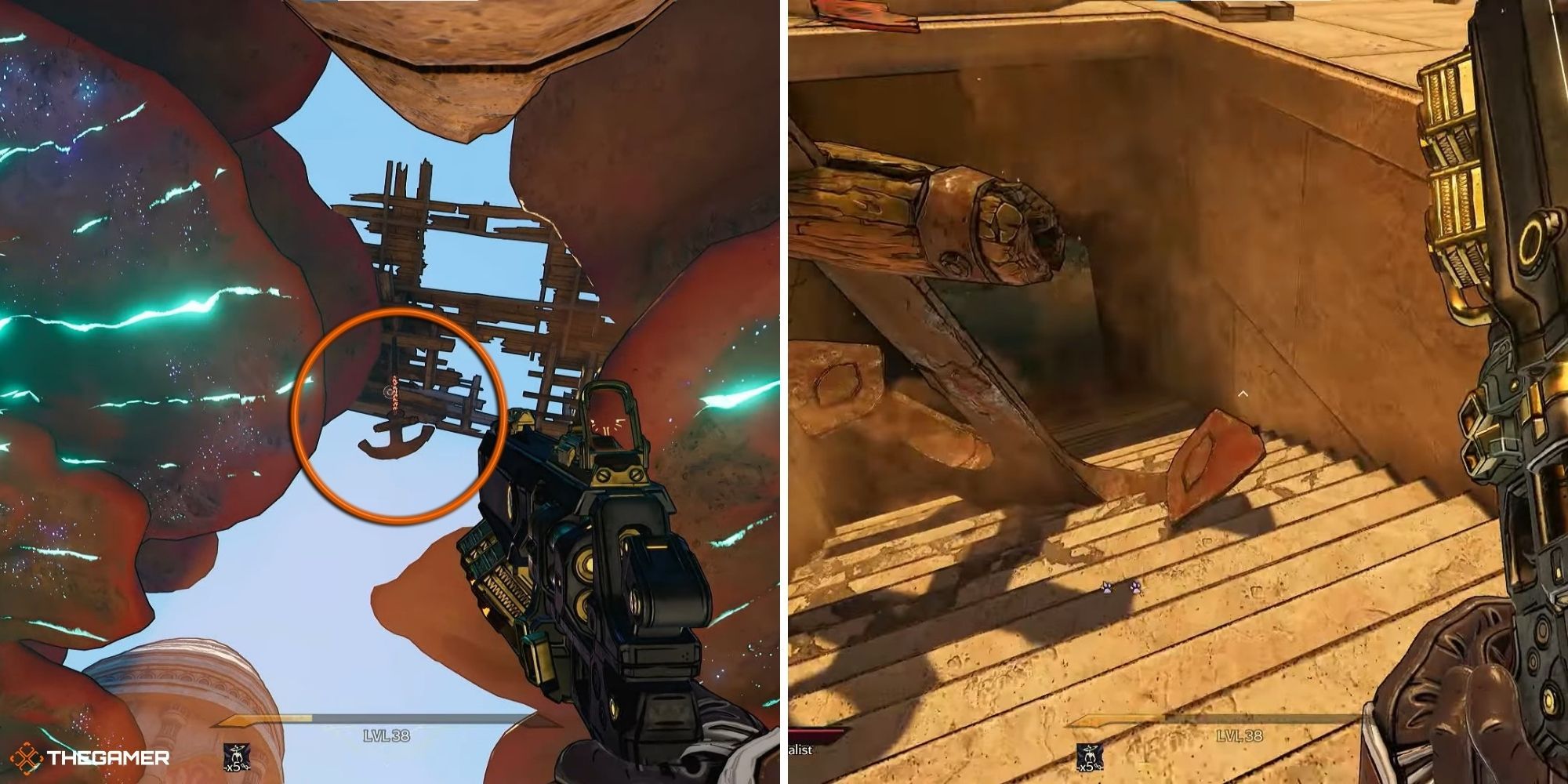 Once you've reached the temple, look above you for a giant anchor hanging from a chain. Shoot that chain, and it'll crash to the ground and break some floorboards. 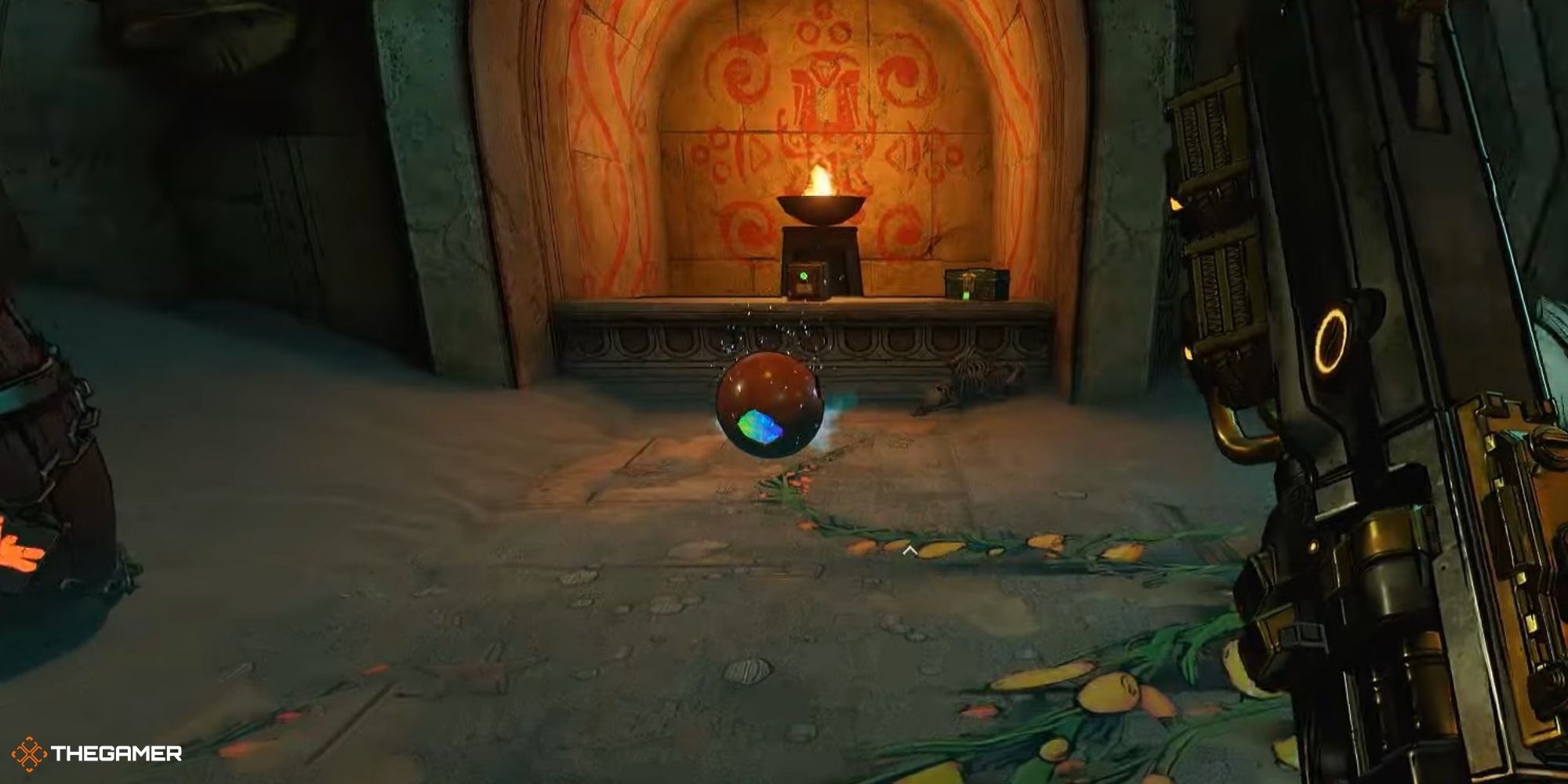 That gives you access to a new room underground, where the Lost Marble is found.

Where To Find The Lucky Dice (x21)

There are 21 Lucky Dice in Wargtooth Shallow. If that doesn't merit its own guide, we don't know what does. Check it out here:

Where To Find The Poetry Pages (2)

This Poetry Page is pretty easy to track down when you know where to look. You'll just need to progress a bit through the Ballad of Bones main quest to reach it.

The second Poetry Page is found on a desk when you venture down a side path. You'll need to follow the Ballad of Bones quest almost to the end to find it.

Where To Find The Rune Switch (x1)

The Rune Switch in this map is right in front of the vertical coral tower that you climb with Bones Three-Wood. While you can reach the Rune Switch itself without getting through much of the Ballad of Bones quest, you'll need to do more of the quest to complete the challenge, since it will open up the purple platform that launches you across.

Where To Find The Lore Scrolls (x4)

The first Lore Scroll is near where you enter the map for the first time. It's also near the Ancient Obelisk. Just check all the nooks and crannies on the side of the path before talking to Bones Three-Wood.

One lore scroll is, like the Rune Switch, in front of that vertical coral tower that you need to climb with Bones Three-Wood during the Ballad of Bones main quest. If you're standing at the Rune Switch, just turn left and look for some wooden boxes.

This Lore Scroll isn't too tough to find, but reaching it is another question. 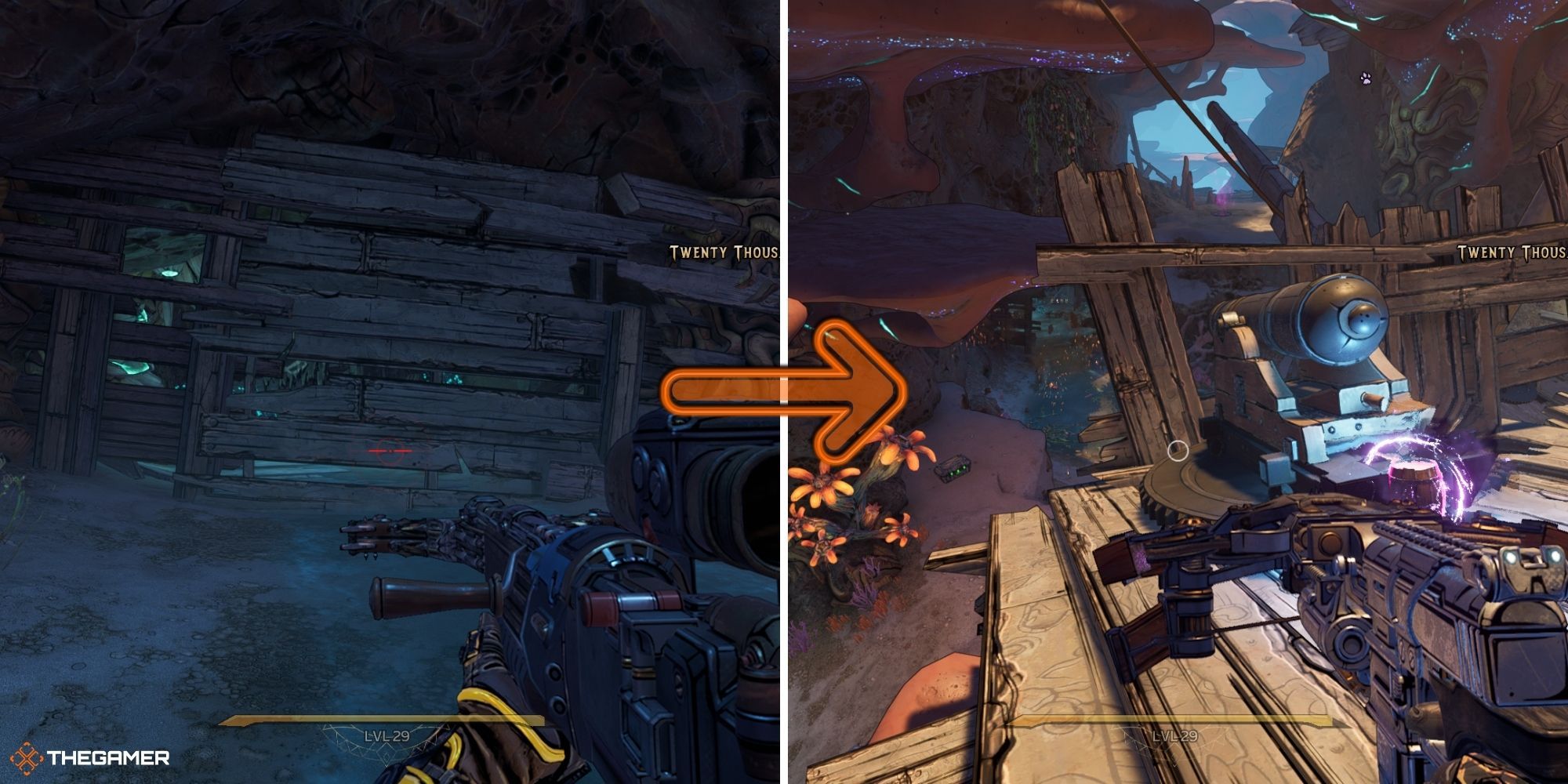 It's past a few wooden boards that you won't be able to melee through. To get past, look around for the nearby cannon that can blast through it! Shoot the cannon's little red barrel full of gunpowder to make it happen.

The final Lore Scroll is just sitting peacefully next to a waterfall.