Where To Find All The Zoning Records For The History Of New Kaineng Achievement In Guild Wars 2: End Of Dragons

New Kaineng City is one of four new zones added in the Guild Wars 2: End of Dragons expansion. It's a large, sprawling metropolis city where the residents can enjoy jade tech in relative peace.

There are years of history that went into building this new city, and they're recounted in part in the New Kaineng Zoning Records. If you manage to collect all 8 of those, you'll earn the 'The History of New Kaineng' achievement and an End of Dragons Mastery Point. This article details all their locations. 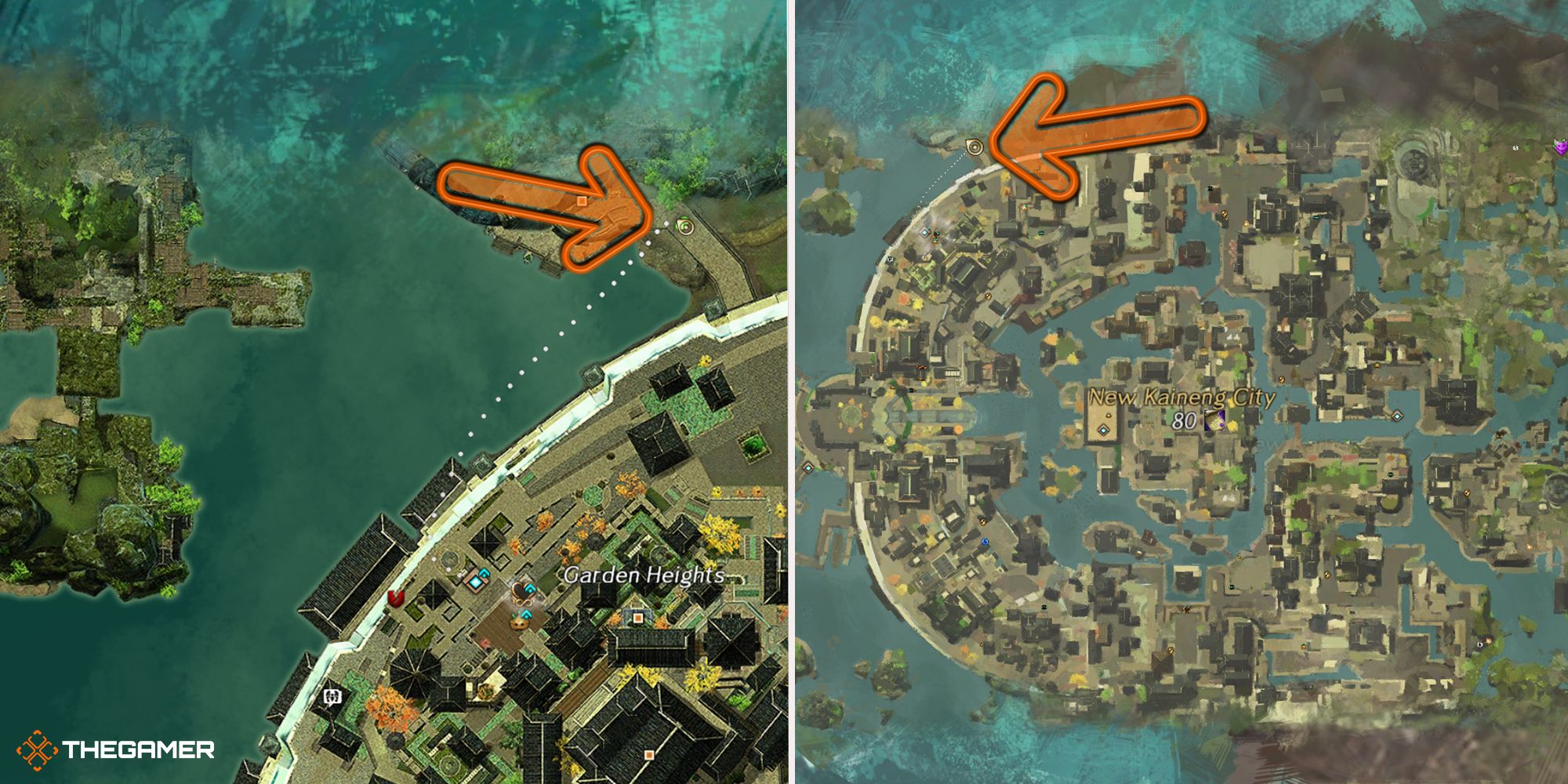 The very first New Kaineng Zoning Record can be found by speaking to a child outside the city walls. 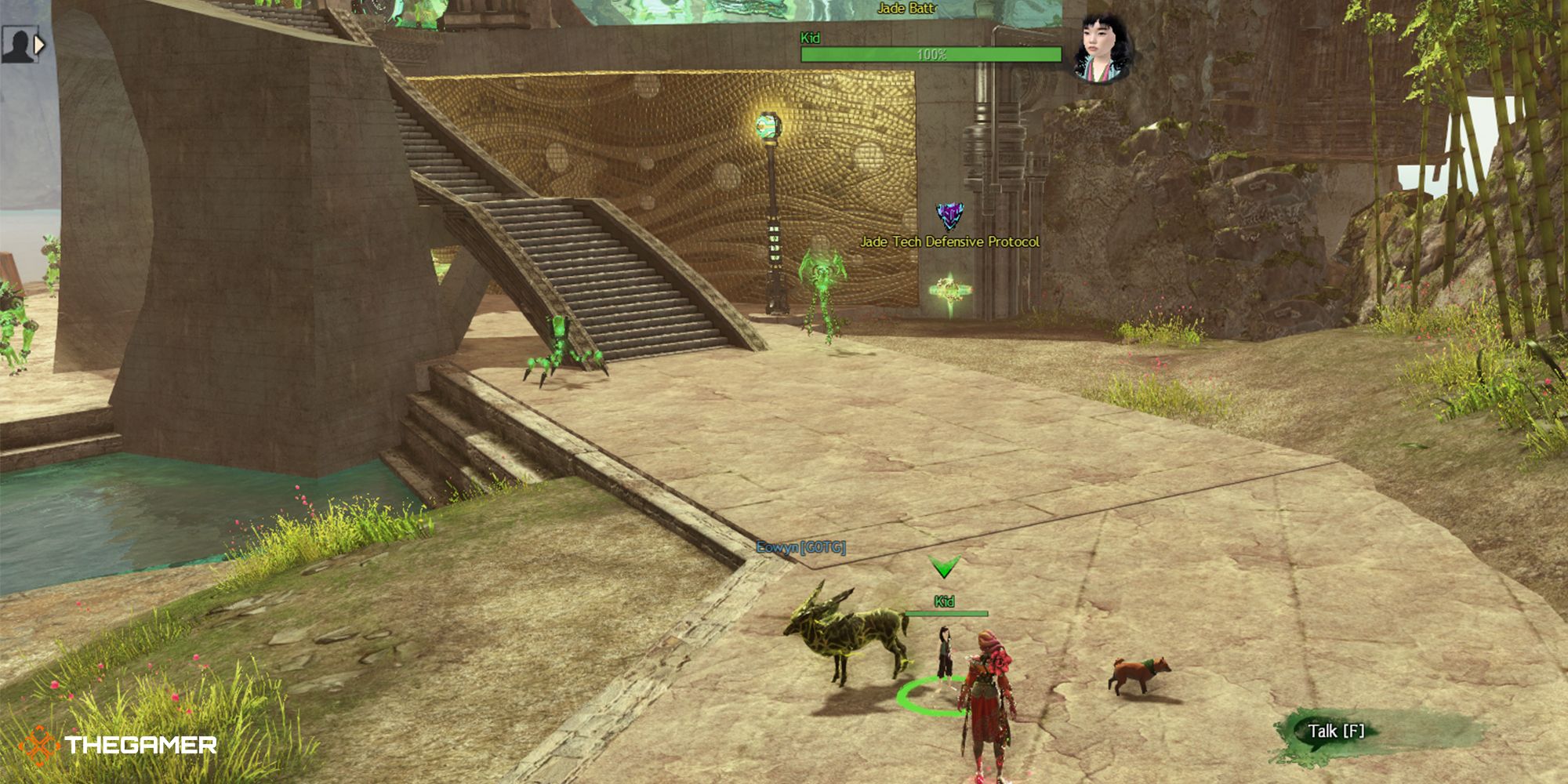 The simplest way to get there is to fast-travel to the nearest Waypoint and jump off the wall, using your glider to get down safely. When you speak to the child, they'll tell you they went fishing but all they caught was a book (at which point you can click the response and read the Zoning Record). 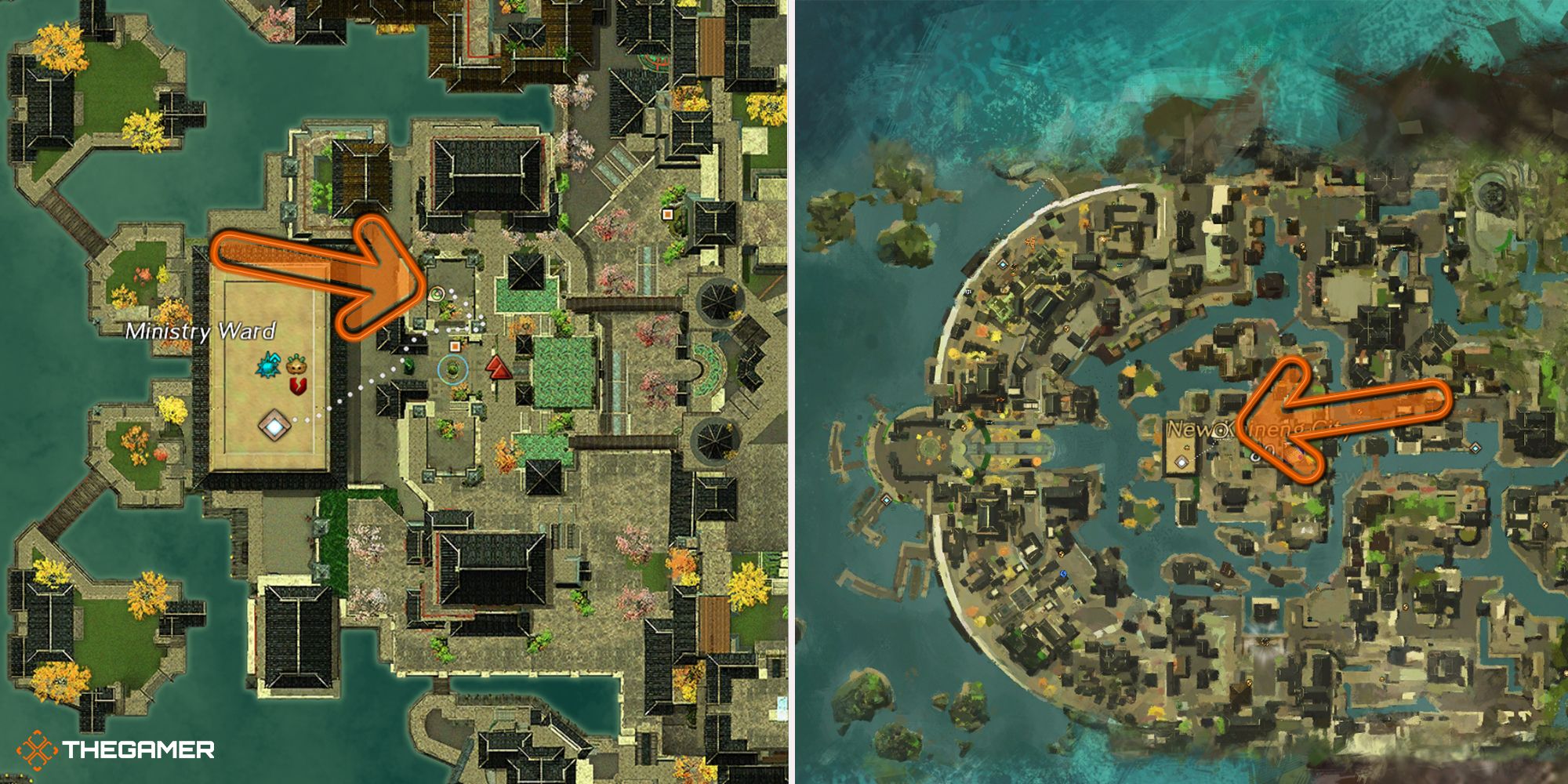 The next New Kaineng Zoning Record is right in the middle of the city! 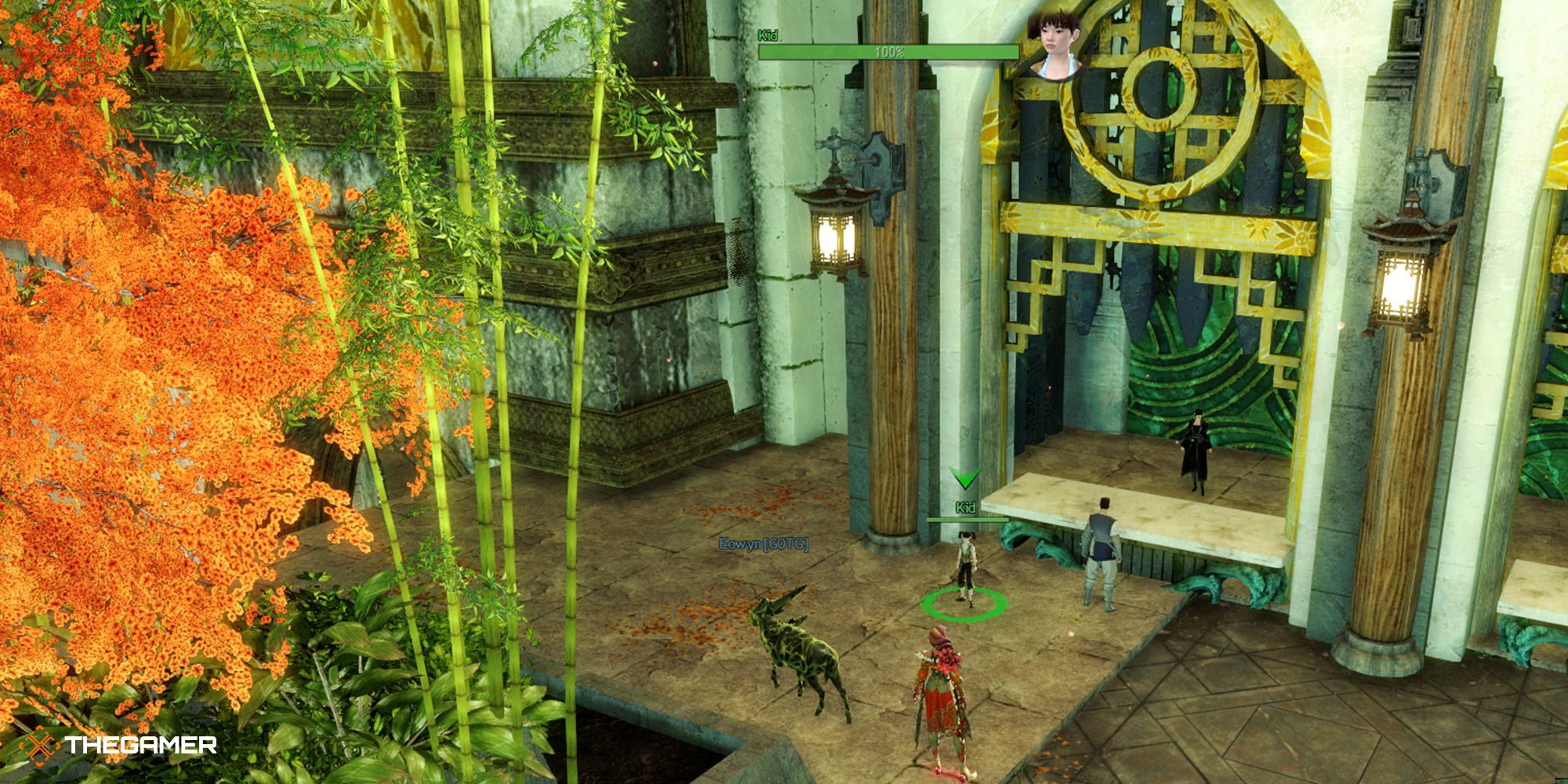 From the Waypoint, head inside the Ministry Headquarters and then go up the stairs. The little kid is standing next to her father at one of the desks. Talk to them to access the New Kaineng Zoning Record 0013. 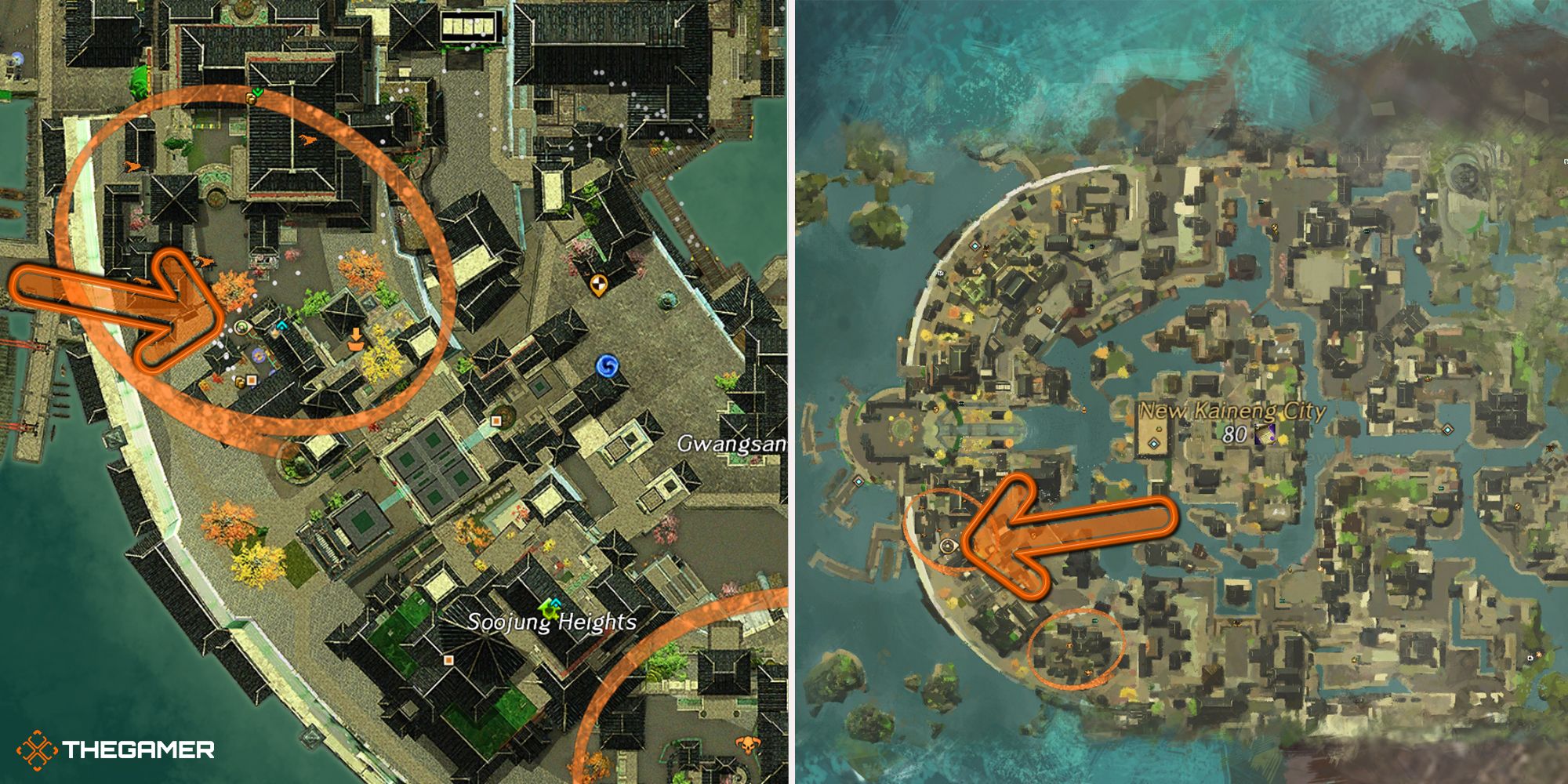 This area is a bit annoying to reach, as there are no easy Waypoints to reach the top of the wall, but there are Zip Lines and your trusty mounts to help you along. 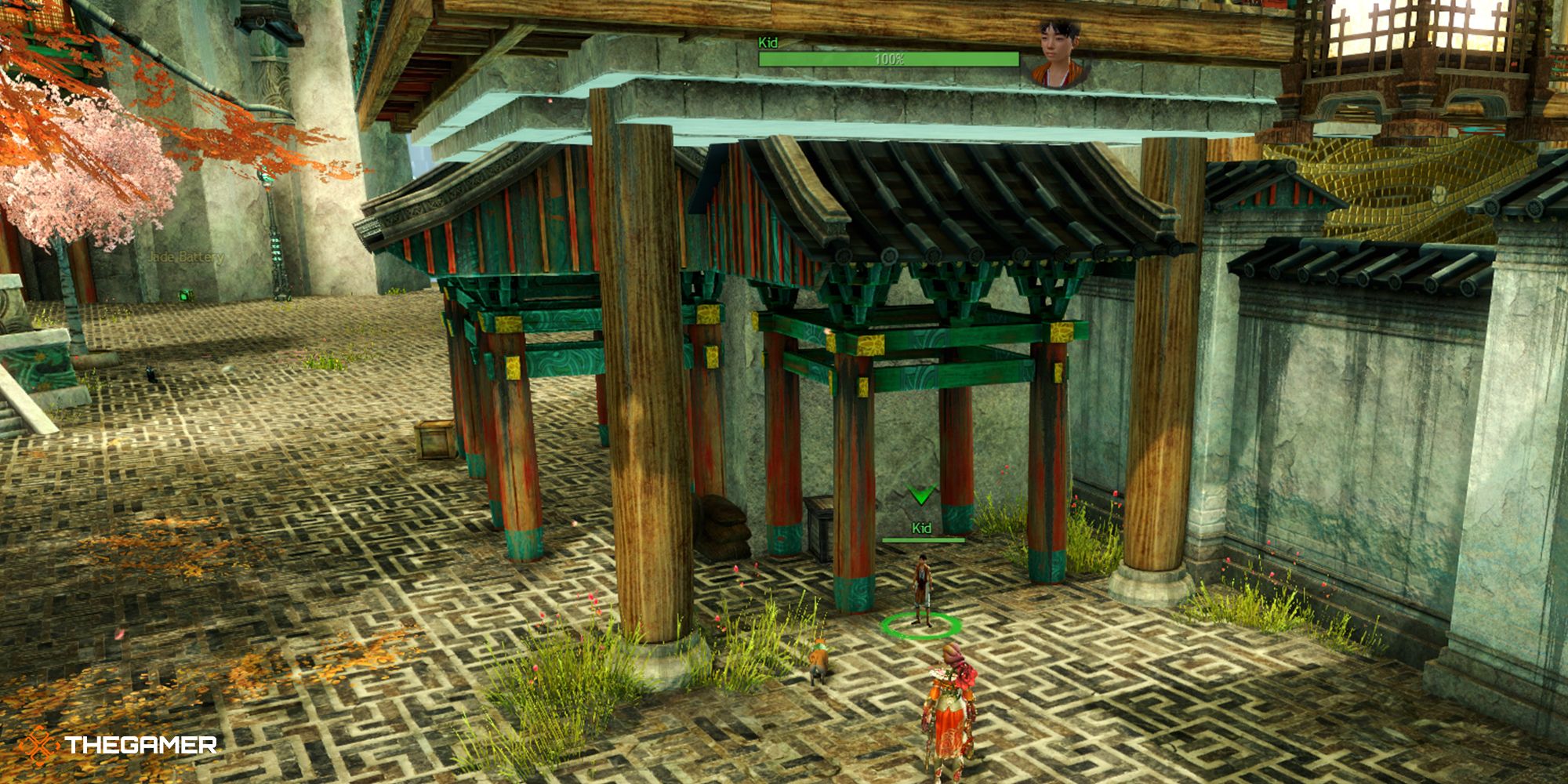 To get to the Zoning Record, you'll need to track down this kid and talk to them. They'll say someone gave it to them in exchange for help shaving their back and offer to give it to you. 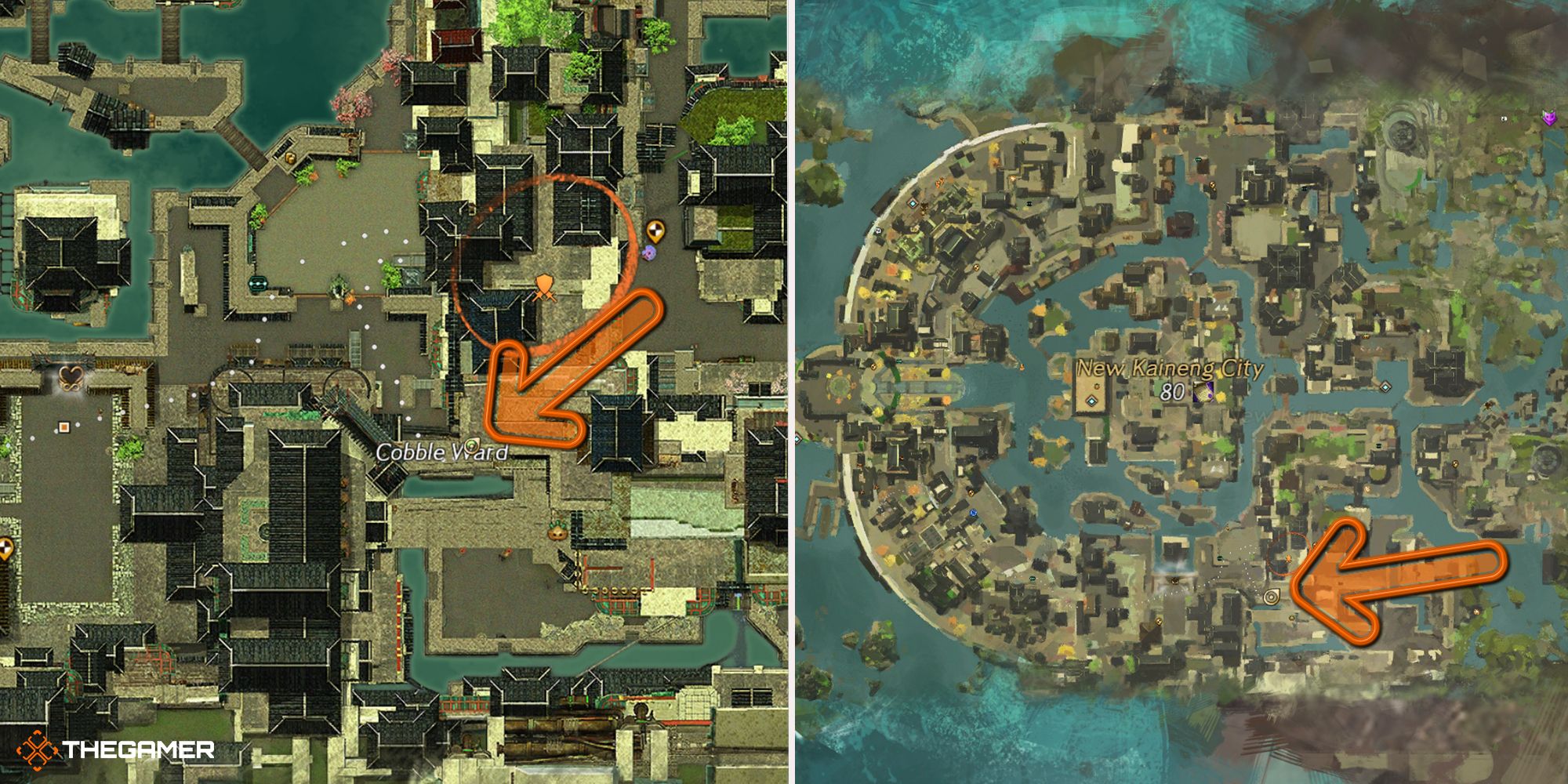 The Zoning Record 0039 is much easier to find. Use your skimmer or skiff to get to this region quickly, then keep an eye out on the ground level for a child. 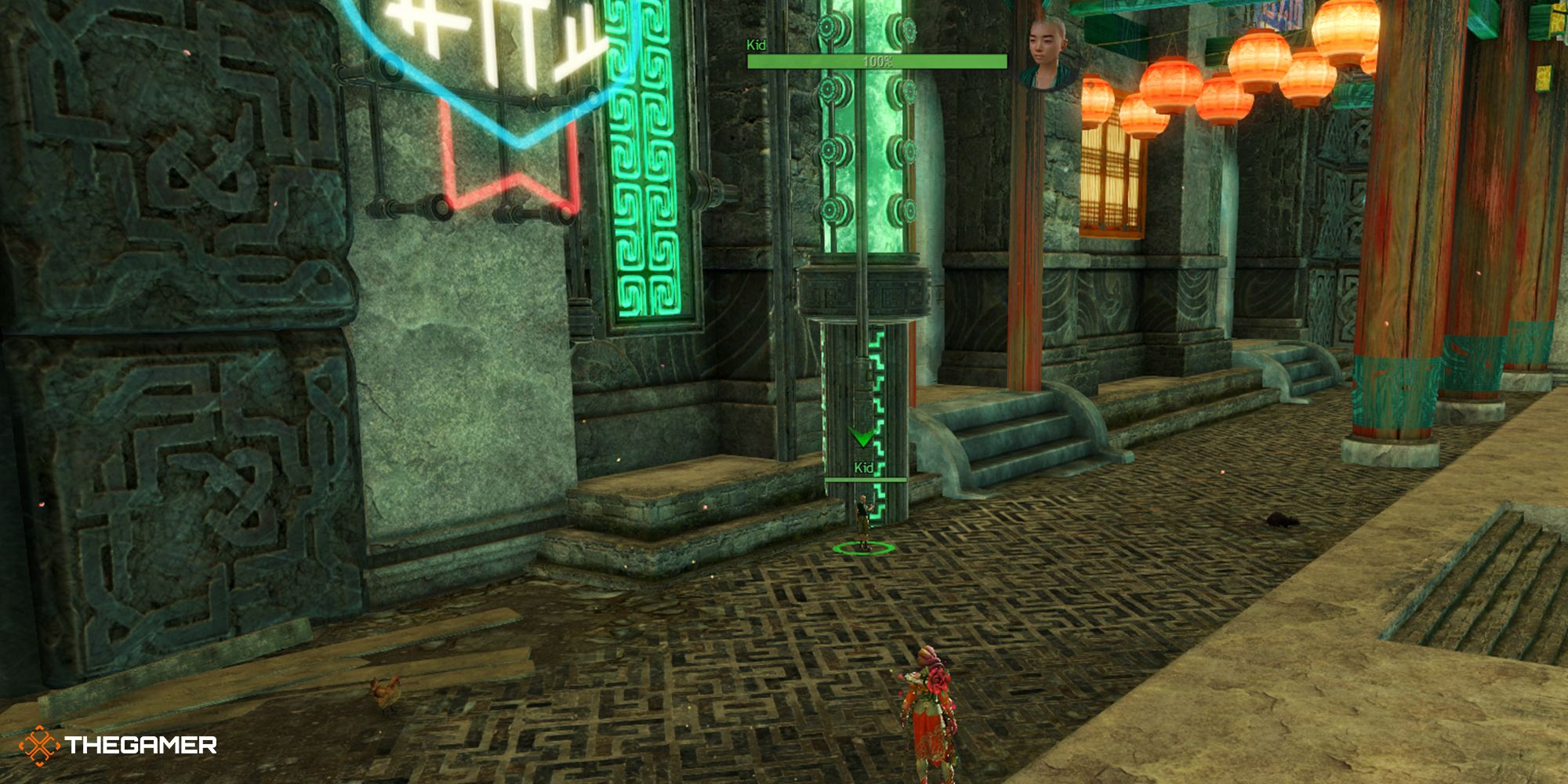 The child is near some neon signs and next to a canal on the ground floor (so no need to waste your time looking up above). They ask you to read the document to them when you talk to them. 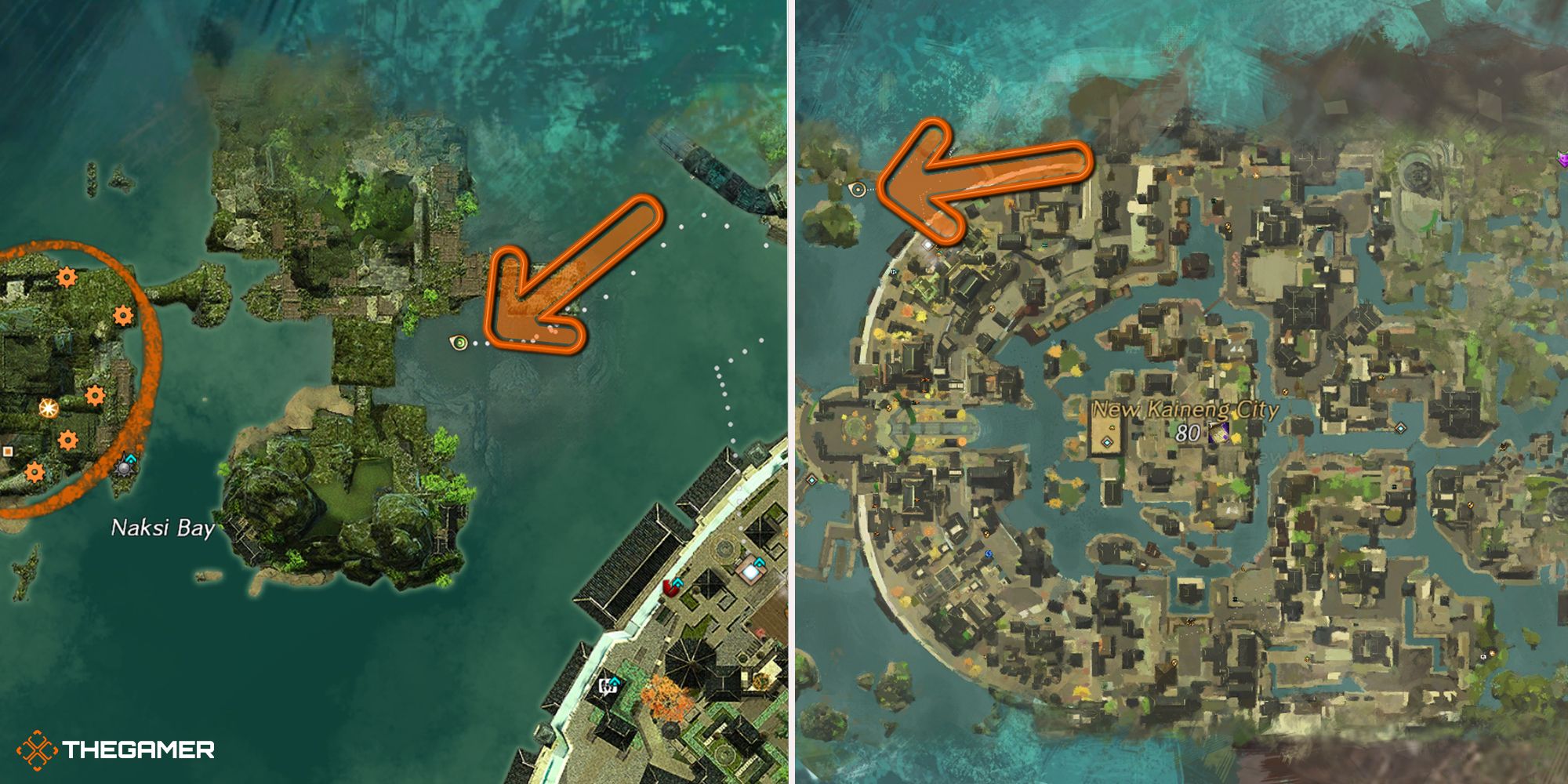 This one is really close to the first Zoning Record and you can reach it quickly in the same way: travelling to the Waypoint and jumping off the wall! 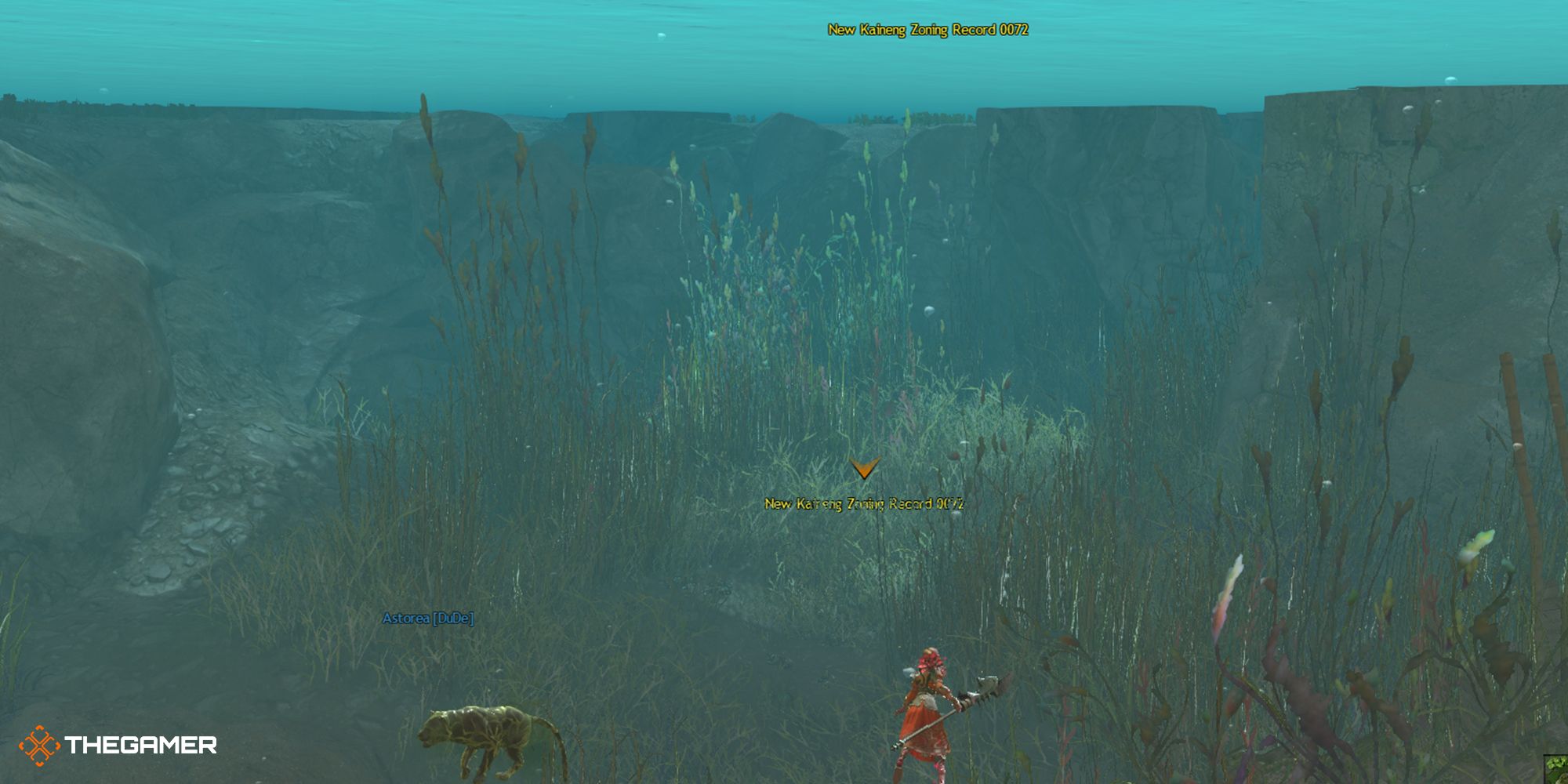 Underwater, there will be some Naga to deal with, but the Zoning Record isn't far away. It's hidden in some seaweed. 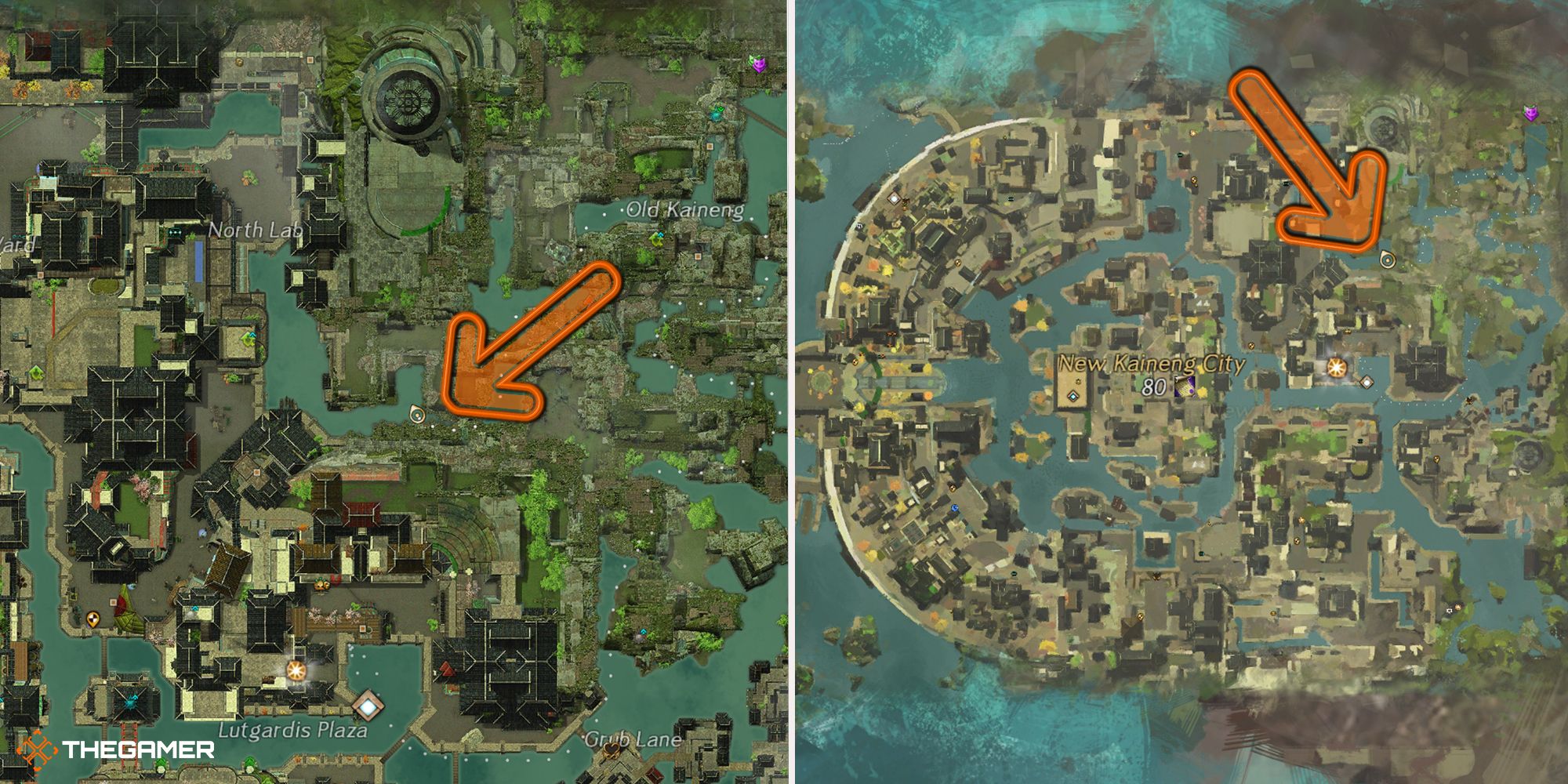 This Zoning Record is in the ruins of Old Kaineng. To get to it, you'll either have to ride your skiff through the winding maze of water flooding the area, or hop over the wall(s) in your way. 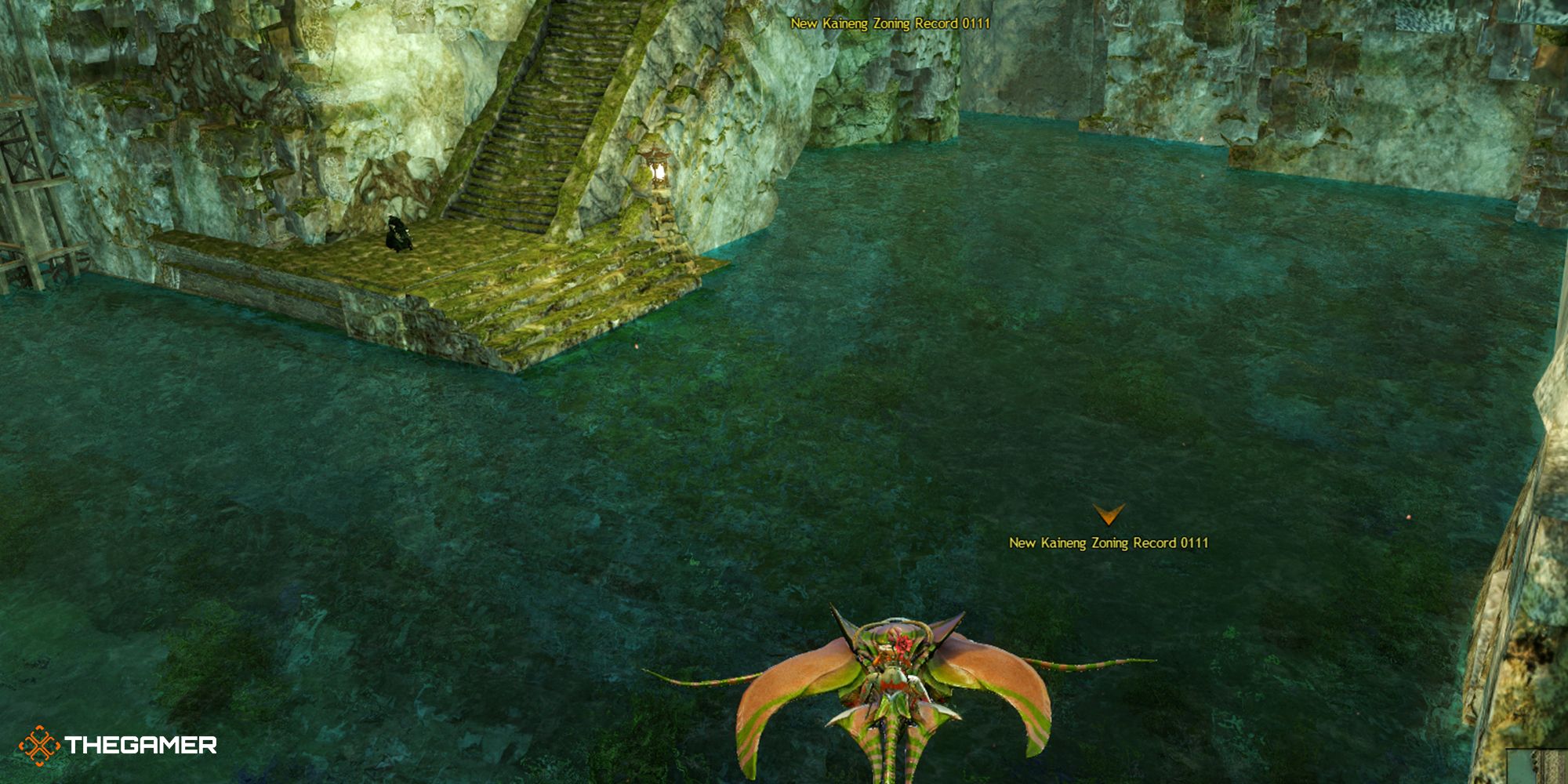 Once you're nearby, keep an eye out for a nook in a wall and a staircase going up. The Zoning Record is underwater. 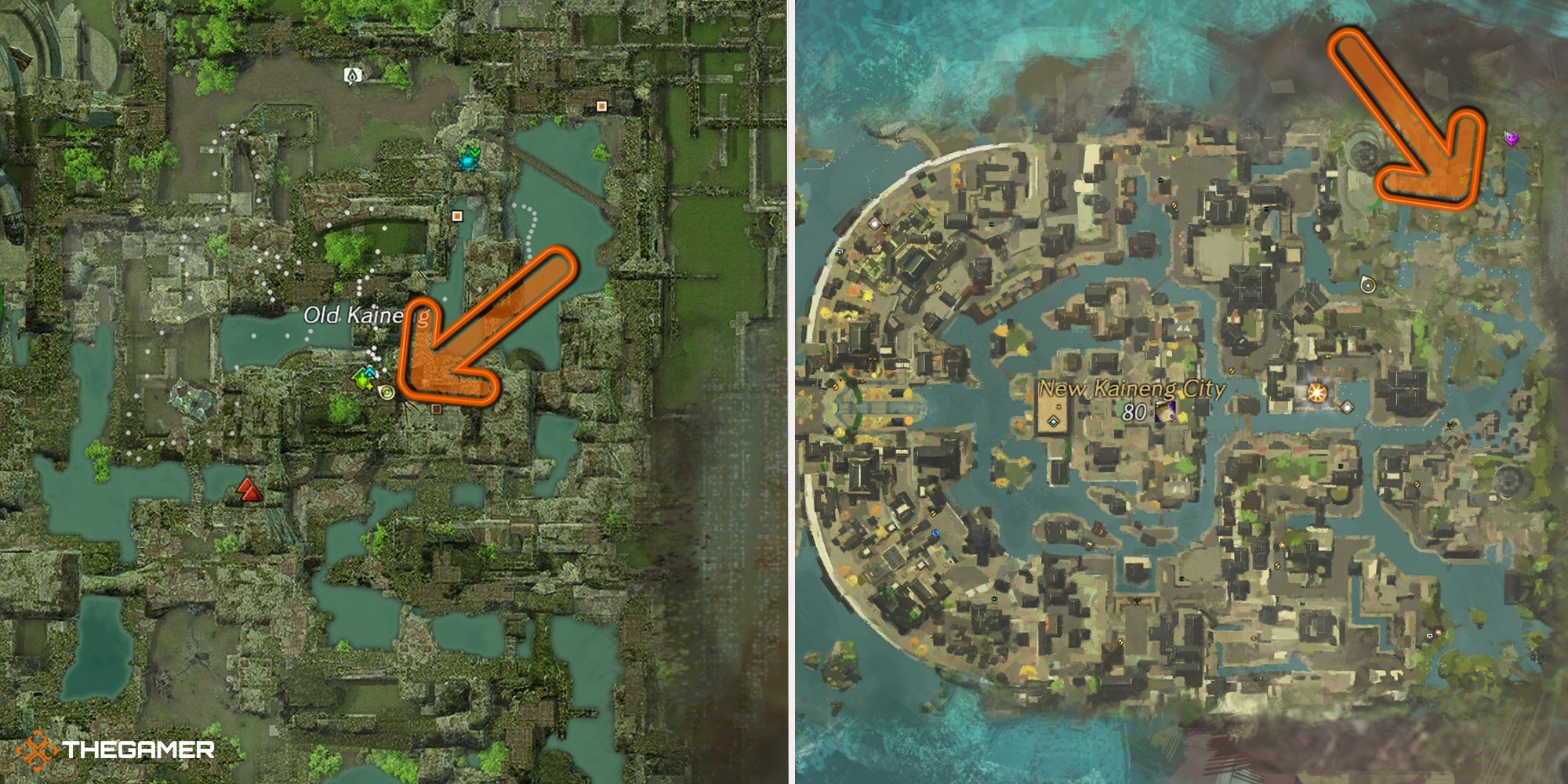 There's a second Zoning Record in the ruins of Old Kaineng. It's found up high, on precarious scaffolding. 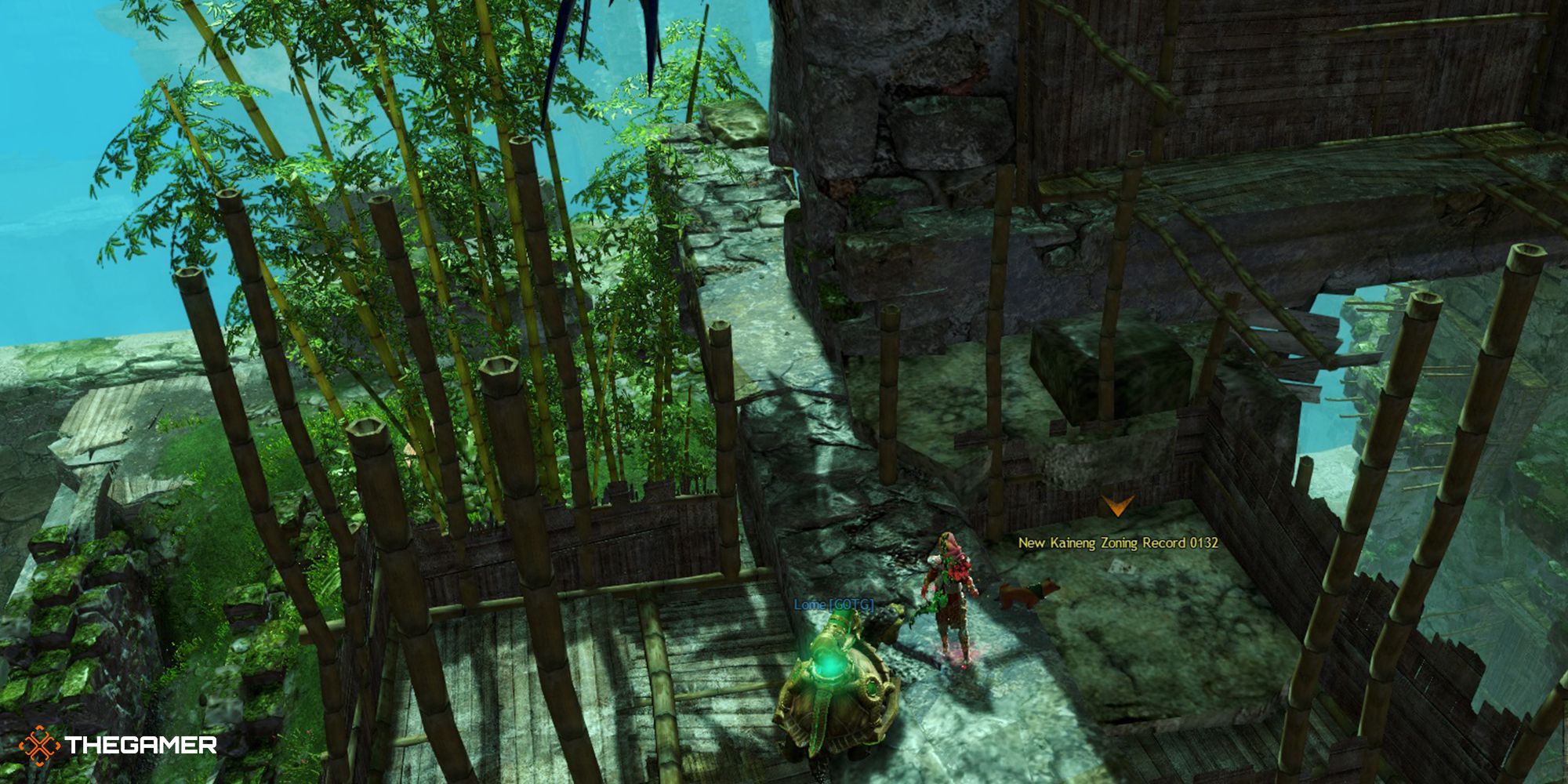 You can use your Springer mount (or a Skyscale) to get up to it! It's found on the way up to the Hero Point, so you'll kill two birds with one stone. 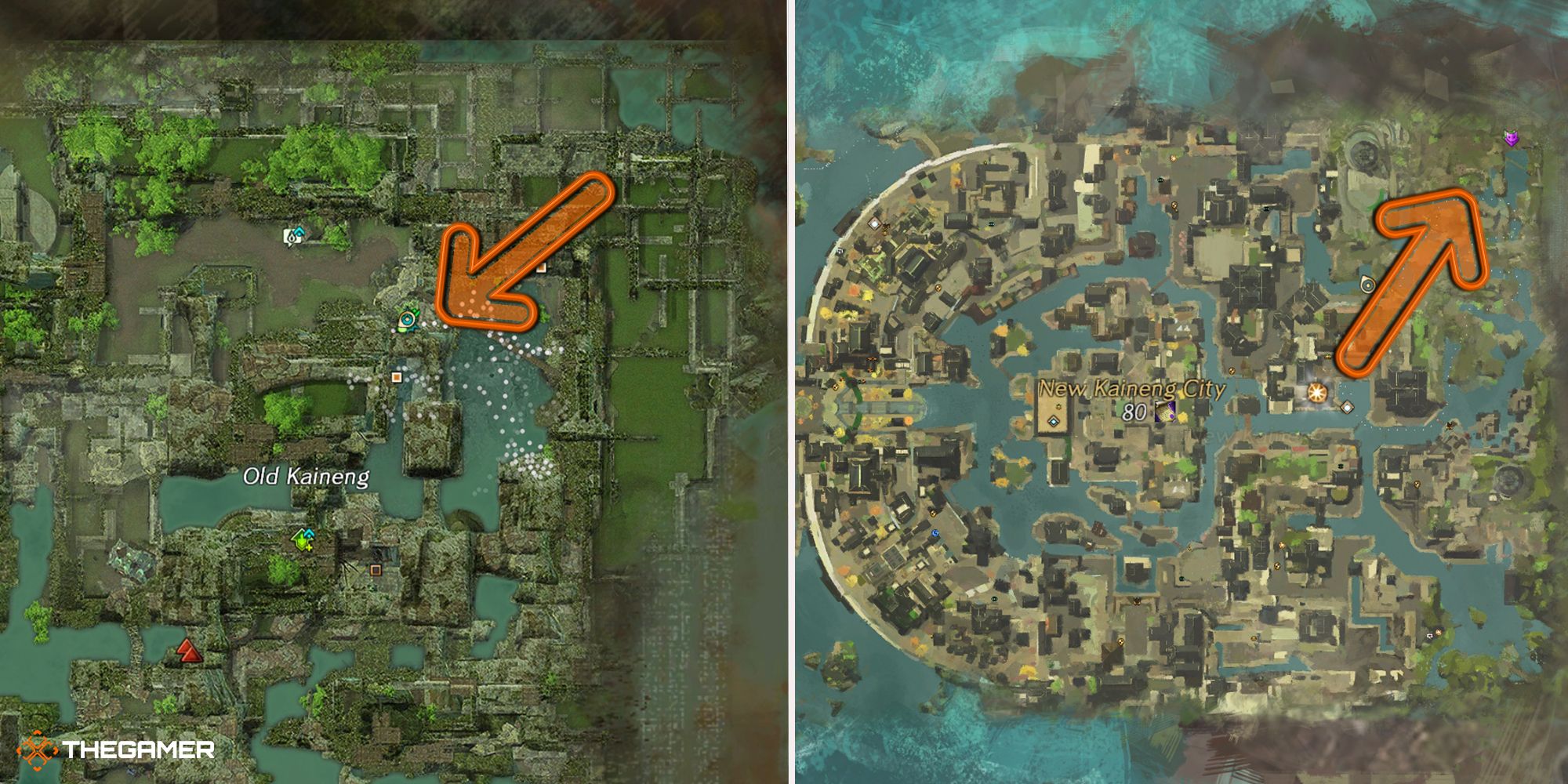 The final Zoning Record is the third to be found in the ruins of Old Kaineng. This one is underwater, though, and in the far northeast corner of the map. 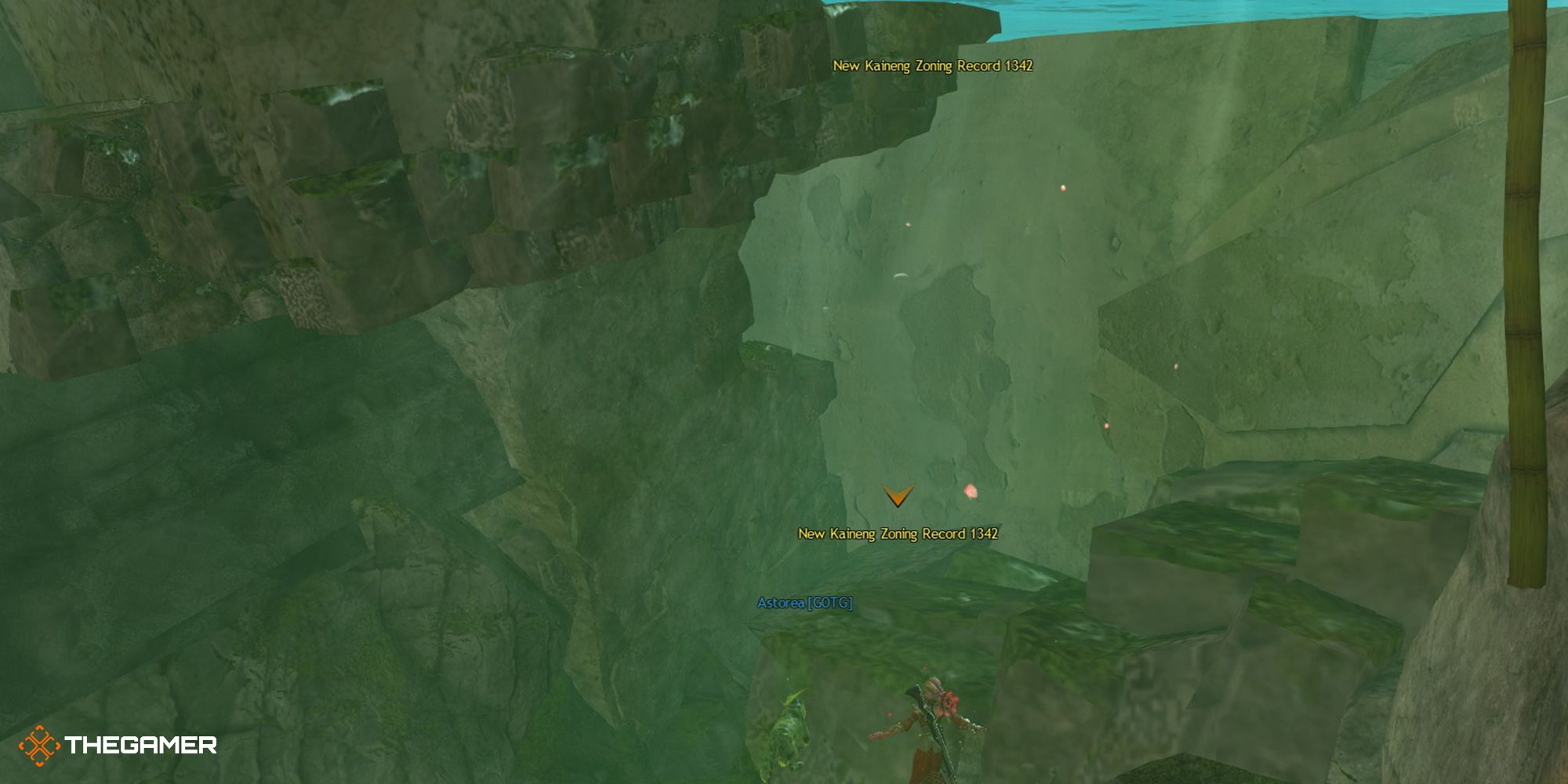 The area has a regularly scheduled repeating event, a large vault to plunder, and a bunch of other documents that go towards the 'Read "The Secret of the Vault"' achievement. Keep an eye out for the Zoning Record higher up (but still underwater), resting on a rock formation.