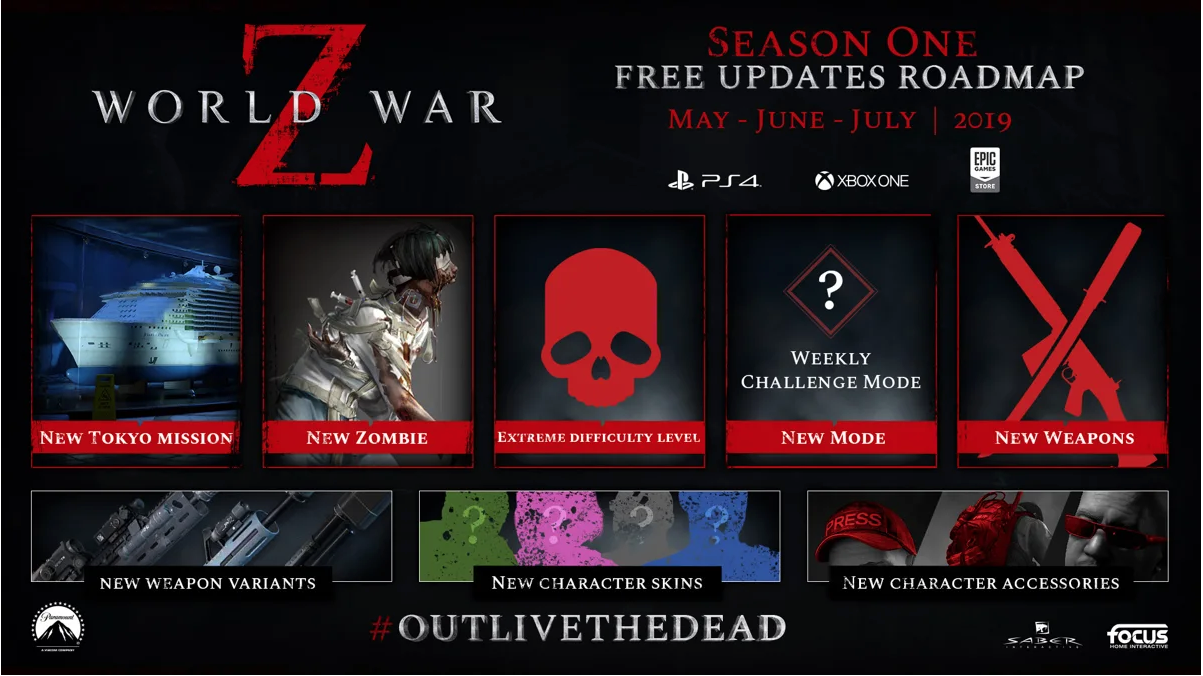 In May, a brand-new mission set in Tokyo will drop alongside a terrifying zombie type that spits a deadly virus and can resurrect if not properly dispatched.

June will bring a new six-skull difficulty setting with a unique reward, as well as bonus cosmetics and more.

And in July, players can discover the new Weekly Challenge mode, plus additional cosmetics and other goodies.

Other major upgrades in development for further free updates include a wave-based survival mode, private lobbies, the ability to switch classes during PvPvZ matches, field of view (FOV) and level of detail sliders on PC, and more.

You can also expect more unannounced updates in the meantime in the form of hotfixes or other small updates too. Safe to say, Saber Interactive is looking after its audience!

In our World War Z review, we noted:

Overall, World War Z is a pretty fun but extremely short co-op zombie shooter that is eerily similar to Left4Dead but helps counter the withdrawal any fans of that franchise may have. A few more bug fixes and much more in-game content would give this game the much-needed resuscitation it deserves.

If you’re into rapid paced missions mixed in with huge waves of zombies, then you should pick up the game – it’s not a full-priced title so you could get away with buying it and getting a good chunk of entertainment out of it.

You can read more – and see the final verdict! – at the link. Spoiler: we liked it!