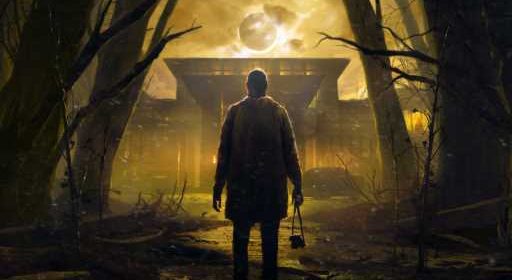 Swedish virtual reality (VR) developer Fast Travel Games has seen continued success from its slate of videogames, starting strong with Apex Construct and most recently with horror title Wraith: The Oblivion – Afterlife. Today, the studio has announced the completion of a new investment round, securing the company $4 million to continue its work.

The round was led by Nordic early-stage technology investment firm Brightly Ventures with participation from existing investors Industrifonden, Creades and Inbox Capital. With the new funds, Fast Travel Games will be able to accelerate current undisclosed projects as well as continuing support for those already released.

“We’ve seen amazing growth in the VR market lately with lots of gamers now realising just how much the VR space has matured, in terms of hardware, pricing and access to content,” said Oskar Burman, CEO and co-founder of Fast Travel Games in a statement. “With four games on the market, and several new in development, we saw our revenues double to 2.4m USD last year, and are well on track to double that again for this year. With this new investment we’re in a stronger position than ever to capitalize on this new gaming frontier.”

The studio released Wraith: The Oblivion – Afterlife earlier this year for PC VR headsets with a PlayStation VR version slated for later this year. It’s the first time the team has produced a VR horror title, collaborating with the World of Darkness series. After a seance goes awry you find yourself trapped in the Barclay Mansion as a wraith, unable to leave until you discover what went wrong. However, you’re not the only spirit wandering the hallways and those you encounter are less than friendly.

“VR is one of the fastest growing digital entertainment segments and we believe that the pace of development within this space will be very high in the coming years. Fast Travel Games is one of the key players in Europe and the team has an impressive track record in developing high-quality games in a wide range of different genres. At Brightly Ventures, we are truly excited to be a part of the group of investors backing the team on this journey,” John Elvesjö, Managing Partner at Brightly Ventures adds.

VRFocus will continue its coverage of Fast Travel Games, reporting back with further updates when available.