Xbox 360 blades are back… on the Xbox website at least 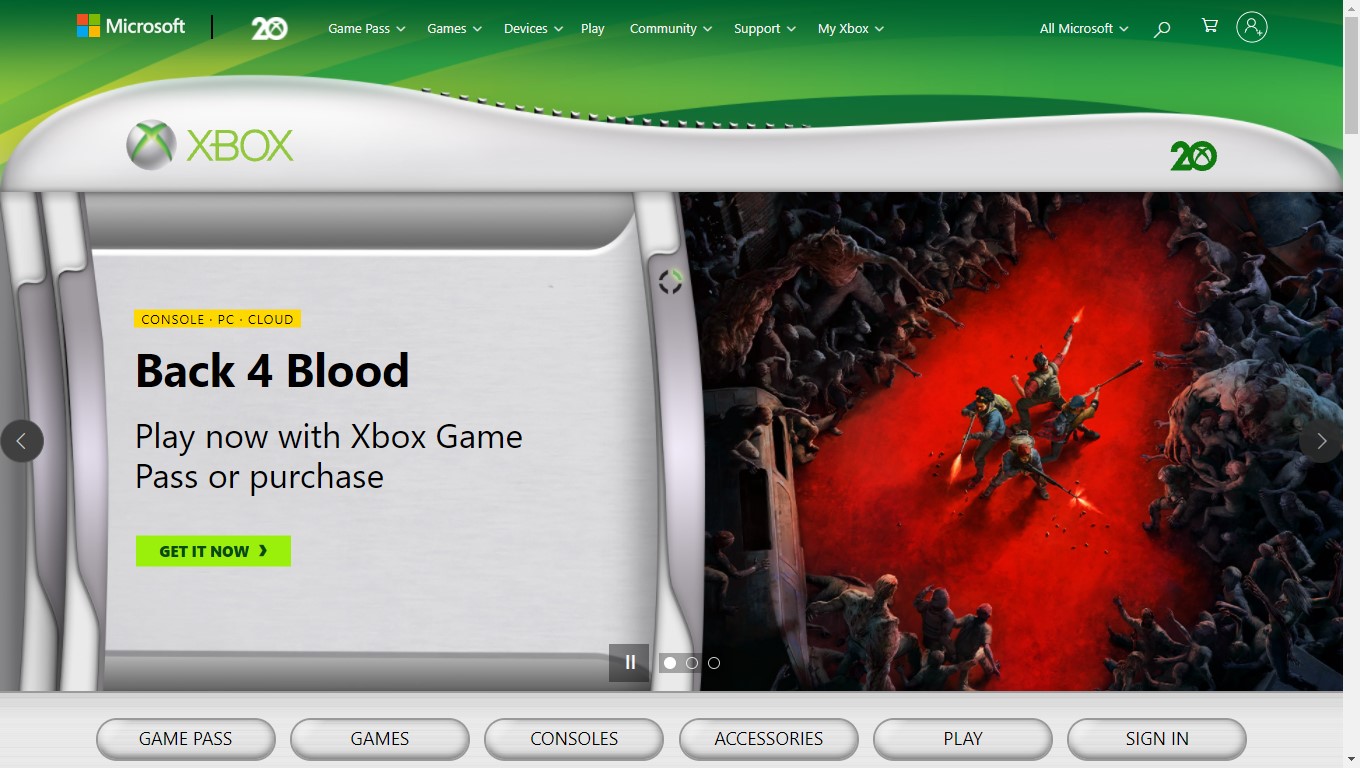 Microsoft is paying tribute to the old blades dashboard interface for the Xbox 360, as the 20th anniversary of Xbox fast approaches.

It’s the 20th anniversary of Xbox this year and Halo Infinite is already poised as the perfect way to celebrate the original console’s most famous launch title. There’s not much about the hardware to get nostalgic about though, especially given Microsoft has already released a modern version of the oversized ‘Duke’ controller.

However, the Xbox 360 is a wellspring of nostalgia waiting to be exploited, starting with the old ‘blades’ dashboard interface.

The official Xbox website now features a version of the blades interface, one that was so popular that for years fans were calling for it to replace the slow and obtuse Xbox One interface.

It’s only a little gimmick for the front page of the website but as tempting as it is to imagine Microsoft bring blades back to consoles, for a limited time 20th anniversary celebration, that’s probably not practical.

There is already a dynamic background based on the original Xbox console though, so perhaps there’ll be something similar for the Xbox 360.

Other 20th anniversary celebrations include the first ever limited edition Xbox Series X console, as well as an Elite Series 2 controller and special Adidas trainers.

The actual anniversary is on November 15, so Microsoft is probably holding something back until then. Apart from anything there’s still been no proper reveal for Halo Infinite’s story campaign, so it’s likely some kind of livestream event will take place in the next few weeks.