Xbox free games: Download and play one of the BEST fighting games for FREE 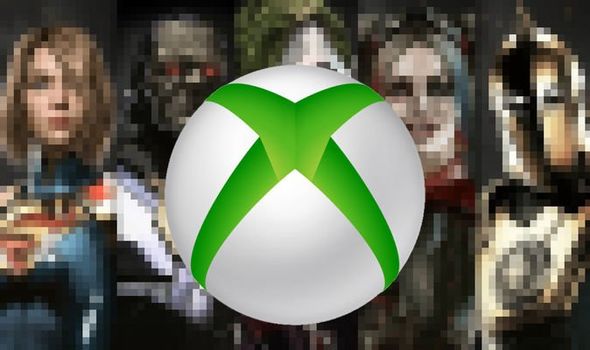 Xbox One platform holder Microsoft is giving away a new set of free games for the weekend.

This week’s Free Play Days releases include one of the best fighting games on the platform.

With rumours that a sequel will be revealed next week, Injustice 2 has joined the Free Play Days promotion on Xbox One.

Provided you subscribe to Xbox Gold, you can download the DC fighting game from now until the morning of August 17.

Injustice 2 is joined by NASCAR Heat 5, which is described as the official video game of the world’s most popular stockcar racing series.

“To download on console, click on the Gold member area on the home dashboard on your Xbox One,” Microsoft explains.

“Want to keep the fun going? Then purchase the games and other editions at a limited time discount and continue playing while keeping your Gamerscore and earned achievements during the event!”

Injustice 2, for example, has been given a huge 50% discount on Xbox One.

The Ultimate Pack contains all three DLC Fighters Packs, as well as an exclusive skin and shader.

“Take charge of DC’s most powerful Super Heroes and Super-Villains as they wage battle in Injustice 2, the hit sequel to NetherRealm Studios’ Injustice: Gods Among Us,” reads the official description.

“As Batman and his allies band together to rebuild society and fight against Superman and his regime, a new force emerges that threatens existence itself. NetherRealm Studios’ unique blend of incredible fighting and deep, immersive storytelling, allows you to take control of one of the biggest DC rosters ever in a fighting game.”

“With each fight, earn gear that gives you the power to customise how every character looks and how they play. Injustice 2 – Every Battle Defines You.

“NASCAR Heat 5 and Xbox have teamed up for Free Play Days this weekend and on JJ Yeley’s #27 car in Sunday’s NASCAR race at the Daytona Road Course.

“Take part in the celebration and get behind the wheel in the official video game of the world’s most popular racing series.”