Xbox One games UPDATE: Great news for fans ahead of huge E3 2019 event

Xbox One gamers look set to have a major E3 2019 presentation to look forward to.

Anticipation is already sky high for the Xbox E3 2019 event as Microsoft are expected to be unveiling their next-gen Scarlett console.

With Sony sitting out the gaming extravaganza in LA this year, the Xbox team had previously promised their “biggest E3 presence ever”.

Xbox fans will surely get updates on major upcoming titles such as Halo Infinite and Gears of War 5.

And it looks like Microsoft have plenty of other Xbox games to showcase at E3 2019.

Phil Spencer has taken to Twitter this week to reveal that Xbox Game Studios will have their biggest ever first-party showing at the major gaming expo.

The Head of Xbox revealed that there will be more than a dozen first-party titles being shown at E3 2019.

Spencer tweeted: “Just finishing our final E3 rehearsal here with the team in Redmond. Feel really good about the briefing.

“Lots to show. We have 14 Xbox Game Studios games in the show this year, more first party games than we’ve ever had in the show. Fun times. #XboxE3”.

Last year Microsoft revealed that a number of developers had become part of Xbox Game Studios. 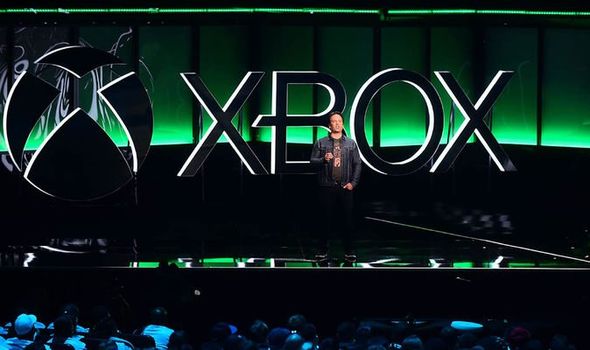 It’s possible that games these devs are working on for the Xbox One, or next-gen Xbox, could be unveiled at E3 2019.

One of these rumoured titles is Bleeding Edge, the rumoured new title from Ninja Theory.

Responding to it one fan wrote: “I am soo excited”.

Another Xbox gamer posted: “Looking forward to the show! Halo Infinite is what I’m interested in most but also all the other games coming from the other Xbox studios. #E3 #Xbox”

And another posted: “Let’s go Phil. Nobody I trust more than you with the Xbox brand!!!!!”

The Wasteland 3 makers were one of the devs that last year were announced as joining Microsoft Studios.

The tweet may be a sign that the studio’s first exclusive Xbox game could be getting shown at E3 2019.

• Stay tuned to Express.co.uk for more Xbox One news