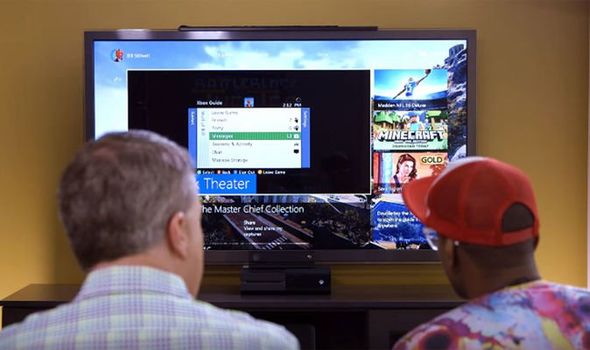 Xbox One gamers who currently have an active Xbox Live Gold subscription can download new titles for free.

This includes the recently announced Games with Gold lineup, but there are also a few new demos to try as well.

If you’re a fan of the Attack on Titan Anime series, then this month’s newest trial will be a perfect choice.

A new Attack on Titan 2 demo is available to download from the Xbox Game Store today.

Fans can now test out their skills tackling Titans, with plenty of ODM action from the base game available in the demo.

As you might expect, there are also limitations to what you can do compared to the full game, so don’t expect full multiplayer support, among other core features.

It should also be noted that Attack on Titan 2 has a 17+ age rating and will take up around 5GB of console space.

Another free game option worth checking out this weekend includes Crackdown 2 and all of its DLC from Xbox 360.

While only a basic Backwards Compatibility version of the game without full Xbox One X enhanced support, Microsoft has done a lot to make it worth a download.

It currently doesn’t cost anything to add Crackdown 2 to your digital collection, and it can also be snapped up with the game’s DLC too.

This includes Crackdown 2’s Deluge and Toy Box game packs, all of which can be claimed on the Xbox Game Store.

It follows shock reports this week that a fan favourite franchise could be appearing on the Nintendo Switch soon.

Microsoft recently rebranded the Windows 10 game Miami Street to Forza Street, which is scheduled to make the jump to mobile phones very soon.

It was a surprise announcement from Microsoft who has also been linked to launching this new port on the Nintendo Switch.

A new report out this week suggests that data miners (via ar12gaming) have found the Switch referenced multiple times in the game’s source code.

And following Microsoft’s announcement that they will be supporting more games on the handheld with Xbox Live, it would make sense that Forza Street could be among them.

Unfortunately for fans on Switch, Forza Street isn’t much like the other titles in the popular franchise and has been built with a mobile audience in mind.

“Available today for free on Windows 10 devices, and rolling out to iOS and Android starting this year, Forza Street was designed for racing on the go with streamlined controls that focus on timing of gas, brake, and boost as the keys to victory,” the Forza Street announcement explains.

“Enter a world of high-octane street racing where both skill and strategy are the keys to the finish line.”

There’s no mention of a launch being primed for the Nintendo Switch, or any other console platform.

So fans will need to take this latest report with a big pinch of salt until Microsoft does make a surprise reveal.

And if Forza Street is set to make the jump to Switch, there’s also a good chance it will appear on the Xbox Game Store in the near future too.

If you’re in the market to try something new this weekend, Microsoft recently released the first of the May Games with Gold lineup.

This includes Marooners for Xbox One – featuring party games for up to six players – and Earth Defense Force: Insect Armageddon on Xbox 360.