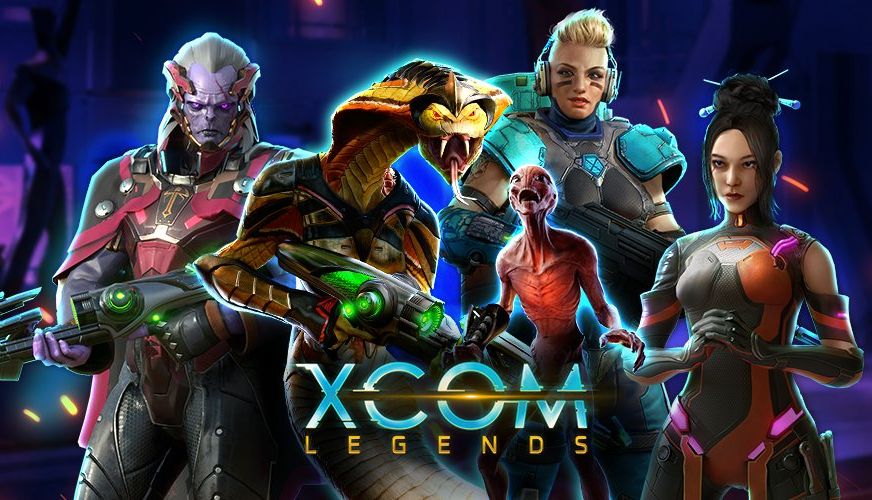 2K has soft-launched a new XCOM mobile game in Asia but so far there’s no sign of a Western launch… or XCOM 3.

It’s now five years since the release of XCOM 2 and under normal circumstances you’d hope to start hearing about a sequel round about now, but so far all there’s been is spin-offs. First there was PC-only title XCOM: Chimera Squad and now there’s a new mobile title called XCOM Legends.

Publisher 2K hasn’t officially announced the game and the only reason anyone in the West knows about it is that videos started appearing on YouTube from players in Indonesia and the Philippines.

The game is only an Android release so far and rather than series creators Firaxis it’s by previously unknown developer Iridium Starfish, who may be an internal 2K studio. Despite the gameplay being very different than normal though the story does follow on directly from XCOM 2.

There have been XCOM games on mobile before, with some impressive ports of the most recent PC games that cost up to £23.99 for the full XCOM 2 Collection.

Premium pricing like that never usually goes down well with mobile gamers though and so XCOM Legends appears to a be a free-to-play game with ads and what looks like microtransactions and gacha elements.

There is an official page for it now on the Philippine Google store, with the game described as a turn-based role-playing game, where you’re invited to ‘squad up with five heroes from your barracks and lead them into quick, turn-based battles’.

As you can see from the videos, the game seems to have you working your way up the screen taking on waves of enemies, rather than the open-ended battles the series is famous for.

Technically, the game has been known about for almost a year, after fans on Reddit initially mistook a leak for some kind of scam.

We contacted 2K about the game and they confirmed the following: ‘We are constantly exploring and testing new experiences to offer our fans the best entertainment and value.’

‘Iridium Starfish has soft-launched XCOM Legends in limited territories, but we have no further information to share at this time.’

There’s no reason to think it won’t be coming to the West, and iOS, but until it’s officially announced we won’t know for sure.

As for the much hoped for XCOM 3, the most recent rumour suggests Firaxis is currently working on some kind of Marvel-themed game with similar gameplay.

Although the leak occurred shortly before E3 it was of 2K’s upcoming line-up in general, with no indication of when the games (which also included a title described as ‘Cthulhu meets Saints Row’) would be officially announced.

That means the rumours could also be fake, although it did include mention of Tiny Tina’s Wonderlands, which was subsequently revealed to be real.