Achievement hunters are being rallied in droves as a new contest has begun, one where netting the most achievements across various Bethesda games will win you a customized Xbox controller. This is running from April 1 to 30, 2021.

You also need either an Xbox One, One S/X or an Xbox Series X/S. PC players with Game Pass do not qualify. You can also only sign up with one account: if you use two different accounts, you may be disqualified. To boot, only the achievements unlocked during the contest count, so it may be worth making a new account if you already have plenty nabbed. 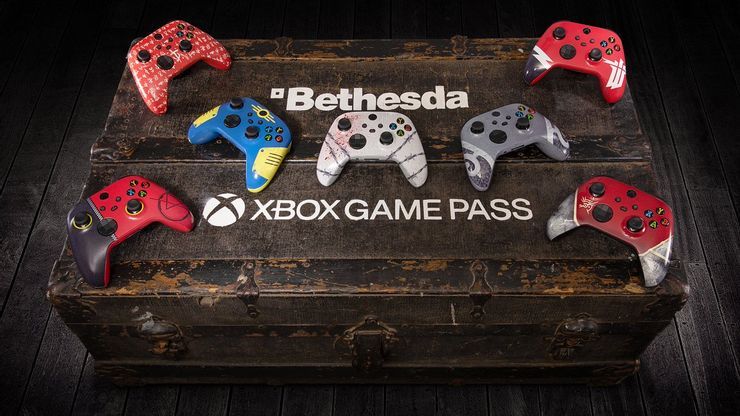 You can get your hands on a Vault-Tec-themed controller and even a Prey-themed one. There are seven in total, and you have until the end of the month to fight for those achievements. That being said, you must be 18 or over, and it’s only running in select countries. Those being The United Kingdom, The United States, Canada, Ireland, Australia, and New Zealand. An Xbox Game Pass subscription also won’t cut it: you need the Ultimate variant.