Gleamlight publisher responds to accusations of being a Hollow Knight ‘ripoff’

Nintendo held an indie game showcase earlier in the week, and one of the games revealed for the show was an action title called Gleamlight. When I first saw the footage, I initially thought I was looking at DLC or a sequel for Hollow Knight. Evidently, I’m not alone: The top response to Nintendo’s tweet about the game calls it a Hollow Knight “ripoff,” and nearly all replies after that mention the existing Metroid-style indie game in some way.

The same is true on YouTube. While the trailer for Gleamlight has only been viewed over 11,000 times as of this writing, all the top comments are about Hollow Knight. The footage also has more dislikes than likes at the moment. 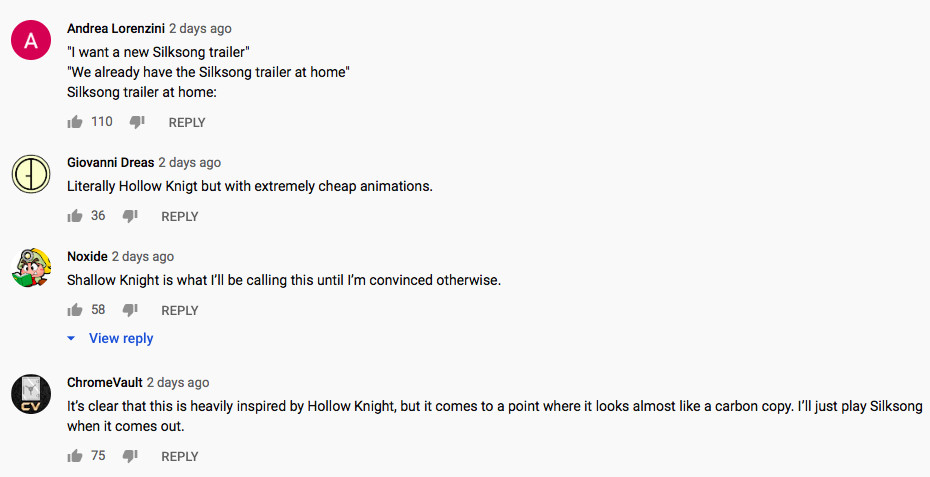 Some of the comments on Gleamlight’s reveal trailer.
YouTube

According to developer DICO, the aesthetics are influenced by “beautiful stained glass artistry,” which tracks — but even so, the similarities between both games are striking. The color palettes seem similar, the hand-drawn style is similar, and the main character has a similar design to that of characters in Hollow Knight. The attacks and movements also seem familiar. 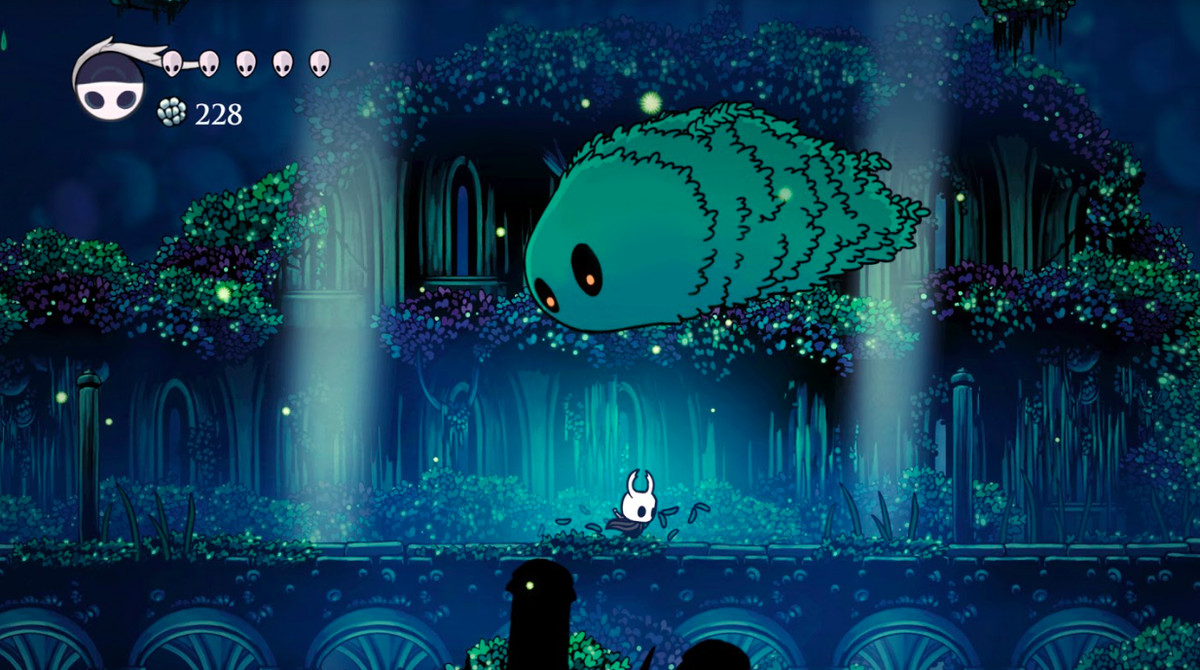 Notably, Gleamlight’s feature list boasts that the game will have the player “navigate without the reliance of any standard game UI, while tracing the world’s mysterious unspoken story.” Hollow Knight also has a minimalist UI and tells the player very little about what is actually going on. Both games also make ample use of darkness to set a somber tone.

Polygon reached out to Gleamlight publisher D3Publisher, noting that fans were unfavorably comparing the aesthetics of the game. Was Hollow Knight an inspiration of some sort? Are the developers of Gleamlight aware of Hollow Knight at all?

In response, a representative told Polygon that Gleamlight may still see some changes.

“‘Gleamlight’ is still in development and it’s not final at this moment,” the representative said. “The dev team is aware of ‘Hollow Knight’ but the game has nothing to do with that title,” the rep continued.

Obviously, no single entity can own an art style or even specific mechanics. Gleamlight’s enemy design is very different from that of Hollow Knight, a game that makes heavy use of bug-like imagery. And of course, Gleamlight isn’t out yet, so we can’t say if the similarities are merely superficial.

Gleamlight will be released for Nintendo Switch in early 2020 according to Nintendo.