I wish the Untitled Beaker Game was real

Last night at The Game Awards, host Geoff Keighley gave me the best gift I could have ever asked for, something so delightful that I didn’t even know I needed it: an Untitled Goose Game and Muppet Labs crossover.

Untitled Goose Game is a slapstick stealth game from indie studio House House that reached mainstream success earlier in the year. Everyone loves the goose. Dr. Bunsen Honeydew and his assistant Beaker from The Muppet Show appeared onstage to give the Games for Impact award — but before they did, they showcased their perfect collaboration with Untitled Goose Game. Beaker donned a very cute Muppet-sized VR headset and wandered aimlessly about the Untitled Goose Game world, and thus was born the Untitled Beaker Game.

Unfortunately, this game is not real. Not real at this time, that is.

As the elaborate mock-up unfolded live last night, Beaker wandered around Untitled Googe Game’s opening levels, only to be chased off by the game’s grumpy storekeeper. Unsuspectingly rounding a corner from an alleyway, Beaker runs into the goose — the horrible goose — which terrorizes the poor little Muppet that I just want to hug.

It was very cute. And look, even Death Stranding star Norman Reedus and director Hideo Kojima liked it. Look at that smile. Norman is delighted. 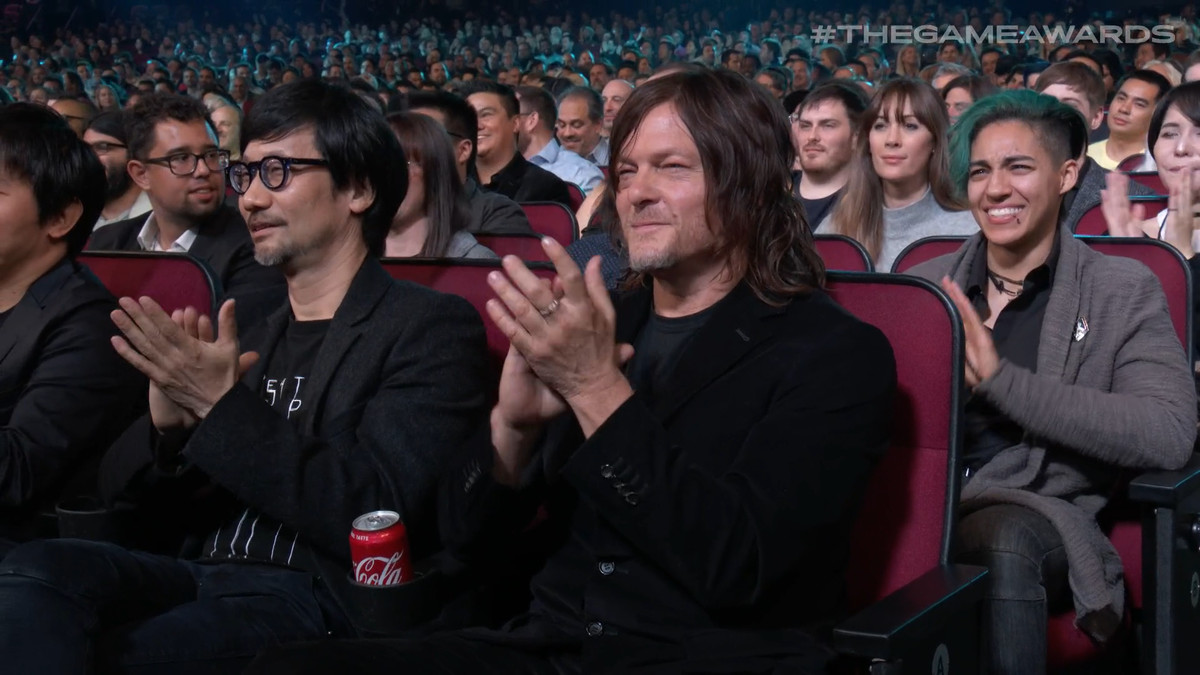 Later, a goose Muppet materialized into the real world, stepping on stage to cause even more chaos. As you may have guessed, that, too, was delightful. It was easily the best moment of the night. I’m not a Muppet connoisseur or anything, but the Muppet Labs crew is now officially my number one Muppet, overtaking the Swedish Chef. I don’t make the rules here.

I think the internet agrees.

What I’m saying is: Make Untitled Beaker Game, you cowards.