Super Crush K.O. is a pastel beat-’em-up about finding your cat

I would do anything to save my cat. Bungee jump? Sure. Run into a burning building? Not advised, but probably. What about punching aliens and robots in the face? I’ll try anything once.

Fortunately for me, only one of those things is possible in Super Crush K.O.

A new trailer for the game shows beautifully illustrated cutscenes along with side-scrolling, brawling gameplay that’s shone in thick, pastel strokes of color. The trailer roughly outlines the premise of Super Crush K.O., in which an alien rudely bursts through the protagonist’s bedroom wall and kidnaps her cat. The cat utters a cranky meow before being spirited away. 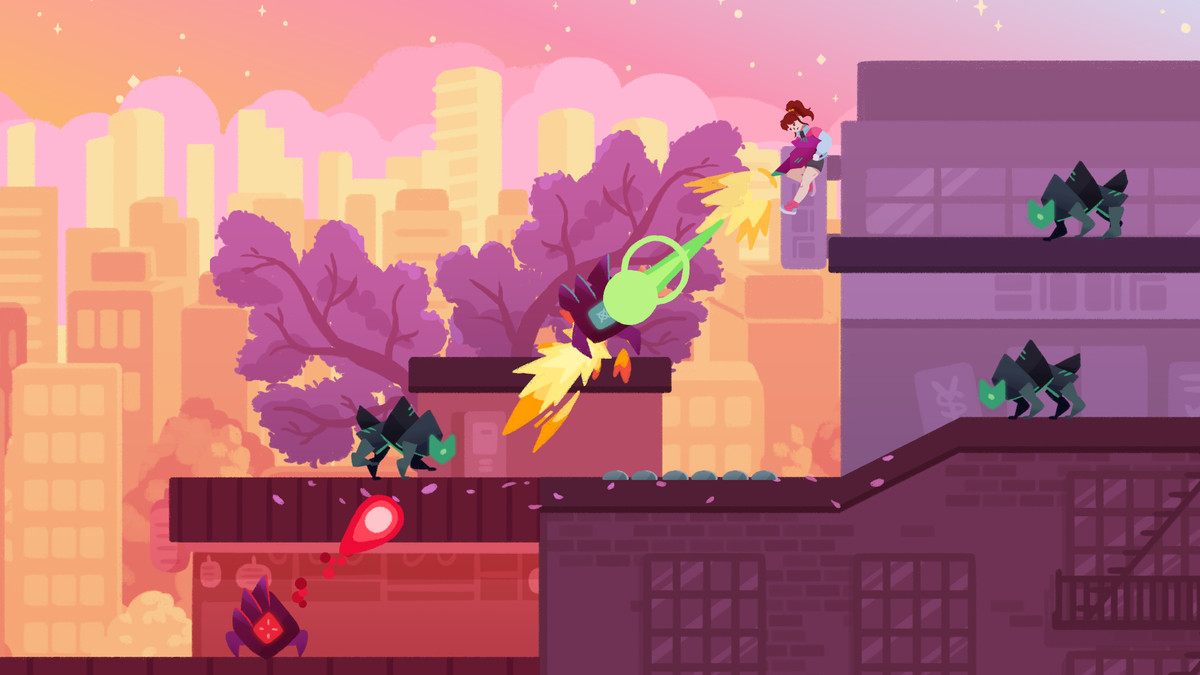 You fight your way through a futuristic city overrun by robots to take back your fuzzy white friend after donning a stylish jacket. Slices of pizza and pretzels hover throughout the environment, offering different power-ups or abilities that can add to your combos. But it’s all in service of that one goal: Getting your cat back.

Toronto-based indie studio Vertex Pop is behind this charming, fast-paced beat-’em-up, which you might have guessed if you played Graceful Explosion Machine or We Are Doomed. Gabby Darienzo, the artist who worked on A Mortician’s Tale, also brings her talents to the in-game artwork.

Super Crush K.O. will be released in 2019 on Nintendo Switch and Steam.

Correction: A previous version of this article stated that Gabby Darienzo did both the in-game and cutscene artwork. Saffron Aurora is the artist behind the cutscenes. We’ve edited the article to reflect this.