It’s been a rough few months for big budget games-as-a-service shooters. Titles like Anthem, which promised an expansive world of looter shooter combat, haven’t managed to stick the landing. Other titles, like Destiny 2, were able to shore up their weak launch with paid expansions. Meanwhile, in the background, one free-to-play title has been quietly humming along, reaching greater levels of success and acclaim.

Starting Warframe in 2019 is an intimidating task for the brand new player, but it’s still well worth exploring — especially with the game’s community of players, who have rallied around the challenge of bringing new Tenno aboard.

‘Tenno’ is the noun used for the player character, who awakens from cyrosleep, only to be immediately thrust into conflict with the Grineer. Luckily, my Warframe gets me through the conflict, and I am aided by the benevolent Lotus. Confused at all the proper nouns? It takes a while to pick up the size and scope of Warframe’s plot, but that largely doesn’t matter. Most of it is pretty standard sci-fi stuff — an ancient empire crumbled, the factions of that empire are now at war, and I am a powerful card put into play.

What that effectively means is I unlock a host of missions with variable objectives and I get to jump around and be a ninja. Warframe’s combat is a genuine joy. Movement is fast, fluid, and beautifully lethal. Individual hits can have a huge impact — I take pleasure out of pulling back an arrow and firing it right through an enemy’s head, where he ricochets back and is pinned to a wall. Melee attacks are accompanied with a satisfying sound effect and bright flash along with a snappy animation. 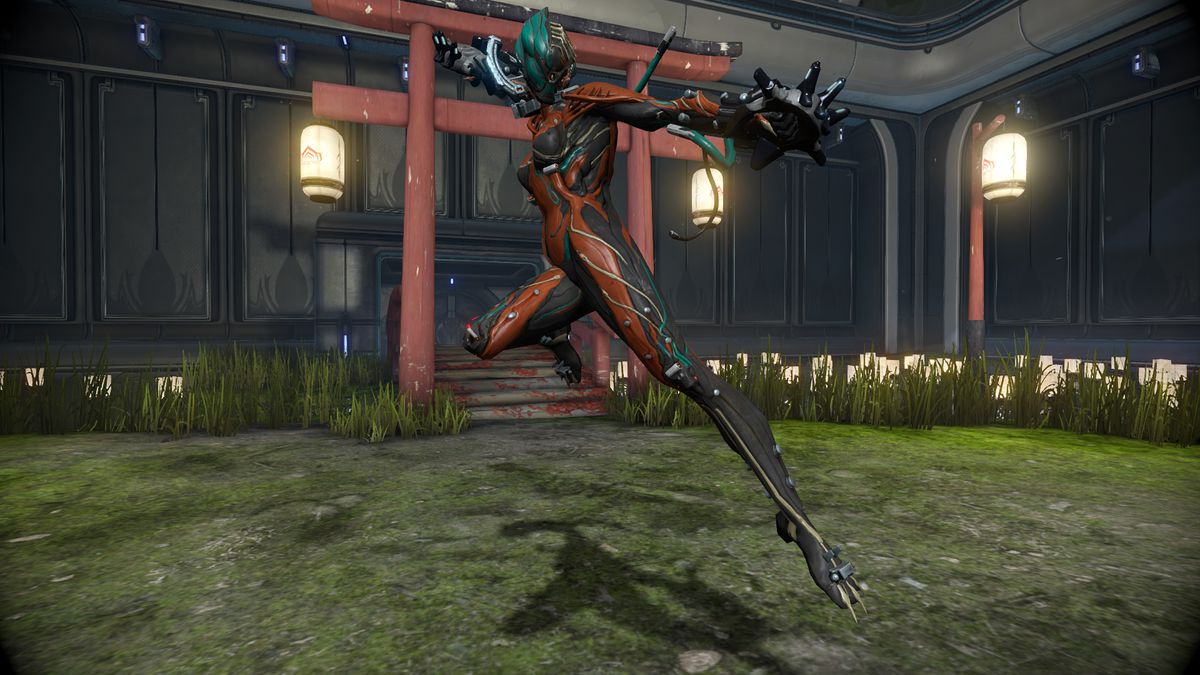 Even exploring the non-combat environments are novel and intriguing. At one point, I get to the first major human civilization, and after going through military bases and space ships and hostile ice planets, it’s a breath of fresh air. Not only is Cetus on Earth placid and calm, an oasis of peace after a stretch of slicing and dicing, but it’s a fascinating hub. I stop in my tracks to watch workers carve meat off a mystery slab. I run through a crowded, sprawling market where red tarps and silver bound lights hang down over people hawking their wares and chatting with friends. I’m still not 100% sure what’s going on in this world, but hubs like Cetus make me want to find out.

The problem with Warframe isn’t with content, per se — there’s an endless deluge of things to do, and it’s all well done. The problem is finding your way. I log in and I’m assaulted with mail and objectives. I look at a sprawling star map and feel sweat bead on my brow. It’s not always clear what missions lead to progression and which one just give rewards, and oh god, what rewards to equip. Every time I log onto Warframe, I am faced with a firehose of content pointed directly at my face and I am drowning.

This is a pretty big problem, but I found relief from a surprising source: veteran players of the game. As someone who has been going online to get my game on for about twenty years now, I have often found the gaming community who has entrenched themselves in an online game to become protective of the culture they’ve formed and suspicious of newcomers, especially when they come en masse. 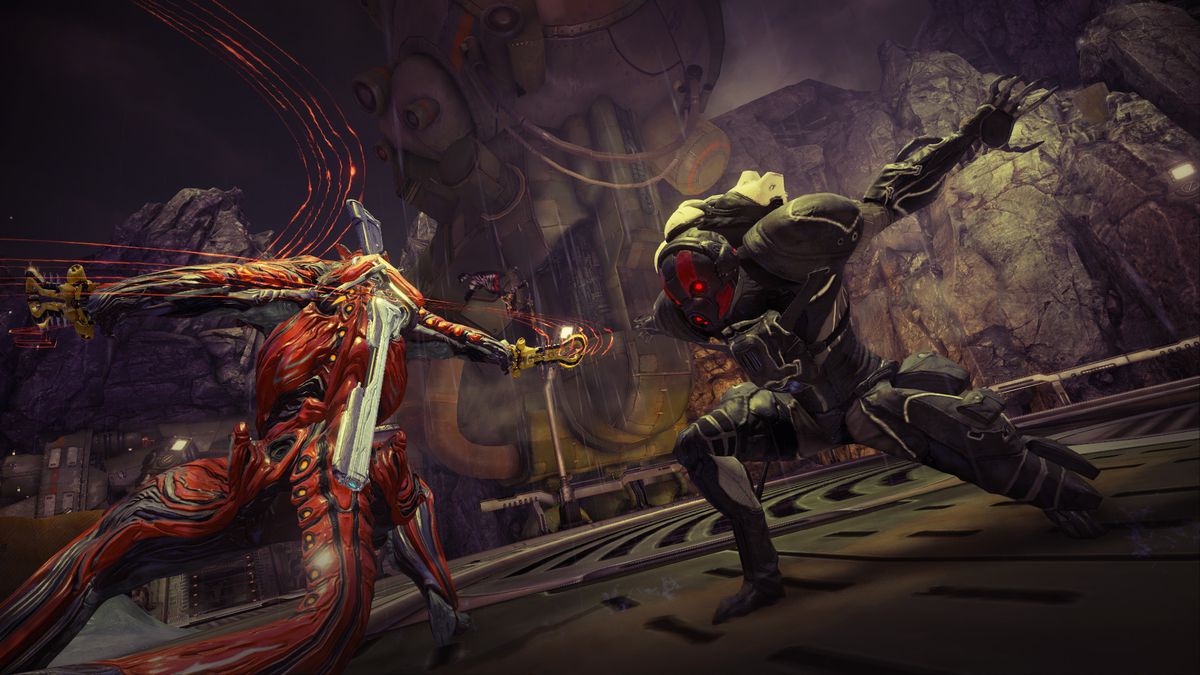 In Warframe, everyone I encounter who is higher level than me is immediately obvious based on three things: one, the fact that their Warframe is sick as hell. Two, the fact that they have access to tools I’ve never even dreamed of, like mechano-skateboards. Three, they’re friendly. In League of Legends, when I introduced a new friend to the game, I took him into a bot game where he was promptly called a slur. In Warframe, a veteran joined my low-level game and asked if I had any questions. When I admitted I was so new I didn’t even know what to ask, he sent me some links to a wiki and guide.

That’s not a one-off experience. I have yet to be cussed at, no matter how far behind I fall to the extraction. Warframe has a nice community, and that’s something crucially important, because without them it would become even more opaque and inaccessible.

As it is, I look forward to continuing to plumb the secrets of Warframe. I’ve decked my own Warframe out in neon pink and teal, and while I’ve encounter microtransactions, they feel fully optional and not necessary to progress. Instead, I find myself exploring this new world at my own pace. Warframe is six years old and continually updating, but it’s not too late to jump in, as long as you’re patient enough to sift through early missions and the gameplay immediately grabs you.

Warframe is available on PC, Xbox One, Playstation 4, and the Nintendo Switch. The newest update, the Jovian Concord, is expected to hit this week.