Did you ever think that Intel would top the Core i9-9900K with something faster? It has. Meet the Intel Core i9-9900KS, which pushes every core on the chip to a whopping 5GHz.

Let’s break this down. The Core i9-9900K offers a base clock of 3.6GHz, and a boost clock of 5.0 GHz. The assumption has always been that the boost clock only applies to one core, and all of the remaining cores will be lower. It’s just that Intel doesn’t always list the clocks for all the cores. 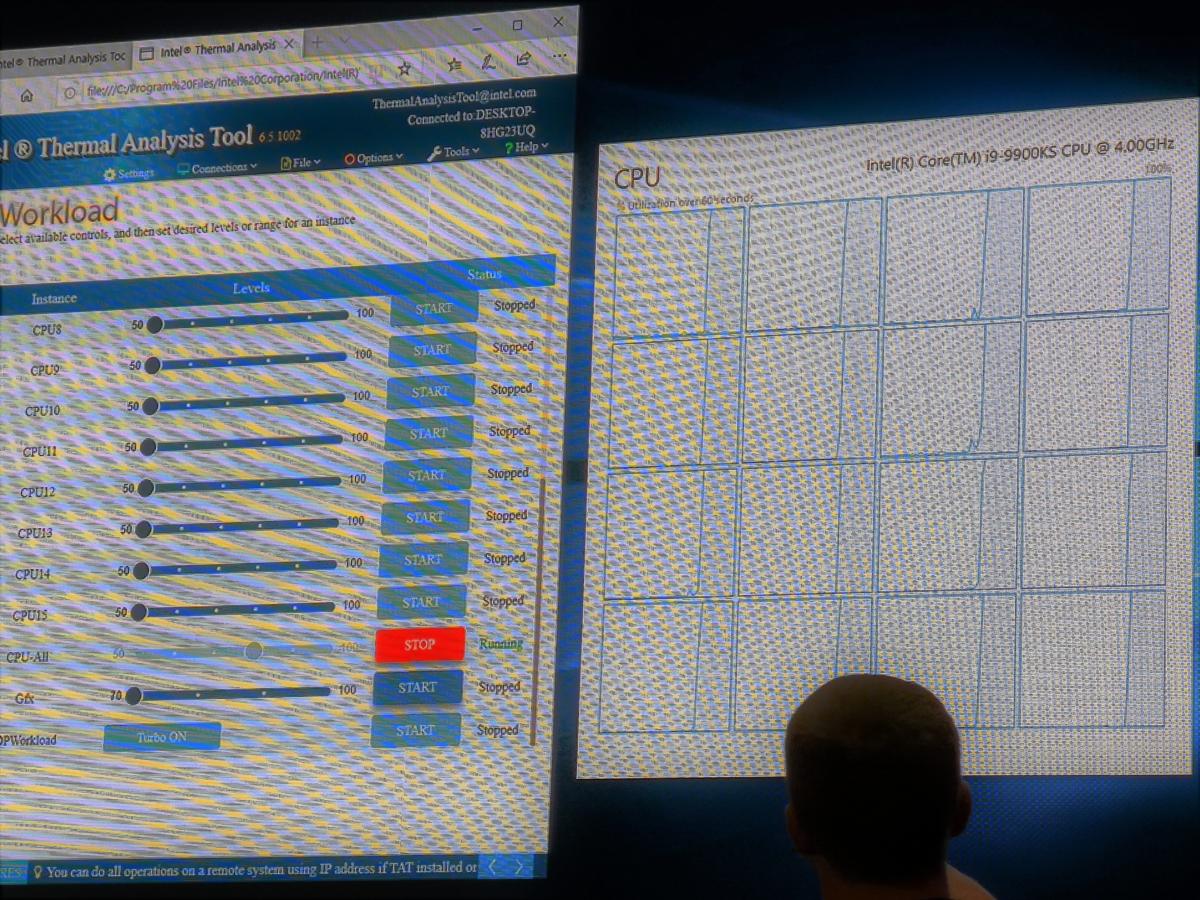 Just to prove the chip works, Intel ran the Core i9-9900KS through a testing app for the reveal.

Here’s what else we know of the Core i9-9900KS so far: Like the Core i9-9900K, it has eight cores and 16 threads. Unlike the 3.6GHz Core i9-9900K, however, the i9-9900KS base clock is 4GHz. The chip will contain integrated graphics, but Intel isn’t saying what the TDP will be, or if any special cooling solutions will be required. Executives also implied that the chip will be generally for sale, but provided no information on cost, ship dates, or how many Intel will produce.

Intel has flirted with even faster chips, specifically the Core i9-9900XE, a Core i9 desgned specifically for the financial industry that was sold via auction, and then later in private sale. The Core i9-9900KFC has also been listed within AIDA64, a diagnostic solution for Windows, though little else is known about it.

Intel characterized the Core i9-9900KS as a “sneak peek” of the technology, implying that Intel senior vice president and general manager of the Client Computing Group Gregory Bryant would have more to say about the chip in his Tuesday event here at the Computex show in Taiwan.