While some might think he resembles season 1, episode 1 Walter White (and PC Gamer calls him “your dad cosplaying as James Bond” I think this prince Ubisoft is promising looks more like Herbert Kornfeld, the late accounts receivable supervisor for Midstate Office Supply. 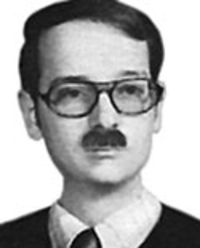 Not Warden.
The Onion

Kornfeld was better known a columnist for The Onion, debuting with the cri de coeur “Keep Your Fucking Shit Off My Desk” on Nov. 4, 1997. Over the next 10 years Kornfeld wrote about workplace issues in a trenchant and forceful style that became a hallmark of turn-of-the-century newspaper criticism. He was found dead April 30, 2007, bludgeoned to death by the lid of a photocopier. No arrest was ever made in connection with his death.

Anyway, back to more relevant matters. Warden’s real name is “Collinn McKinley” and despite, or perhaps because of his appearance, he is a 30-year veteran of the U.S. Secret Service. No ageism in this roster!

Ubisoft says Warden’s rec specs are in fact “Glance Smart Glasses,” How they work in gameplay isn’t known. Canonically, “They reflect the nature of his natural talent, to see what most cannot in order to gain the upper hand in any given situation,” says Ubi. “He would be just as talented without them, but with them, there’s nothing he can’t tackle.”

Warden will join Siege in Year 4 Season 2 (officially Operation Phantom Sight). That season’s premiere date hasn’t been announced yet, but Ubisoft will offer a full reveal during the Pro League Finals from Milan tomorrow.

Warden is not alone; he’ll be joined by a Norwegian attacker named Nøkk, who hasn’t been revealed yet.