Ubisoft has apologized after Tom Clancy’s The Division 2 players spotted a piece of environmental art that contains a subtle but unmistakably homophobic slur.

The image in question concerns a mural on the side of a building in The Division 2’s Washington, D.C. Evidently a reference to the cover of a 1981 single by the punk band Black Flag (whose lead singer at the time, Henry Rollins, is from Washington), it shows a cop wearing a badge whose number is “FA6607.” 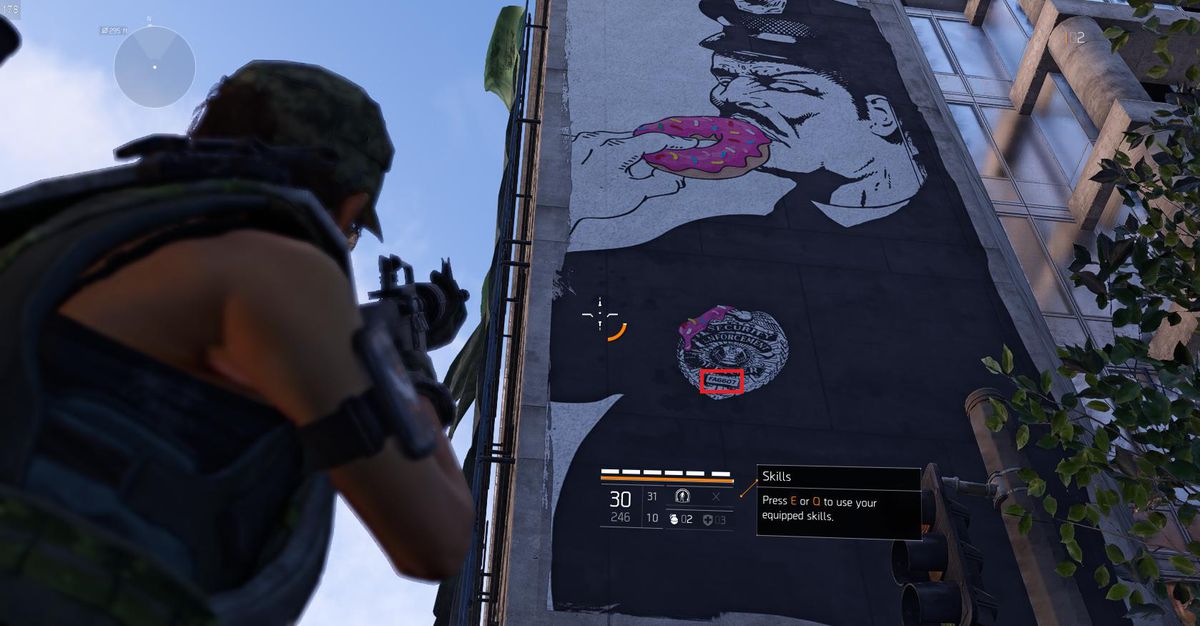 The slur doesn’t obviously present itself to passers-by — it was recognized in an Imgur gallery of environmental art in the game, and then only when players who recognized the reference zoomed in on the badge. Ubisoft apologized for the art anyway, and in a statement said it would be reviewing its studios’ asset reviews processes. The image was taken out via patch yesterday, Ubisoft said.

“We apologize that this image slipped through our content review processes,” Ubisoft said, according to PC Gamer, “and we are currently reviewing them in order to avoid this kind of oversight from occurring in the future.”

Ubisoft has run into development-level gaffes like this before. At the end of 2017. For Honor added a new finishing animation in which the victim of a female fighter class appeared to grope her before she finished him off. At the time, an Ubisoft rep said the offending animation was an earlier version that had not been approved, and was uploaded to the game by mistake. It was replaced almost a month later, with an apology and promises that “additional stop gaps” had been added to their process to keep such things out in the future.

And in January, Ubisoft’s tentpole Assassin’s Creed series ran into trouble when a DLC extension for Assassin’s Creed Odyssey forced the player into a traditional heterosexual romance resulting in the birth of a child, despite same-sex romance options throughout the main game. The game’s creative director apologized and said the narrative reasons for that kind of character development were “poorly executed.” Ubisoft Montreal later made changes to a cutscene and the name of a trophy/achievement for completing the chapter. Assassin’s Creed Odyssey was still nominated for a first ever Media Award for video games by the LGBT advocacy organization GLAAD.