It’s a shame that legendary horror manga creator Junji Ito never got a chance to work in video games. With Silent Hills being canceled, I thought I’d never be able to play a game that implements his trademark storytelling style that fuses the mundane with grotesque horror. But Yuppie Psycho, a “first job survival horror” game out now on Steam, looks and plays like the next best thing.

Developer Baroque Decay’s latest game serves up a plot that feels cut from the same cloth as Ito’s ghastly works: I play as Brian Pasternack, a young, lower-class guy who gets offered a job at a prestigious company. That boring setup hides one of the best conceits I’ve played in a modern horror game.

Going to work soon thrusts me into a disturbing world where everyone but the main character has succumbed to some kind of wicked force. But instead of slowly falling victim to the darkness, Yuppie Psycho adds a twist that forces me to take control of the story and fight for myself and everyone around me. What follows may sound like a spoiler, but don’t worry: The basic plot of the game is described on the game’s official Steam page.

My new job doesn’t require me to spend time shuffling papers or shambling around the office like the undead as the hero of the story. Instead, I must find and kill a witch who has infiltrated the company and has slowly taken control. It’s a shocking revelation that happens right at the game’s outset and lays the groundwork for the rest of the experience. My character is just a normal person, he’s not strong or especially gifted, but that’s part of what makes it so thrilling when he begins this adventure. 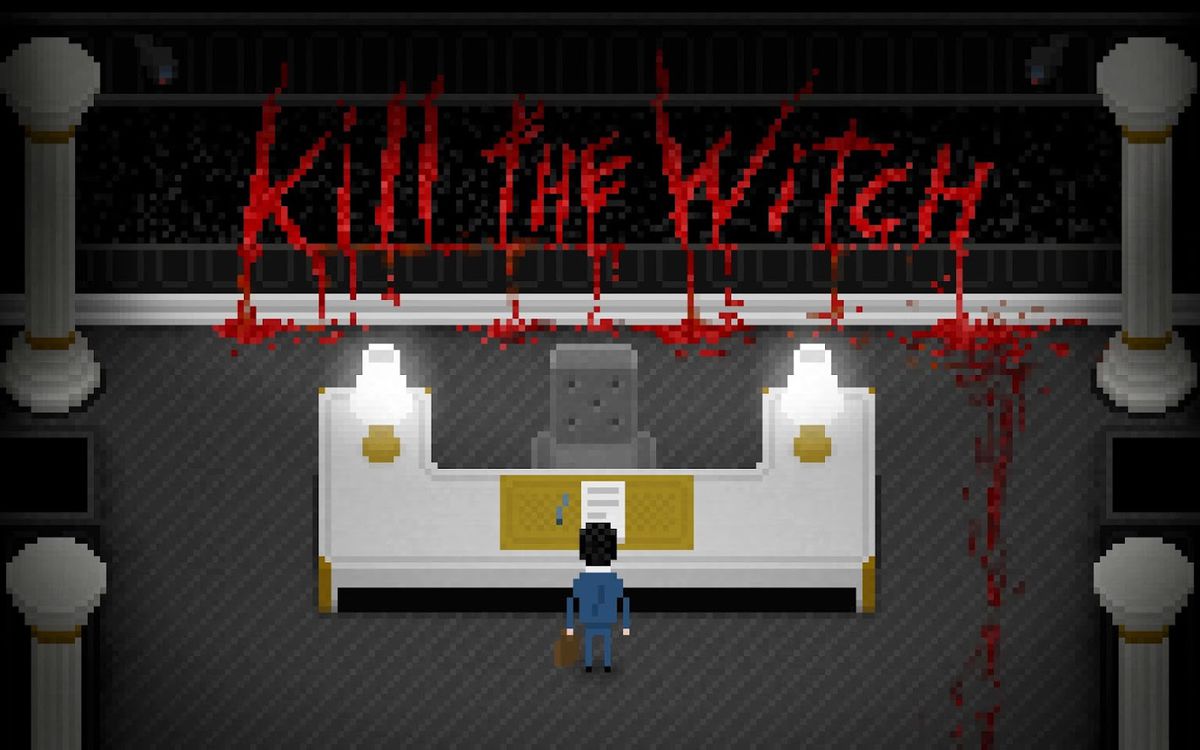 Rooting out the witch requires that I gather specific, useful items, solve small puzzles, and speak to other characters. There are also some survival horror elements, such as sneaking past officemates who have turned into monsters. All of this must be done in secret so I don’t expose myself to the witch or any of her lackeys posing as normal coworkers.

Much of my time discovering these secrets is spent acting normal as well. I make coffee that will help me regain health, I search for files in store rooms, and I try to make friends with other office workers. I do this while navigating an office that is twisted and horrific; some areas in the early game are shrouded either in complete darkness or in a deadly green fog. Bloody messages are hidden behind filing cabinets, and some of my more dangerous coworkers can be found trapped in conference rooms, struggling to break free. It’s not clear who put them there.

I initially thought that Yuppie Psycho’s simple, pixelated art style wouldn’t be as effective at translating fear as the detailed art seen in my favorite horror comics. But I was wrong. I was chased down a dark hallway by a grotesque, beast-like humanoid. I was stalked in a dimly lit library by an abomination that dropped landmines with eyes. And I was swallowed alive by a massive, talking mouth that was being worshiped by coworkers in their underwear. 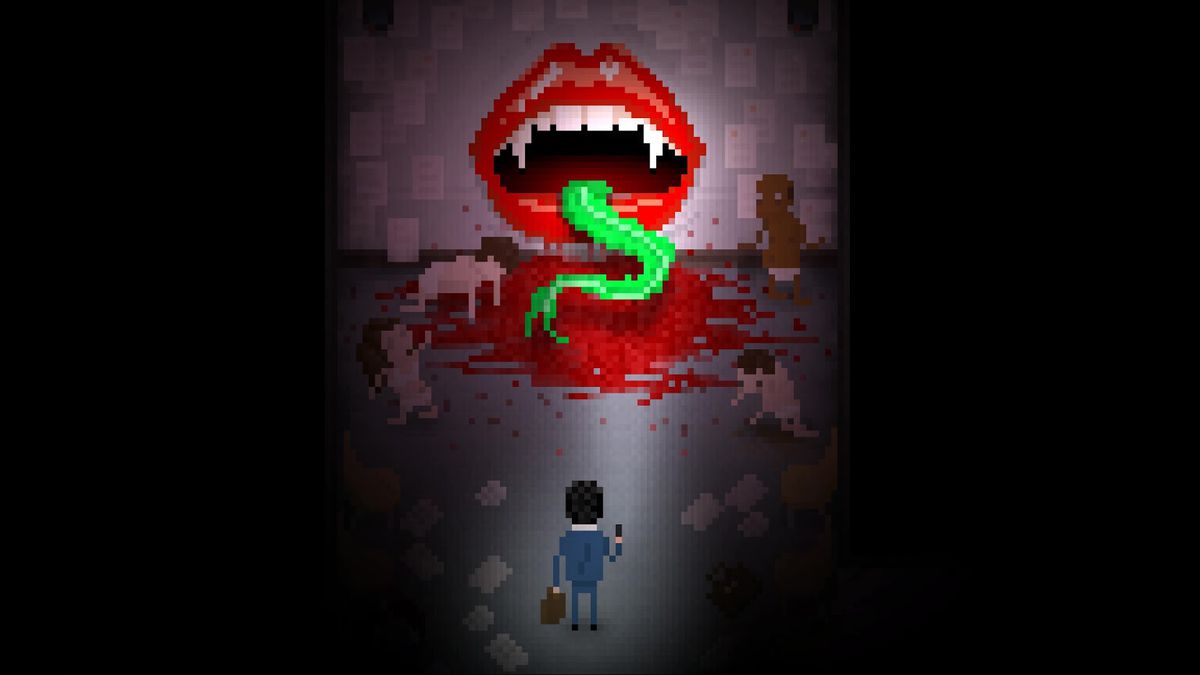 That latter scenario is the most Ito-esque. The sight of a giant mouth in a wall, with red, pursed lips, is surreal and horrific. But my in-game coworkers have come to not only accept, but worship, this bizarre monstrosity. There are several clothed coworkers in office chairs beside it, lamenting that they haven’t yet been chosen to be consumed. The dialogue is delivered so casually, as if they were discussing their latest performance review. The twisted reality is so prevalent that it becomes commonplace for everyone but the main character, further highlighting the absurdity of the situation.

Yuppie Psycho is full of these moments, all of which skirt the line between surprising horror and willful acceptance. But I also ran into one major design choice that slows down the game’s momentum.

Certain encounters, like the hallway monster or the massive mouth, have the chance to kill me instantly. Dying sends me back to the last time I manually saved my game, as there are no checkpoints. But I can’t save unless I use two finite resources at designated save points, forcing me to carefully choose where and when to save my game. This can be annoying, but at least the process of saving is interesting; I literally photocopy my soul onto a piece of magical paper. 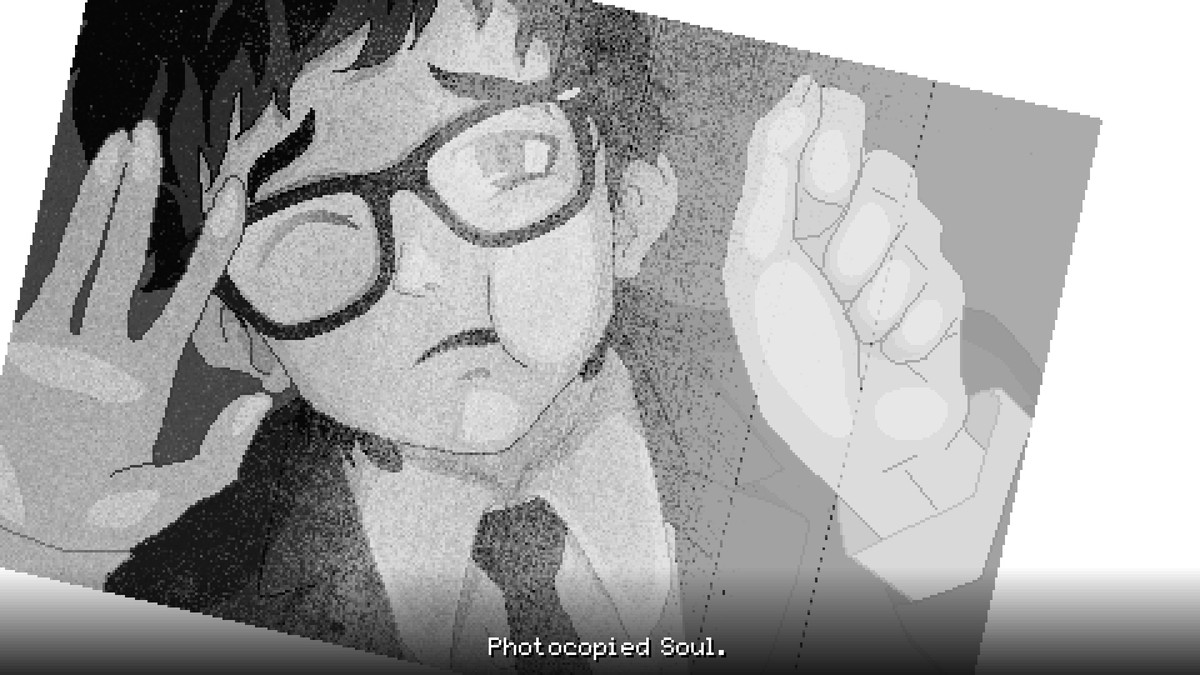 That small blemish aside, I can’t stop myself from playing to see how far Baroque Decay pushes the envelope. When I asked the developers about their inspirations, game designer and scriptwriter Francisco Calvelo told me that the team loves “authors that mix genres and twist realities, like [David] Cronenberg, [Dario] Argento, [David] Lynch, [J.G.] Ballard and Japanese uncanny visions like [Shinya] Tsukamoto, Shintaro Kago or Junji Ito.”

Those are great starting points for this kind of game, and I’m both nervous and excited to find out what disturbing oddity will show up next as I explore more of Yuppie Psycho.