Apex Legends’ next event, Voidwalker, kicks off Tuesday and runs for the next two weeks. The event offers a new limited-time mode, another town takeover, and both free and premium loot.

The limited-time mode is called Armed and Dangerous, which limits weapons to long-range and up-close — namely, sniper rifles and shotguns. Loot in this mode is “much harder to come by.”

A double XP weekend will take place Friday Sept. 6 to the following Monday, 10 a.m. PDT/1 p.m. EDT on both days. That awards double XP for victories and top 5s in both account progression and battle pass progression.

The town takeover is in Kings Canyon, where the remains of a Project: Wraith facility have been discovered. Inside the base is a “functional prototype portal,” that can be used to get further into position, or to leave entirely and reinitiate skydive. Respawn Entertainment said “hidden lore details,” are throughout this new location.

Two tiers of free, challenge-based loot accompany the mode, delivering weapon skins, badges, crafting resources, a loading screen and a music pack. The premium stuff will be available for direct purchase in two rounds, each a week long. Here it is: 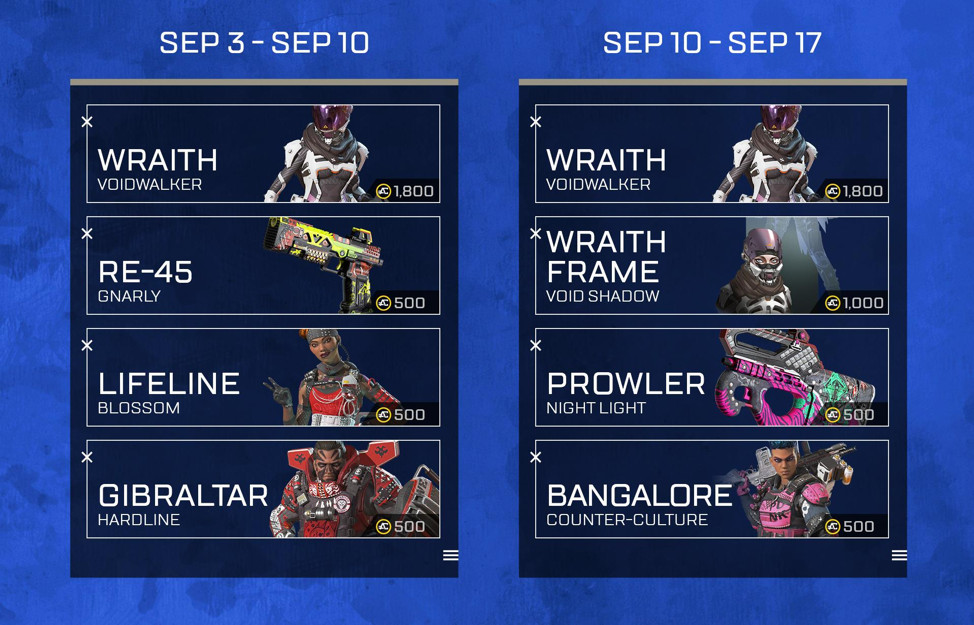 Respawn said that six more legendary items will also be added to the core loot pool, meaning they can be acquired via crafting or through pack openings. They’ll also be available for direct purchase.

Apex Legends, the battle royale set in the Titanfall universe, is free to play for PlayStation 4, Xbox One and Windows PC.