Elite: Dangerous’ massive starship will usher in a new era of epic exploration

Elite: Dangerous, the epic spacefaring MMO first launched in 2014, is adding a revolutionary new starship to its roster. These massive vessels are called Fleet Carriers, and they’re designed to allow high-level players to move their collection of expensive space toys around at a moment’s notice. But fleet carriers also have a number of other game-changing features, and one dedicated group of players wants to use them to help reveal new corners of the game’s realistic interpretation of our galaxy.

Elite is unique for a number of reasons, including the size and scale of its game world. Using a powerful digital rock tumbler called the Stellar Forge, developer Frontier Developments created a realistic model of all 400 billion star systems in the Milky Way galaxy and then left them there for people to find. Thousands of players, working together since the game launched, have only discovered 0.042% of them so far.

That leaves a lot of ground yet to cover, and has given birth to a small but dedicated group of highly-skilled pilots who want nothing more than to discover the strangest, most distant, and most beautiful parts of this virtual galaxy.

A Fleet Carrier in orbit. Note the eight large rectangular landing pads along the main body, flanked by two smaller landing pads in the foreground. Each carrier can hold up to 16 ships at a time.
Image: Frontier Developments

In 2019, I joined those intrepid explorers on a guided tour from one side of the game to the other, a trip that took me four real-world months. The biggest danger along the way was running out of fuel or suffering catastrophic damage that couldn’t be repaired. Even a dedicated group of in-game mechanics, calling themselves the Hull Seals, wasn’t able to save everyone who ran into trouble. Now those same explorers are making plans to do something about it, making the galaxy a little safer for Elite’s explorer class to travel through.

This new player-led project, called the Deep Space Support Array (DSSA), will use Fleet Carriers to create safe havens all across the Milky Way. So far over 100 players have signed up to be commanding officers, buying the ships and leading the expeditions to position them and support them over time.

The DSSA distribution map as of April 25. Each green chevron represents one player-owned fleet carrier. Some regions have more carriers because there are more stars to explore inside them.
Image: Commander Qohen Leth

“The DSSA is a project to deploy a network of support Carriers all over the galaxy to help explorers in their deep space travels,” said Commander Qohen Leth on the official Elite: Dangerous forums. “Those Carriers, offered by individuals, groups, factions or squadrons, would remain in a fixed and public location for at the very least a full year, open to all, with at least repair services, at a fair price (other services are at the owner’s liberty). Beacons in the profound night, they would form a mesh of safe harbours for anyone who would need a rest stop.”

Getting started in Elite: Dangerous

Trouble is, no one really knows right now what it’s going to take to keep a Fleet Carrier running. The ships utilize a new type of fuel that must be mined from icy asteroid belts, which allow them to jump further and fly faster than any other ship in the game. Adding to the complexity of the DSSA, Frontier is still finalizing the Fleet Carrier design. Players had a shot at flying them around earlier this month on PC during an open beta, and a second open beta is planned for May on PlayStation 4, Windows PC, and Xbox One. The massive ships are set to go live sometime in June 2020.

One thing is certain, however; it’s going to take a herculean effort to move more than 100 massive ships across the Milky Way and keep them supplied for a year. The team leading the DSSA tells Polygon that players interested in participating should check for new expedition listings on the Elite Dangerous Star Map and on the official Frontier forums. If you were looking for a reason to pick up Elite: Dangerous and start building out your own starship, now is an excellent time to get started. Frontier also plans another paid expansion some time later this year. 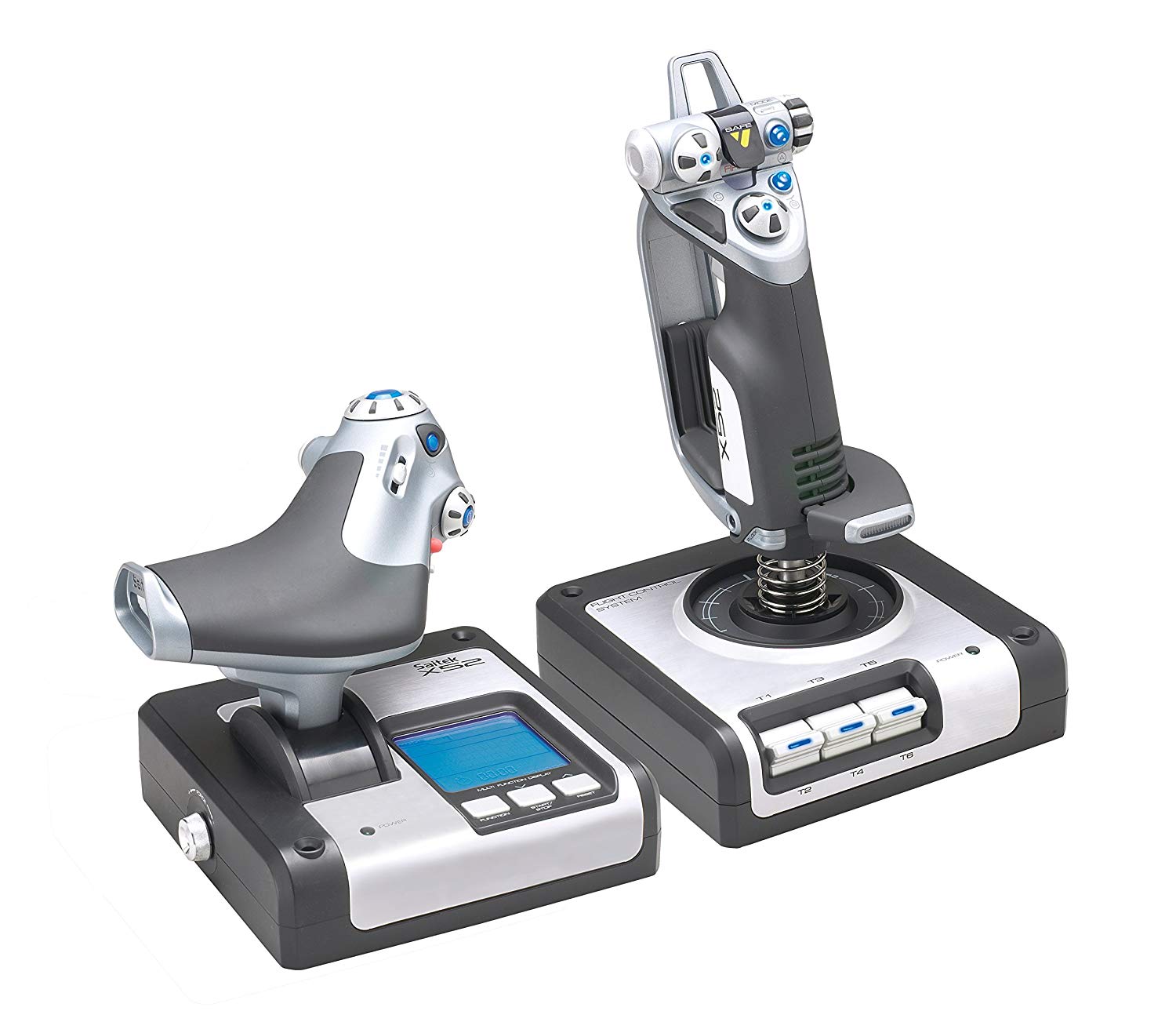 The Logitech X52 is an excellent throttle and stick for flight simulation. It also happens to be literally modeled into the cockpit of every single starship in Elite: Dangerous. The buttons are mapped extremely well, and you’ll have no trouble taking flight once you open the box.